Phenomenal framed photograph of  a hurler silhouetted against the pink or superman which occurred in Ireland on 7th/8th April 2020.The remarkable photograph was painstakingly preplanned by James Crombie and the result is stunning.

“A supermoon occurs when the moon’s orbit is closest (perigee) to Earth at the same time it is full. When a full moon appears at perigee it is slightly brighter and larger than a regular full moon — and that’s where we get a “supermoon.” —” This supermoon is also a Pink Moon, so-called by the Native Americans because of the pink flowers that appeared in the east of North America at this time of year . 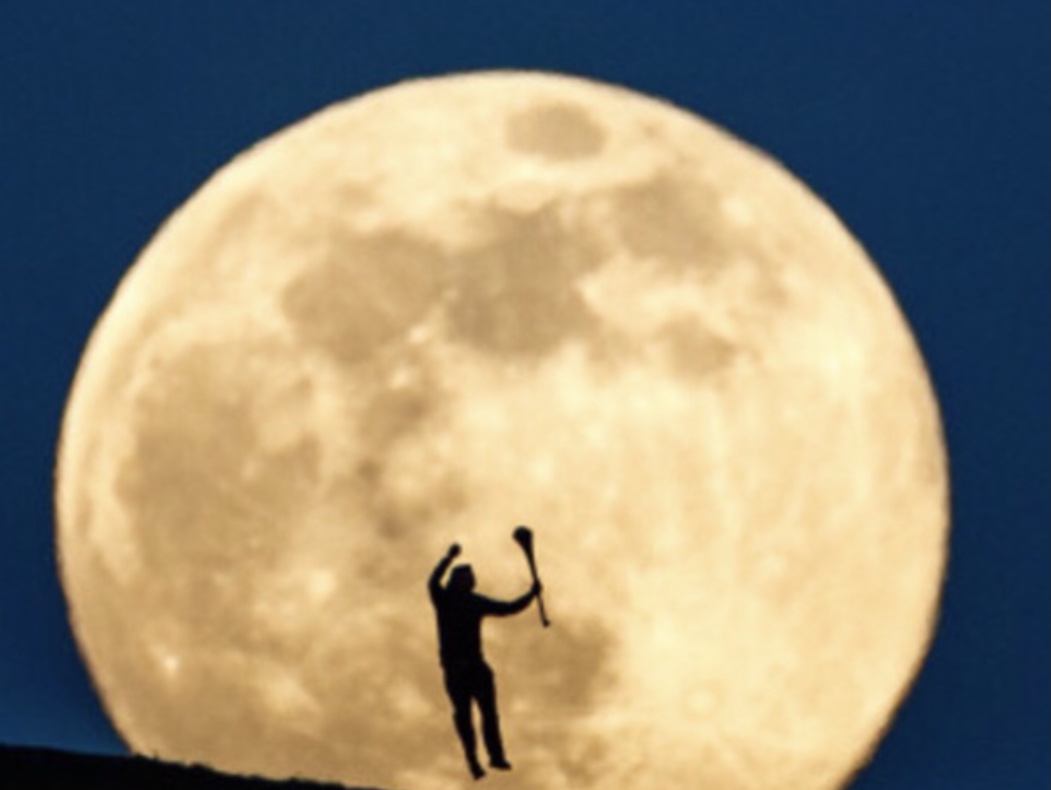 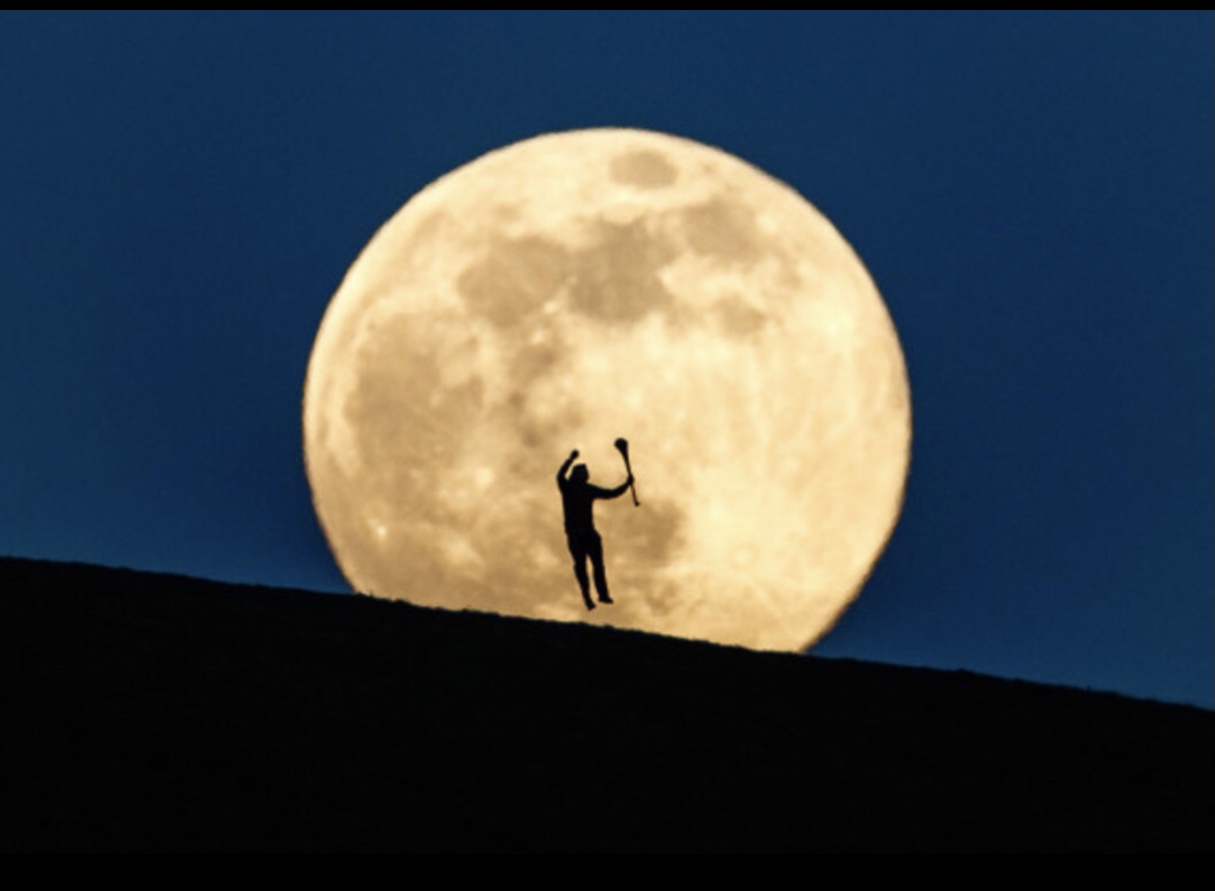