Small but beautifully ornately framed Bushmills whiskey mirror ,officially the worlds oldest whiskey distillery- when in 1608 King James I granted Sir Thomas Phillips,landowner and Governor of Co Antrim,Ireland – a licence to distill.It was in 1784 when Mr Hugh Anderson registered the Old Bushmills Distillery and the Pot Still became its registered trademark, which is still a mark of genuine distinction to this day. 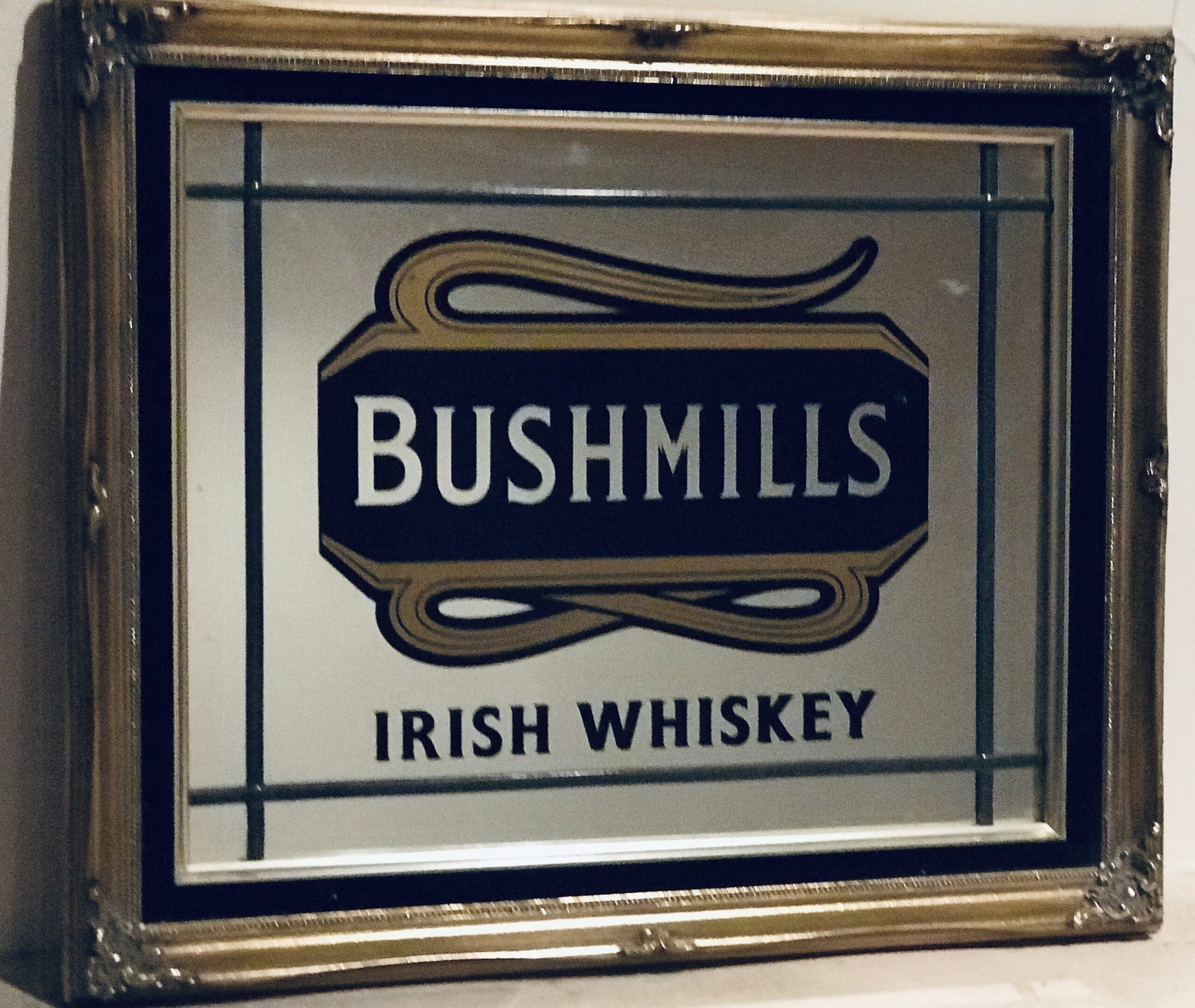 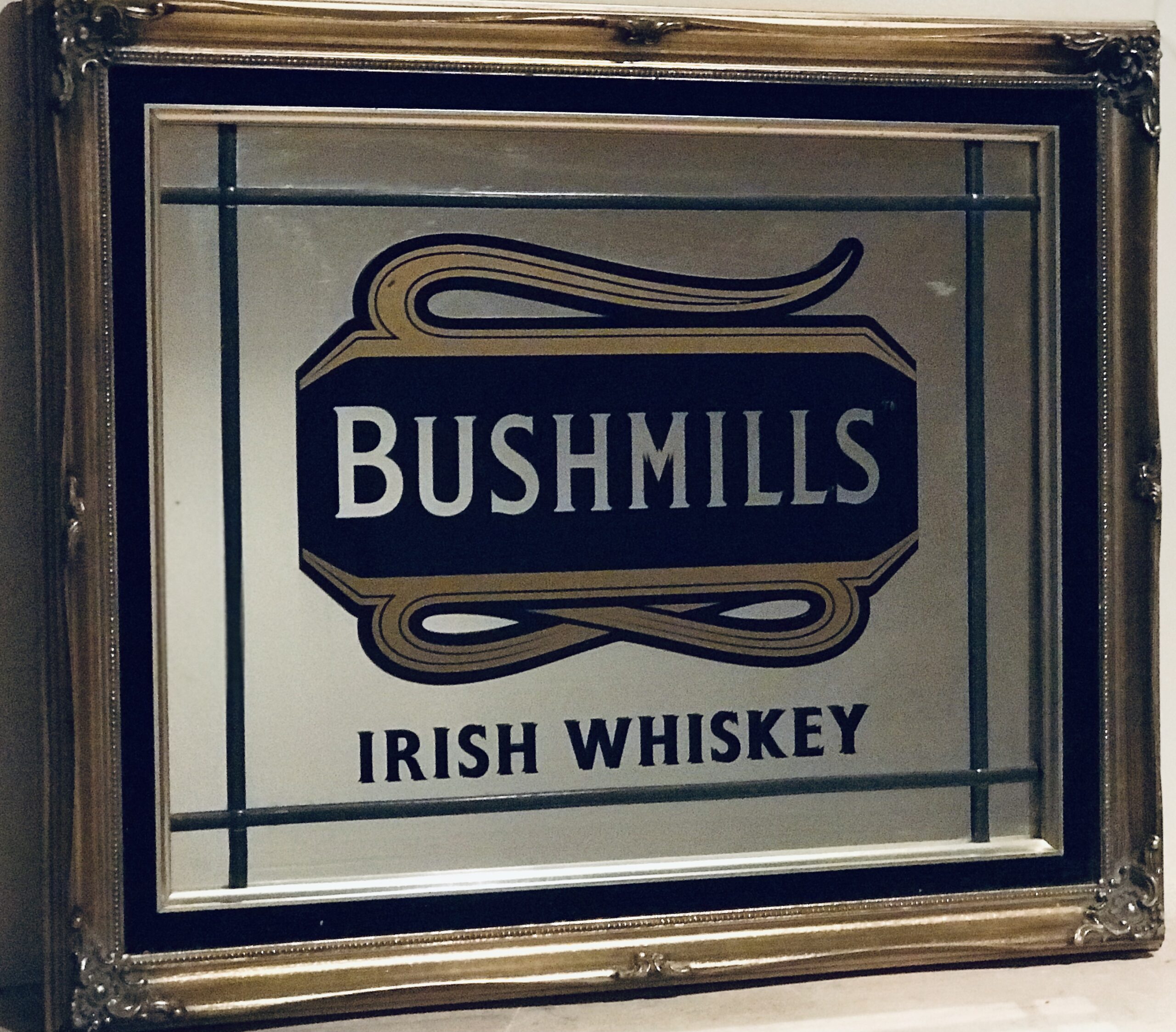 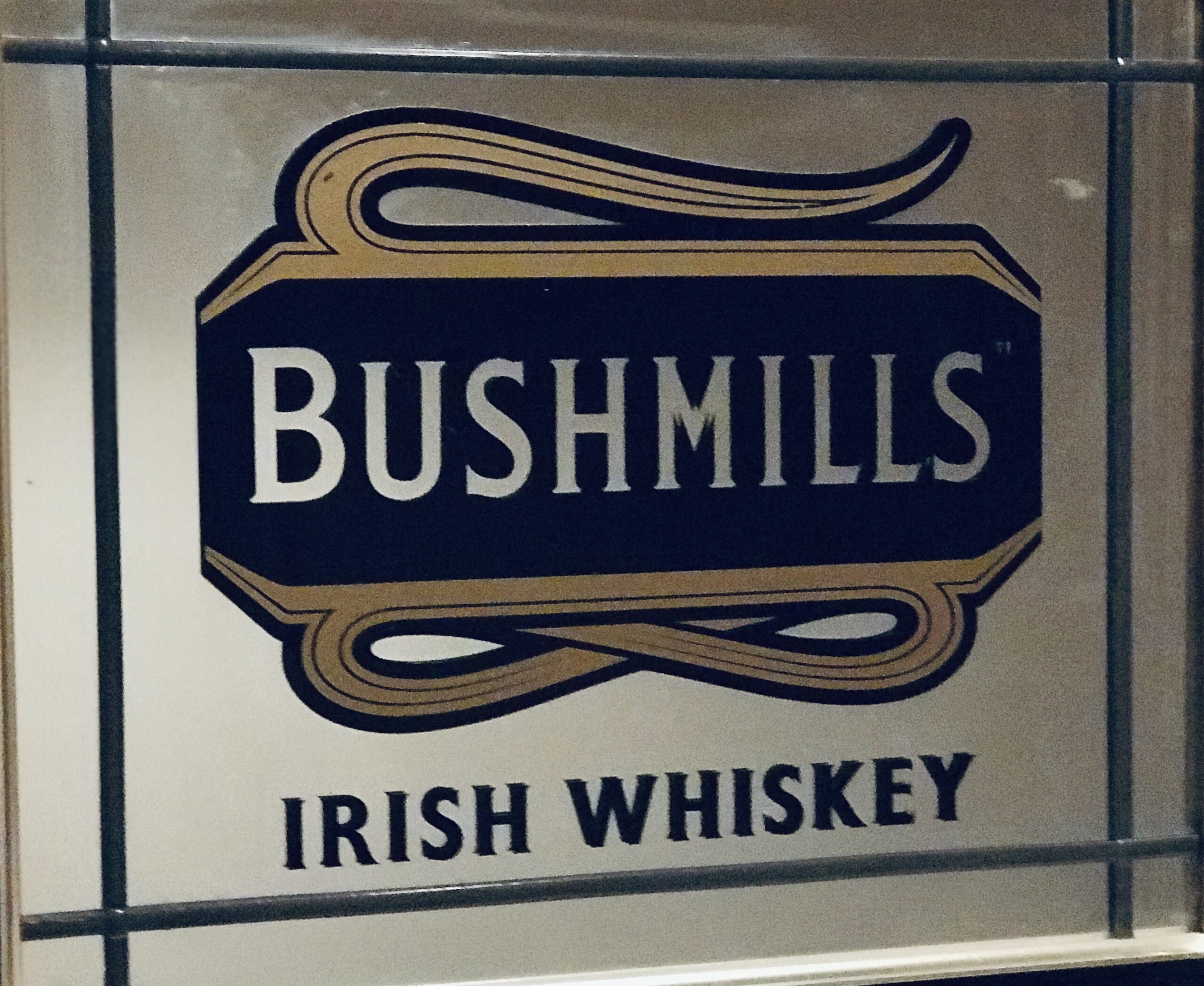