The Jack Daniel’s brand’s official website suggests that its founder, Jasper Newton “Jack” Daniel, was born in 1850 (and his tombstone bears that date), but says his exact birth date is unknown. The company website says it is customary to celebrate his birthday in September.The Tennessee state library website said in 2013 that records list his birth date as September 5, 1846, and that the 1850 birth date seems impossible since his mother died in 1847.In the 2004 biography Blood & Whiskey: The Life and Times of Jack Daniel, author Peter Krass said his investigation showed that Daniel was born in January 1849 (based on Jack’s sister’s diary, census records, and the date of death of Jack’s mother).

Jack was the youngest of 10 children born to his mother, Lucinda (Cook) Daniel, and father Calaway Daniel. After Lucinda’s death, his father remarried and had three more children. Calaway Daniel’s father, Joseph “Job” Daniel, had emigrated from Wales to the United States with his Scottish wife, the former Elizabeth Calaway.Jack Daniels’ ancestry included English, and Scots-Irish as well.

Jack did not get along with his stepmother. After Daniel’s father died in the Civil War, the boy ran away from home and was essentially orphaned at a young age.

As a teenager, Daniel was taken in by Dan Call, a local lay preacher and moonshine distiller. He began learning the distilling trade from Call and his Master Distiller, Nathan “Nearest” Green, an enslaved African-American man. Green continued to work with Call after emancipation.

In 1875, on receiving an inheritance from his father’s estate (following a long dispute with his siblings), Daniel founded a legally registered distilling business with Call. He took over the distillery shortly afterward when Call quit for religious reasons.] The brand label on the product says “Est. & Reg. in 1866”, but his biographer has cited official registration documents in asserting that the business was not established until 1875.

After taking over the distillery in 1884, Daniel purchased the hollow and land where the distillery is now located.By the 1880s, Jack Daniel’s was one of 15 distilleries operating in Moore County, and the second-most productive behind Tom Eaton’s Distillery.He began using square-shaped bottles, intended to convey a sense of fairness and integrity, in 1897.

According to Daniel’s biographer, the origin of the “Old No. 7” brand name was the number assigned to Daniel’s distillery for government registration.He was forced to change the registration number when the federal government redrew the district, and he became Number 16 in district 5 instead of No. 7 in district 4. However, he continued to use his original number as a brand name, since his brand reputation already had been established.An entirely different explanation is given in the 1967 book ‘Jack Daniel’s Legacy’ which states that the name was chosen in 1887 after a visit to a merchant friend in Tullahoma, who had built a chain of seven stores.

Jack Daniel’s had a surge in popularity after the whiskey received the gold medal for the finest whiskey at the 1904 St. Louis World’s Fair. However, its local reputation began to suffer as the temperance movement began gaining strength in Tennessee.

The replica home of Lem Motlow, proprietor from 1911 to 1947; the original home was demolished in 2005 and rebuilt at the distillery in Lynchburg

Jack Daniel never married and did not have any known children. He took his nephews under his wing – one of whom was Lemuel “Lem” Motlow (1869–1947).Lem, a son of Daniel’s sister, Finetta, was skilled with numbers. He soon was responsible for all of the distillery’s bookkeeping.

In failing health, Jack Daniel gave the distillery to Lem Motlow and another nephew in 1907.Motlow soon bought out his partner, and went on to operate the distillery for about 40 years.

Tennessee passed a statewide prohibition law in 1910, effectively barring the legal distillation of Jack Daniel’s within the state. Motlow challenged the law in a test case that eventually worked its way to the Tennessee Supreme Court. The court upheld the law as constitutional.

Daniel died in 1911 from blood poisoning. An oft-told tale is that the infection began in one of his toes, which Daniel injured one early morning at work by kicking his safe in anger when he could not get it open (he was said to always have had trouble remembering the combination).But Daniel’s modern biographer has asserted that this account is not true.

Because of prohibition in Tennessee, the company shifted its distilling operations to St Louis, Missouri, and Birmingham, Alabama. None of the production from these locations was ever sold due to quality problems.The Alabama operation was halted following a similar statewide prohibition law in that state, and the St. Louis operation fell to the onset of nationwide prohibition following passage of the Eighteenth Amendment in 1920.

While the passage of the Twenty-first Amendment in 1933 repealed prohibition at the federal level, state prohibition laws (including Tennessee’s) remained in effect, thus preventing the Lynchburg distillery from reopening. Motlow, who had become a Tennessee state senator, led efforts to repeal these laws, which allowed production to restart in 1938. The five-year gap between national repeal and Tennessee repeal was commemorated in 2008 with a gift pack of two bottles, one for the 75th anniversary of the end of prohibition and a second commemorating the 70th anniversary of the reopening of the distillery.

The Jack Daniel’s distillery ceased operations from 1942 to 1946 when the U.S. government banned the manufacture of whiskey due to World War II. Motlow resumed production of Jack Daniel’s in 1947 after good-quality corn was again available. Motlow died the same year, bequeathing the distillery to his children, Robert, Reagor, Dan, Conner, and Mary, upon his death.

The company was later incorporated as “Jack Daniel Distillery, Lem Motlow, Prop., Inc.”, allowing the company to continue to include Motlow in its tradition-oriented marketing. Likewise, company advertisements continue to use Lynchburg’s 1960s-era population figure of 361, though the city has since formed a consolidated city-county government with Moore County. Its official population is more than 6,000, according to the 2010 census.

The company was sold to the Brown–Forman Corporation in 1956.

The Jack Daniel’s Distillery was listed on the National Register of Historic Places in 1972.

In 2012, a Welshman, Mark Evans, claimed to have discovered the original recipe for Daniel’s whiskey,in a book written in 1853 by his great-great-grandmother. Her brother-in-law had emigrated to Tennessee.

Moore County, where the Jack Daniel’s distillery is located, is one of the state’s many dry counties. While it is legal to distill the product within the county, it is illegal to purchase it there. However, a state law has provided one exception: a distillery may sell one commemorative product, regardless of county statutes. Jack Daniel’s now sells Gentleman Jack, Jack Daniel’s Single Barrel, the original No. 7 blend (in a commemorative bottle), and a seasonal blend (on rotation) at the distillery’s White Rabbit Bottle Shop. 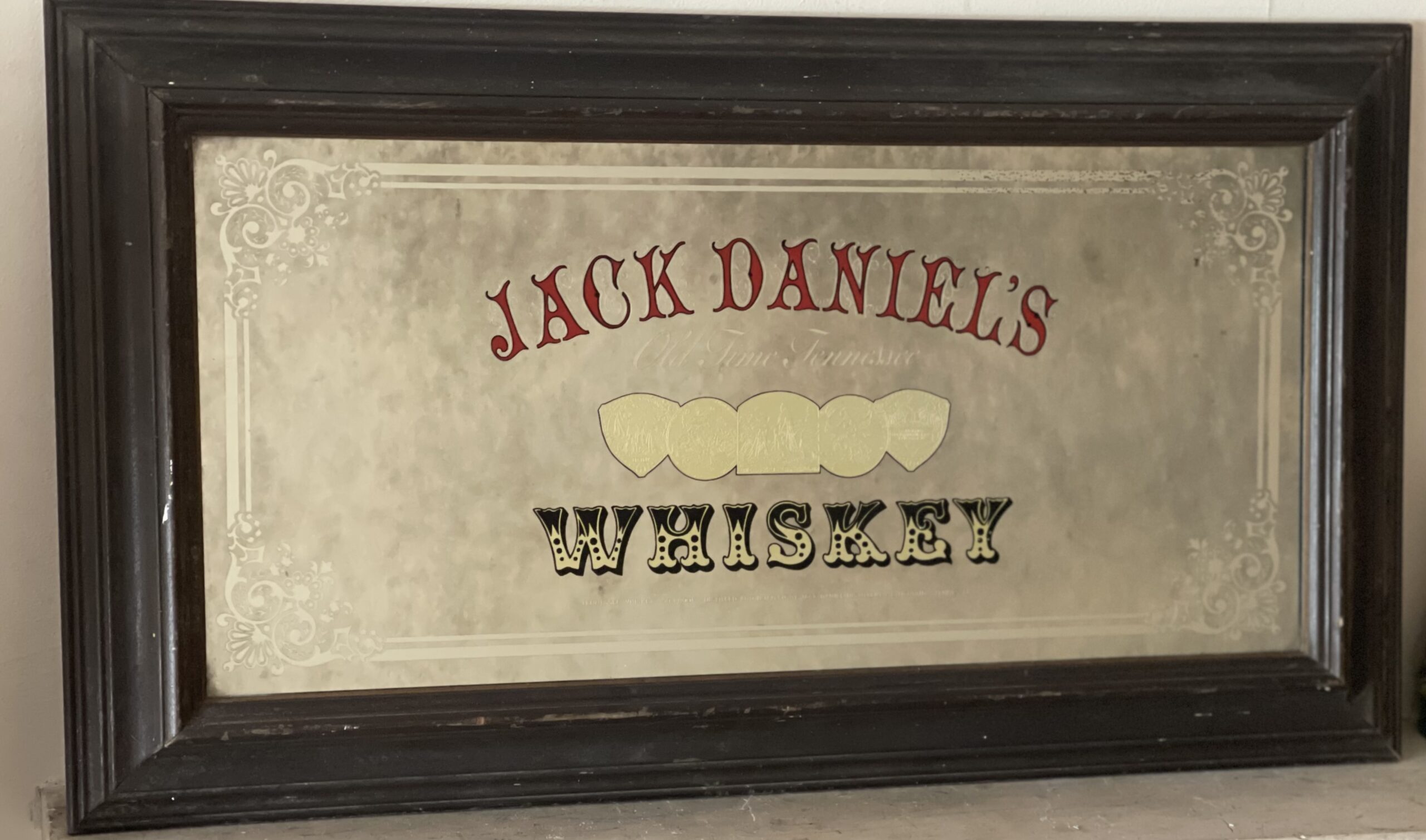 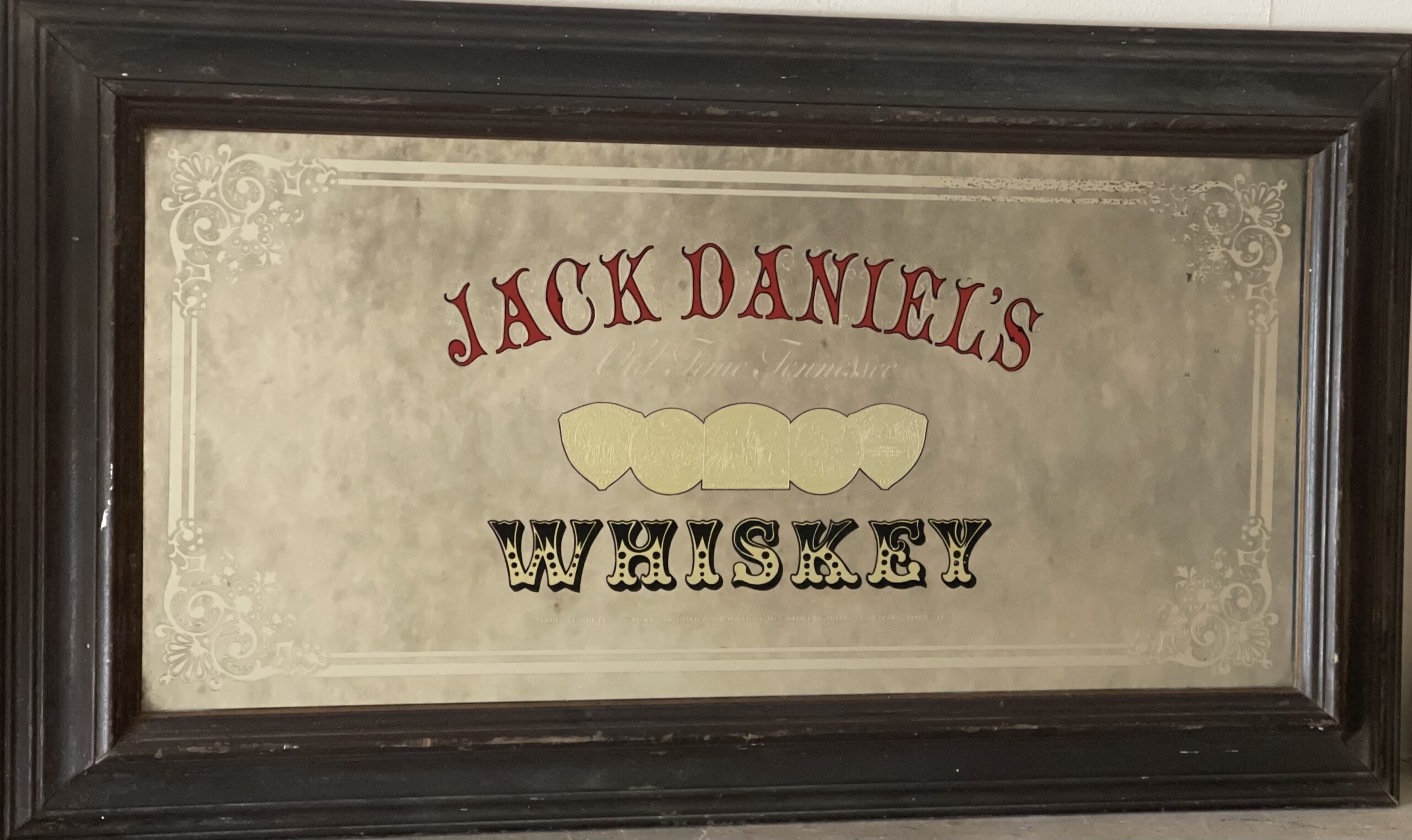 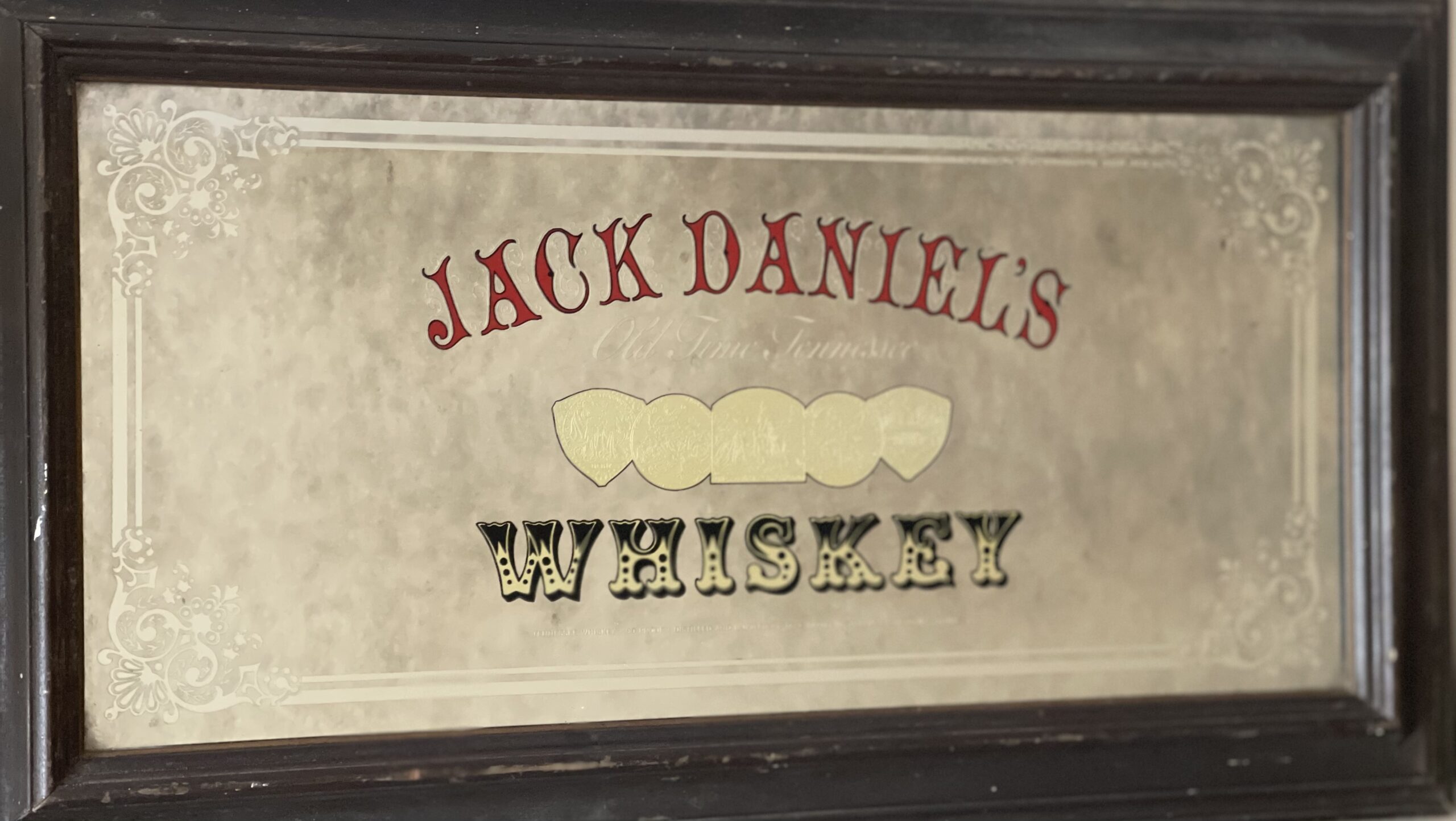 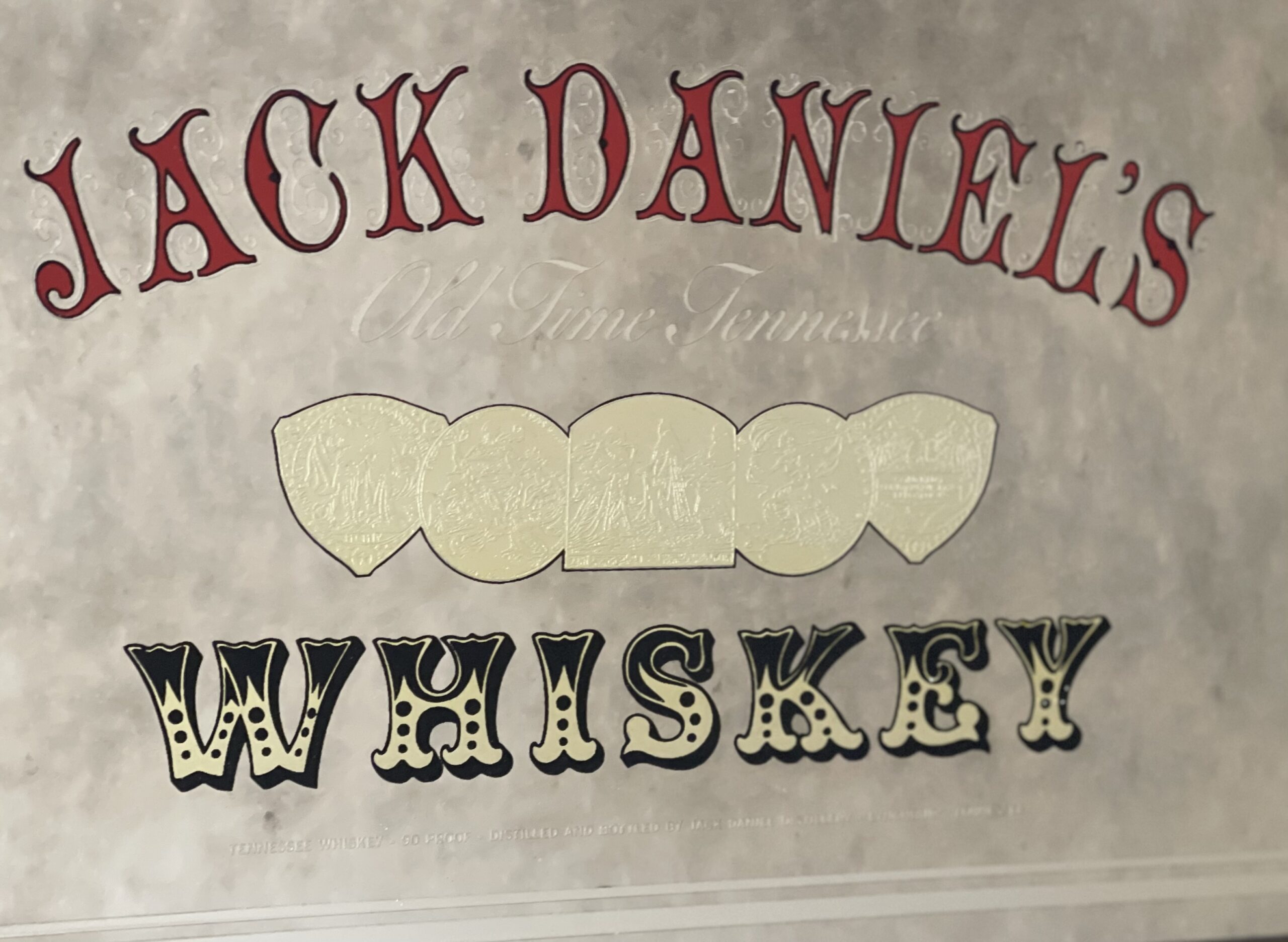 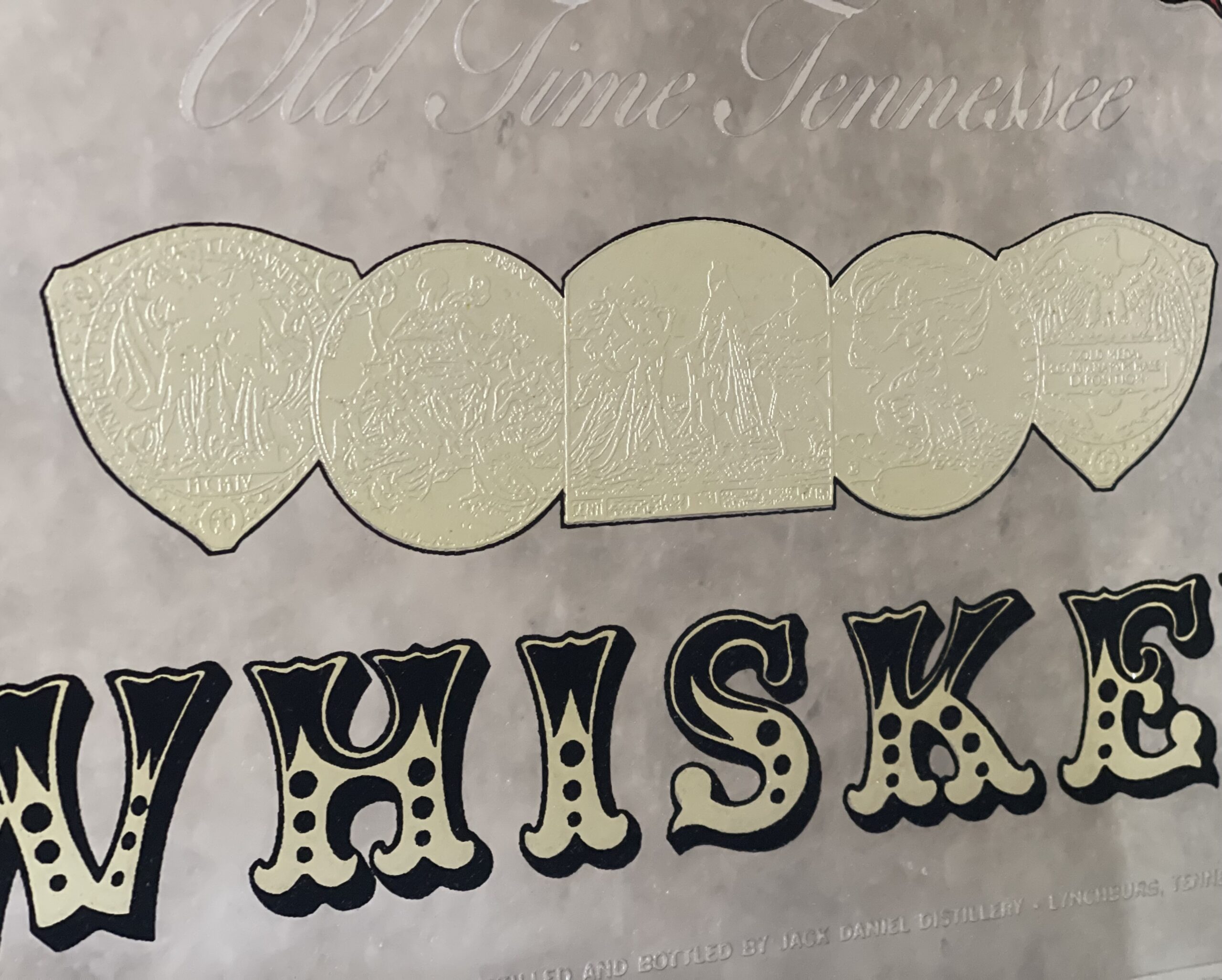 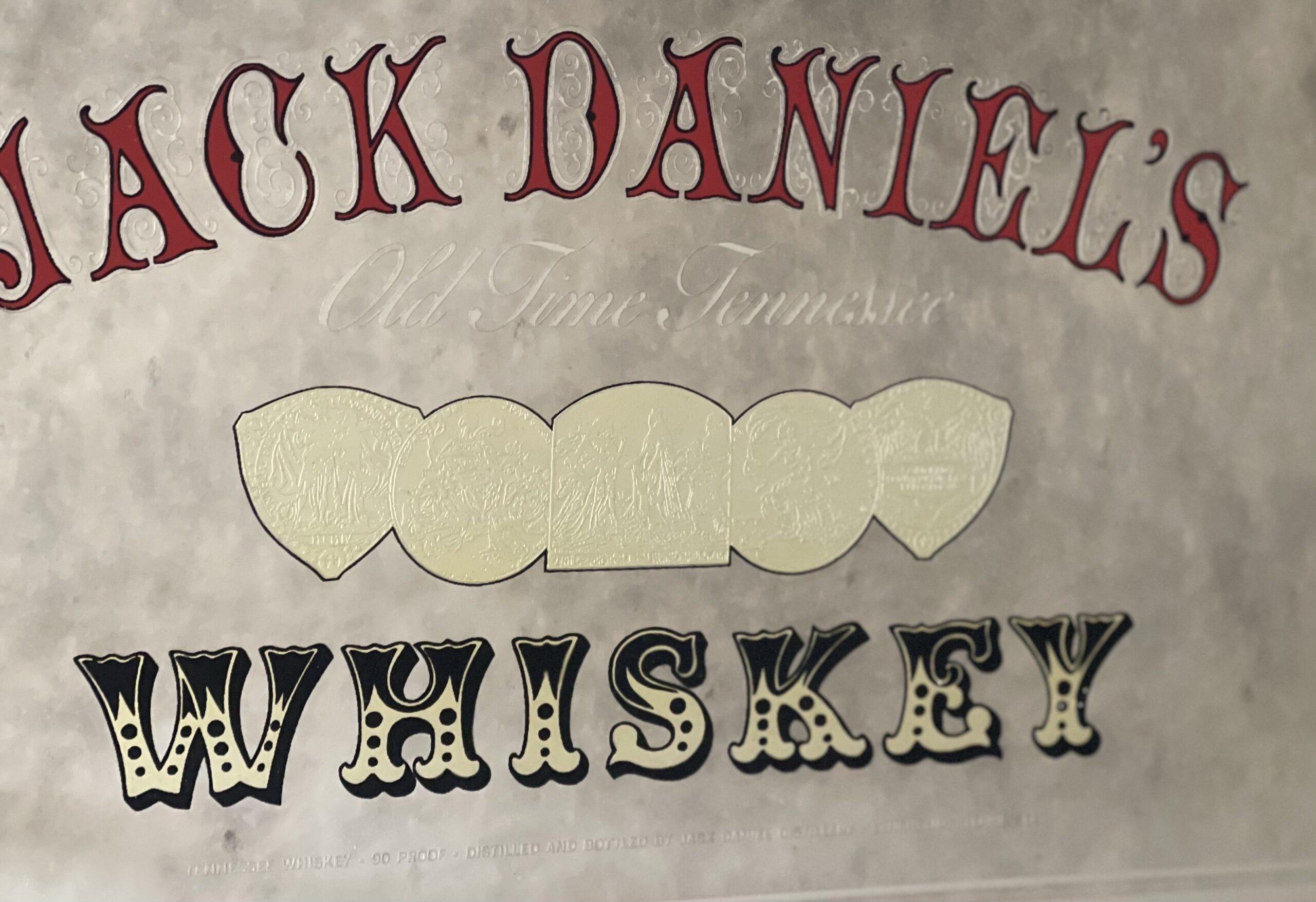