We at the Irish Pub Emporium have been searching for another example of this absolute classic of the genre and luckily unearthed this original,double sided  “Guinness is good for you” with ubiquitous toucan enamel sign only very recently.It is in fantastic condition, having being displayed indoors and has virtually no associated rust with just a touch of patina lending it plenty of time honoured character.Although  it was most obviously hung by a chain in its previous home, we think that a specially constructed bracket would displau this unique sign at its very best.We can arrange for this to be done for the purchaser at an extra charge.Please email us directly at irishpubemporium@gmail.com for this rare signs price.

This sign features the Toucan balancing  two freshly poured pints of Guinness on its beak with his leg raised.The Guinness Toucan remains one of the best loved and iconic characters in Advertising history.He initially began his career in 1935 as a pelican !Gilroy had devised an idea on the ‘Guinness -a -day’ theme which showed a pelican with seven pints of Guinness balanced on its beak and carrying the rhyme

A wonderful bird is the pelican  Its bill can hold more than its belly can  It can hold in its beak  Enough for a week   I simply don’t know how he can !

Dorothy Sayers was asked to produce some rather less offensive copy; instead she changed the bird to a toucan, reduced the number of  glasses to 2 and wrote an apposite little rhyme.This is how the toucan was hatched and while it took a little while for his character to fully develop- soon he became and remained the central character in the Guinness menagerie which grew up over the following years.It is interesting to note that the toucan underwent a subtle transformation initially-putting on a few pounds in weight and having cosmetic surgery on his over long beak.But he went on to weather all the ups and downs of the nest 4 decades of Guinness advertising, was retired in the sixties ,brought out of retirement 10 yers later and only finally pensioned off in 1982.However the legend of the toucan lives on for eternity in the shape and form of countless advertising prints, posters,statues,images,etc – both original and reproduced items which still brighten up and adorn the walls of bars,pubs,restaurants and other spaces wherever Guinness is drunk and cherished all over the world.

All Guinness advertising has done is create a focal point for peoples interest in and affection for,Guinness itself.That curious looking drink with a curious sounding name.Indeed its tempting to talk about Guinness advertising as if it were a generic term,describing a particular type or style of advertising.This is not the case-in its form, content and approach ,Guinness advertising has been as varied as the communications media it has enployed.When the brewery giant first began advertising in 1928,there had been very little study done in the field of market research and the critical analysis of what became to be called the “persuasion industry’ had yet to take place.In launching its first campaign, however,Guinness decreed that its advertisements ‘should at all times be done extremely well an din good taste ‘.S.H Benson Ltd.,the venerable advertising agency charged with carrying out that edict,began with a refreshing directness- an appetising pint of what is affectionately called the ‘black stuff’ and the simple slogan:’GUINNESS is good for you.’

Guinness has since  always been among the leaders in the development of the craft of advertising and from the outset, they have been particularly conscious of their public responsibilities as an advertiser.Its fair to say no other alcoholic beverage has acquired the universal goodwill possessed by Guinness.Stanley Penn,one of Bensons copyrighters once remarked ‘ Guinness always enjoyed their advertising.They liked their advertising to be liked’.and so Bensons gave the already household  Guinness name character and personality ,they made its friend more than a mere acquaintance.After a few years ,some money and a lot of imagination later,Bensons began mixing their Guinness with a  dash or two of levity and humour.It was the beginning of twenty years of fun and frolics with John Gilroy charming menagerie of Guinness guzzling animals and twenty years of the most outrageous puns and parodies. 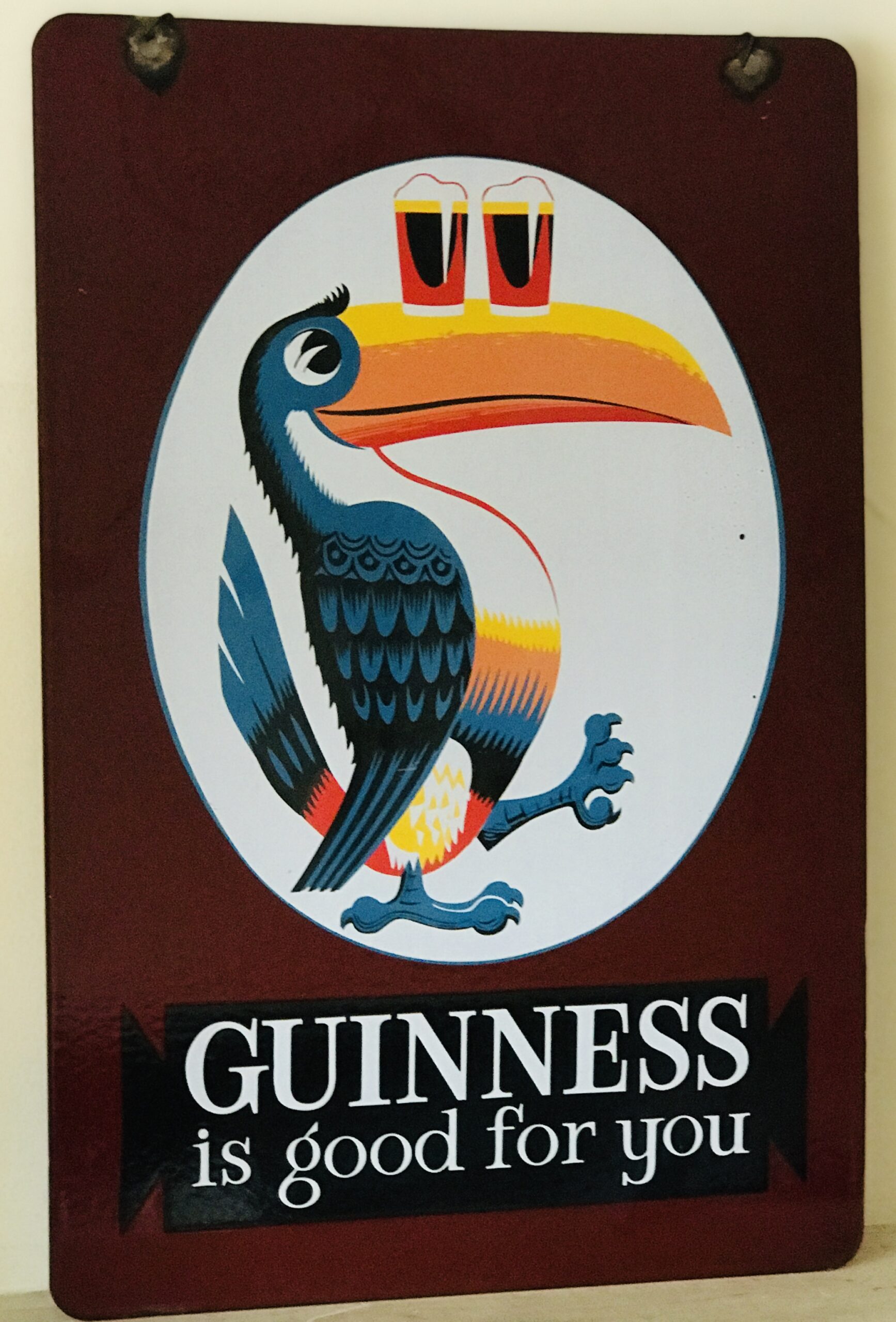 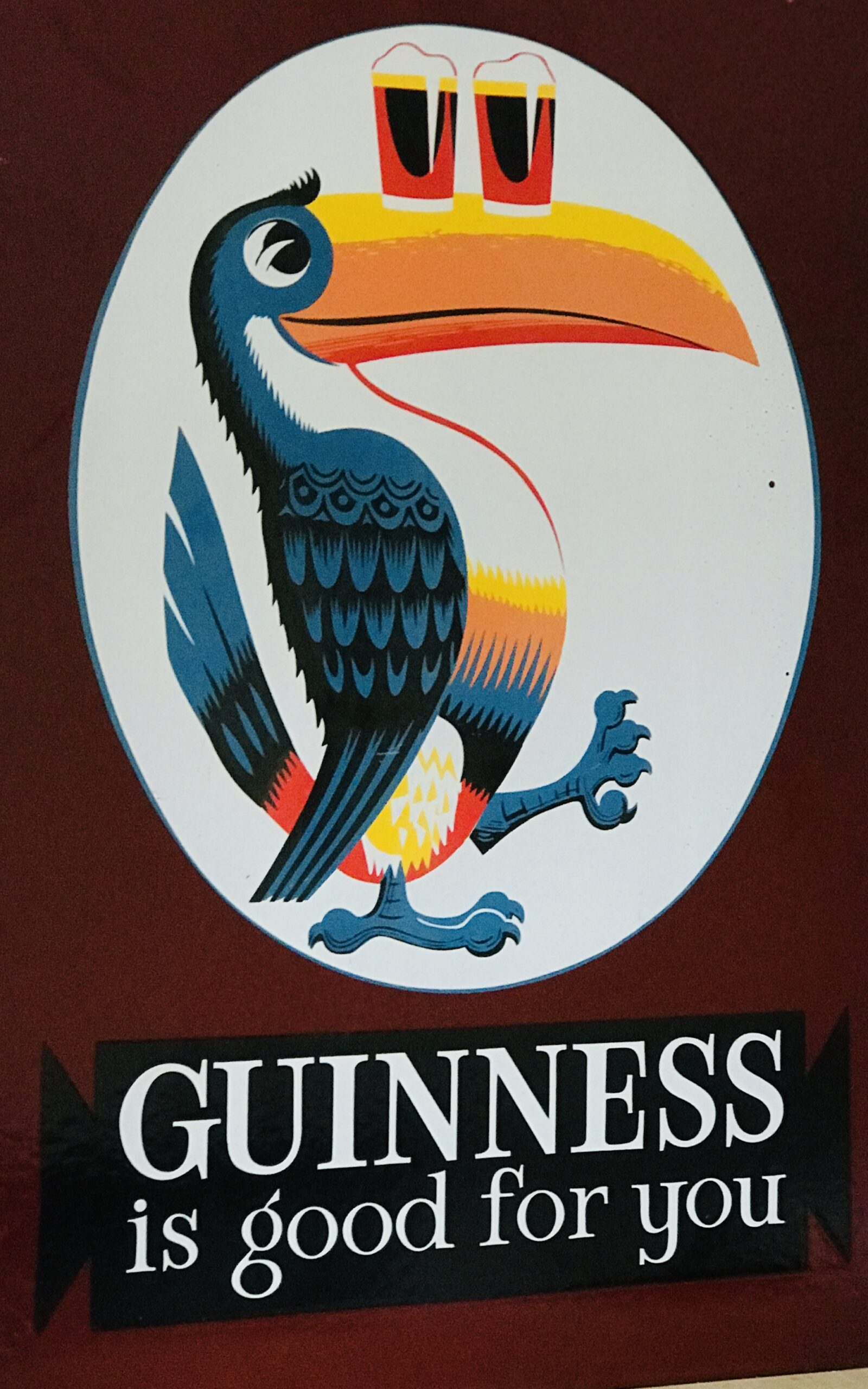 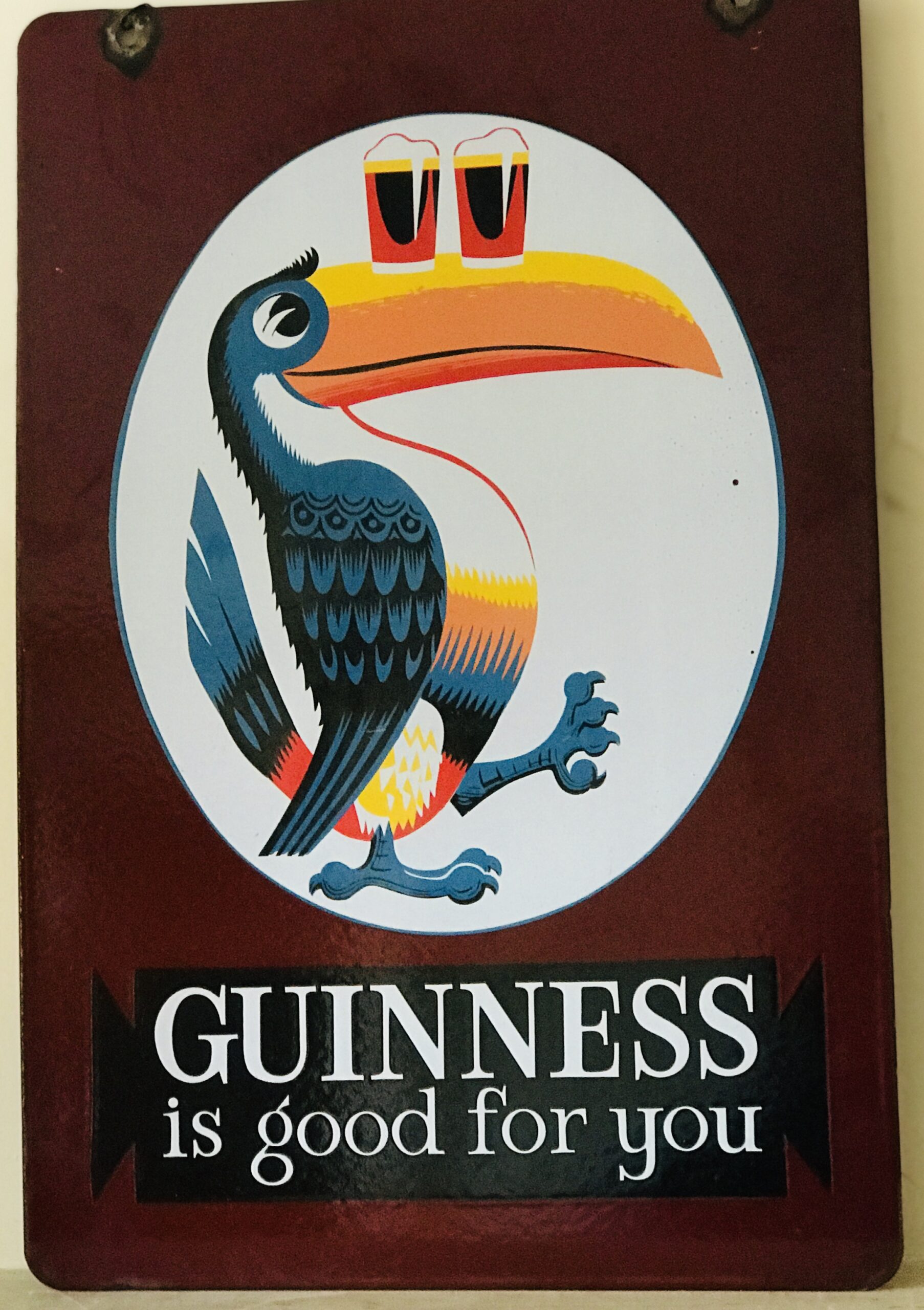 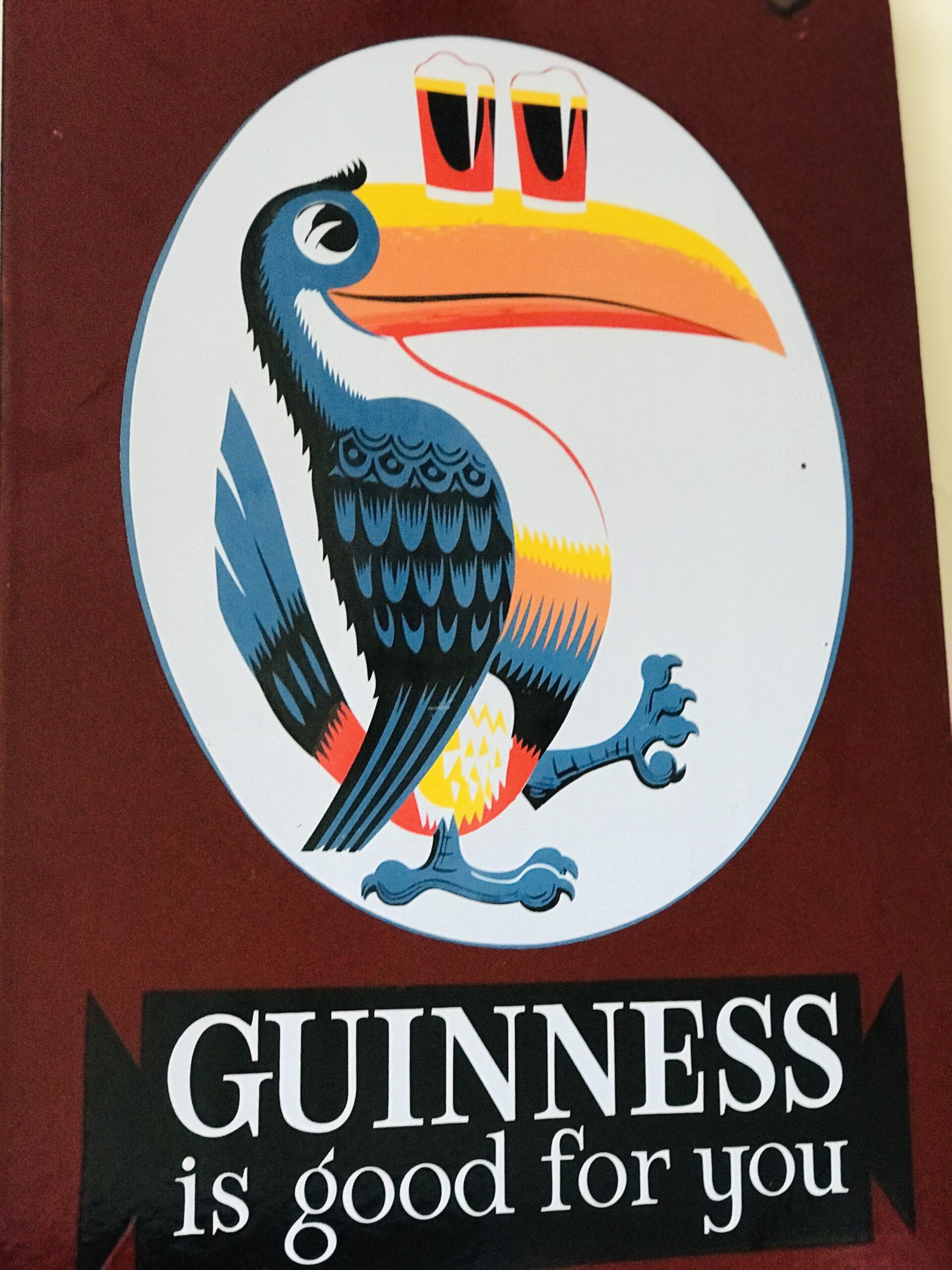 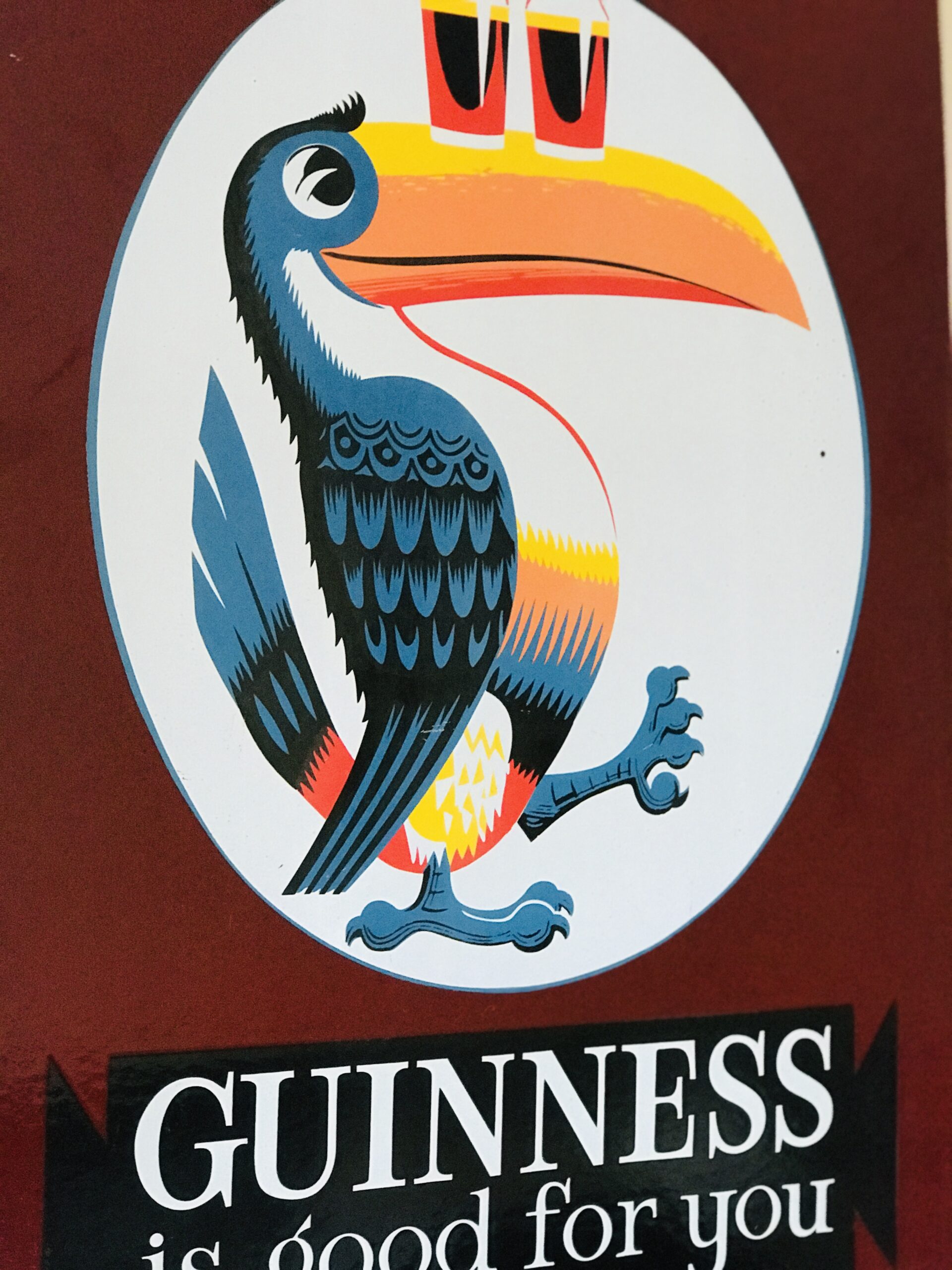 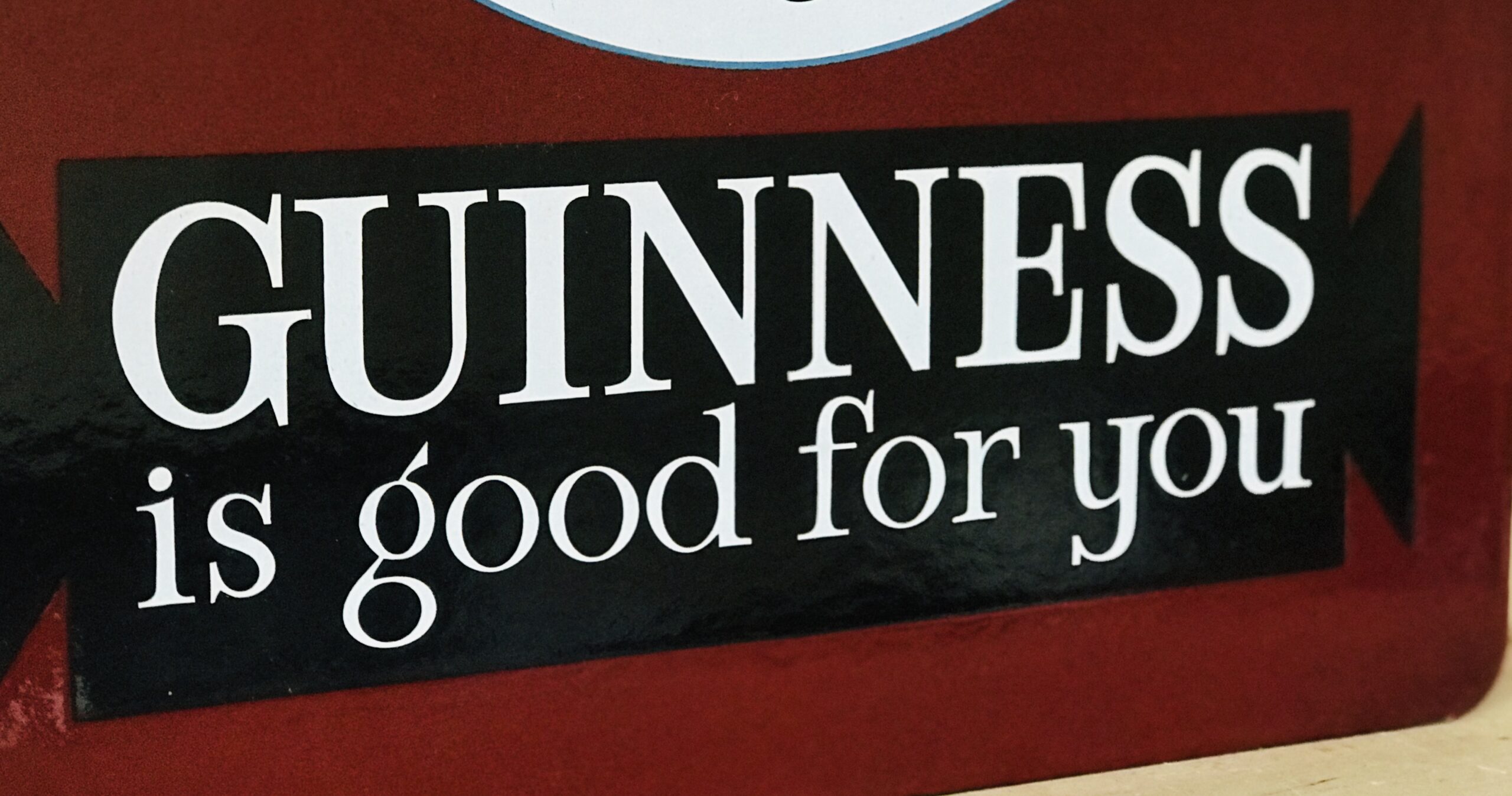 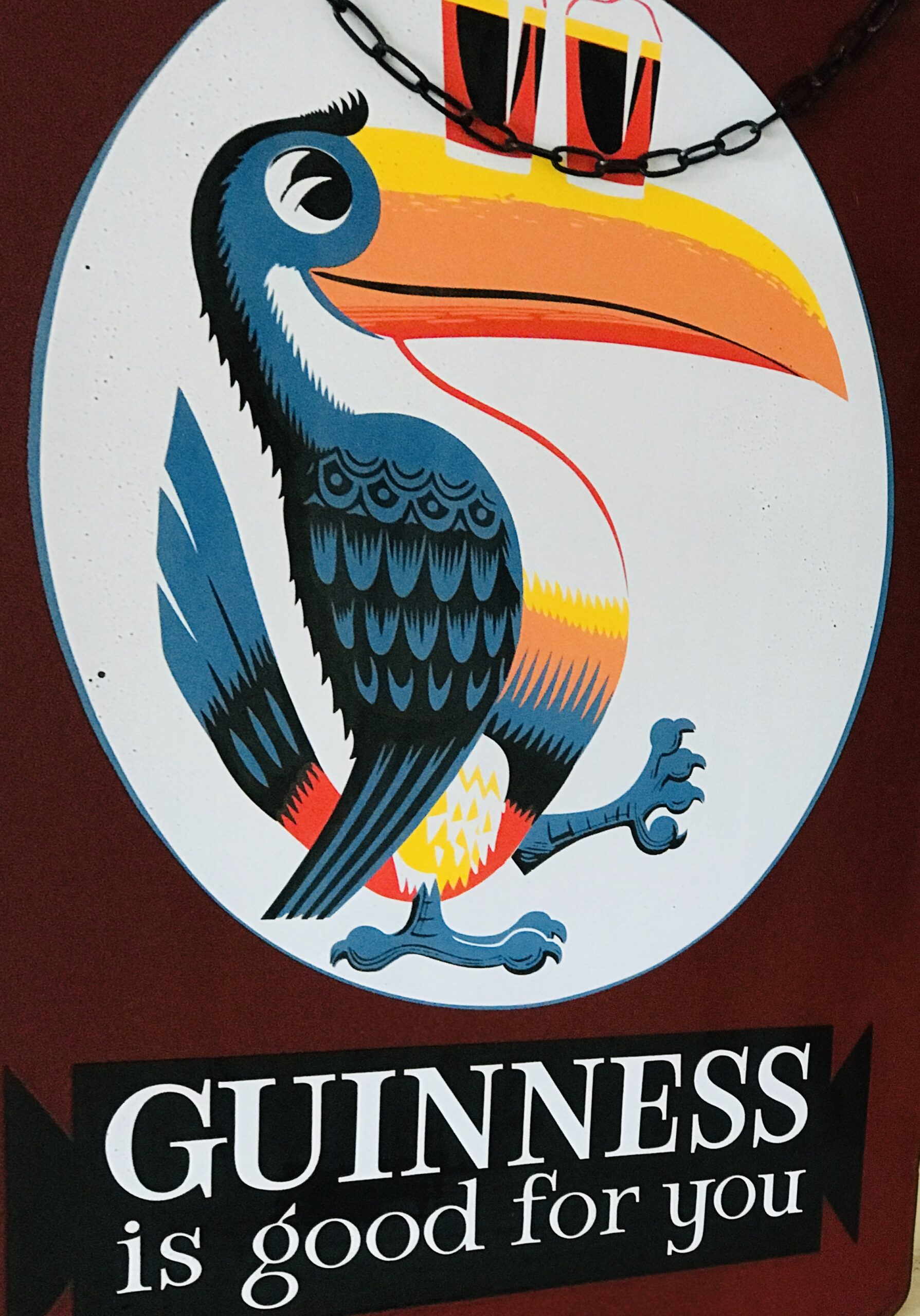 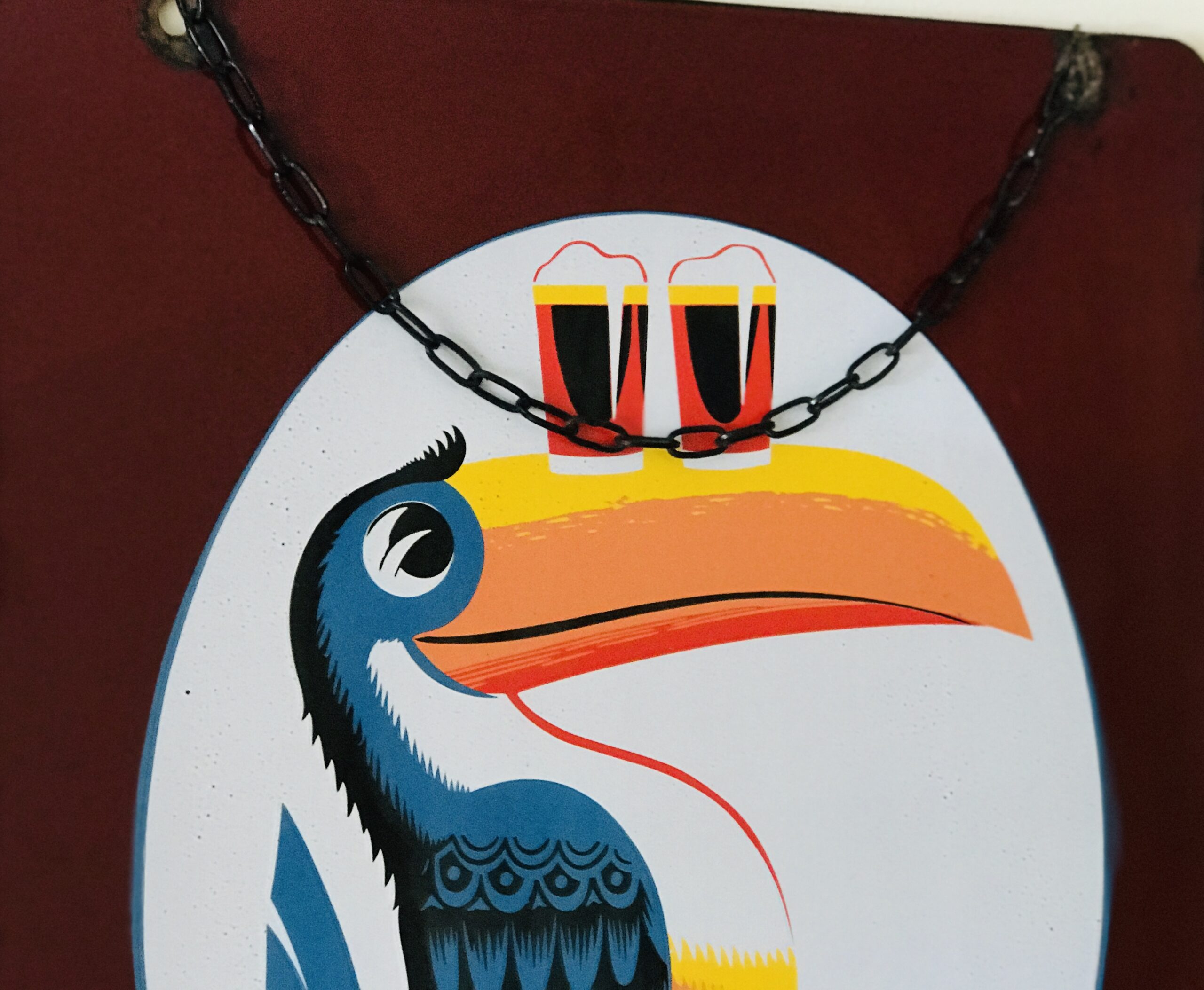 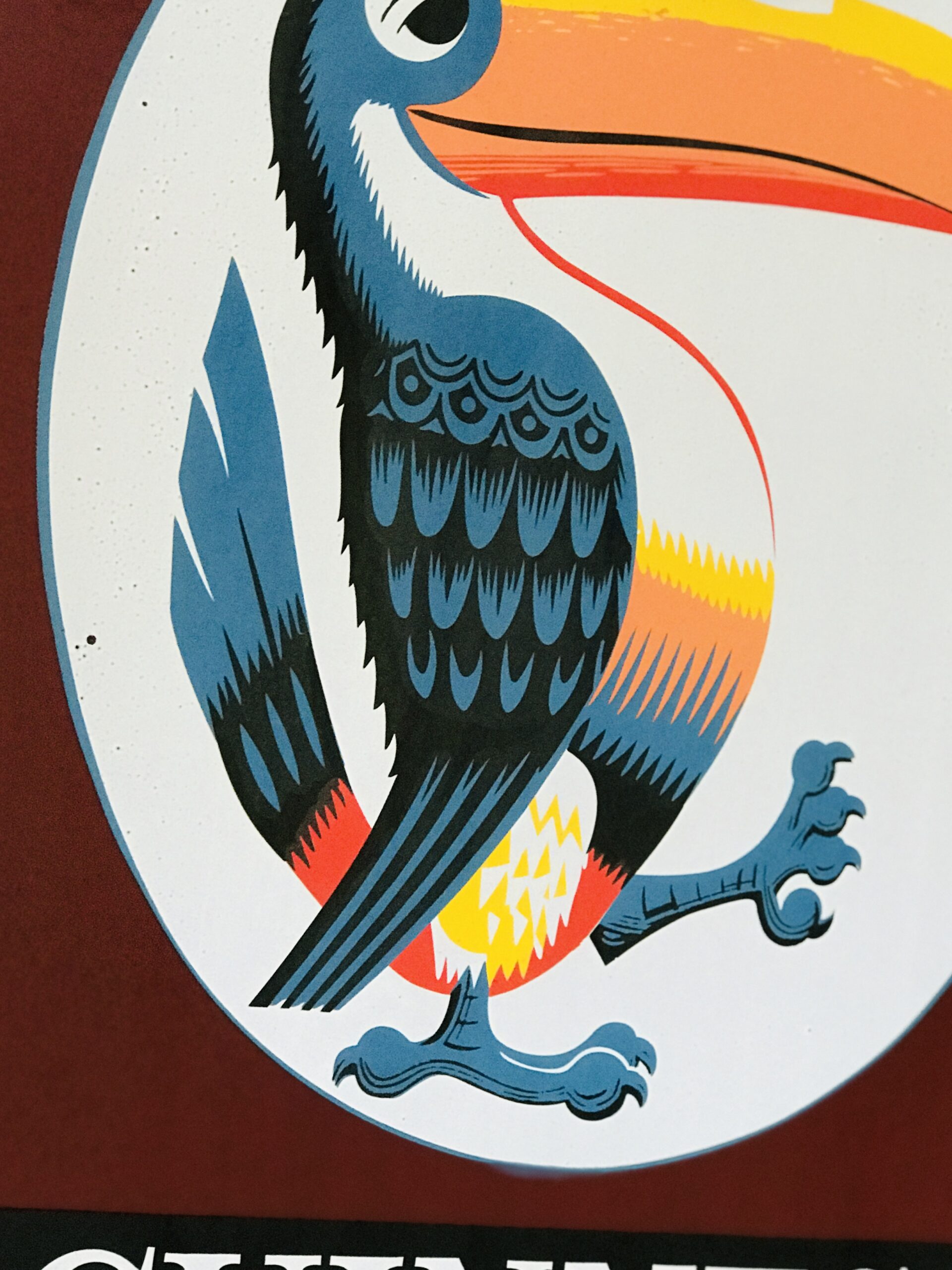 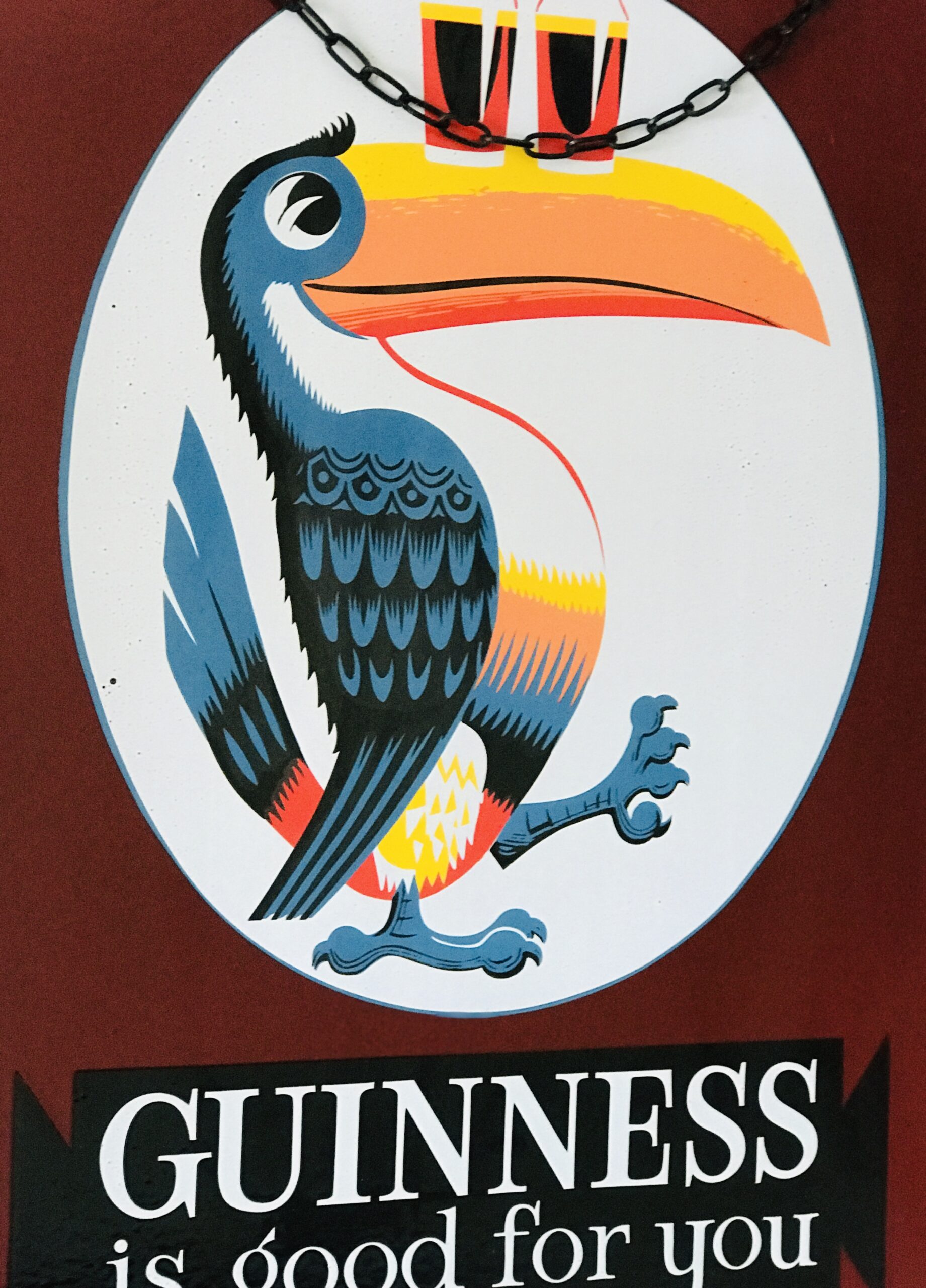