Atmospheric framed B&W print capturing one of the iconic moments in Irish Horseracing history as Dawn Run wins the Cheltenham Gold Cup in 1986 and a jubilant John Jo O’Neill punches the air in delight at the mares marvellous achievement in winning both the Champion hurdle & the Gold Cup . 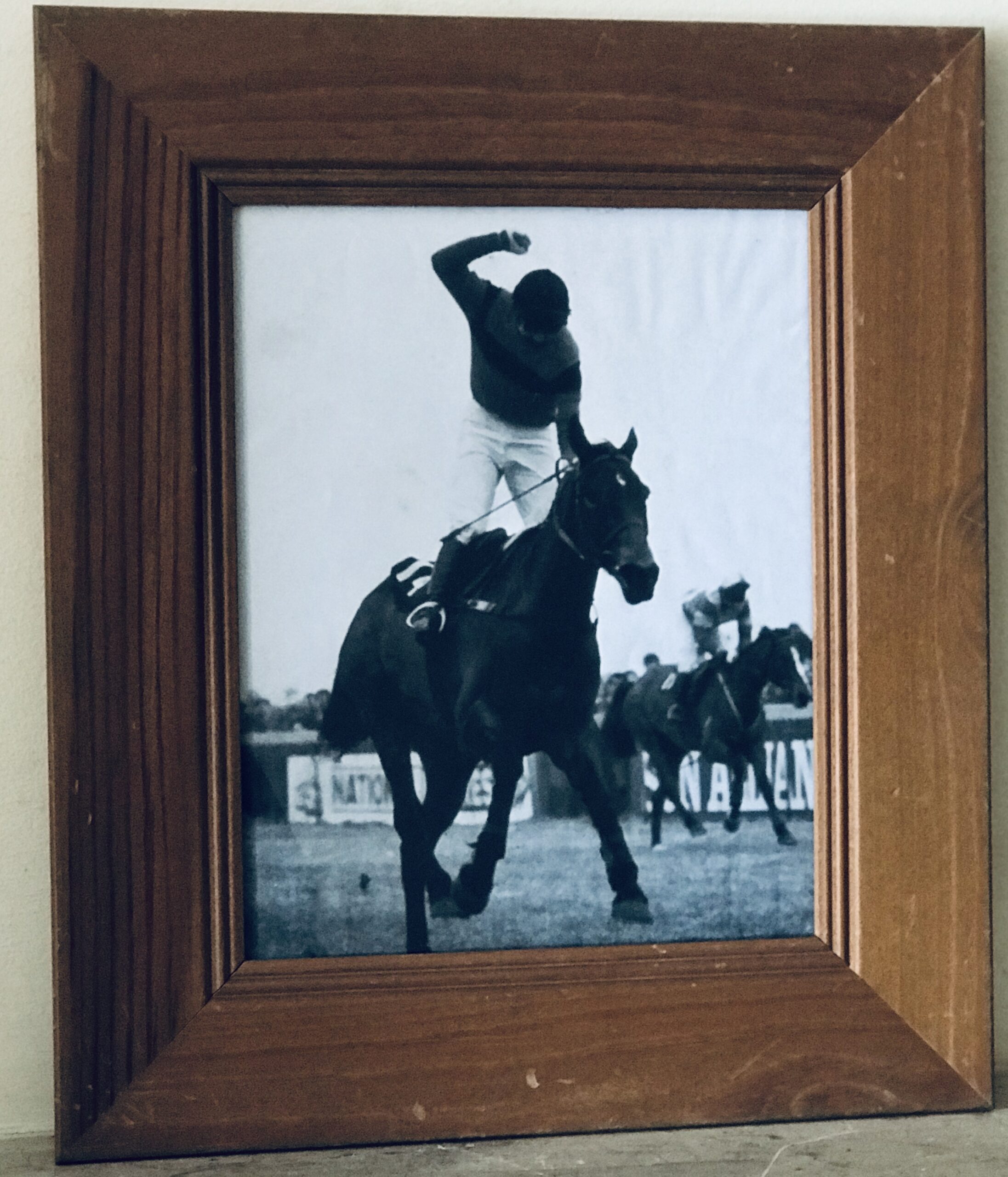 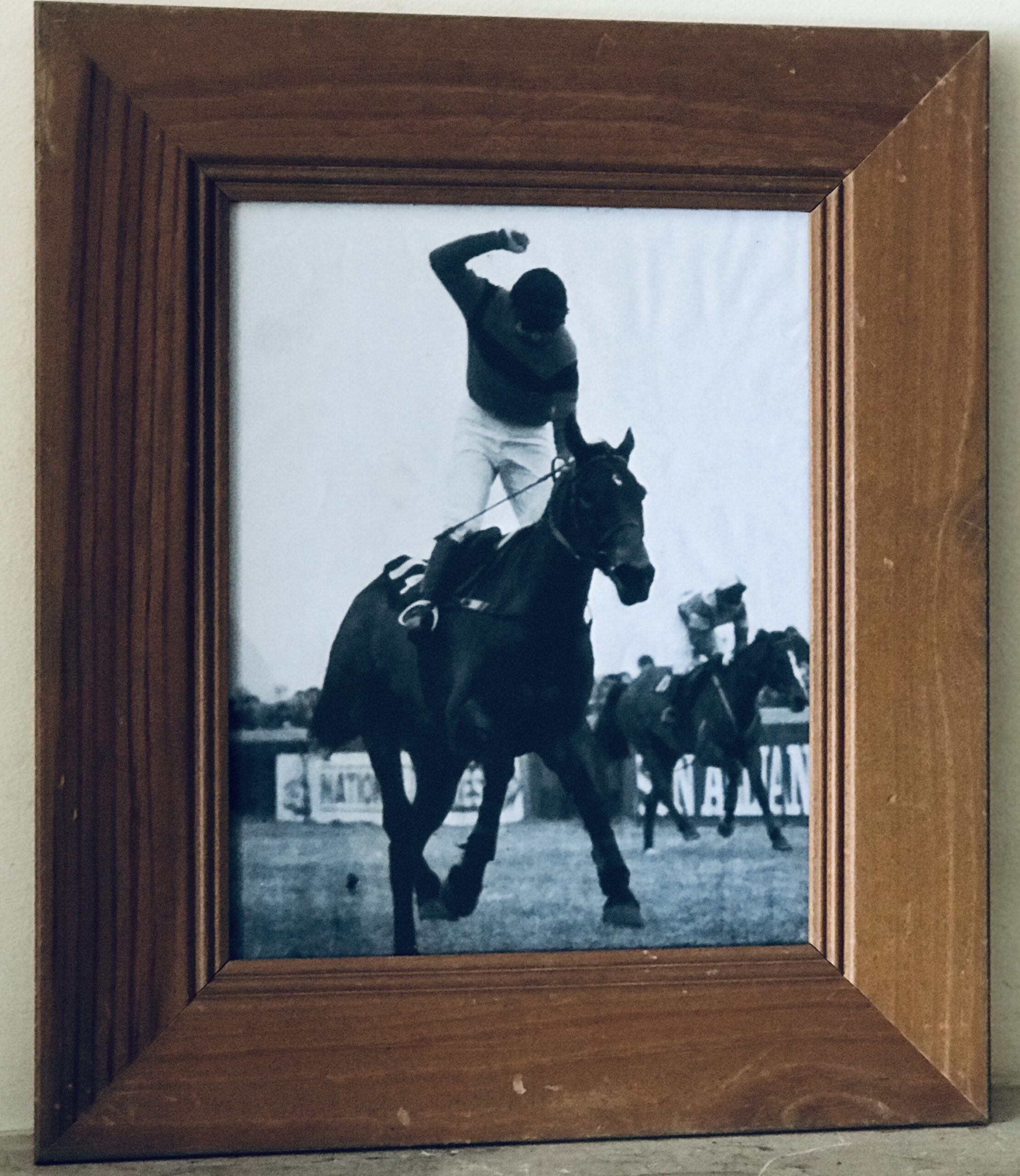 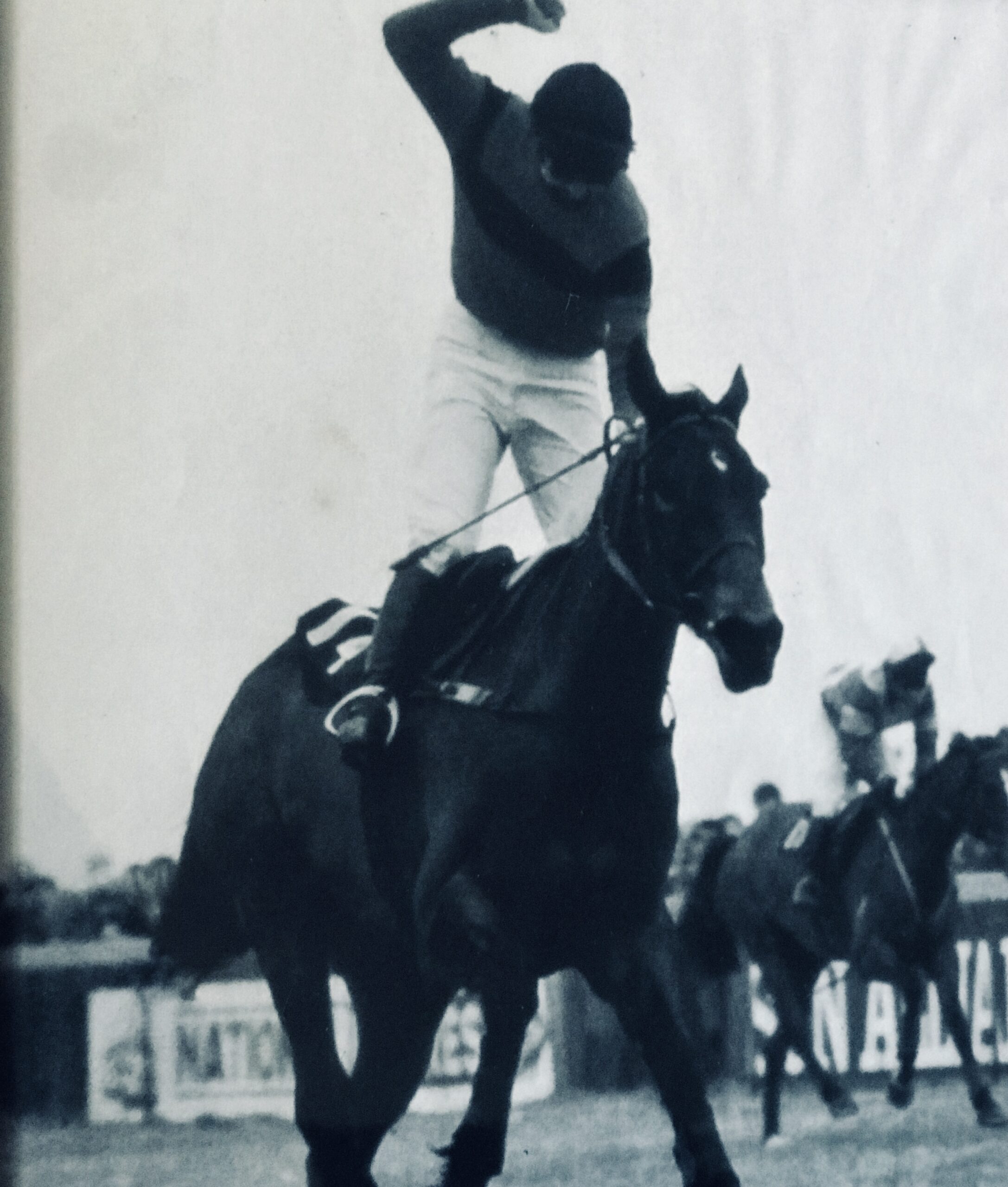