Beautifully framed,enlarged print of the Fr Ted commemorative 3 stamp collection as issued by An Post to mark the anniversary of the legendary comedy series.

A quarter of a century after it first aired, Father Ted, one of television’s most loved sitcoms, has officially stamped itself on popular culture.

Ireland’s post service, An Post, issued a set of stamps on Thursday to celebrate its characters and one-liners and to mark the show’s 25thanniversary.

Phrases forever associated with Craggy Island, the fictional home of three wayward priests and their housekeeper, now adorn four stamps: “That’s mad, Ted”, “Will you have a cup of tea, Father?”, “That money was just resting in my account” and “That would be an ecumenical matter”.

Retro wallpaper in the background of each stamp matches different rooms in the parochial house where Fr Ted, Fr Dougal, Fr Jack and Mrs Doyle played out surreal scenes that entered comedy lore.

“I don’t think until today it has sunk in what a huge thing it is, what an honour,” Pauline McLynn, who played Mrs Doyle, told the Guardian. “How many people do you know can say ‘I was once on a stamp’?”

The writers, cast and crew never imagined that the show, which ran for three seasons from 1995 to 1998, would become so popular or enduring, said the actor.

“I often wonder about the staying power. It’s incredibly stupid and properly funny. We made it 25 years ago and now kids are still finding it incredibly funny. You always hope that things you’re proud of will last the test of time.”

Written by Graham Linehan and Arthur Matthews, Father Ted was made by Hat Trick Productions for Channel 4. It won multiple awards including Baftas and rivals Fawlty Towers and Seinfeld for funniest comedy in viewer polls.

In a survey commissioned by An Post, more than a third of respondents said they cited lines from the show on a weekly basis. Best-loved episodes included Hell, Speed 3, Kicking Bishop Brennan up the Arse and A Song For Europe.

Pandemic lockdowns and restrictions had increased appreciation for letters and postcards, said McLynn. “Weirdly now is an excellent time to launch the stamps.”

“I can’t believe he went there,” she said later. The stamps were self-adhesive but McLynn wondered if An Post could issue some lickable ones. “Maybe collectors’ items.” 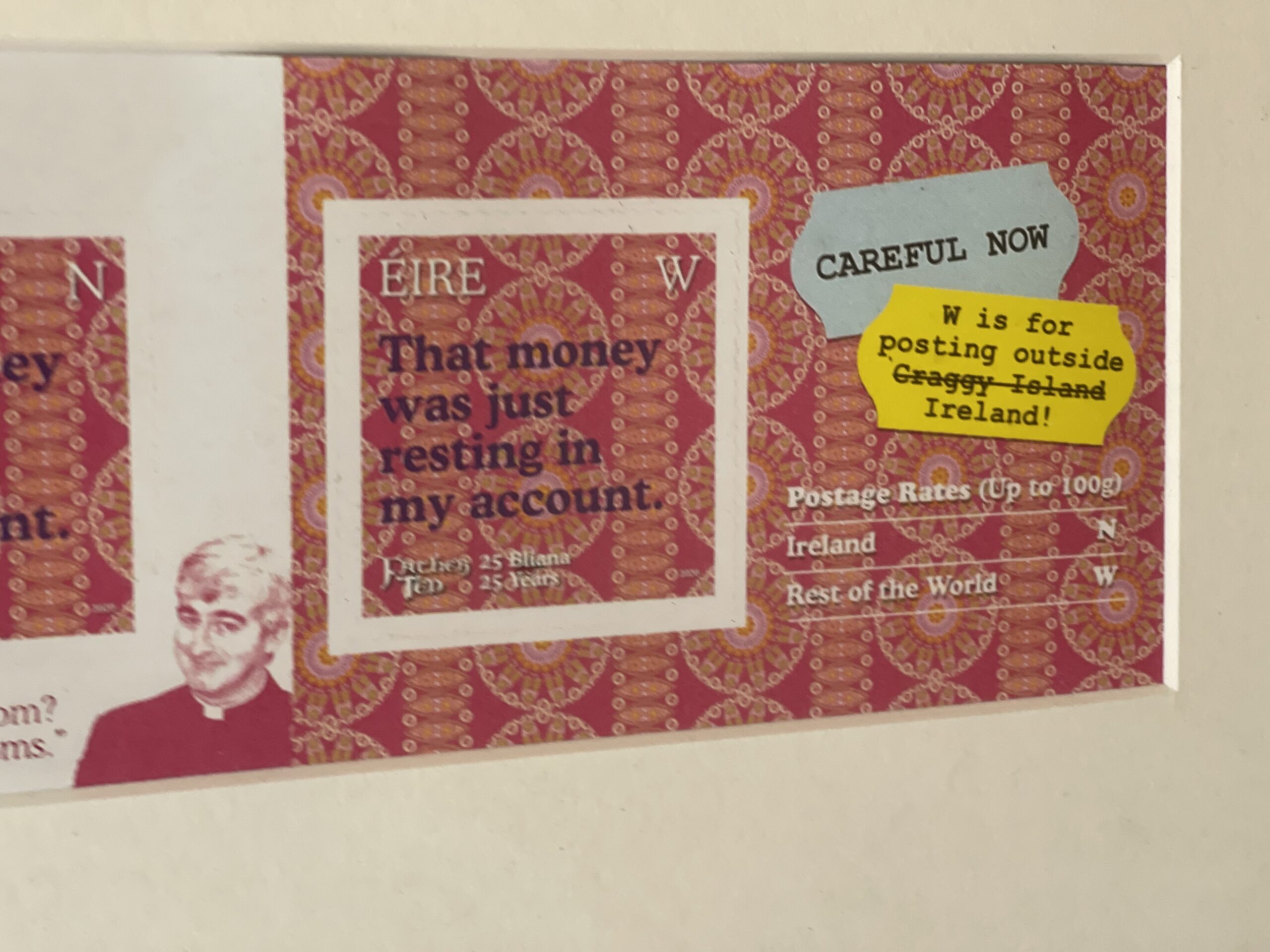 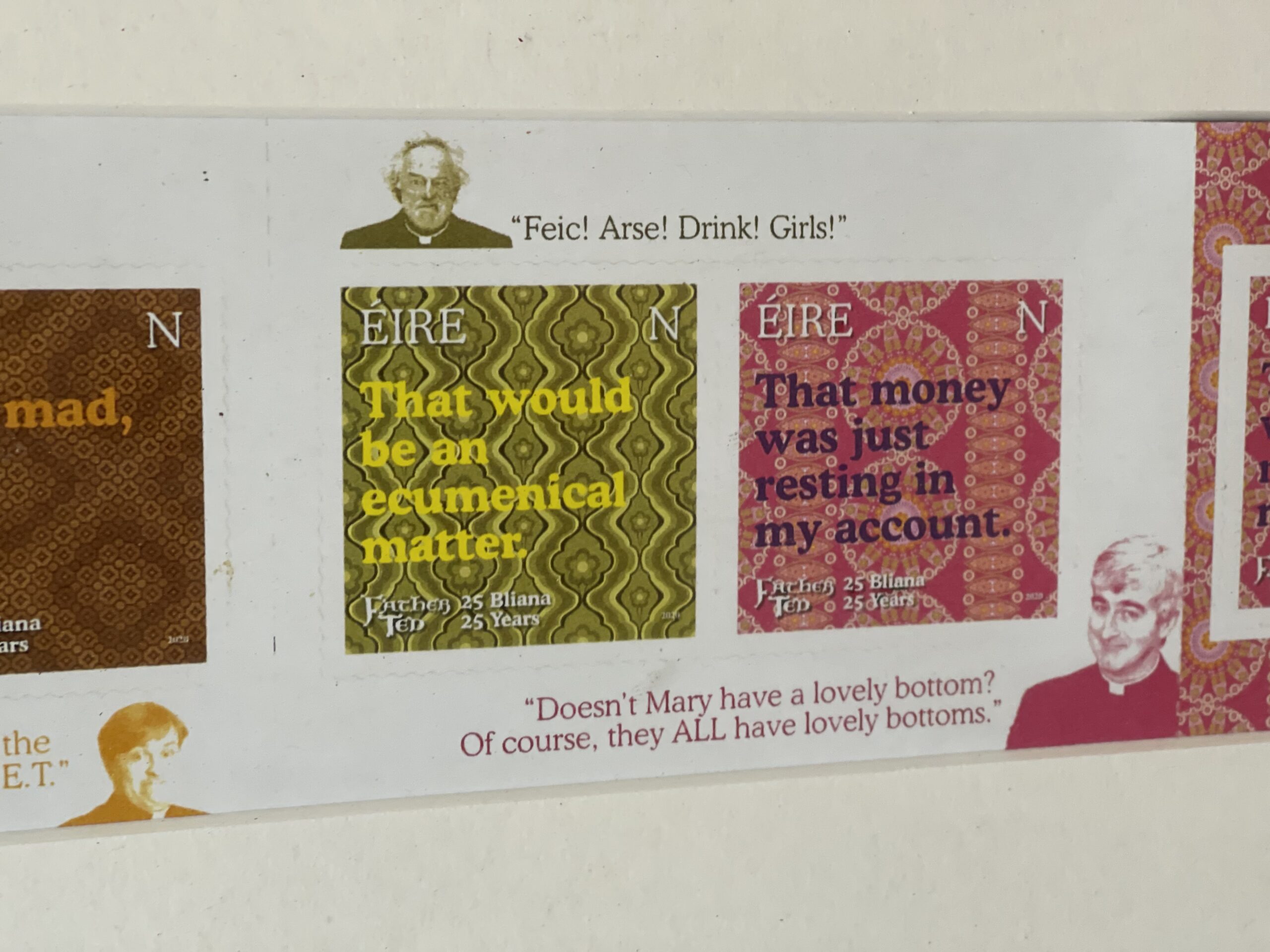 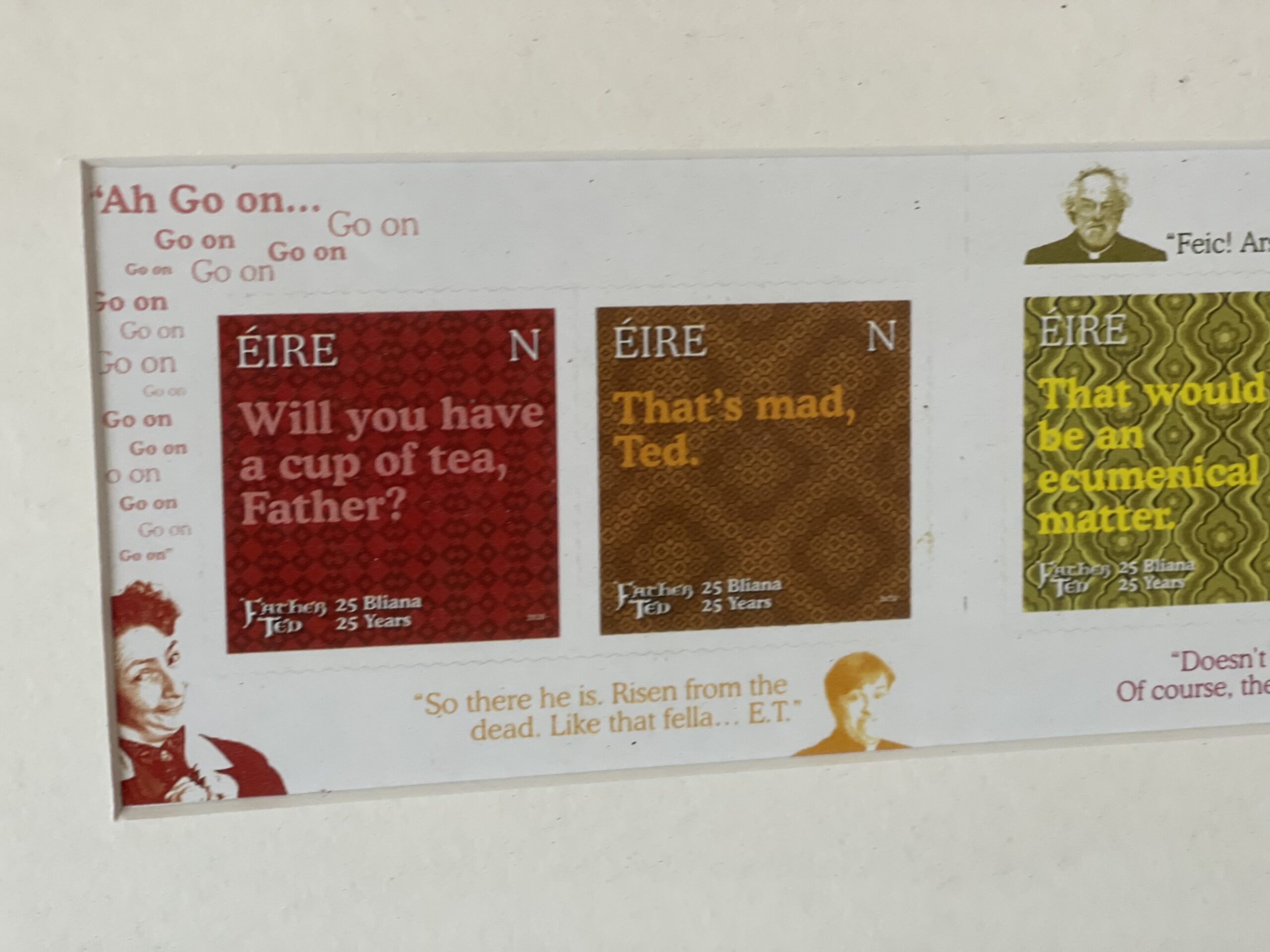