The Gaiety Theatre is a theatre on South King Street in Dublin, Ireland, off Grafton Street and close to St. Stephen’s Green. It specialises in operatic and musical productions, with occasional dramatic shows.

In April 1871, the brothers John and Michael Gunn obtained a 21-year license to establish “a well-regulated theatre and therein at all times publicly to act, represent or perform any interlude, tragedy, comedy, prelude, opera, burletta, play, farce or pantomime”. The brothers built the Gaiety Theatre on South King Street for £26,000. Designed by architect C.J. Phipps,construction was completed in just 28 weeks. The Gaiety was opened on 27 November 1871 with the Lord Lieutenant of Ireland as guest of honour for a double bill which included the comedy She Stoops to Conquer and a burlesque version of La Belle Sauvage.

The Gaiety was extended by theatre architect Frank Matcham in 1883, and, despite several improvements to public spaces and stage changes, it retains several Victorian era features and remains Dublin’s longest-established, continuously producing theatre.

Patrick Wall and Louis Elliman bought the theatre in 1936 and ran it for several decades with local actors and actresses. They sold it in 1965, and in the 1960s and the 1970s the theatre was run by Fred O’Donovan and the Eamonn Andrews Studios, until – in the 1980s – Joe Dowling (former artistic director of the Abbey Theatre) became director of the Gaiety. In the 1990s, Groundwork Productions took on the lease and the theatre was eventually bought by the Break for the Border Group. The Gaiety was purchased by music promoters MCD (in turn owned by Denis Desmond and his wife Caroline) in the late 1990s. The new owners undertook a refit of the theatre,with the Department of Arts, Sport and Tourism contributing to the restoration fund.

Performers and playwrights associated with the theatre have been celebrated with hand-prints cast in bronze and set in the pavement beneath the theatre canopy.[9] These handprints include those of Luciano Pavarotti, Brendan Grace, Maureen Potter, Twink, John B Keane, Anna Manahan, Niall Toibin and Brian Friel.[4]

The theatre played host to the 1971 Eurovision Song Contest, the first to be staged in Ireland, during the Gaiety’s centenary year.[10] Clodagh Rodgers (a contestant in that particular contest) later presented her RTÉ TV series The Clodagh Rodgers Show from the theatre in the late 1970s.

The Gaiety is known for its annual Christmas pantomime and has hosted a pantomime every year since 1874.[11] Actor and director Alan Stanford directed both Gaiety productions of Snow Whiteand Sleeping Beauty. Irish entertainer June Rodgers starred in the Gaiety pantomime for years, until she began to headline the equally established Olympia Theatre panto. The Gaiety’s pantomimes have included Irish performers that appeal to home grown audiences, including a number of Fair City actors.[citation needed] 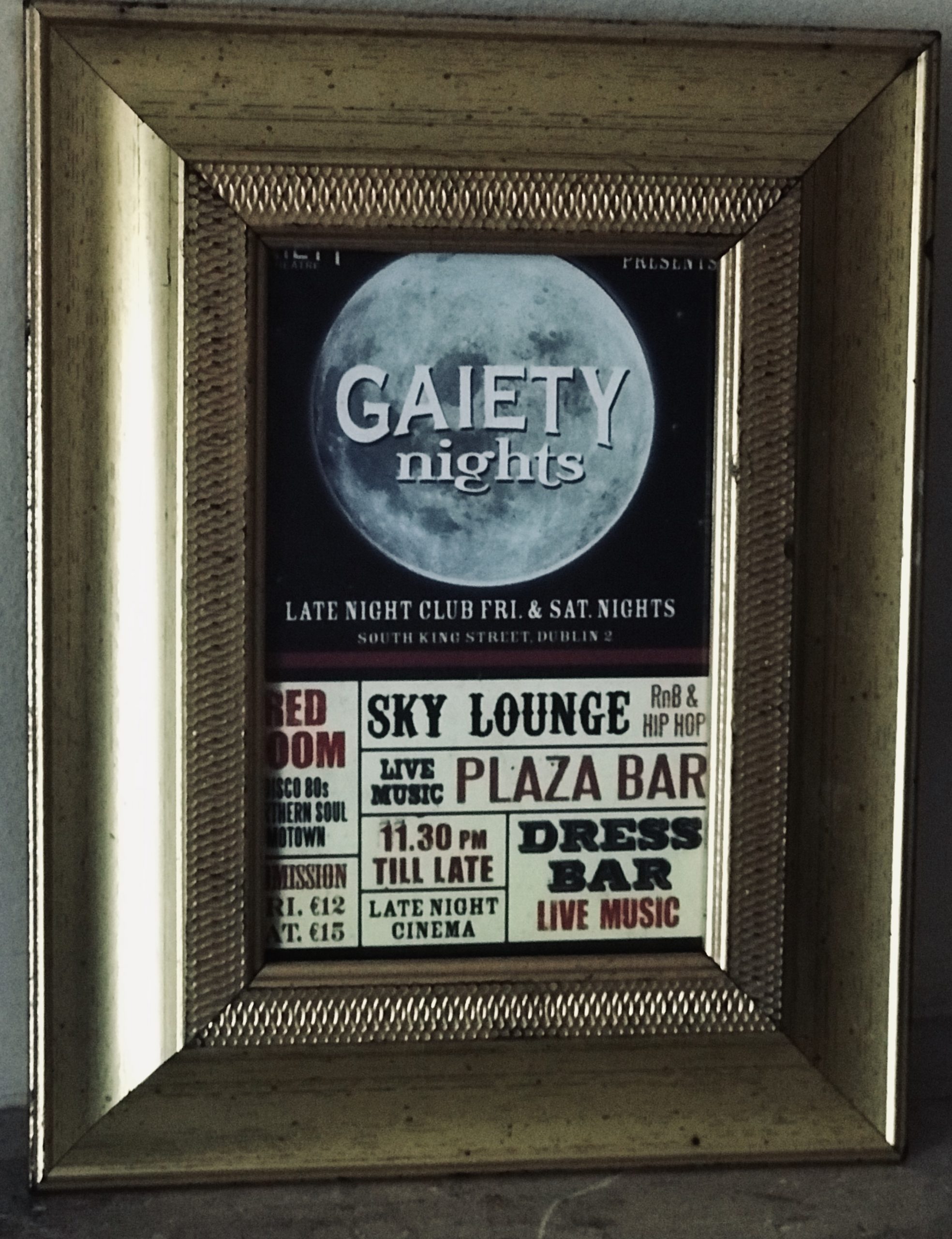 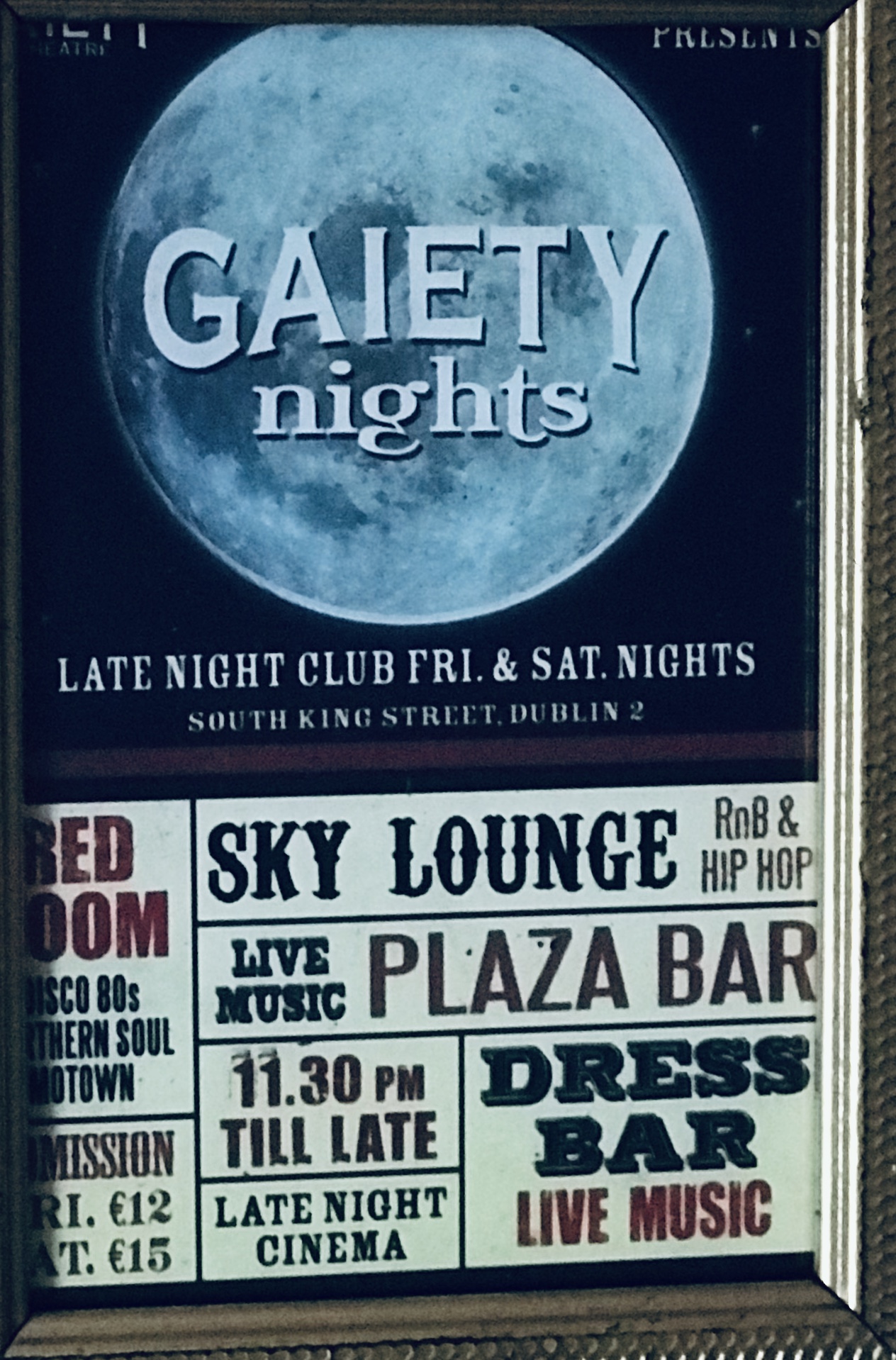 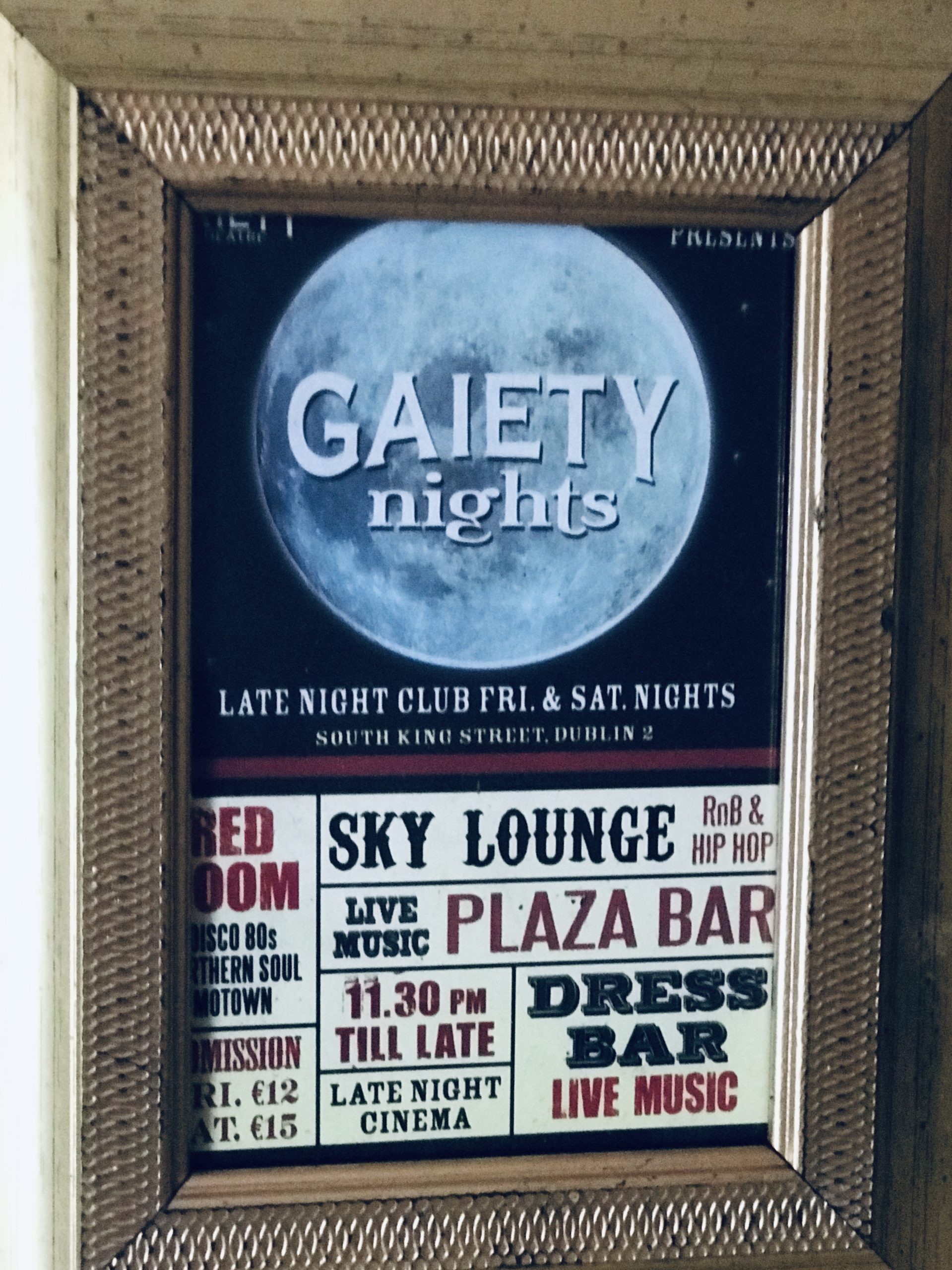 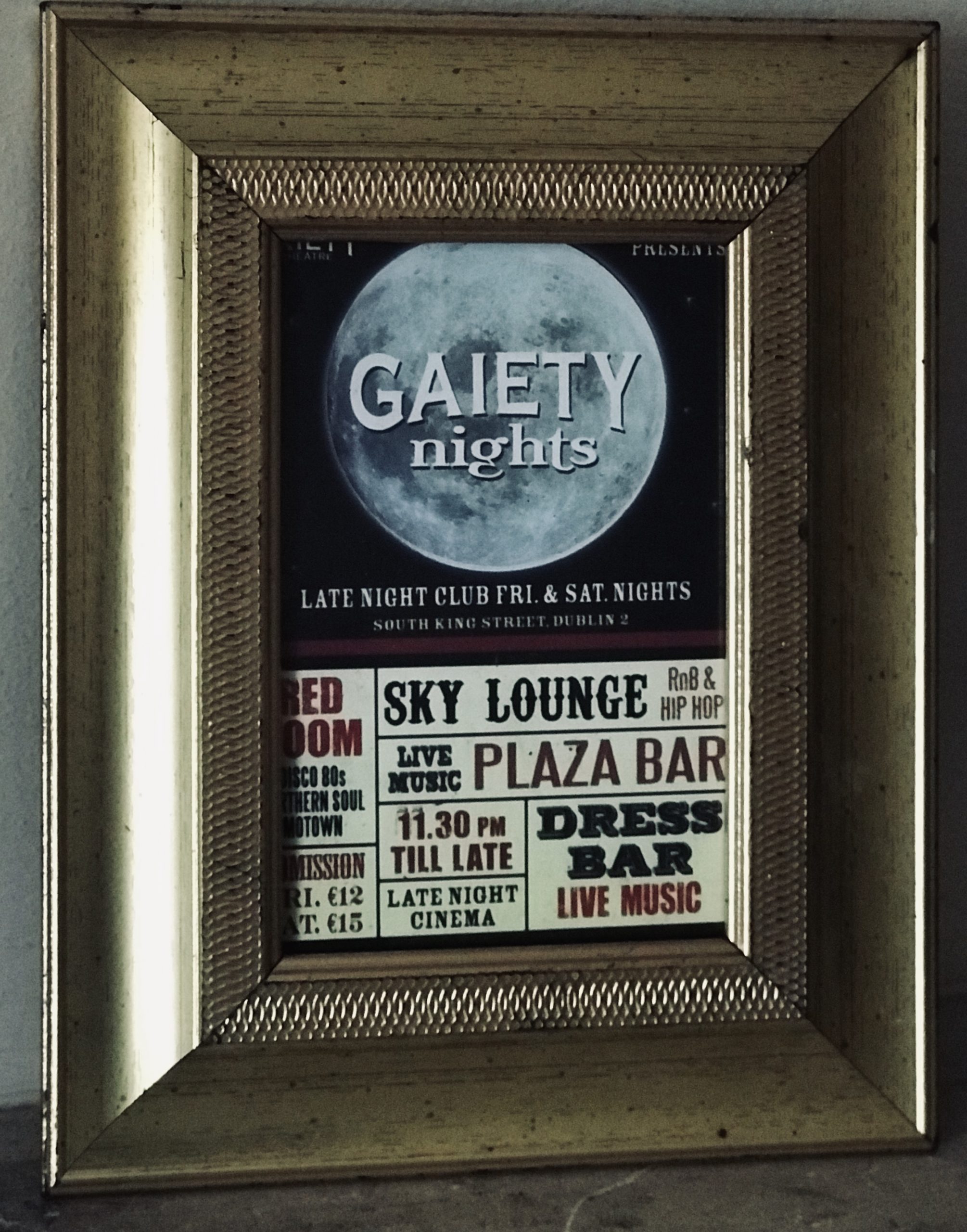