This unusual round shaped mirror was produced in 1959 by Roger Aplin Ltd Synge Street Dublin ,a company that specialised in alcohol and tobacco display items .

Harp was first produced in 1960 as a bottled beer by the Guinness company (now Diageo), in response to the trend among drinkers in Britain and Ireland towards Continental lager. Guinness converted its Dundalk brewery into a modern lager production plant with the guidance of Dr. Herman Muender, a distinguished German brewer. Various names were considered for the brand, including Atlas, Cresta and Dolphin, before Harp was chosen.The brand was marketed with the Brian Boru harp as its emblem.

By 1961 a consortium of brewers, Courage, Barclay & Simonds, Scottish & Newcastle, Bass, Mitchells & Butlers and Guinness, grouped together as Harp Lager Ltd to brew and market the beer.Courage’s Alton Brewery, where Courage Director’s had been brewed, was rebuilt to produce the lager in Great Britain.

By 1964, the product was being sold on draught and led in its category for sales. Members of the Harp consortium changed over the years, with Courage and Scottish & Newcastle leaving in 1979, but becoming franchisees. Currently available on draught, and in 330ml and 500ml bottles, its top market is Ulster, especially Northern Ireland and County Donegal. In 2005, Harp saw a makeover as Diageo Ireland separated the brand from Guinness.

On 9 May 2008, Diageo Ireland announced that it would close the Dundalk Brewery along with the Kilkenny Brewery over a five-year period. The last Harp was brewed at Great Northern in October 2013, after which production moved to Diageo’s sole Irish brewery, St James’s Gate Brewery in St. James’s Gate, Dublin.

Today, Harp is brewed in the Dublin brewery for Ireland and Hydes Brewery for Great Britain.In Australia, distribution is handled by Carlton & United Breweries.

Harp sold in America is brewed in Canada by Guinness Canada and is typically brewed at the Moosehead Brewery in New Brunswick.

An advertising hoarding in Belfast

For many years the slogan “Harp stays sharp” was used in advertisements. It was written by the advertising executive Rod Allen. Recently it has used the slogan “Look on the Harp side”.

Most famously Harp got a serious and immortal mention in the chorus of the Christy Moore classic song-Delirium Tremens!
“Goodbye to the Port and Brandy, to the Vodka and the Stag,
To the Schmiddick and the Harpic, the bottled draught and keg.
As I sat lookin’ up the Guinness ad I could never figure out
How your man stayed up on the surfboard after 14 pints of stout.” 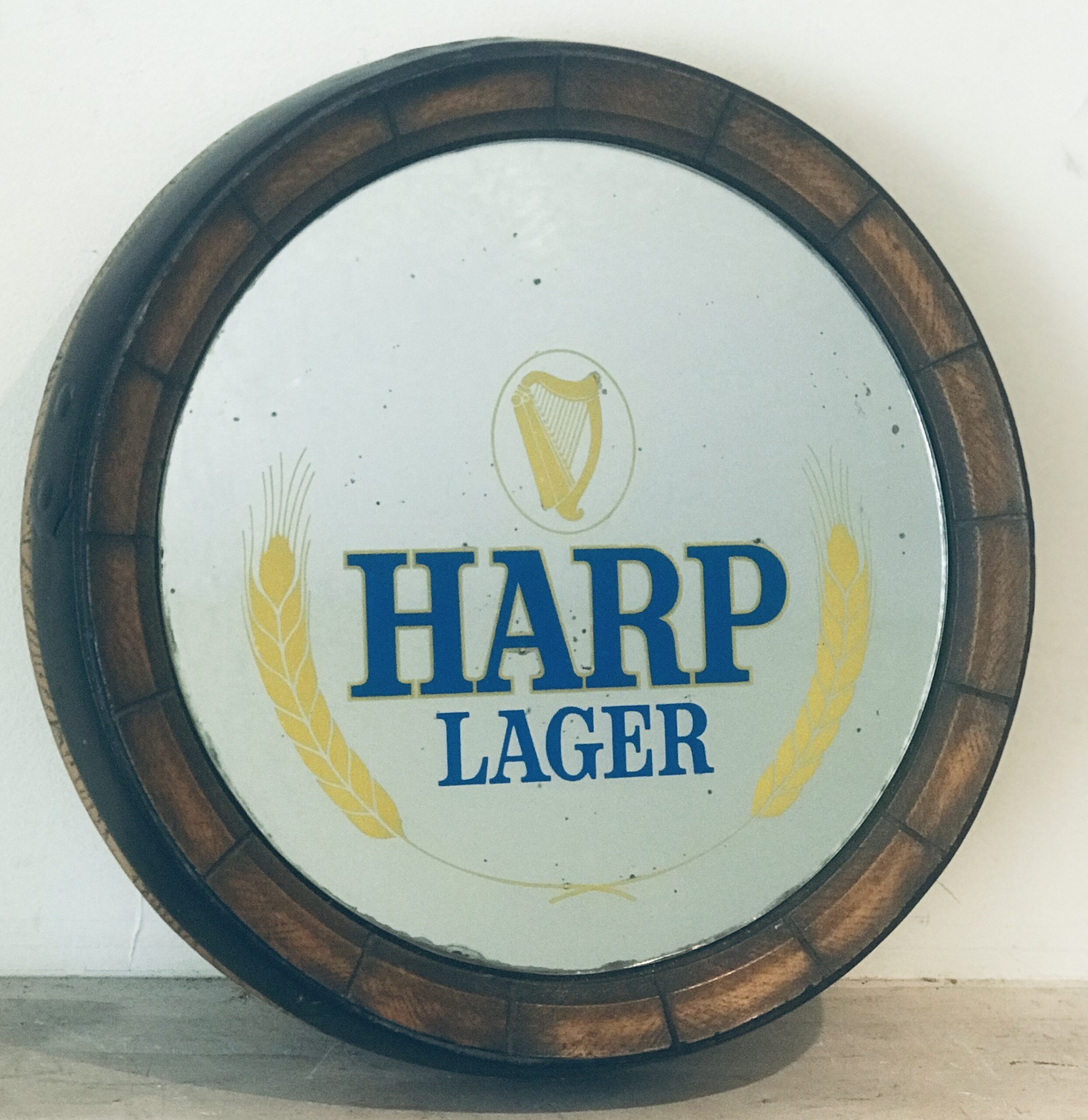 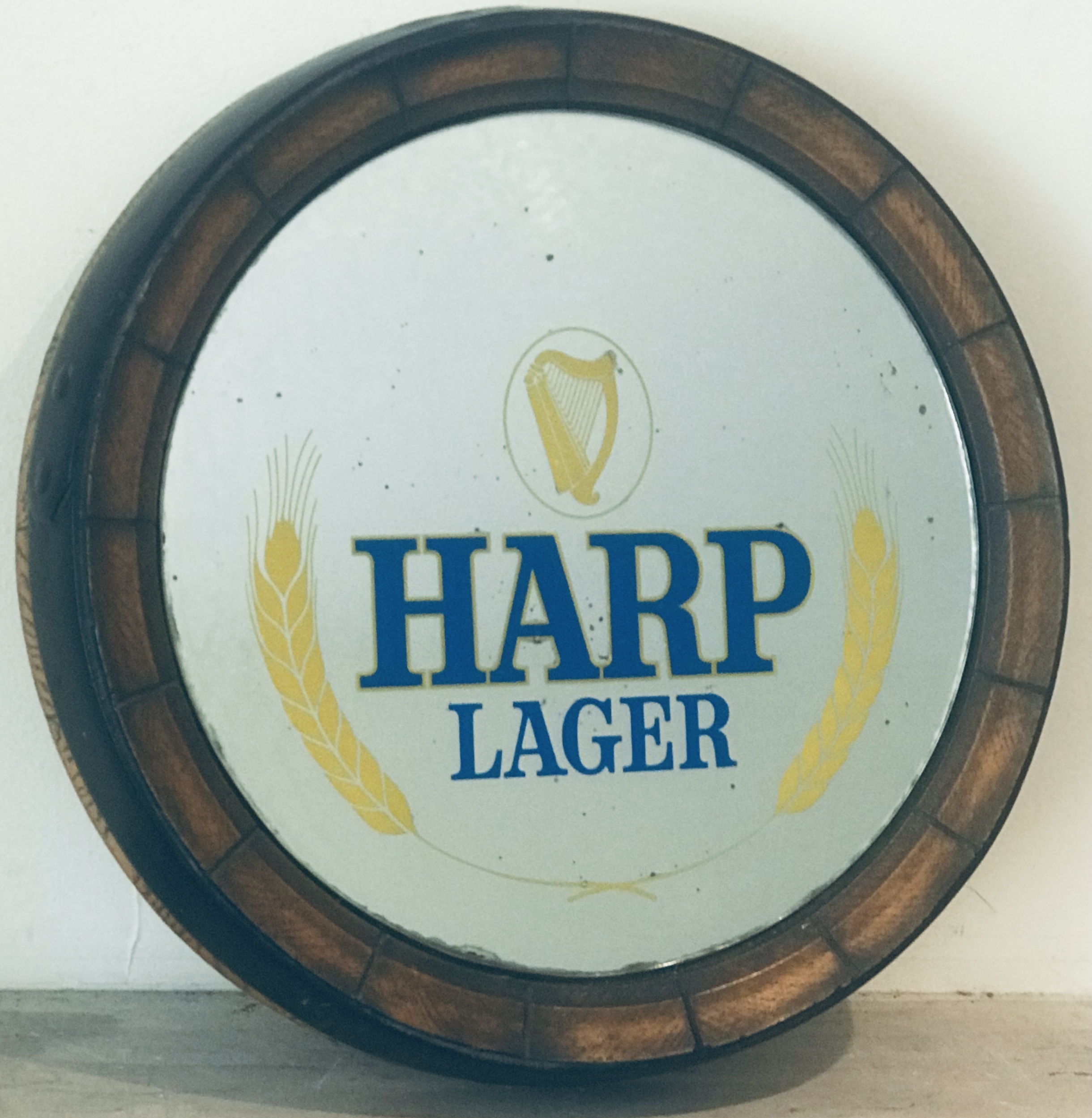 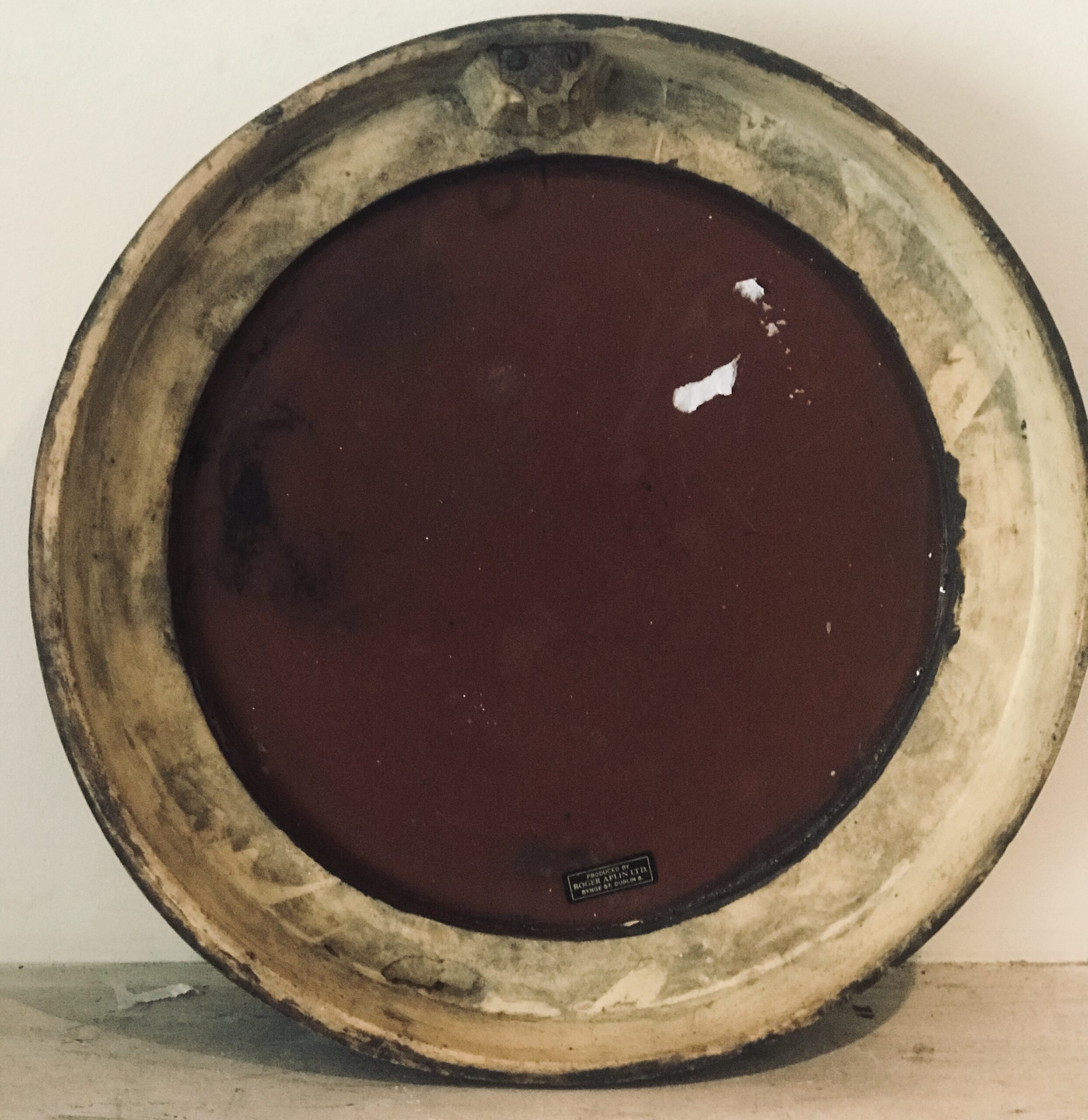 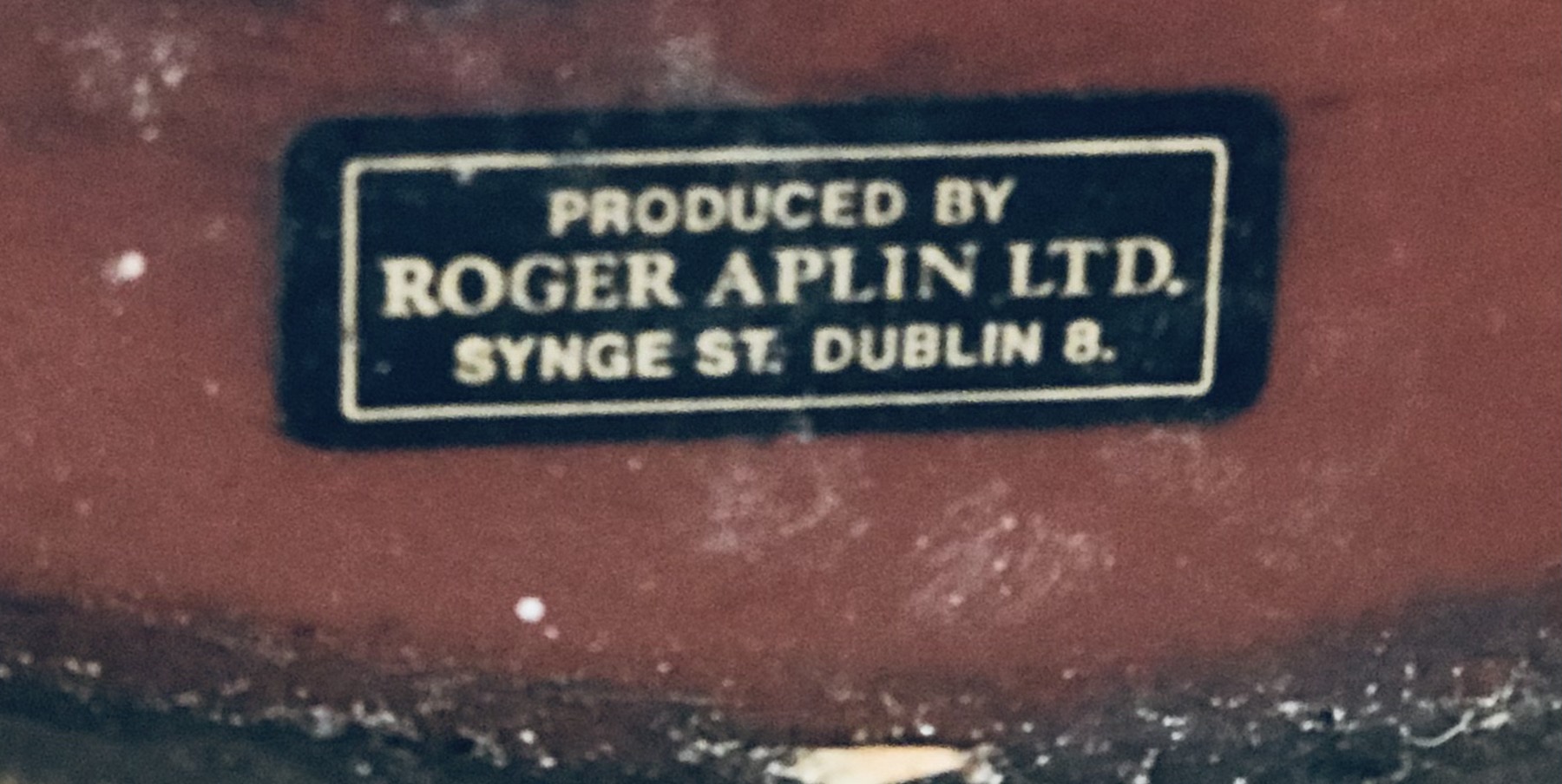