“The dappled sunlight spread further across the Tolka Park pitch. A faulty gramophone spat out the tune of Come Back to Erin. A capacity crowd at the old ground on Richmond Road waited in anticipation around a tiny wrestling ring constructed in the middle of the pitch, eager to get a glimpse of the man who had once brought London almost to a standstill by selling out White City and had years before tied the knot with Movita Castaneda, future wife of Marlon Brando.

Seconds later Jack Doyle clambered into the ring. In An Irishman’s Diary in The Irish Times the following week, Quidnunc wrote: “He was robed in a gown that might have been described as off-white, and he acknowledged his receptors a little absently-mindedly, with some of the air of a duchess who wasn’t sure if she had invited quite the right people to tea.”

The once-great heavyweight boxer, soprano and not-so-great actor from Cobh, Co Cork, was well into the downward spiral that would ultimately lead to his death in destitution, a long way from the bright lights of London and New York where he had become one of the most famous celebrities of the age. In a rags-to-riches story, when Doyle climbed into the ring in Tolka Park on June 8th, 1951, for an exhibition wrestling match against Italian-American heavyweight, Tony “Two Ton” Galento, the tale was very much reaching its last chapters and was on its way from riches back to rags.

The story of Joseph Doyle (he would later change his name to Jack) – born in Cobh in 1913 to a family living off penny dinners from the local convent – is remarkable for many reasons. The narrative of coming from nothing into everything, the red carpets, the endless parties, the womanising, the domestic abuse, the stints in prison and, most of all, the drinking sadly

feature in the life stories of many boxers. 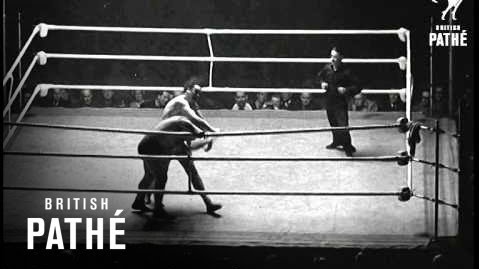