Light Up Guinness Advertising Sign-Good Time For A Guinness

ess advertising has become an institution, virtually since Arthur Guinness set up the brewery in 1779.Today Guinness advertising is not just a subject for fond remembrance of past campaigns – nowadays its a subject for the specialist collector.Every item, from original artwork to old Guinness labels -has a price and a buyer. 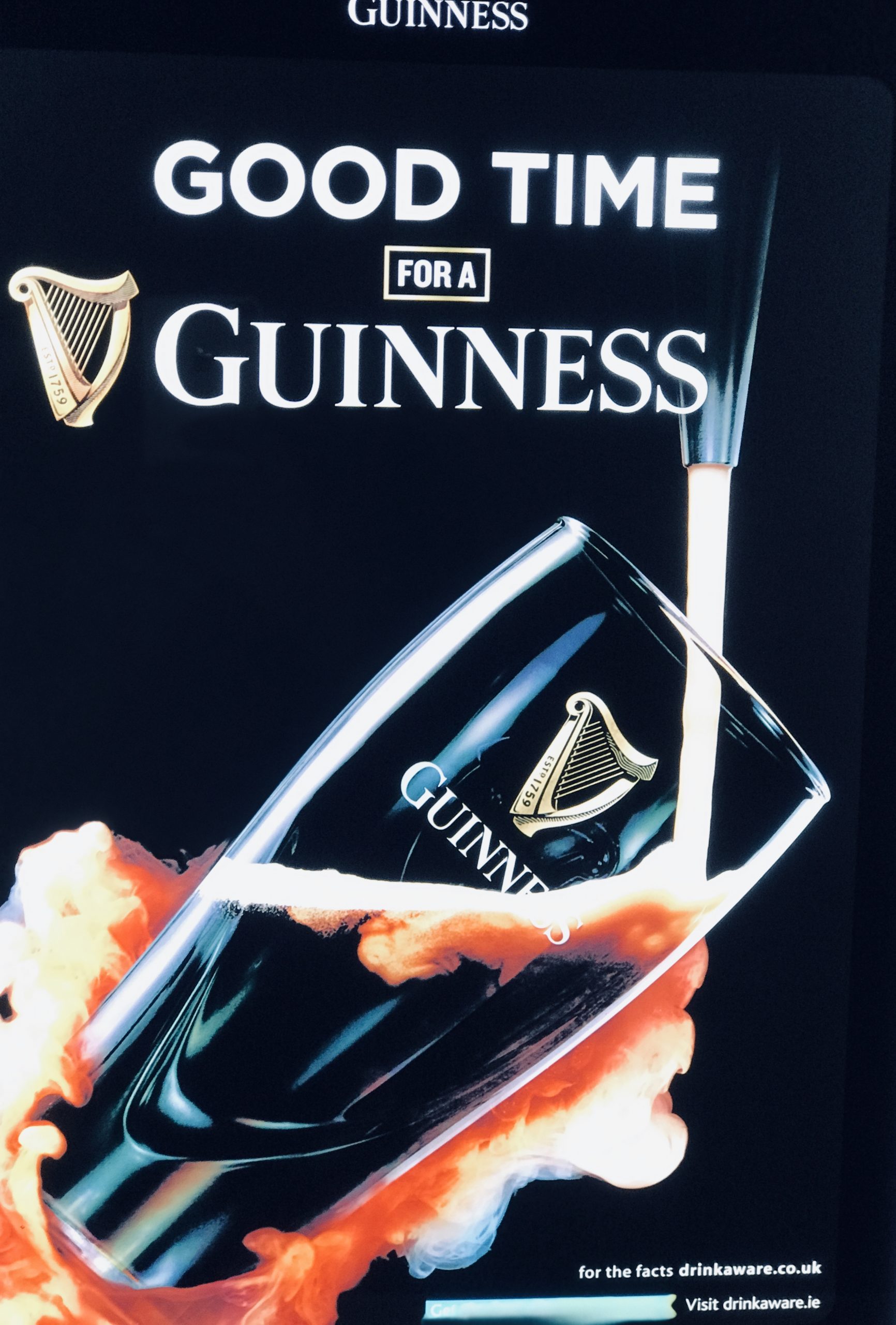 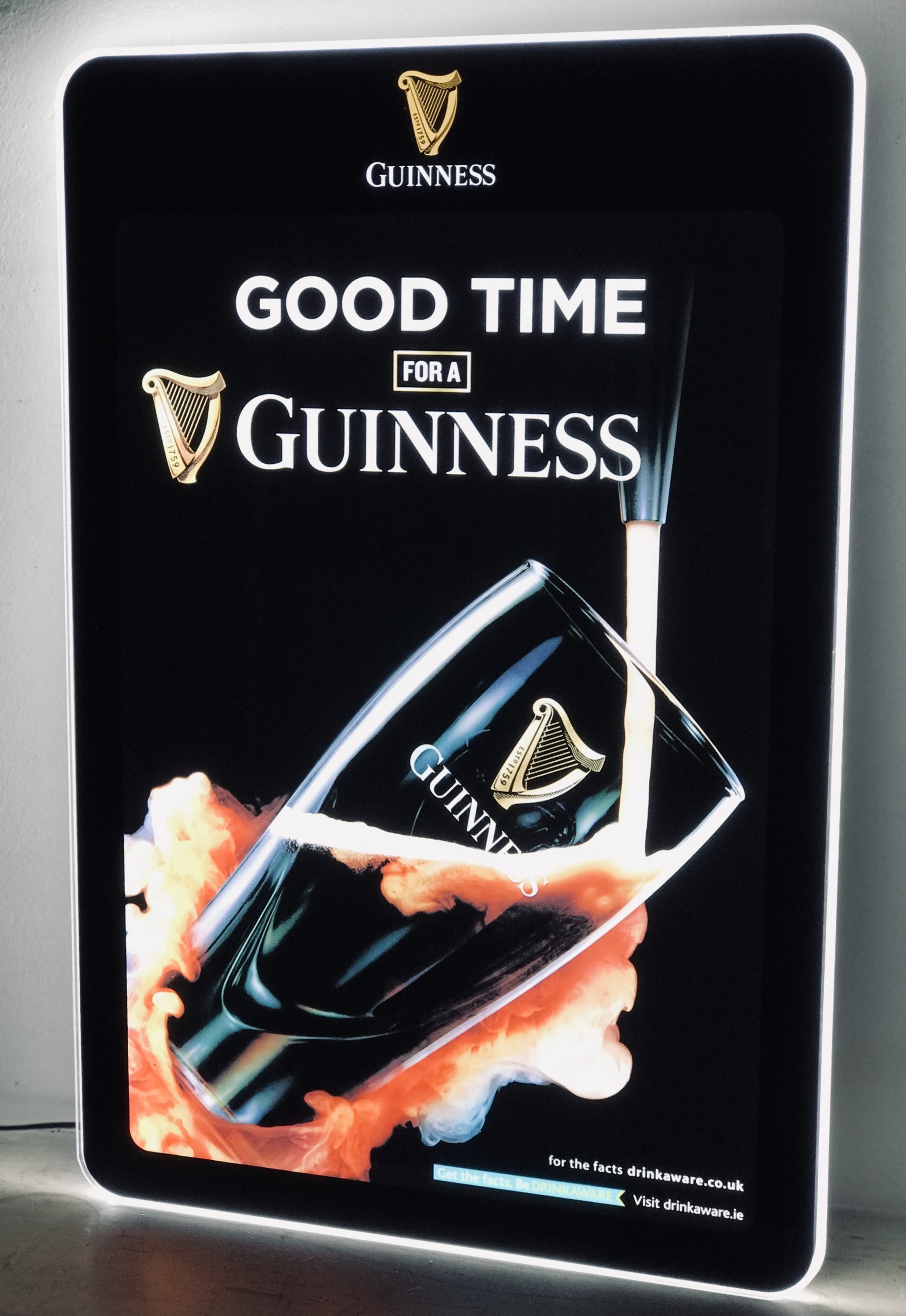 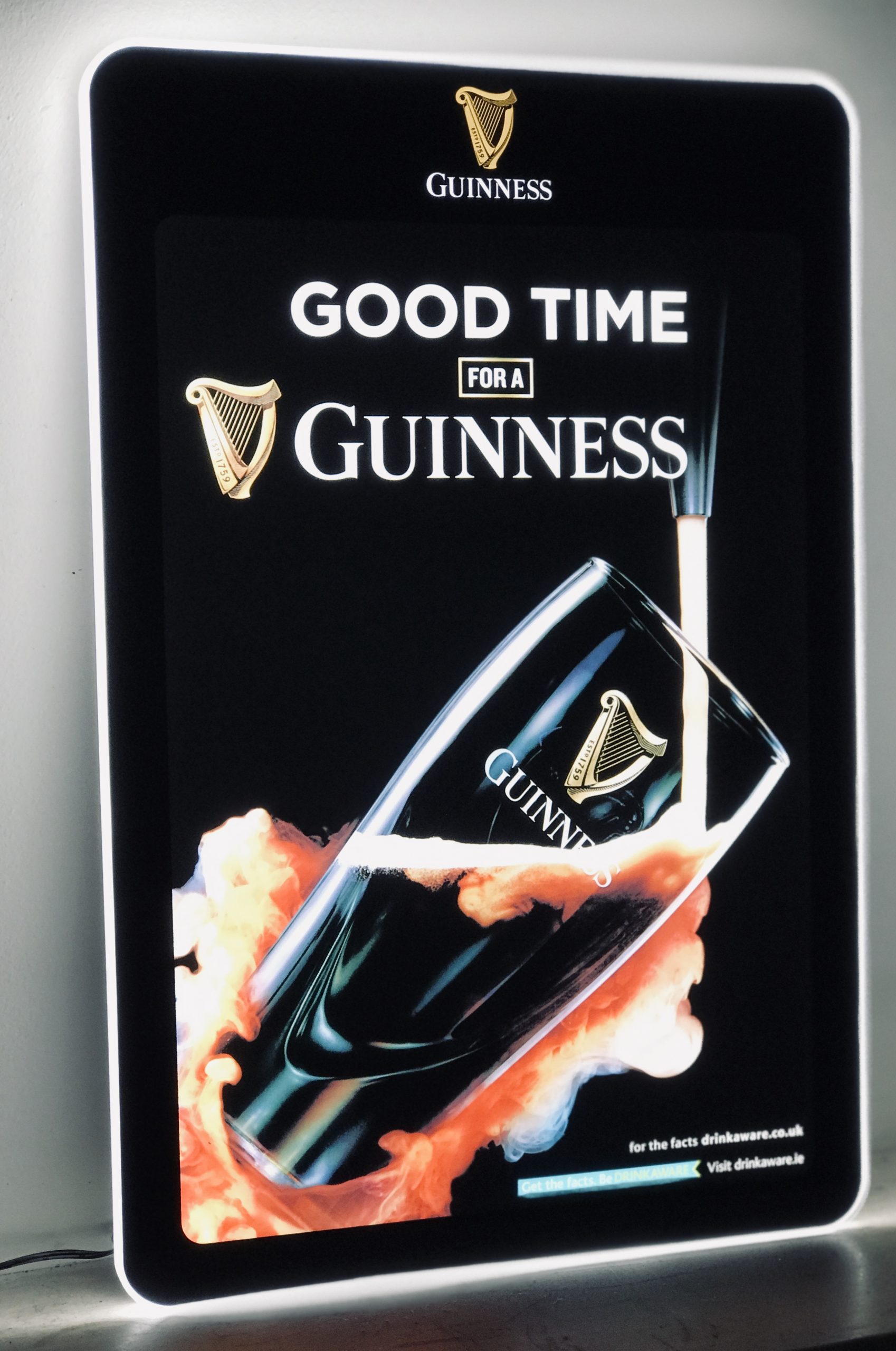 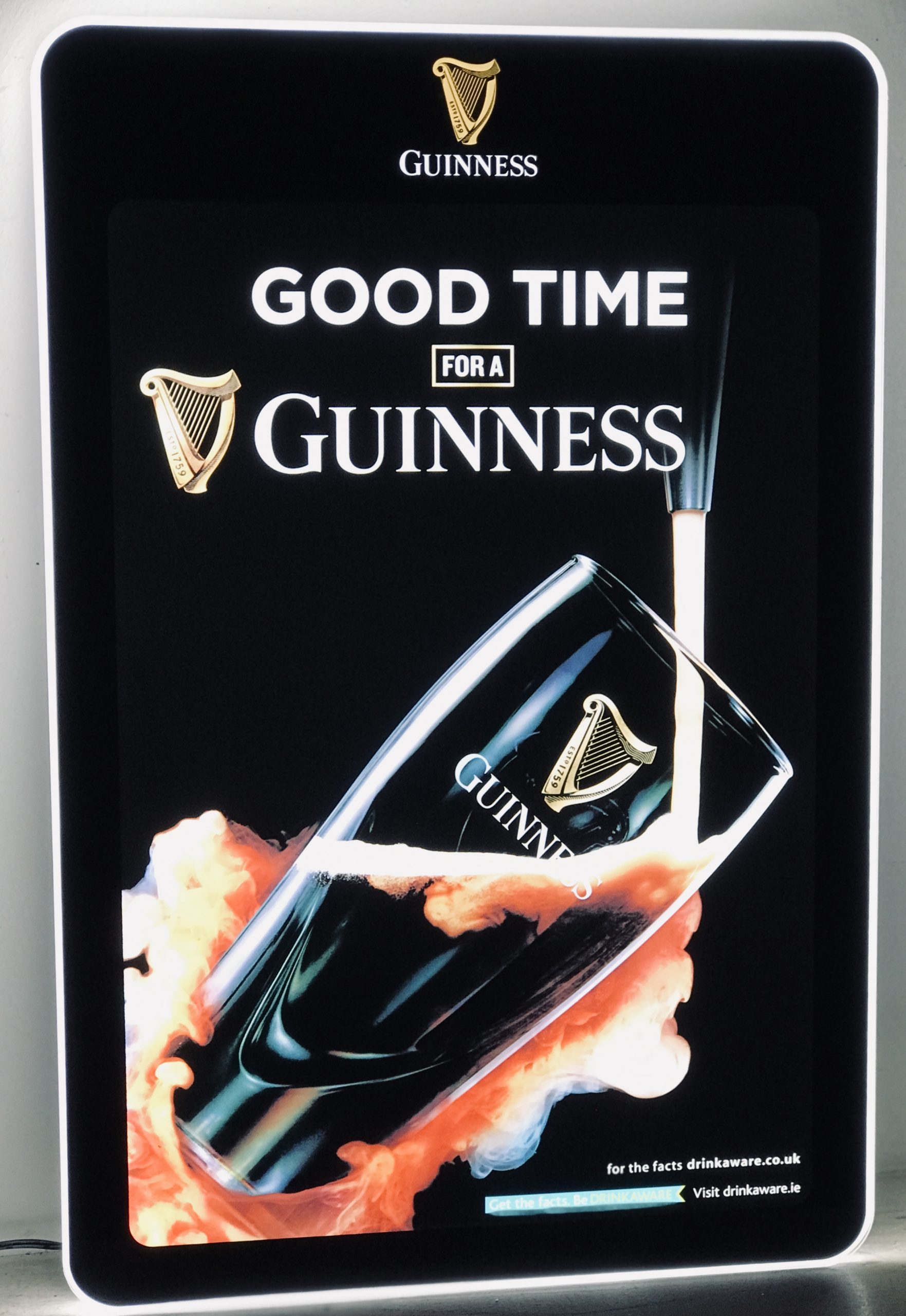