The “Manchester Martyrs”  is a term used by Irish nationalists to refer to three men—William Philip Allen, Michael Larkin and Michael O’Brien—who were executed following their conviction of murder in 1867 after an attack on a police van in Manchester, England, in which a police officer was accidentally shot dead, an incident that was known at the time as the “Manchester Outrages“. The three were members of the Irish Republican Brotherhood, also known as the Fenians, an organisation dedicated to ending British rule in Ireland, and were among a group of 30–40 Fenians who attacked a horse-drawn police van transporting two arrested leaders of the Brotherhood, Thomas J. Kelly and Timothy Deasy, to Belle Vue Gaol. Police Sergeant Charles Brett, travelling inside with the keys, was shot and killed while looking through the keyhole of the van as the attackers attempted to force the door open by shooting the lock. Kelly and Deasy were released after another prisoner in the van took the keys from Brett’s body and passed them to the group outside through a ventilation grill; the pair were never recaptured, despite an extensive search.

Although Allen and Larkin admitted taking part in the attack, none of the defendants was accused of firing the fatal shot, but they were convicted on the basis of “joint enterprise” for taking part in a criminal enterprise that ended in the killing. The trial has nonetheless been described by an eminent Irish historian as “unsatisfactory”, and the evidence as “dubious”.Two others were also charged and found guilty of Brett’s murder, Thomas Maguire and Edward O’Meagher Condon, but their death sentences were overturned—O’Meagher Condon’s through the intercession of the United States government (he was an American citizen), and Maguire’s because the evidence given against him was considered unsatisfactory by the court. Allen, Larkin and O’Brien were publicly hanged on a temporary structure built on the wall of Salford Gaol, on 23 November 1867, in front of a crowd of 8,000–10,000.

Ireland reacted with revulsion and anger to the executions,and Allen, Larkin and O’Brien were hailed as political martyrs. Annual commemorations were held throughout Ireland, and monuments were built in many Irish towns.Brett, the first Manchester City Policeofficer to be killed on duty, is memorialised in a monument in St Ann’s Church. 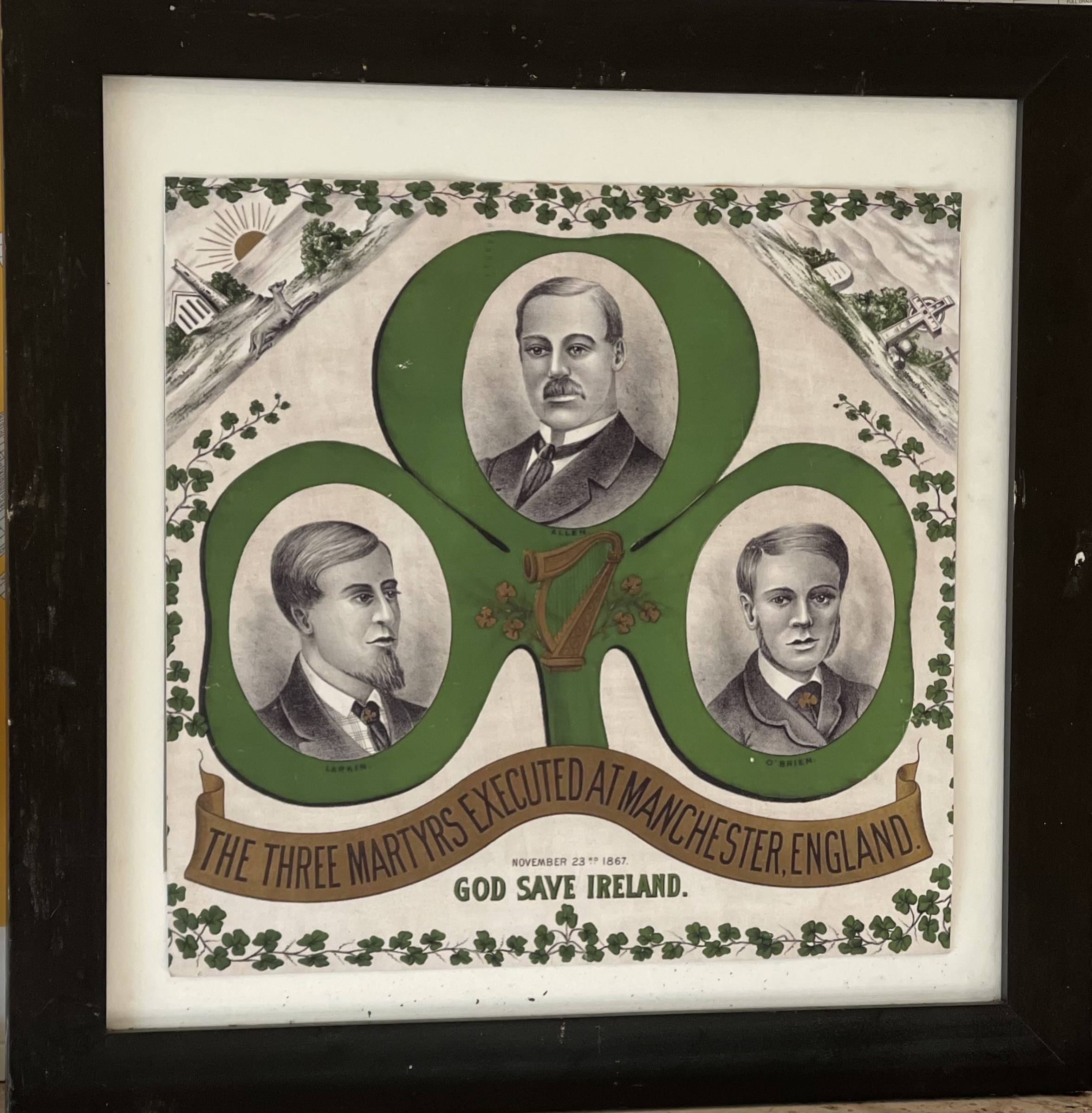 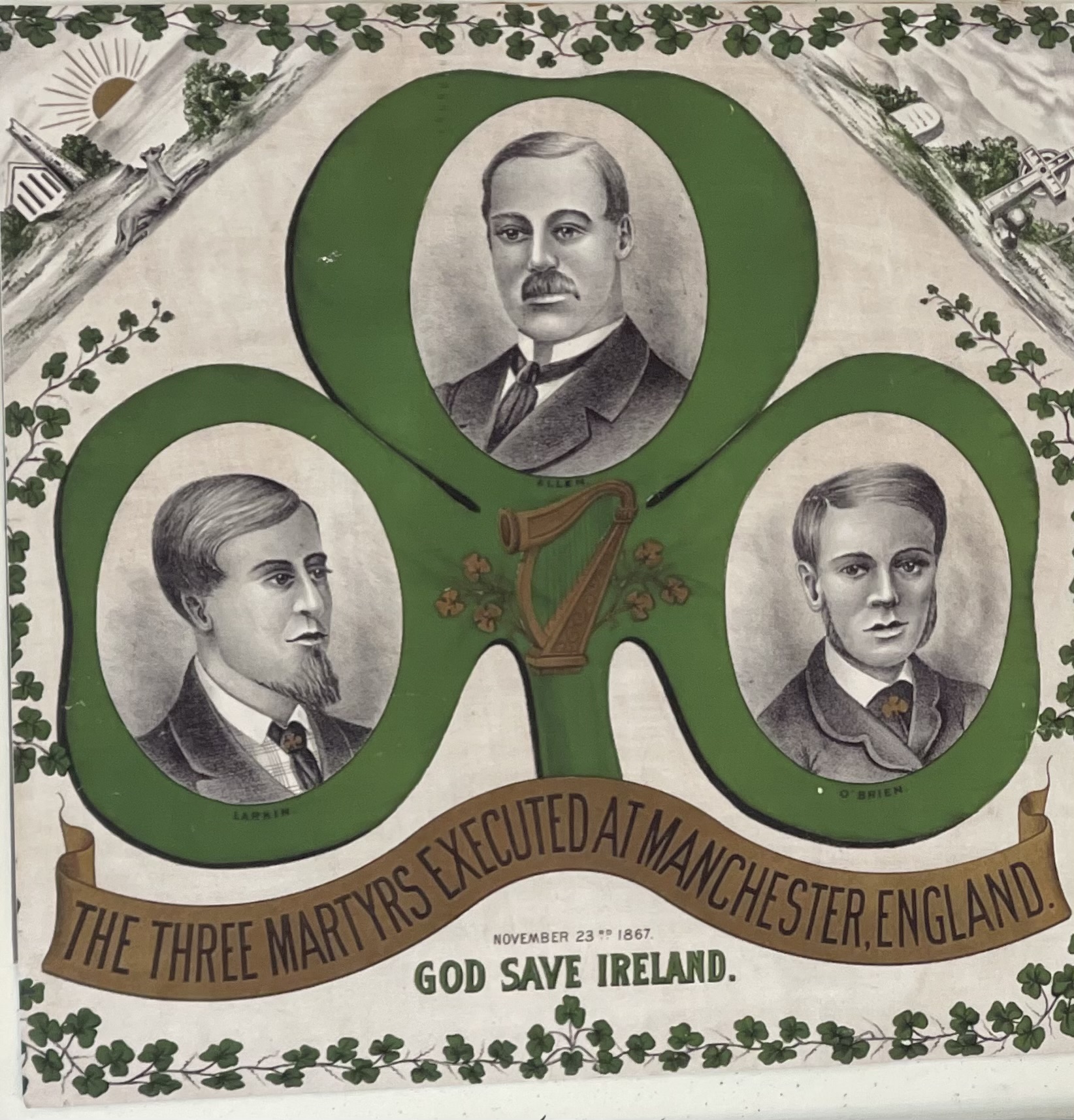 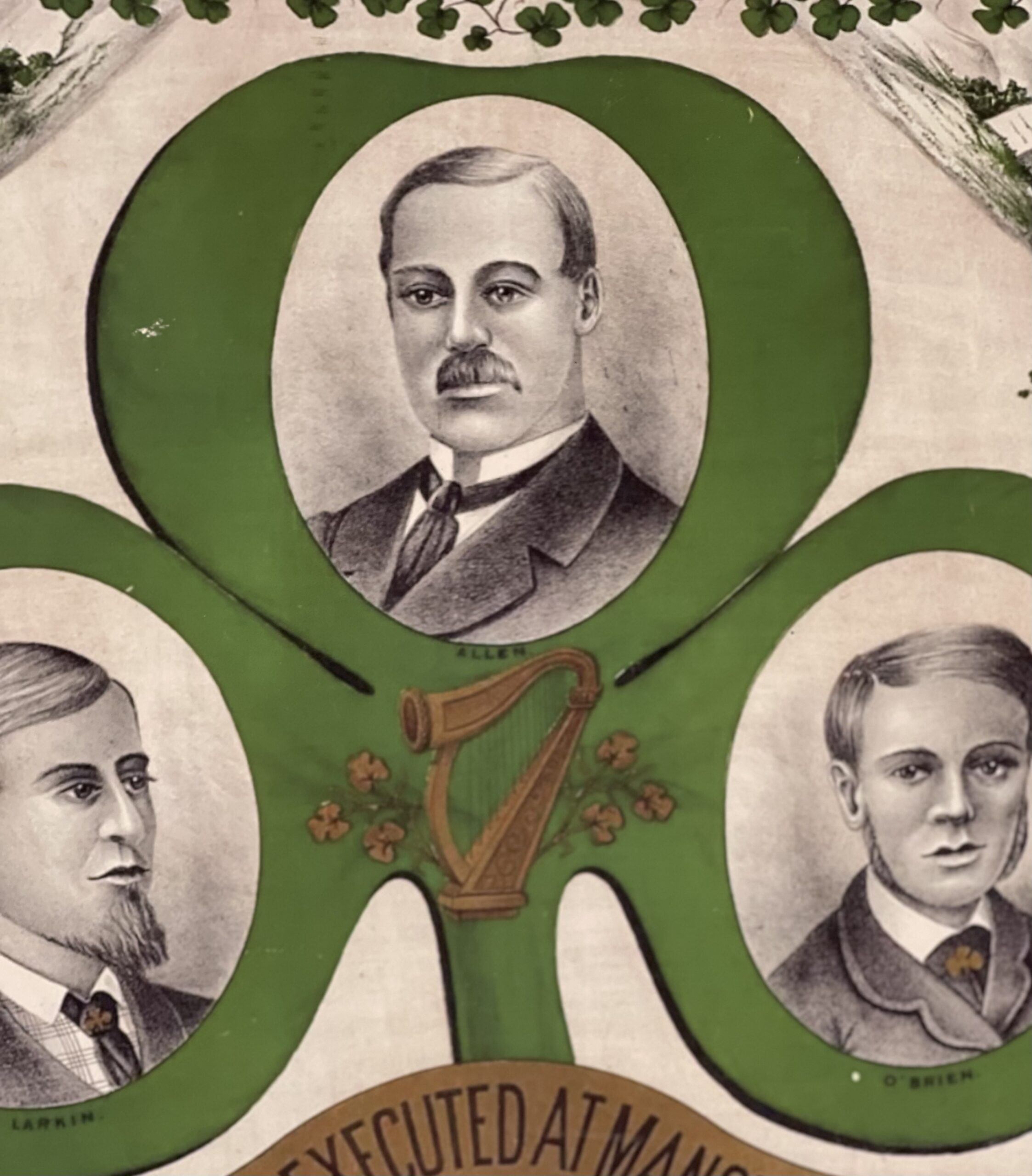 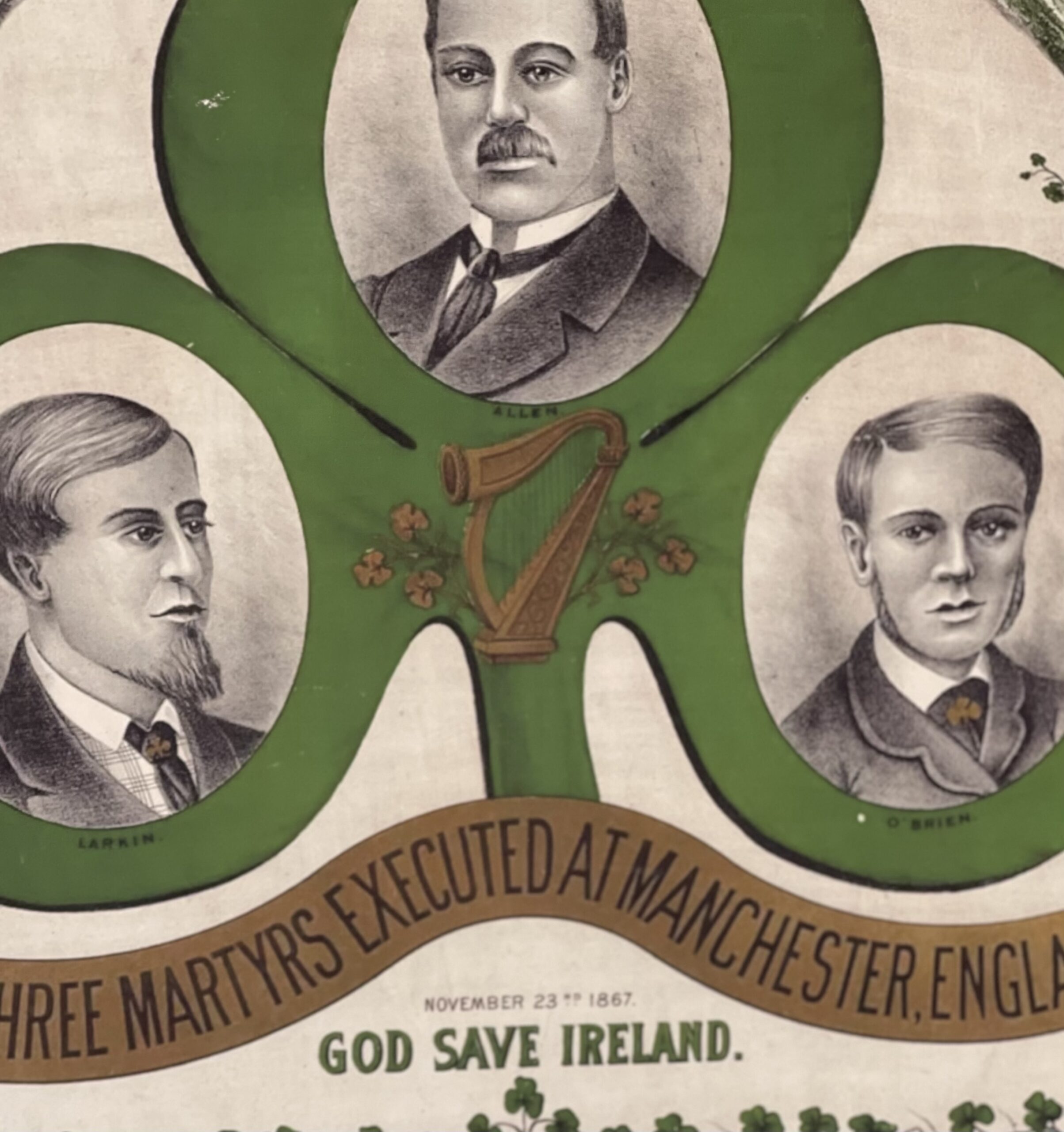