An absolute classic Powers Pure Pot Still Whiskey mirror. This vintage mirror originated from a public house in Middle Abbey Street on  Dublin’s Northside where it hung behind the bar and is believed to date from the late 1880’s,and where it also survived bombing from the British military during the 1916 Easter Rebellion. It is a magnificent example of the genre and especially the intricate workmanship and painstaking glass engraving which adorned the early whiskey mirrors. We at the irishpubemporium are very confident in advising that mirrors such as this outstanding example do not come on the market very often.Please email us for further information as its price is now only available on application as some similar examples have commanded large sums at public auction in recent months. 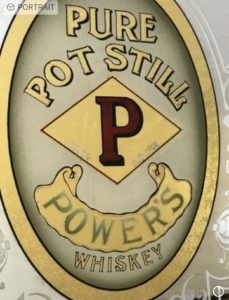 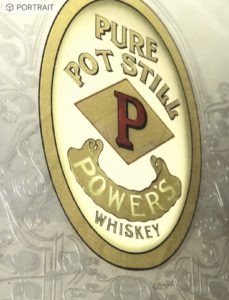 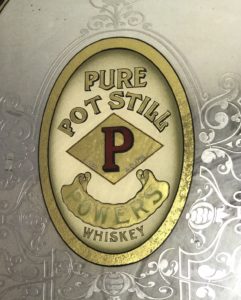