21 years ago  an up-and-coming young Irish band strangely named after a German war plane came to play in Gorey.

They were called U2.

Friday, August 15, 1980, was the day that the young Bono, Edge, Adam and Larry travelled down from Dublin in a van to play on the closing night of the 11th annual Funge Arts Festival, whose posters billed them as ‘Ireland’s newest rock sensation’ – little did they realise how accurate that would turn out to be!

Admission to the Theatre Hall for U2 was £2.50, which represented one of the highest prices for any event at that year’s Festival.

Only the performance by Freddie White in the Funge Arts Centre on the same night cost more, £3.

Interest in the gig was high amongst rock music fans throughout county Wexford and south county Wicklow, as the potential shown by the young U2 had already been spotted by the rock and roll press.

Bono and the boys had already released four singles – ‘U23’, ‘Another Day’, ’11 o’clock Tick Tock’ and ‘A Day Without Me’ by the time they came to Gorey, and belted them all out from the Theatre Hall stage, while the set list that night also included a number of other tracks from their first album, ‘Boy’, which would hit the record shops just two months later.

By all accounts, the venue was packed out with music fans.

One of those who was genuinely amongst the crowd that night was local photographer Ger Leacy, who recalled how he and some of his friends were at first none too impressed by the noisy young crowd from Dublin.

Ger was then an active member of the canoe club in the area at the time.

‘We were supposed to be having a meeting next door to the Theatre Hall, but it was too noisy, so we had to call it off,’ he said.

‘We went in to see the band instead, and it turned out to be a great show. I still remember Bono climbing up on speakers and jumping around the place.

‘I suppose some people probably thought he was mad, but he’s after doing well enough for himself in the meantime!’

Unfortunately – but not unexpectedly! – the ‘Gorey Notebook’ was unable to contact U2 themselves, to see what memories they might have of their Theatre Hall performance.

We do our best here, but when it comes to getting in touch with rock megastars, we don’t quite have the power as ‘Rolling Stone’ magazine…

Anyway, the poster advertising U2’s appearance in Gorey still hangs on the wall of the snug at the town’s famed Paddy Blues pub, along with posters for other Arts Festivals from around those years.

A glance over it shows there were also a number of other big names who performed in 1980.

That’s a great line-up in anybody’s book, but its high standard was nothing unusual in Gorey in those days, as the Arts Festival each year featured such top names.

It’s almost enough to make this reporter wish he were 20 years older, so that he could have seen them all in action at the time! 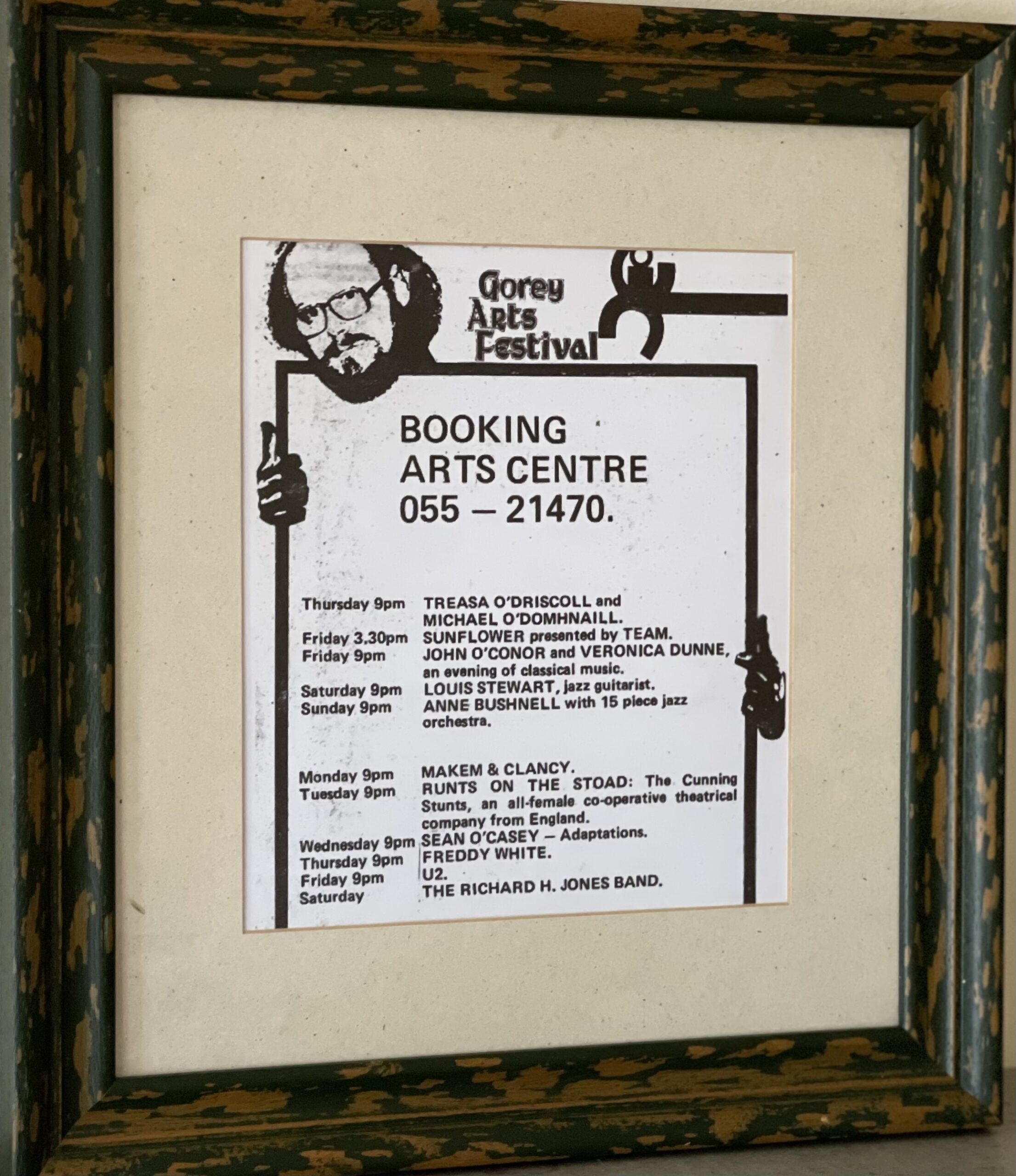 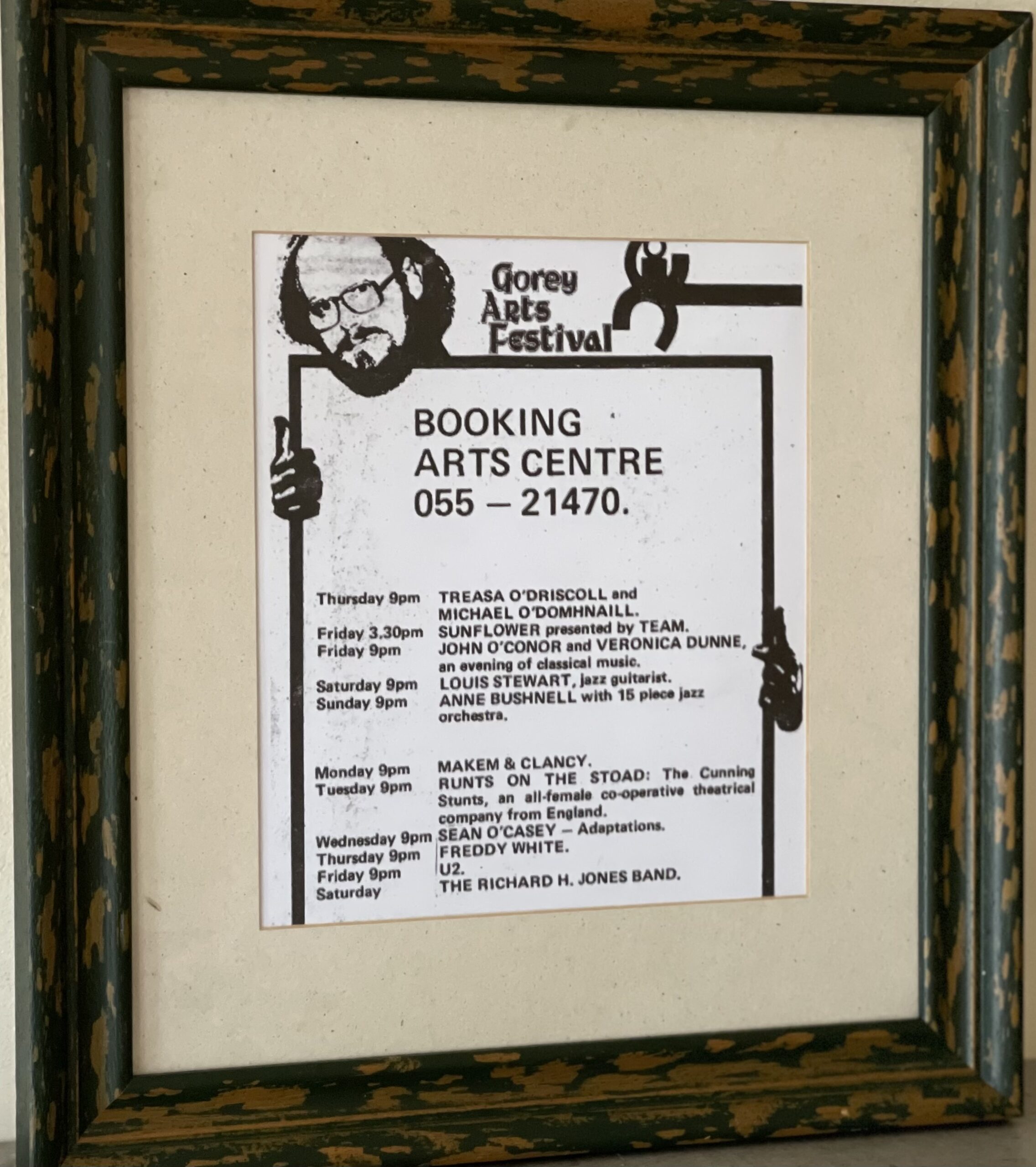 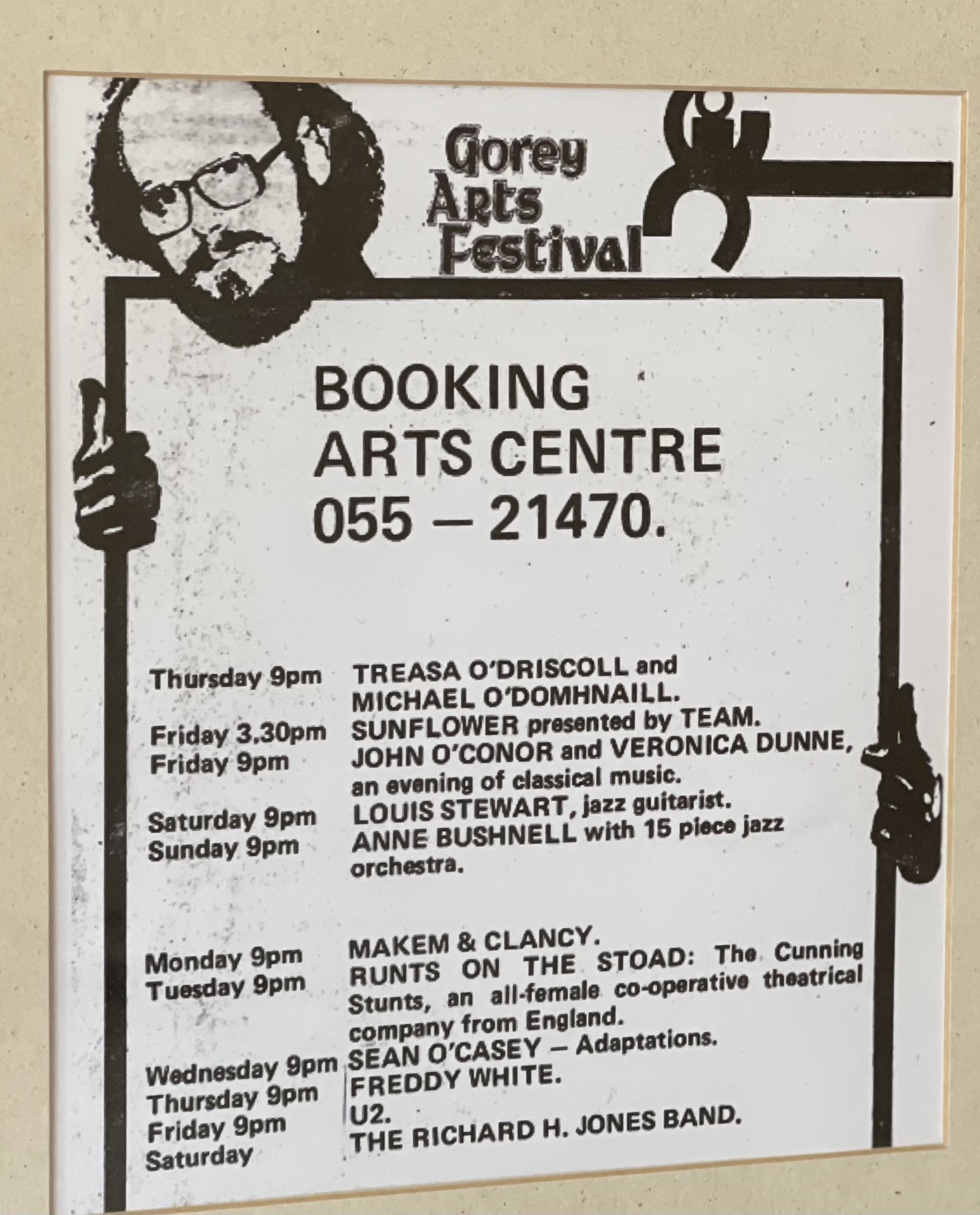 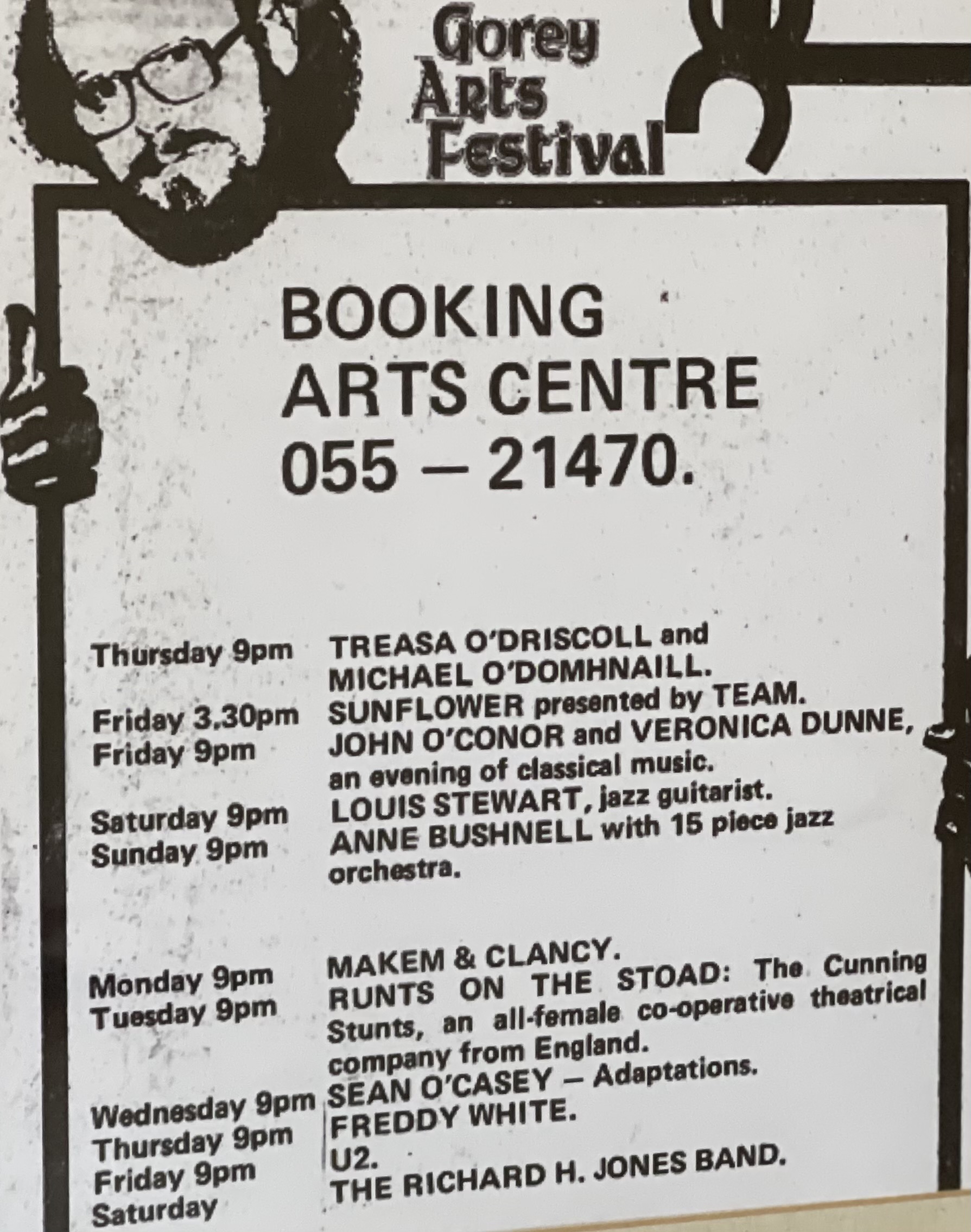