Election manifesto poster for the 1932 General Election and a rare and wonderful piece of Irish Political history.In excellent condition considering its age.Printed by the Fodhla Printing co.,Ltd and published by the National Executive of Fianna Fail,13 Upper Mount Street Dublin.

“In the 1932 general election ,which was caused by WT Cosgrove dissolving the previous Dáil in early February,Fianna Fail speakers gave as good as they got at church gate meetings .Under the slogan ‘speed the plough’ ,the party under its leader Eamon De Valera pledged to increase tillage farming and move towards self sufficiency in the countrys’ requirements of wheat, oats and barley.that would increase the earnings of agricultural workers and small  farmers by £3,130,000.”

This seminal general election which  was held on 16 February 1932,was the first election held since the Statute of Westminster granted full independence to the Irish Free State a year earlier.

The newly elected 153 members of the 7th Dáil assembled at Leinster House on 9 March 1932 when the new President of the Executive Council and Executive Council of the Irish Free State were appointed by Governor-General James McNeill on the nomination of Dáil Éireann. 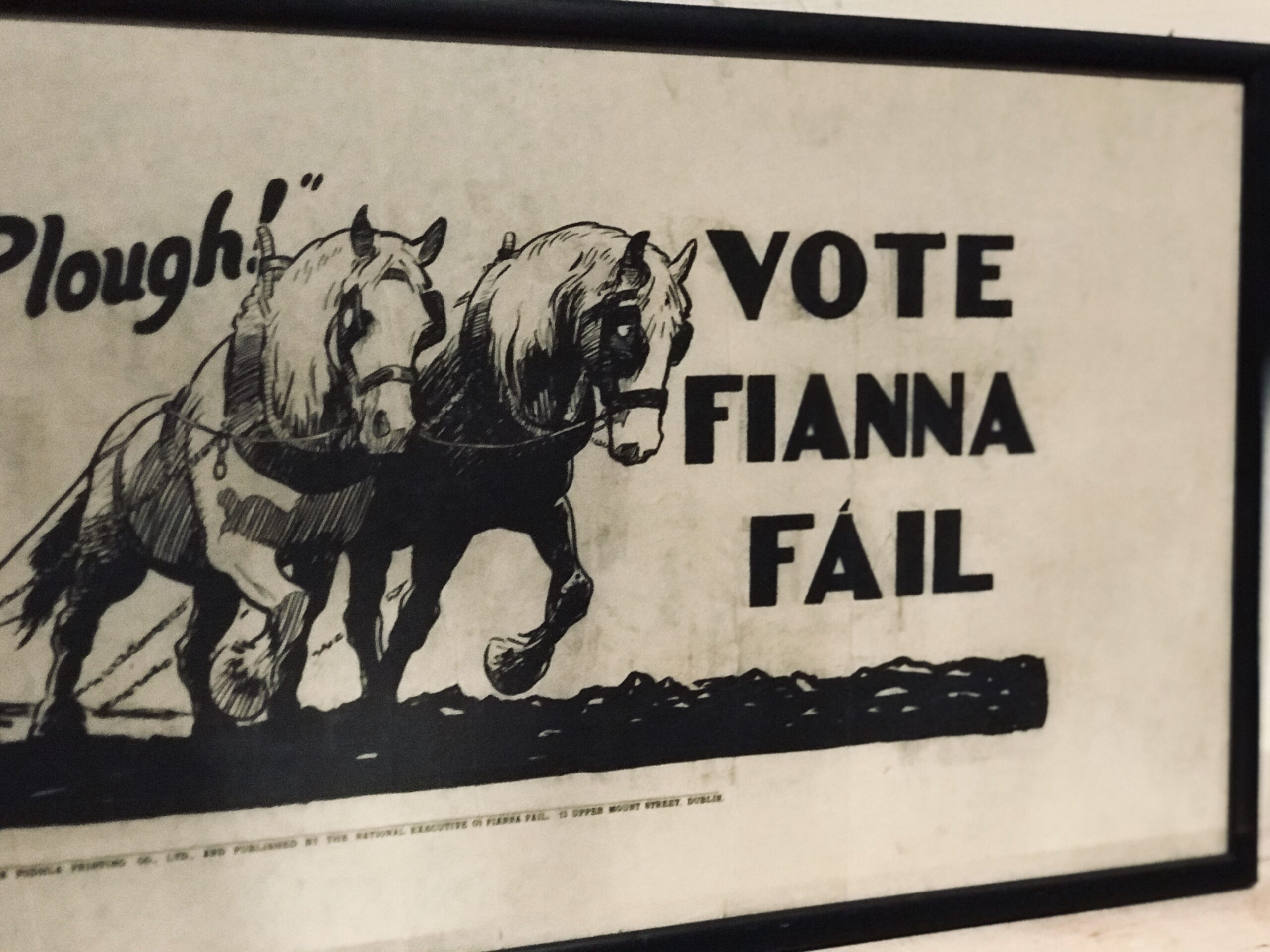 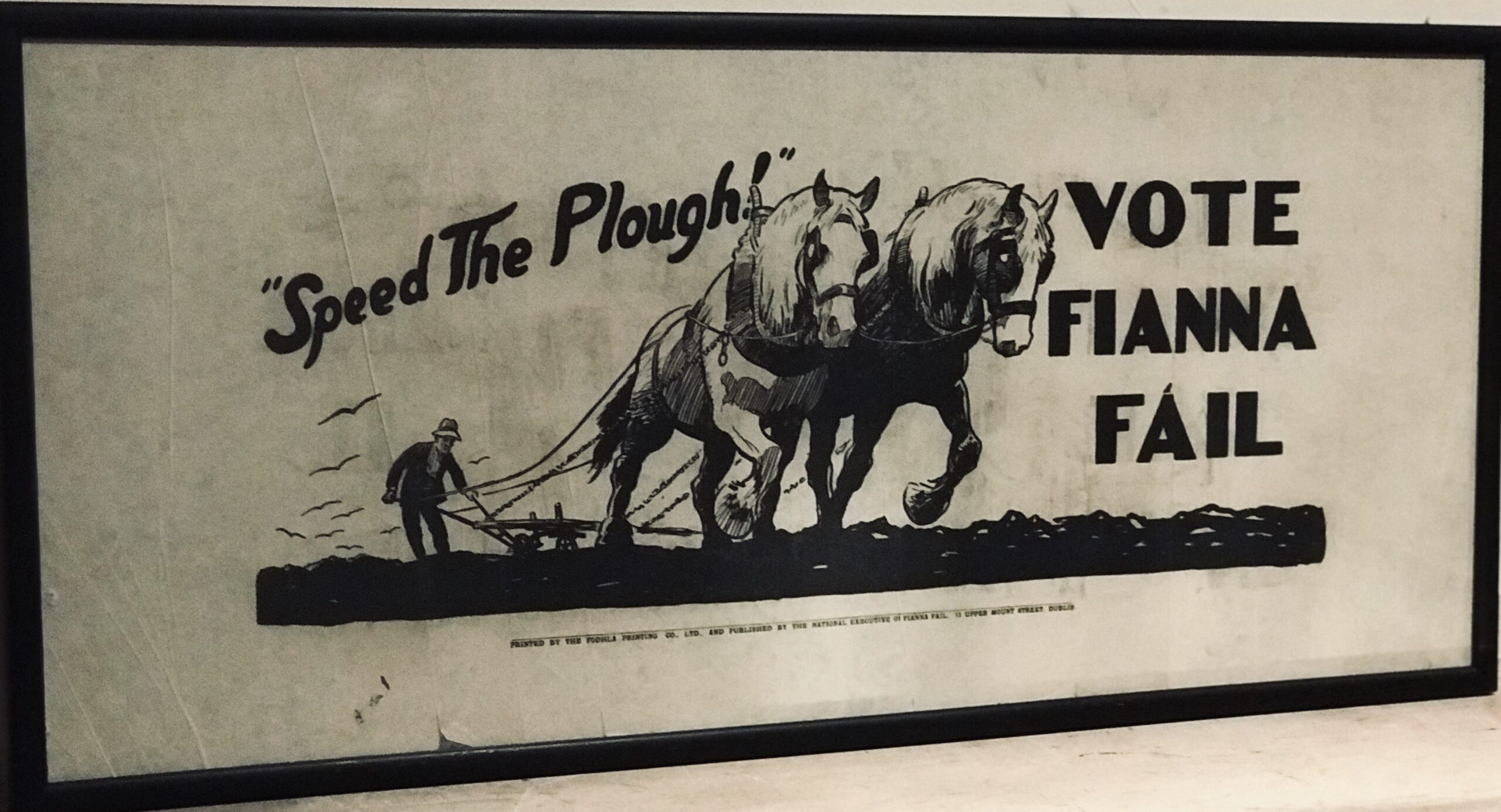 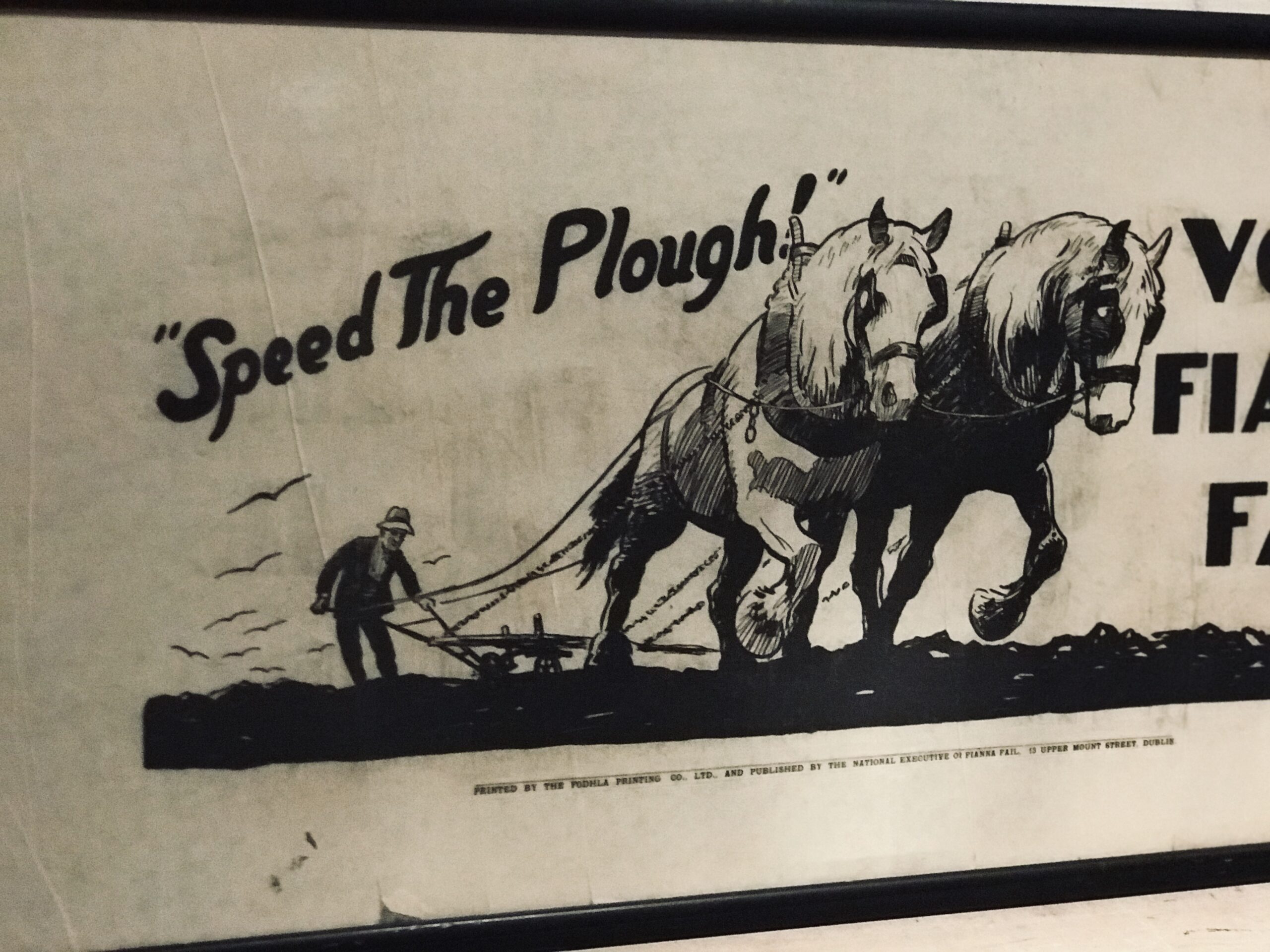 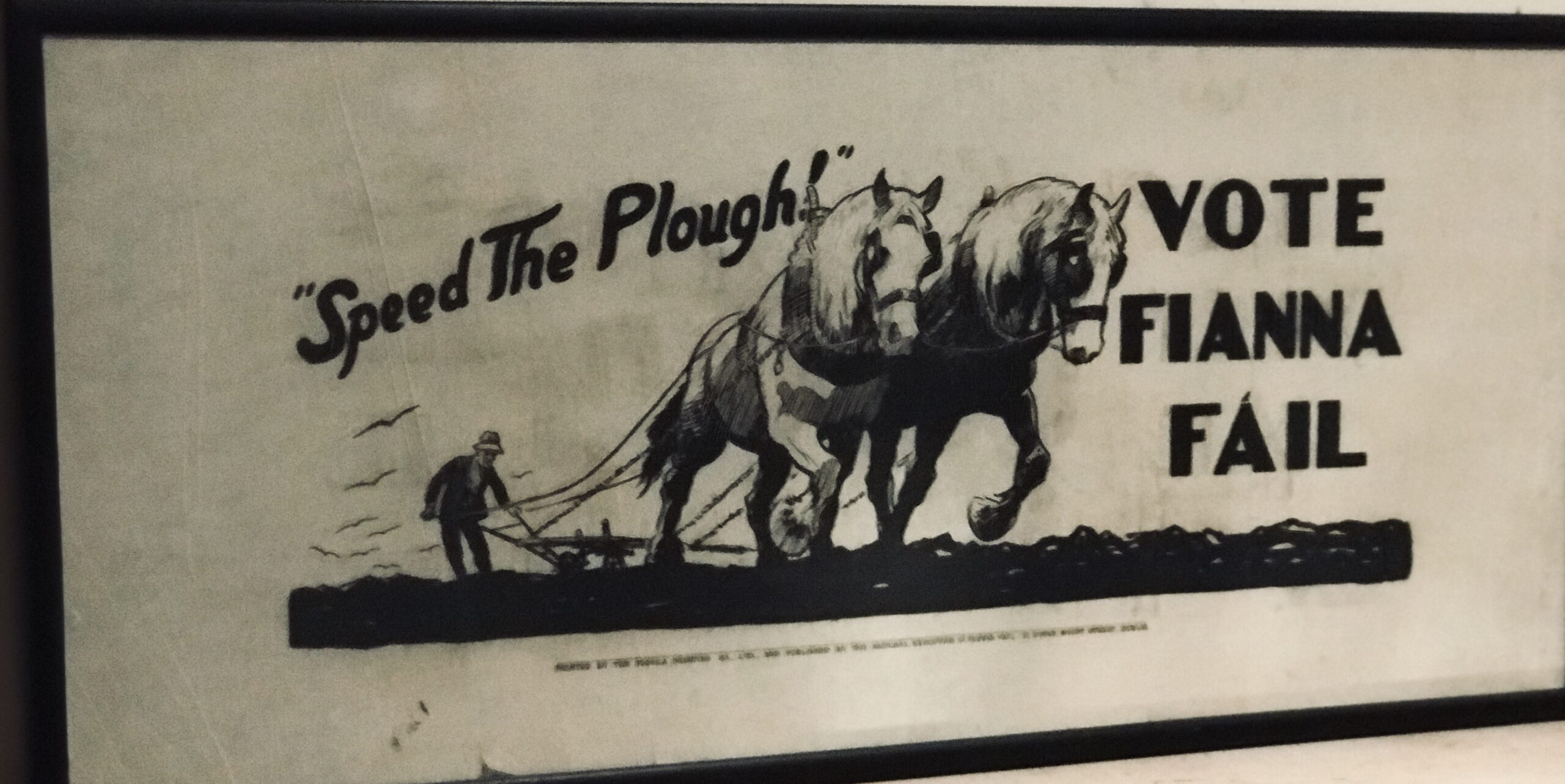 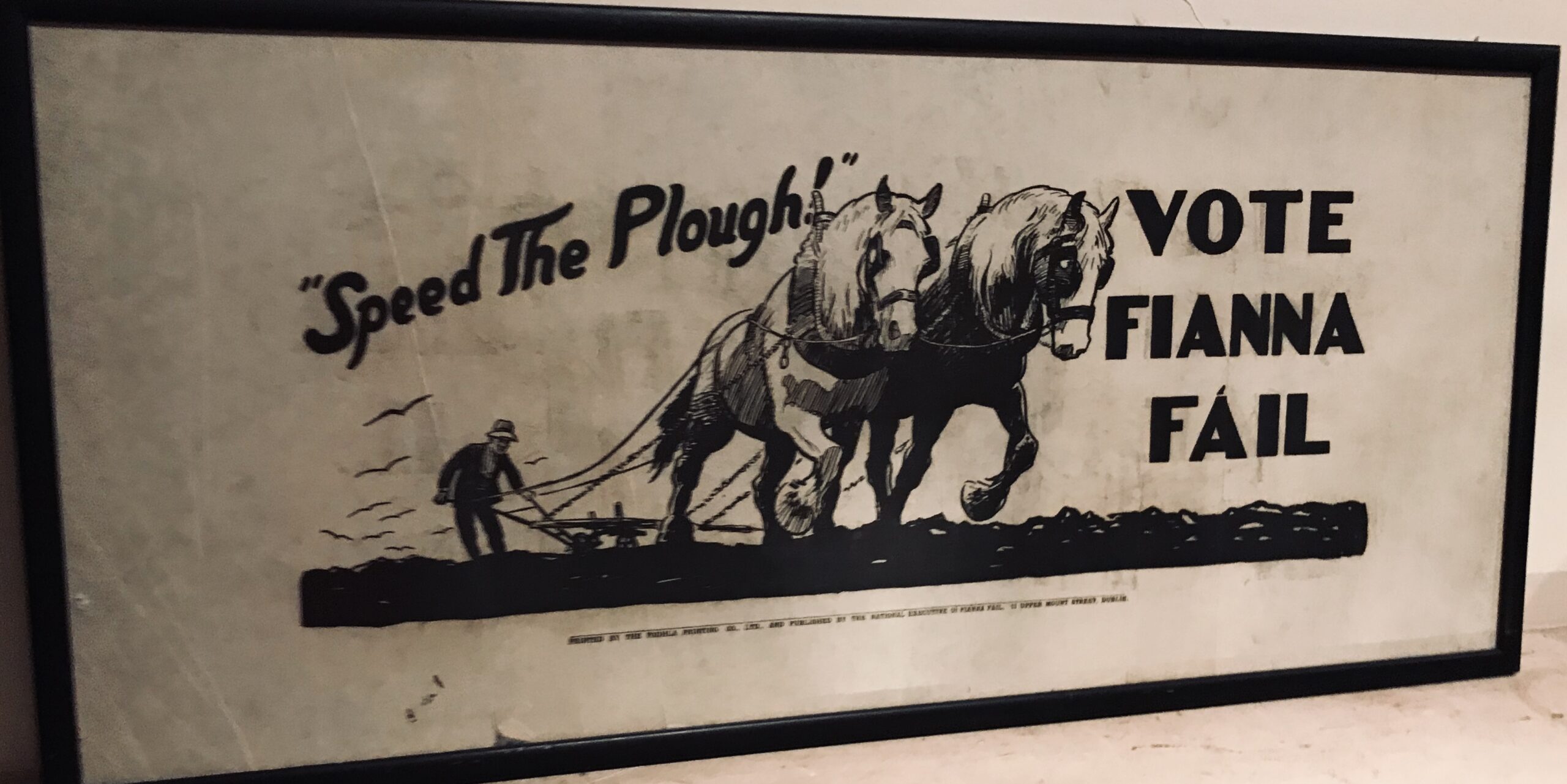 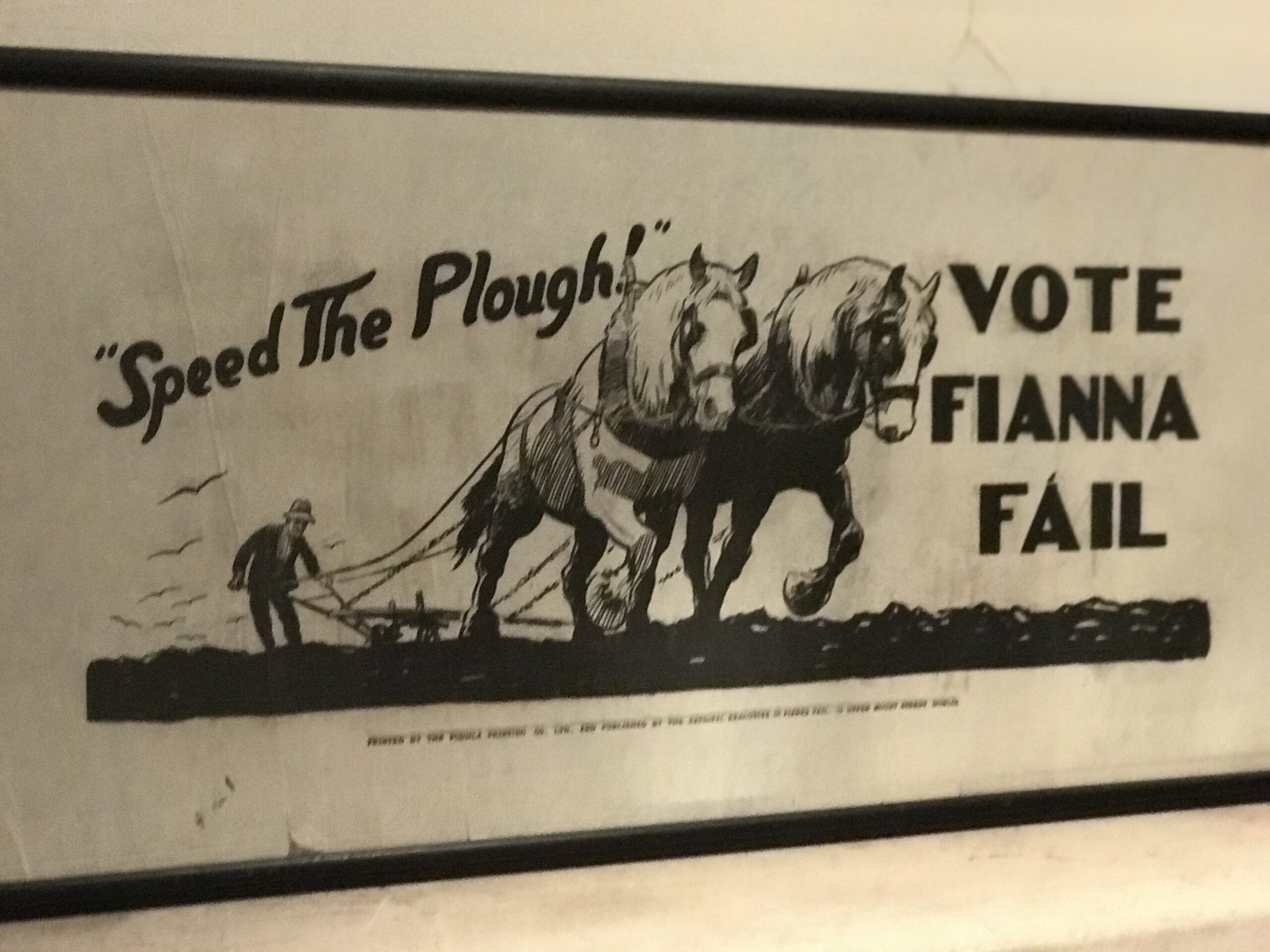