In the relative cool of the Limerick dressing-room, cramped and pokey as it was beneath the Mackey Stand, Ger Loughnane addressed the victors.

It was, the vanquished Clare manager told them, “the kind of game we hear about from our fathers and grandfathers” – adding that in all his time in hurling he had never been involved in anything like it.

In the corner was Ciarán Carey, fresh from his wondrous individual point that had decided the game – it still remains one of hurling’s greatest scores – parked on a slatted bench, pulling on a cigarette. The protein shakes were still a few years off.

Loughnane would go on to savour many more tumultuous, spine-tingling days on the sideline with Clare, some of a higher standard than that particular scorching Sunday afternoon.

For all the latest sports news, analysis and updates direct to your inbox, sign up to our newsletter.

But that 1996 Munster semi-final was, as Anthony Daly put it in his autobiography many years later, “a day of days” – the most memorable game he had played in.

Two things stood out on the way to the Gaelic Grounds that day – the heat and the crowds swarming on the Ennis Road, the tar squelching beneath each and every one. As far as the eye could see down both sides were people walking through a heat haze, so many white shirts peppered between green and saffron and blue.

How, you thought, could anyone hurl in the conditions in little over an hour’s time?

Soaring The soaring mercury reflected the atmosphere between the teams and their people at that time. Clare were Munster and All-Ireland champions, Limerick their provincial predecessors as the counties found themselves displacing Cork and Tipperary as protagonists in the south throughout the middle of the decade.

At the time, they didn’t particularly like each other, Loughnane even admitting that when Limerick subsequently lost the All-Ireland final that September he wasn’t sorry.

Limerick manager Tom Ryan hadn’t been happy about elements of Clare’s approach in the previous year’s Munster final, suggesting at the time that they had been “timbered”.

Prior to the game Loughnane had held up a Clare jersey, claiming to his players that Limerick had somehow disrespected it in the build-up. It all created a spiky edge that was prevalent around the ground that day.

Maybe the tense atmosphere masked the quality of the play. Looking back now, it was quite turgid and error-strewn but still, it’s what you feel at the time – and at that time every jarring collision and every loose ball felt like a life depended on it.

At one stage near the end, Mike Houlihan swung wildly, catching Ollie Baker and his own colleague Carey in the same movement.

It was the last year before the first hurling ‘back door’ was introduced and the threat of potential summer extinction was palpable.

Clare didn’t play particularly well but for 43 of the 70 or so minutes they were ahead, 27 of those minutes in the second half.

They looked to have done enough to build a three-point lead as the game closed but then it loosened somewhat, allowing Limerick to steal in for three quick-fire points, from Barry Foley (two) and Gary Kirby before Carey’s tour de force.

“The four most agonising seconds of my life,” recalled Daly in a crestfallen Clare dressing-room afterwards. “The last man you would want to see coming up the field with a ball like that.”

Carey, then playing at midfield, had caught Davy Fitzgerald’s puck-out after Foley’s point and saw the space in front of him open up.

Time seemed to stand still as he pressed on the accelerator. Clare legs looked like they were wading through treacle.

“I was in a position then to say ‘yeah, OK, we might have a crack here’,” Carey would recall years later.

“There was someone on my tail (Fergal Hegarty) all the time. I didn’t know who it was. I just dropped the shoulder to the left, jinked to the right, and put it over on the bad side.

“The connection didn’t have to be great, because I was only 25 yards out.

“And if I couldn’t put the ball over the bar, off left or right, from that distance with an inter-county jersey on me there is something wrong. I was surprised it opened up, as it did, after such a tight game.”

|Brian Lohan cut an imperious figure throughout and when the All-Stars were being totted up later that year his performance that day, his only one of the championship, rightly earned him a second successive award.

On the Carey point, Lohan always felt he should have gone to meet him though.

“With the heat, if you had said if a fella gets a ball on his own 45 and takes off, if he gets to 25 metres out, he’ll be doing awful well to have the strength to hit the ball over the bar, given what had gone in the previous 73 minutes,” says Lohan. It was an iconic score, you have to say.” 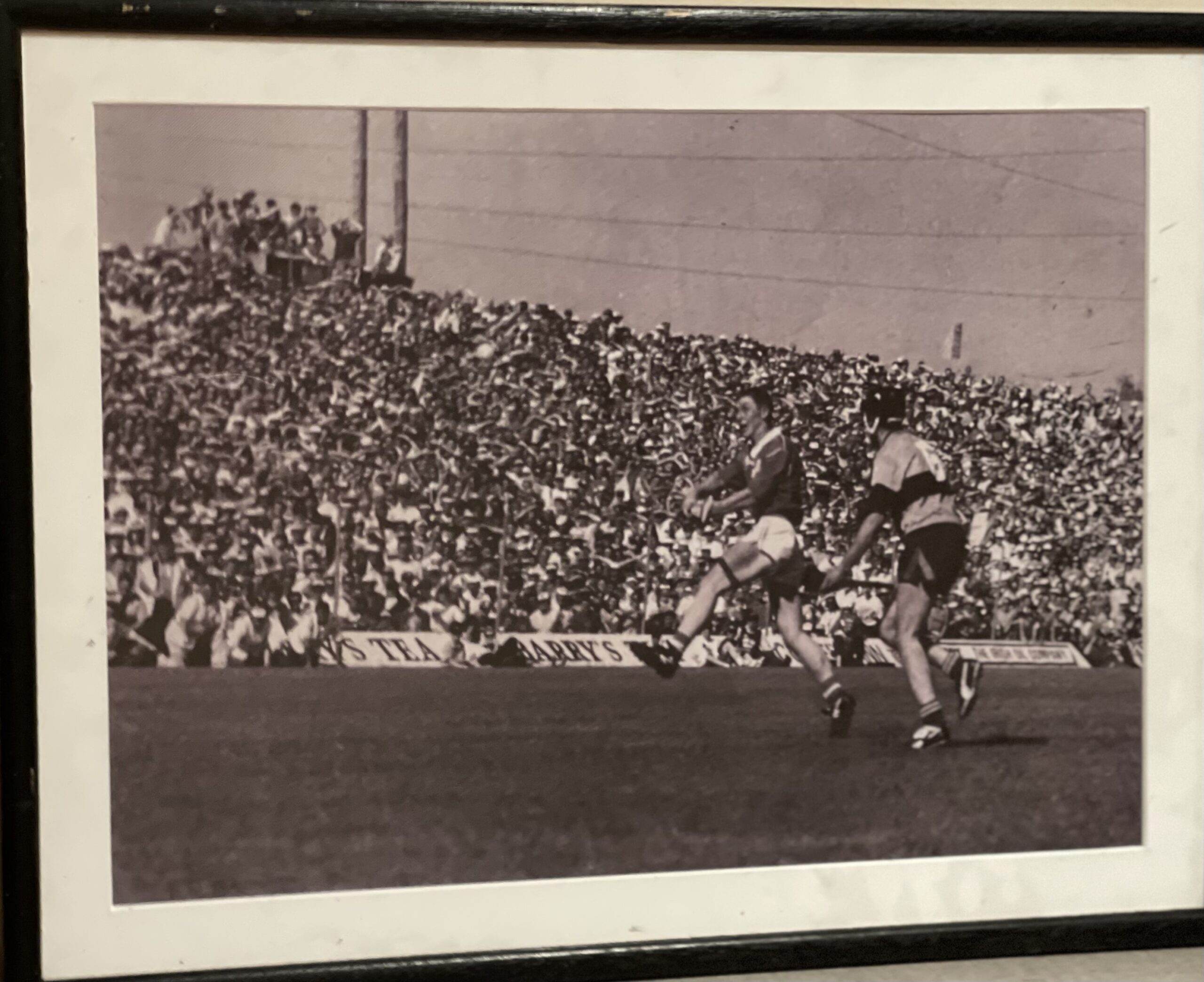 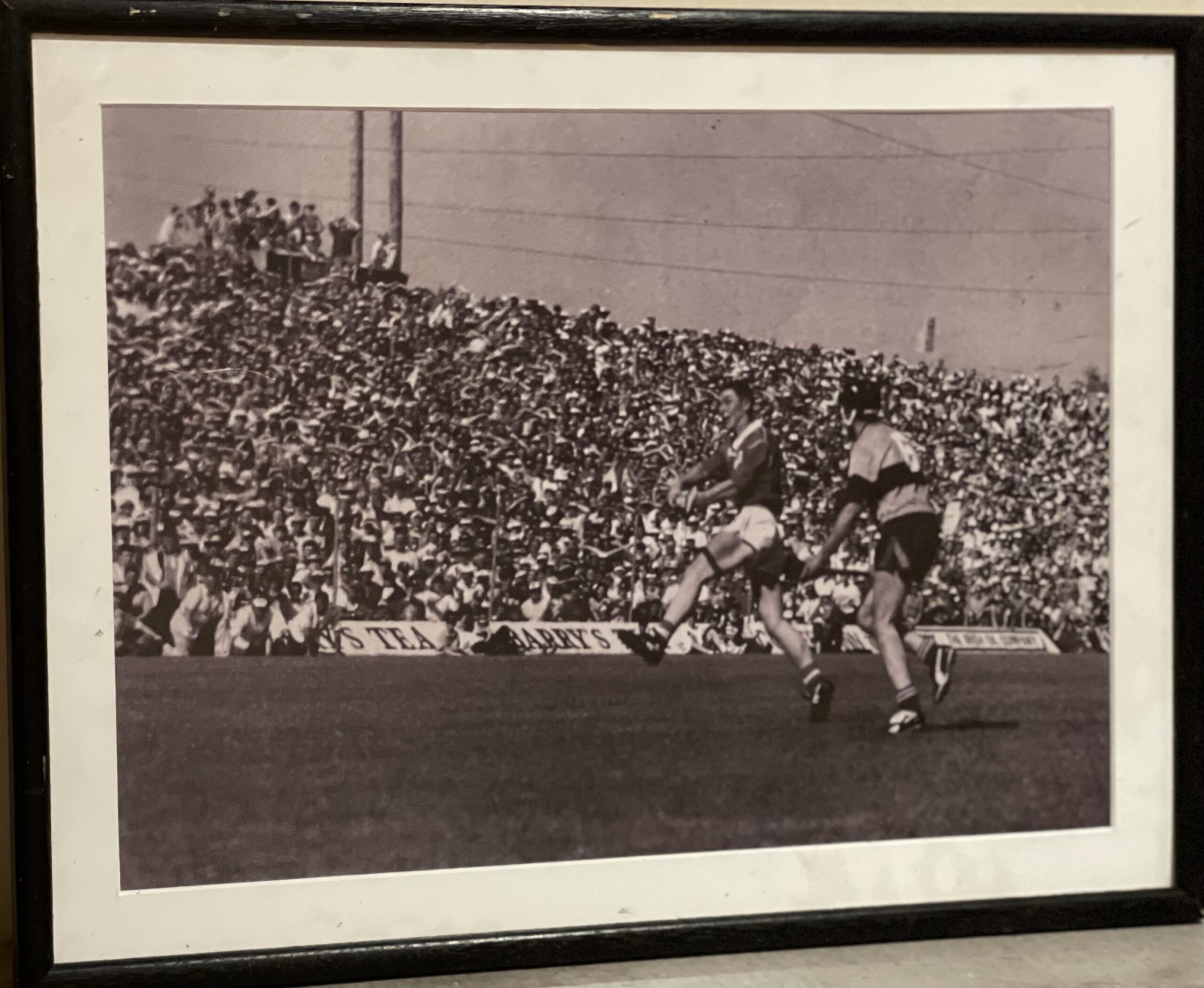 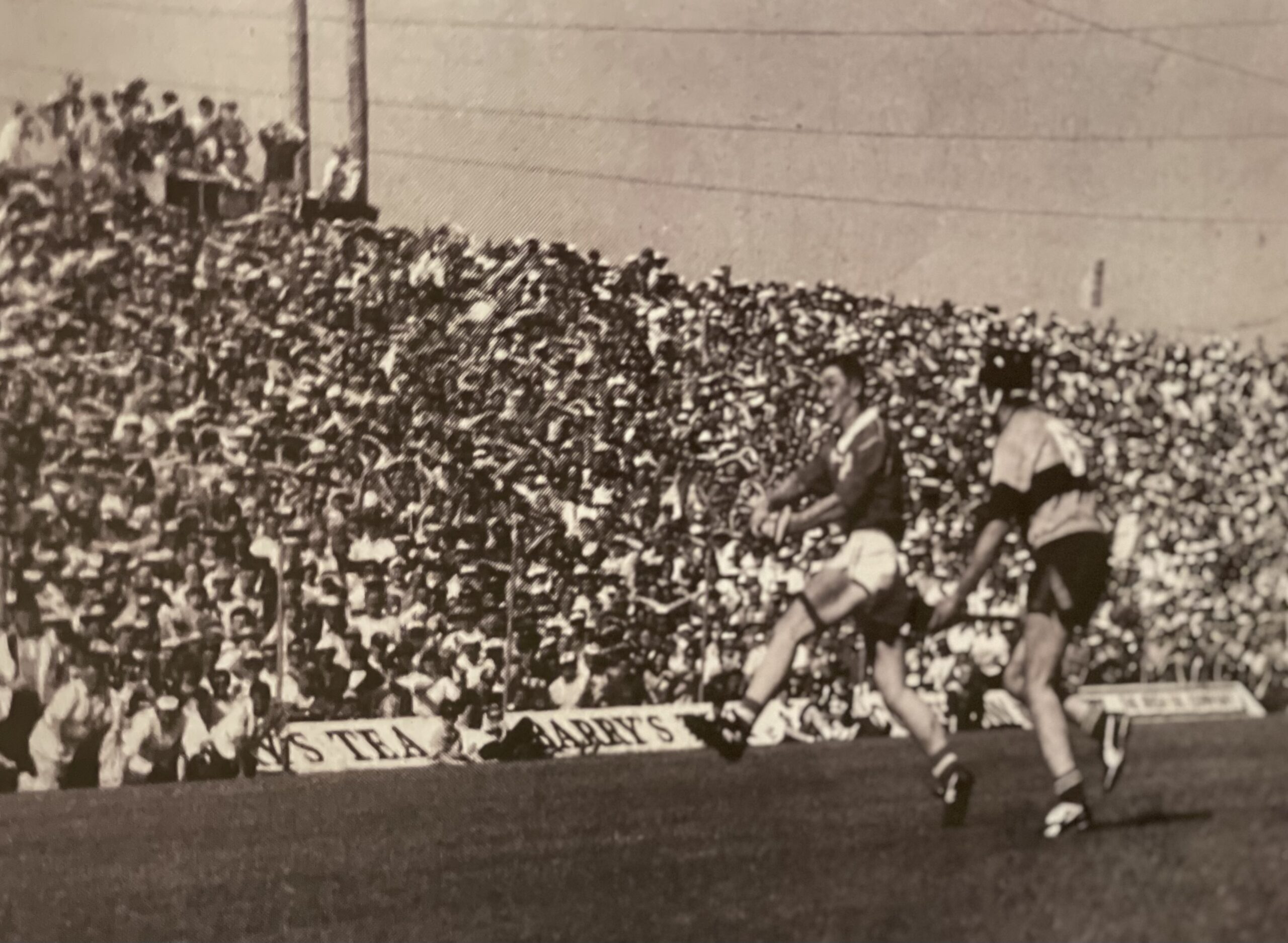 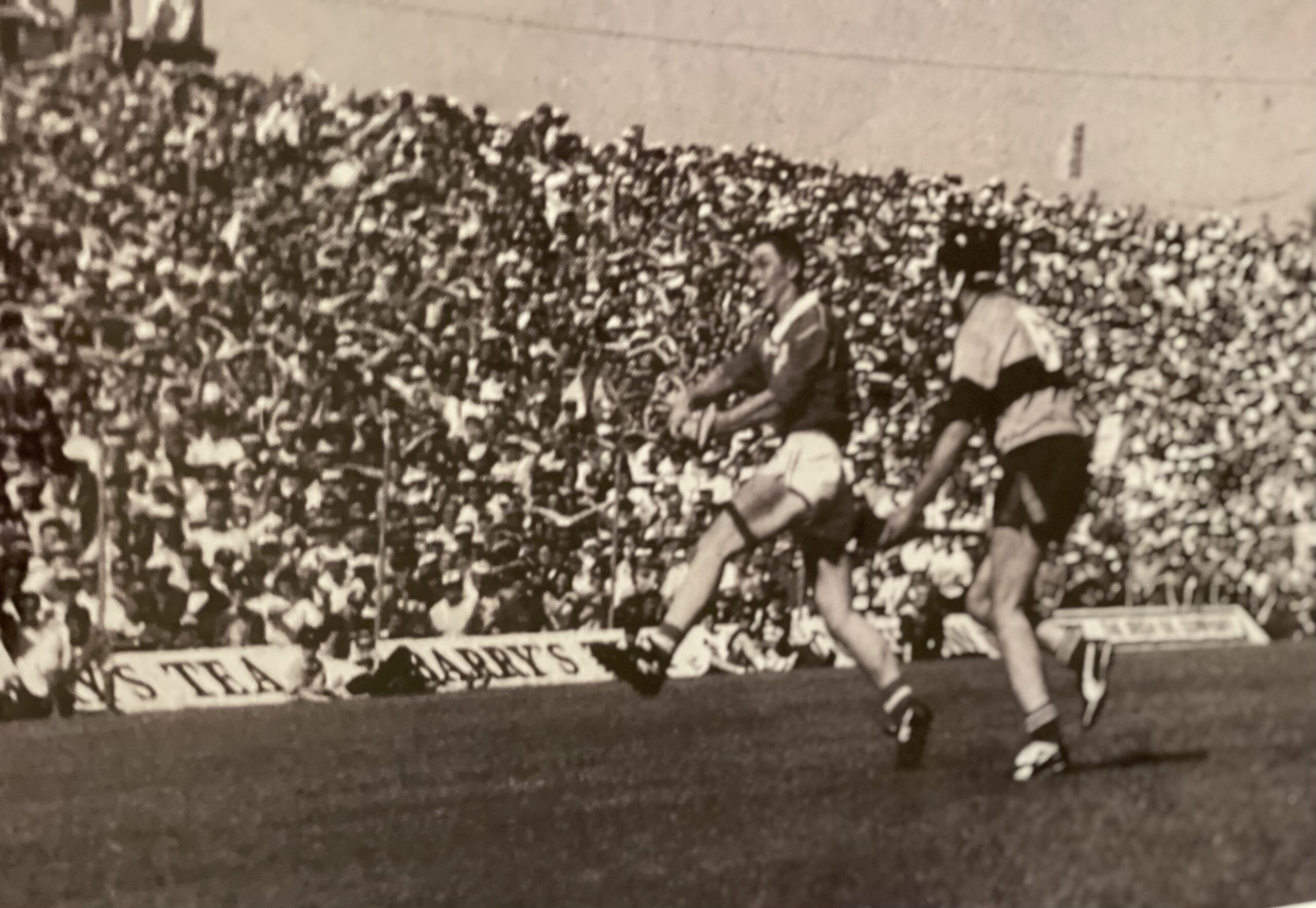