Charming,original 1950s era notice advertising a dance to be held at the Bedford Rink in Limerick city, with proceeds going to O’Callaghans Mills Athletic Club.The entry charge back then was 3 shillings and 6 pence.The now defunct Athletic club was founded in 1928 as a result of Tim Smythes cross country heroics.

Timothy F. Smythe, athlete and politician, was born near Feakle on April 12th 1905. His parents died when he was young and he was reared at Clonloum, O’Callaghans Mills, by his aunt Mrs. Nora Lenihan. He attended O’Callaghans Mills primary school.

His athletic career began in May 1925 at a sports meeting in Feakle when he finished second in the half mile event and third in a bicycle race. In 1926 he won several races in the 1 to 4 mile distance. That same year at the Limerick Garda sports he won the 1 mile and 4 miles events. In 1927 he started training and competing with Limerick City Harriers and he was introduced to cross-country running. Tim finished tenth in the All-Ireland junior championship at the Phoenix Park, Dublin. O’Callaghans Mills didn’t yet have a club of their own so in 1928 Tim was invited to join the Ryan Athletic Club in Thurles, County Tipperary. During the subsequent track season he won 3 and 5 mile Munster championships, in addition to numerous other wins in Clare, Limerick and Tipperary.

An Athletic Club was founded in O’Callaghans Mills in October 1928. Tim, now with his native parish, finished in second and third place in the individual placings at the 1929 All-Ireland junior and senior championships. Taking third place in the senior competition earned him a place on the Irish team at the International cross-country championships in Paris. 1929 was a successful year for Tim and he won many Munster track and two inter-county championships. He later took part in the three country International series involving England, Scotland and Ireland, coming in first. In 1930 he won the first All-Ireland individual championship and once again he was chosen for the International cross-country team running at Leamington Spa. Further Munster championship success followed and he also won the Daily Express Cup and various county sports events. In 1931 he captured the All-Ireland senior individual title.

Tim Smythes finest hour was on 28th March, 1931 at Baldoyle Racecourse near Dublin. He won the World cross-country championship in a time of 48 minutes 52 seconds, 19 seconds ahead of the Englishman, Winfield. Despite the bad weather conditions, Tim had beaten some of the world’s best runners including Deaken and Evenson from England. This win was the climax of his running career but he went on to win many more races. In the 1931 track season he was successful in twenty-two events, over distances from 1 mile to 10 miles and including 5,000 metres in the Ireland versus France contest. He won again in the 1932 senior cross-country championship and qualified for a place on the International team for that years championship held in Brussels. Later that year he represented Ireland against Scotland in Edinburgh. Between 1929 – 1937 Tim won ten All-Ireland championships and was on the International cross-country team on nine consecutive occasions. He won every Munster track championship from 1 to 6 miles. He won hundreds of medals and prizes during his running career and continued to take part in competitive athletics until 1949.

O’Callaghan’s Mills (Irish: Muillte Uí Cheallacháin) is a village in County Clare, Ireland, and a Catholic parish by the same name. It takes its name from the O’Callaghan family who were large landowners in the area and a corn and grist mill built by John Coonan on the lands of Cornelius O’Callaghan in 1772. The community sustains a regular senior Gaelic Athletic Association hurling panel team with county championship achievements at under-age, junior and senior levels.

The parish of O’Callaghan’s Mills, Kilkishen and Oatfield stretches from near Bodyke to near Sixmilebridge. It corresponds roughly to the old parishes of Killuran and Clonlea.

The parish churches are St Patrick’s in O’Callaghan’s Mills and St Senan’s in Kilkishen.

The village of O’Callaghan’s Mills is in East County Clare, halfway between the County Town of Ennis and River Shannon‘s Lough Derg. It is 26 km north of Limerick City

The village of O’Callaghan’s Mills takes its name from the O’Callaghan family who were large landowners in the area. They were displaced from the Mallow area of Cork in confiscations during the Cromwellian conquest of Ireland in the 1650s when they lost 24,000 acres (97 km2), 20,000 of which was deemed to have been the property of the ruling chief, Donncha O’Callaghan. He and his extended family were transplanted to east Clare, where they obtained land in the barony of Tulla Lower. The village of O’Callaghan’s Mills records their continued presence.

There is a tradition that two priests of the Congregation of the Mission, or Vincentians, escaped from the 1651 siege of Limerick by Oliver Cromwell‘s troops, and for several years ministered to the people of the parish near the present church of St Vincent de Paul in Oatfield.

The foundation stone of the present church of St Patrick at O’Callaghan’s Mills was laid in March 1839. It was dedicated in March 1840. Major renovations were undertaken in 1979-80. The first church in the old Clonlea part of the parish was probably built at Kilkishen very early in the 19th century. It is mentioned in an 1811 report of a dispute that led to violence over who should sit nearest to the altar. Major renovation or reconstruction was completed in 1865. The St Vincent de Paul church was built around 1830, replacing a thatched chapel. The roof was blown away in January 1839 on the Night of the Big Wind. The building was then enlarged, with the addition of two transepts. In May 1966 Bishop Joseph Rodgers rededicated the church.

The parish of O’Callaghans Mills has won the Clare county hurling championship on seven occasions through various teams with the last being in 1937. In 1909 the county final was contested by two teams from the village itself; The Fireballs and St. Patricks with the Fireballs claiming victory. O’Callaghans Mills was due to take part in the 1922 county final but this was not played as a result of the Irish Civil War at the time.

The parish hurling team won the County Clare Senior B Championship in 2017. This was the first county title at senior level that the parish has won since 1937.

O’Callaghan’s Mills was home to former athlete, politician and GAA administrator Tim Smythe (1905-1982). Smythe achieved many successes in middle to long distance running including 10 All-Ireland titles and a World cross country title on 28 March 1931. He is commemorated by a plaque at the entrance to the Doonaille housing estate beside St Patrick’s national school

The old Bedford Rink which housed many sporting & social events during the 1950s and 1960s was bought by the Department of Posts and Telegraphs to be used as a depot. Subsequently, it was sold on to the Bedford Motor Company who opened their new show rooms and offices in January 1979. This side of Henry Street right up to the G.P.O. has been completely rebuilt 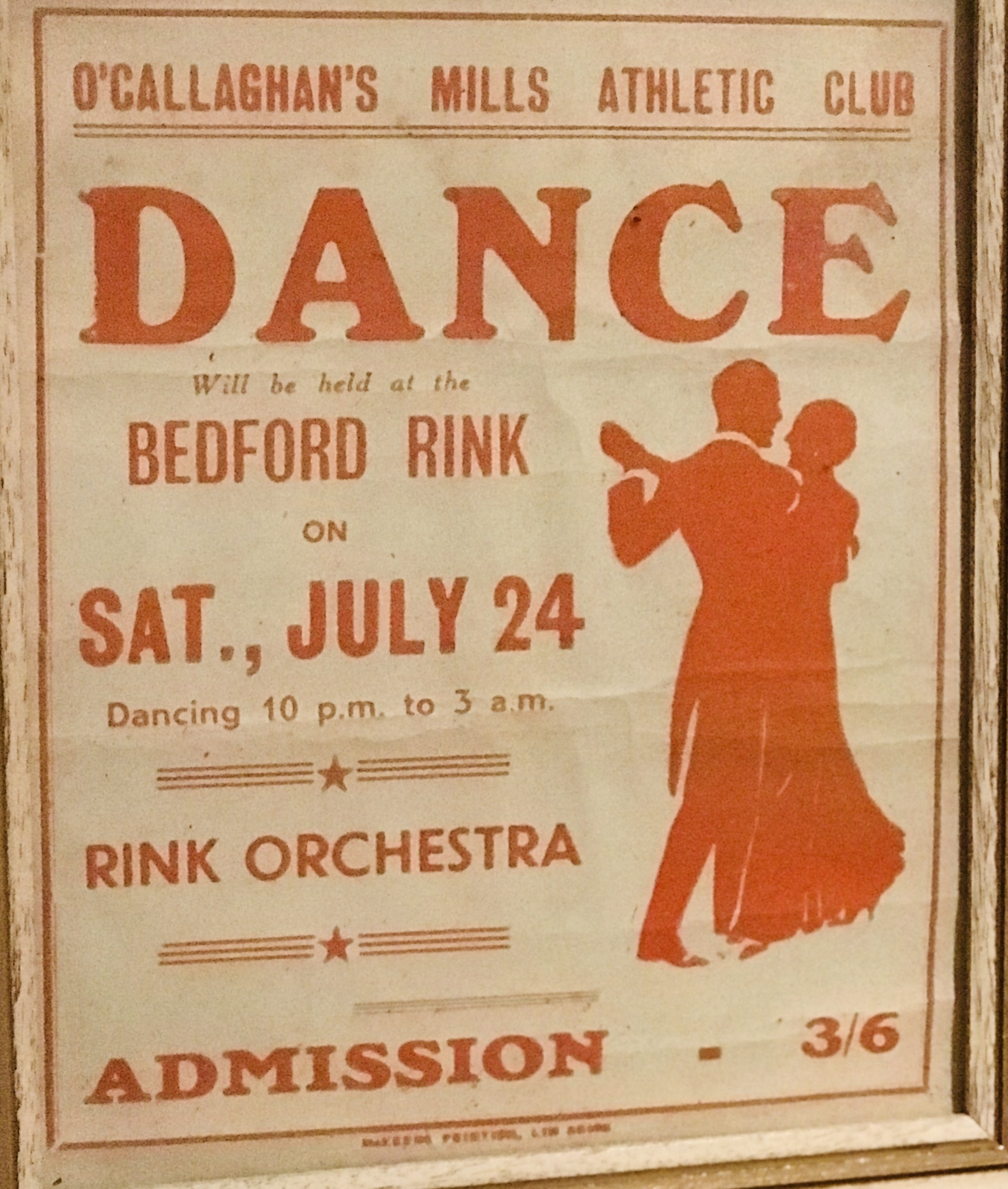 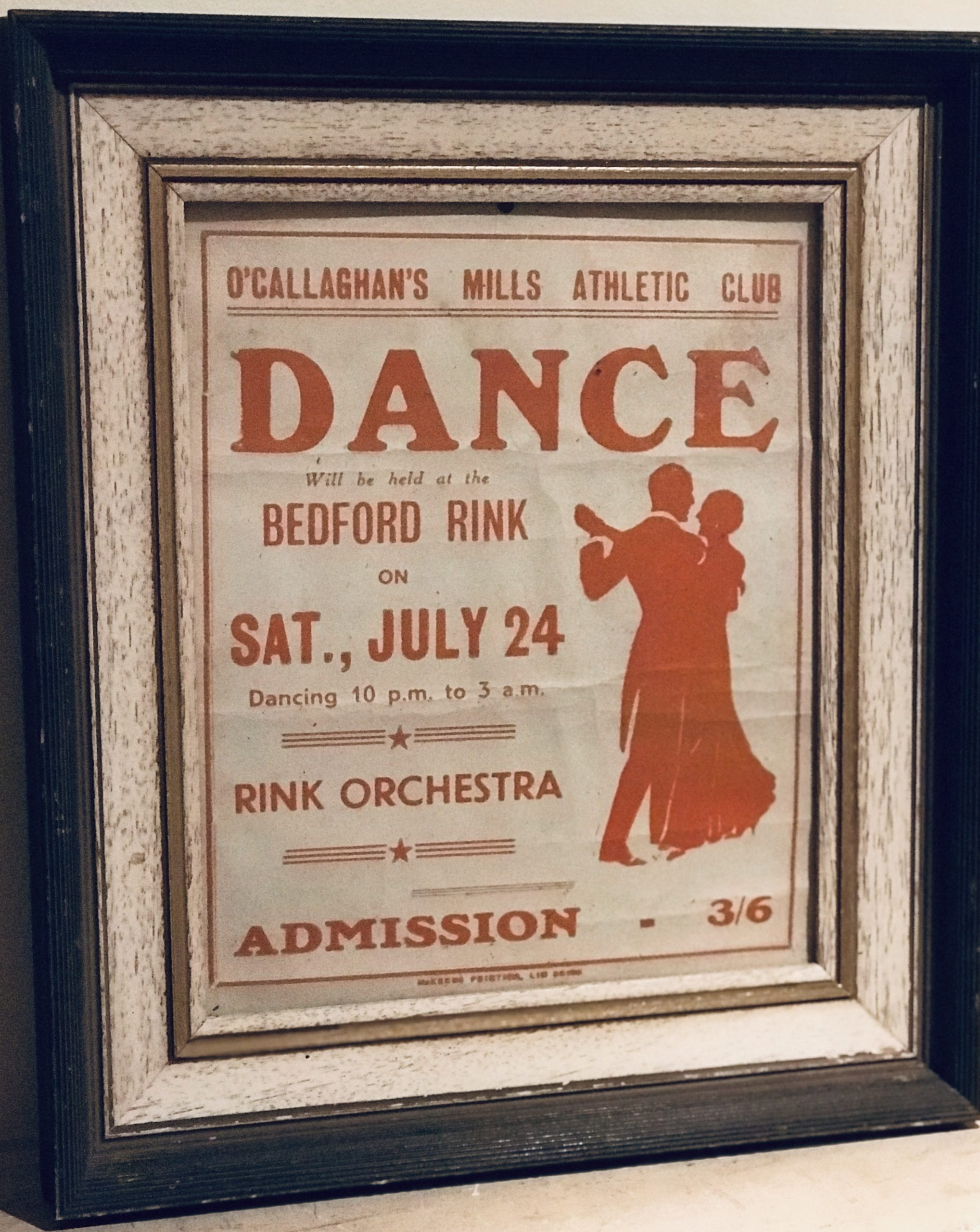 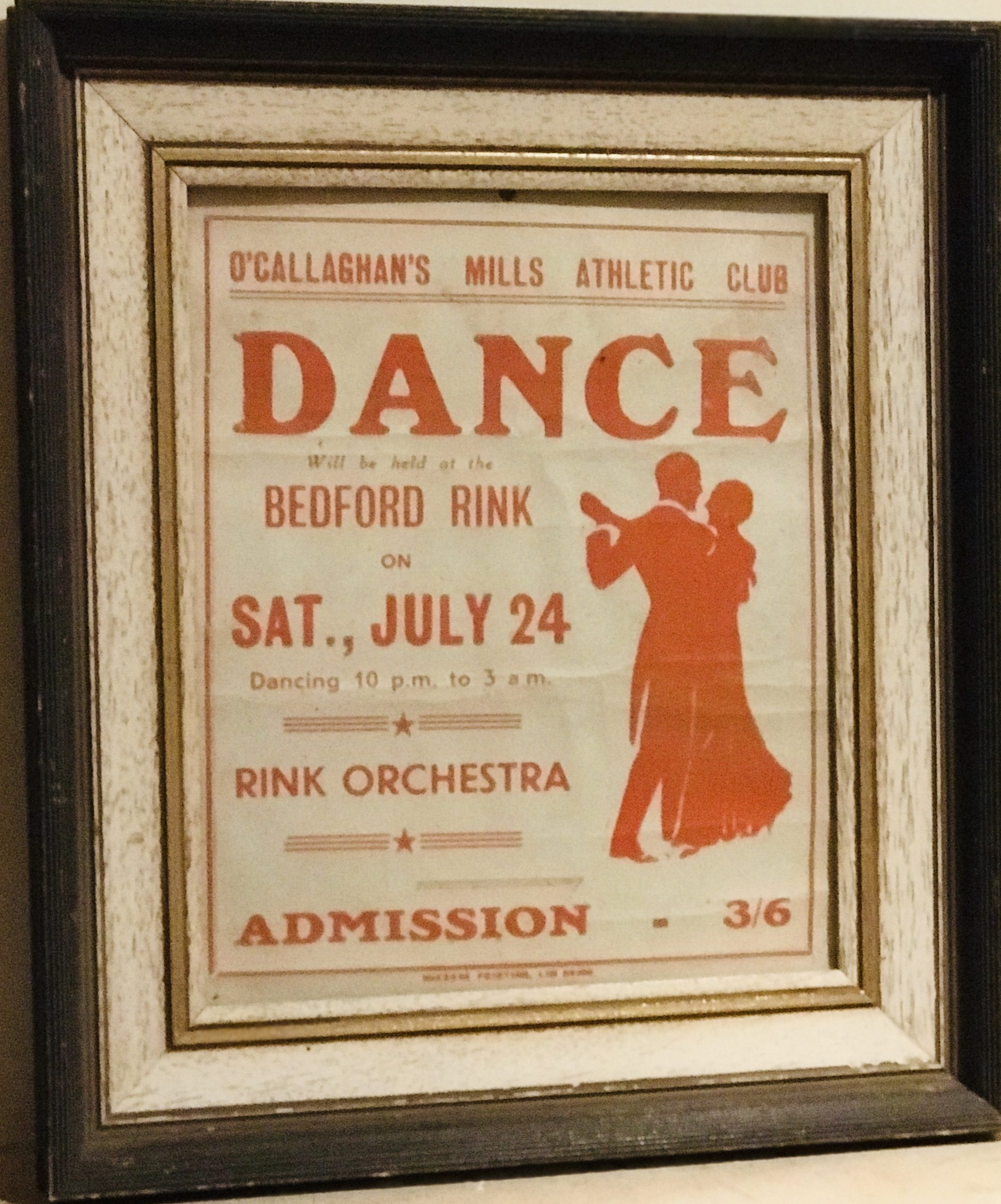