Originating from an pub in Co Kerry -this innuendo laden election poster will catch the eye in any bar !

Richard Nixon’s mother Hannah was descended from the Milhous family, Irish Quakers from Timahoe, Kildare while the first Nixon to arrive in the US, James, left Ireland in 1731. President Nixon visited the small town in October 1970 during a state visit to Ireland. He is the only US president to date to resign from office following his involvement in the Watergate scandal. 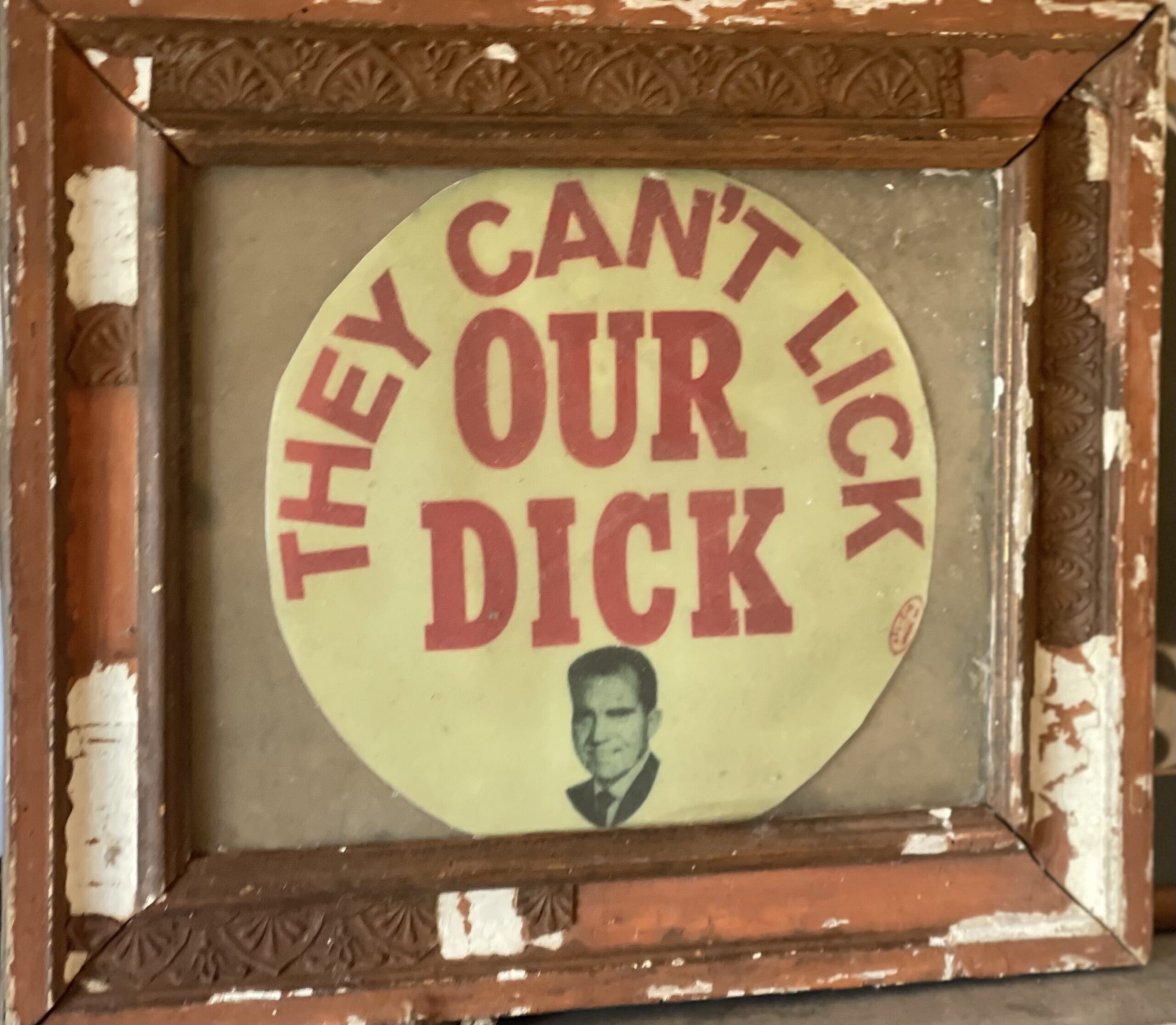 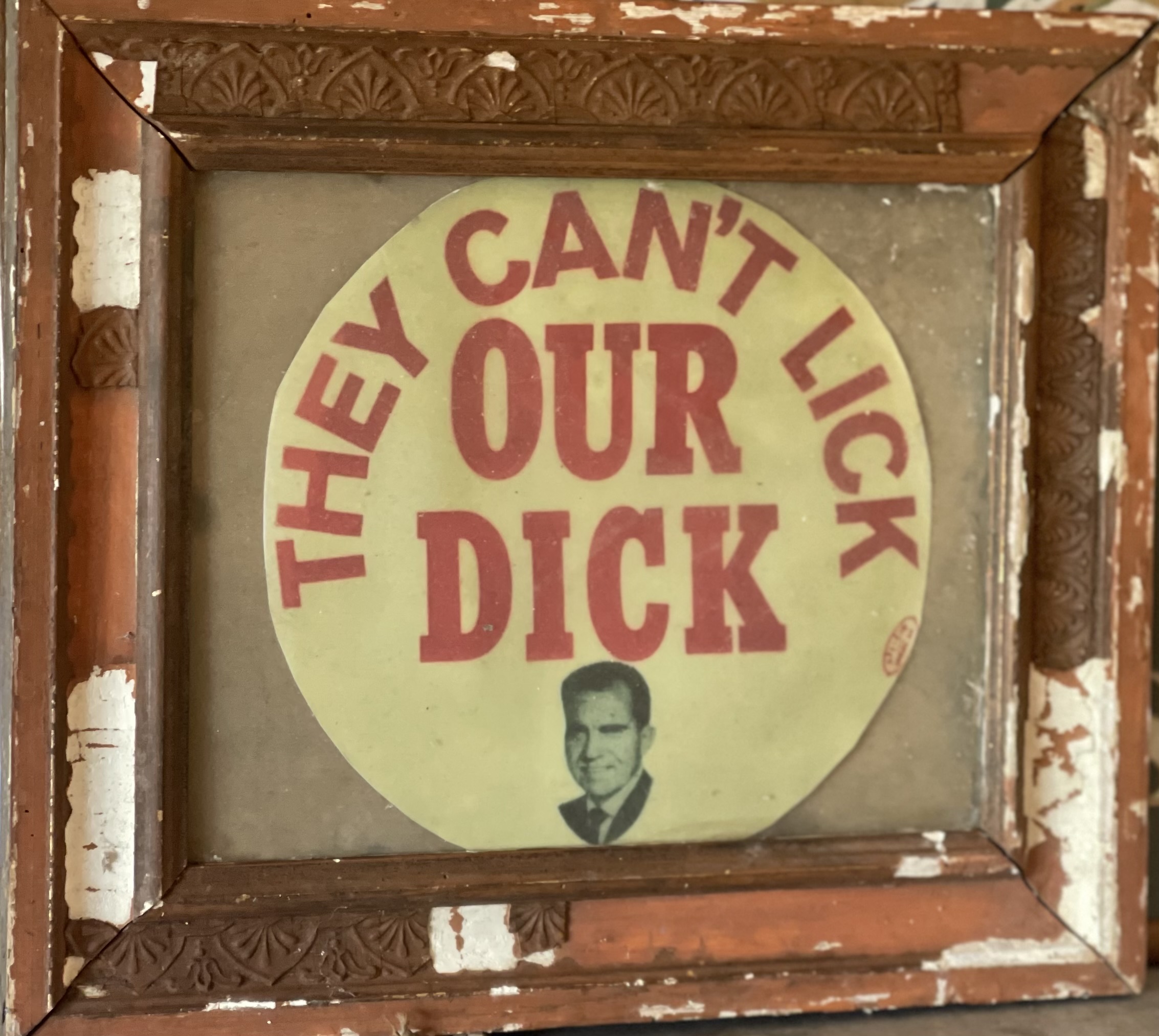 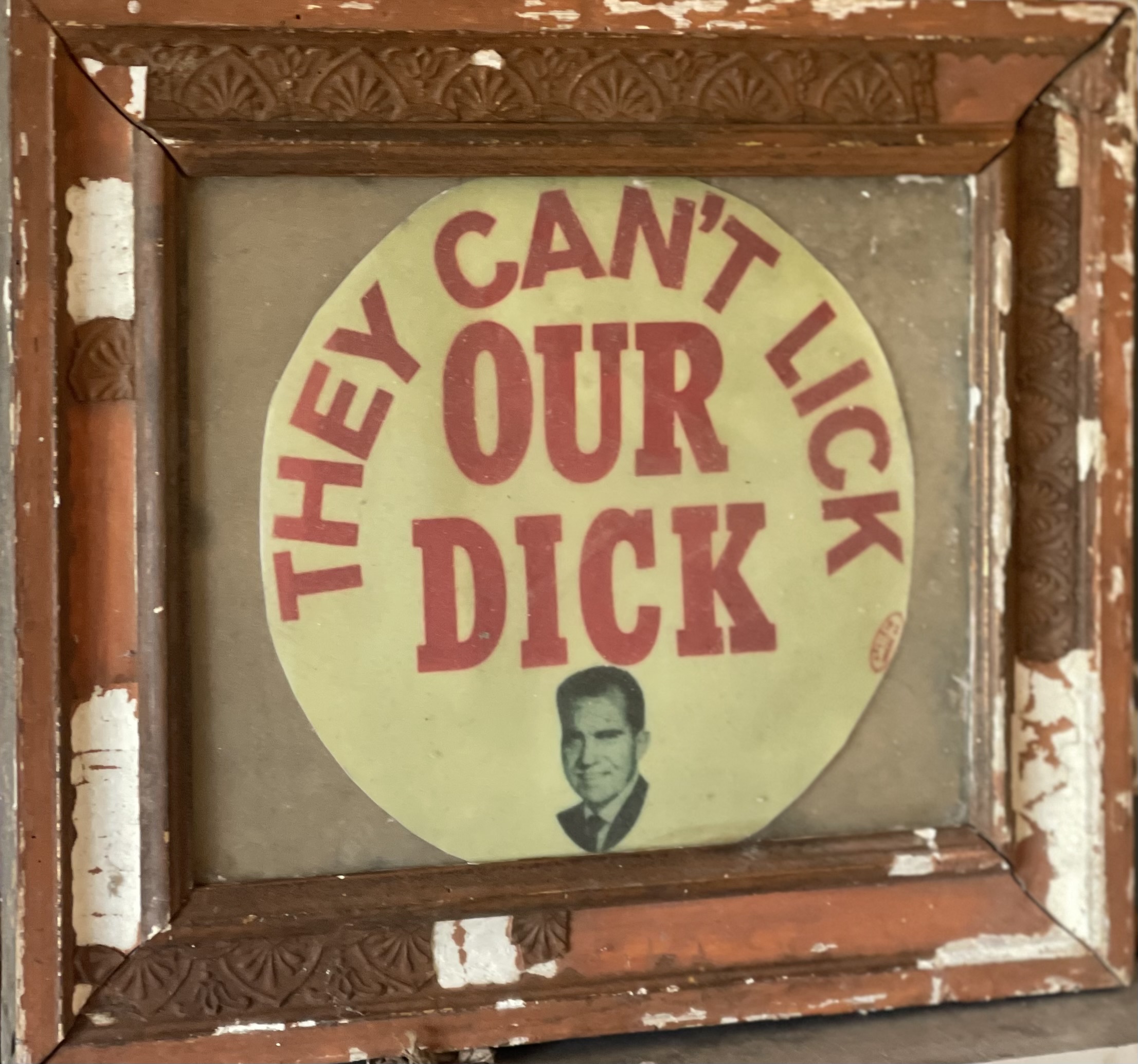