During its 180 year history, the Grand National has seen only five horses win consecutive runnings, with this year’s victor Tiger Roll joining that exclusive list of dual winners.

Until the legendary Red Rum, the last horse to win on his immediate return to Aintree was Reynoldstown, who won the 1935 Grand National in the hands of Mr Frank Furlong – a subaltern in the 9th Lancers – and again the following year ridden by Furlong’s great friend and fellow Army officer Mr Fulke Walwyn, later to become a multi-time champion National Hunt trainer.

Although two totally different kinds of horses, the long, lean, black Reynoldstown and the diminutive Tiger Roll share a parallel in that both had Flat-bred sires. Reynoldstown was by the good-class My Prince who won among other races the Union Jack Stakes at Aintree but went on to become more famous as an outstanding sire of National Hunt horses including Grand National winners Gregalach (1929) and Royal Mail (1937), while Tiger Roll’s father Authorized won the 2007 Epsom Derby under Frankie Dettori. Reynoldstown’s dam Fromage was the product of a modest mating to the nearest sire who was within walking distance.

Reynoldstown, named after the local townland of the small village of Naul near Dublin, was foaled there in 1927 by cattle farmer Dick Ball – who also bred the great Ballymoss. Dick’s father had raised Fromage by hand himself after her mother died foaling. As a five-year-old, Reynoldstown was bought for £1,500 by Major Noel Furlong for his son Frank to ride in steeplechases. A leading Irish point-to-point rider himself, Major Furlong had had his interest in the Grand National sparked one year when, still in the Army, he’d travelled to Liverpool to watch the big race. In the train carriage, he overheard people talking about the chances of their horse winning and, when he saw this come to pass later that day, declared “That’s it! I’m going to win the National myself.”

Major Furlong trained just two or three horses of his own in Skeffington, Leicestershire. Reynoldstown proved to be very hot and excitable throughout his career and was never ridden by anyone – at home or in races – apart from Major Furlong, Frank or Fulke.

Reynoldstown won four hurdle races and eight ‘chases before his first Grand National success in 1935, which saw him score by three lengths and break Golden Miller’s record for the race – his time of 9 minutes 20.20 seconds standing until Red Rum beat it in 1973. The newspaper headlines ran: “Grand National won by two Furlongs!”

Reynoldstown suffered leg problems afterwards which forced a long lay-off. Major Furlong followed the old adage “time, tar and tarmac”, coating his legs with tar and giving him lots of roadwork to get him sound again. The horse duly came back to win the 1936 Grand National by twelve lengths, this time in the hands of Walwyn, since Frank Furlong was unable to make the weight. There was drama at the final fence after the reins broke on challenger Davy Jones, leaving rider Anthony Mildmay (after whom the Mildmay Course at Aintree is named) powerless to prevent the horse running out into the crowds.

Reynoldstown did not attempt the hat trick. He was retired immediately after his Grand National success, the Furlongs considering – not unlike the connections of Tiger Roll –  that he had done enough to prove himself and owing them nothing. He spent his retirement with Major Furlong at Marston St Lawrence near Banbury, where he was put down at the age of 24 after contracting tetanus. He is buried there, alongside the 1972 Grand National winner Well To Do. Curiously, he was never turned out in the field but was exercised instead on a lungeing rein by his devoted lifelong groom McCarthy, who brushed him and took him for a pick of grass and a welcome roll every day.

Sadly, for Major Furlong, the aftermath was not so happy. His son Frank, who had left the Army and set up training himself near Lambourn, enlisted in the Fleet Air Arm at the outbreak of World War II and, though flying successfully on many combat missions, was killed when the Spitfire prototype Spiteful he was testing developed a fault and crashed on Salisbury Plain in 1944.

He left a widow and a baby daughter, Grizelda, who today, as an octogenarian, recalls with affection being brought up by her grandparents and sitting on Reynoldstown’s back as a pony-mad youngster.

She clearly remembers stories Major Furlong would tell, including that of the 1934 Grand National in which both Frank and Fulke rode. Both their horses came down at the 26th fence when going well and the two riders were left thumping the turf in frustration. Major Furlong confronted the disgruntled friends in the Weighing Room afterwards with the prophetic words: “Don’t worry, I shall have a Grand National winner for both of you.”

Another tale he told her concerned Frank and Fulke, in a hurry to reach the traditional party at the Adelphi Hotel, joyfully overtaking the traffic jams outside Aintree after one of their National wins. A policeman pulled the singing and shouting pair over with the words “What do you think you’re doing? Anyone would think you’d just won the Grand National!”

Grizelda smiles when she recounts her grandfather telling her how Reynoldstown’s horsebox was held up by a funeral on the way to the 1935 Grand National. Major Furlong considered it lucky to see a funeral so the following year waited around in the hope of another before they reached the course. None appeared – but they did manage to spot a black cat – which obviously had the same desired effect.

“The Grand National today is a totally different race and the fences are so much smaller. You cannot compare the two, but Tiger Roll is obviously a wonderful horse and thoroughly deserved both his wins and the adulation he received. We always gathered round as a family to watch the National on TV and this year was no exception. I really did think Tiger Roll would win.”

William Clarke & Son was a tobacco company that was founded in 1830 at South Main Street, Cork, Ireland.

In January 1924, following the formation of the Irish Free State, the United Kingdom trade of William Clarke & Son was transferred to Dublin and taken over by Ogden’s.

William Clarke was founded in 1830 at South Main Street in Cork, however by 1870 the manufacturing side of the business had all been transferred to Hare Place, Scotland Road, Liverpool, with only depots remaining in Ireland.

Following the formation of the Irish Free State in 1926, the Liverpool based operation was taken over by Ogden’s, while a new factory was set up at South Circular Road in Dublin to produce tobacco and snuff under the William Clarke & Son brand. In 1929 William Clarke was amalgamated with Wills’s Irish branch, which resulted in Wills’s Irish production being integrated into the new South Circular Road factory in Dublin, though senior management were based in Wills’s Bristol operations and the Irish entity ultimately reported back into Bristol. 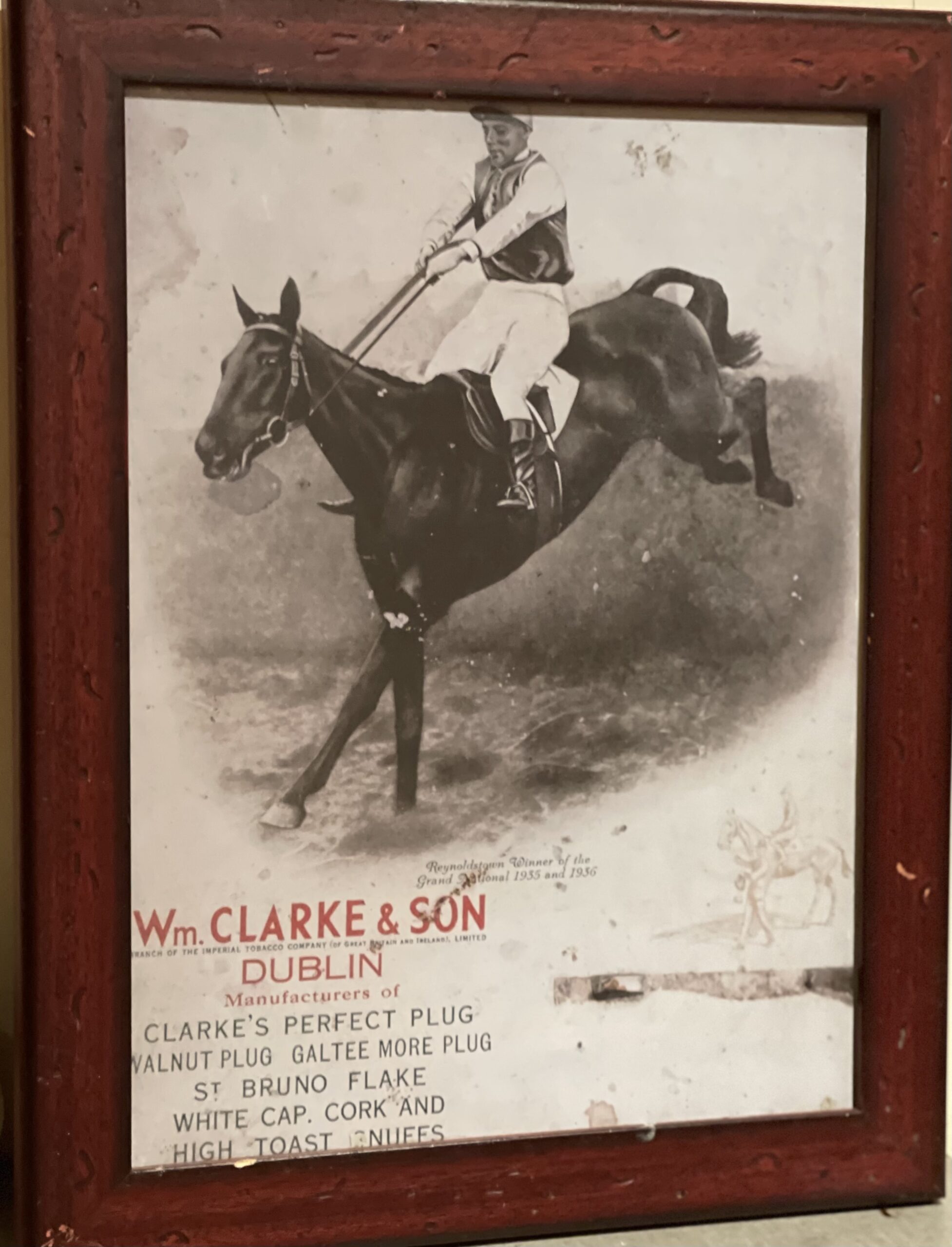 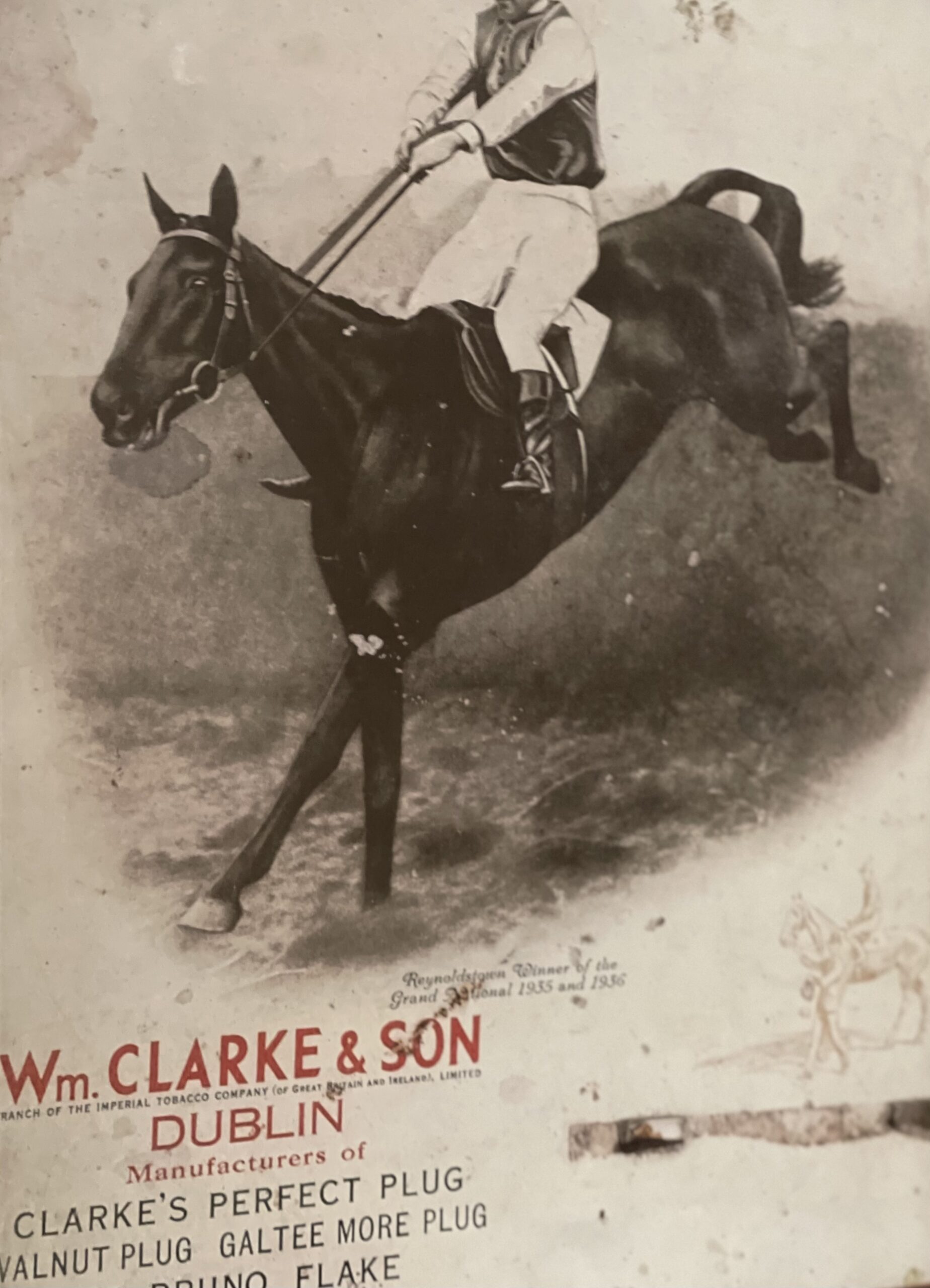 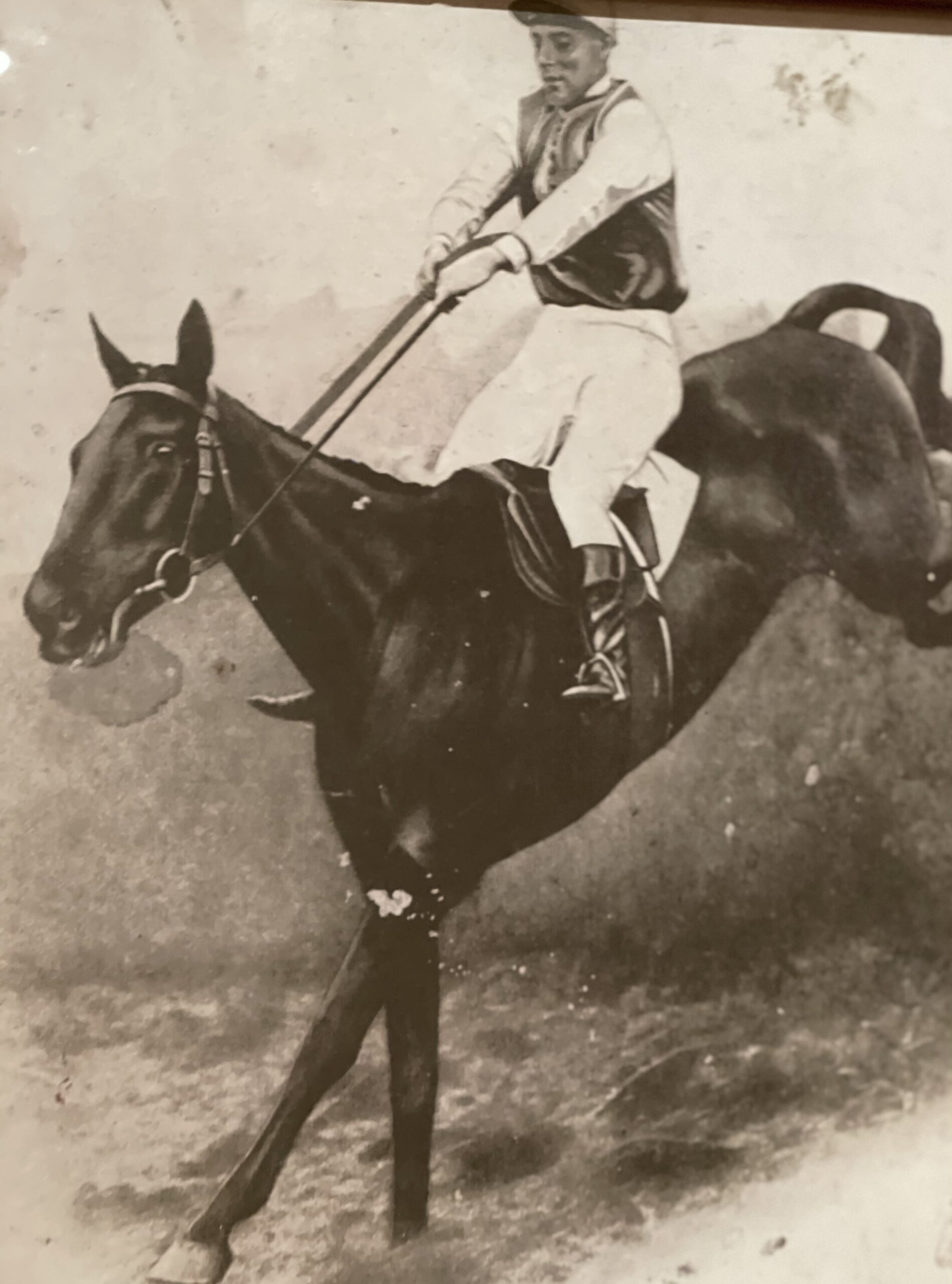 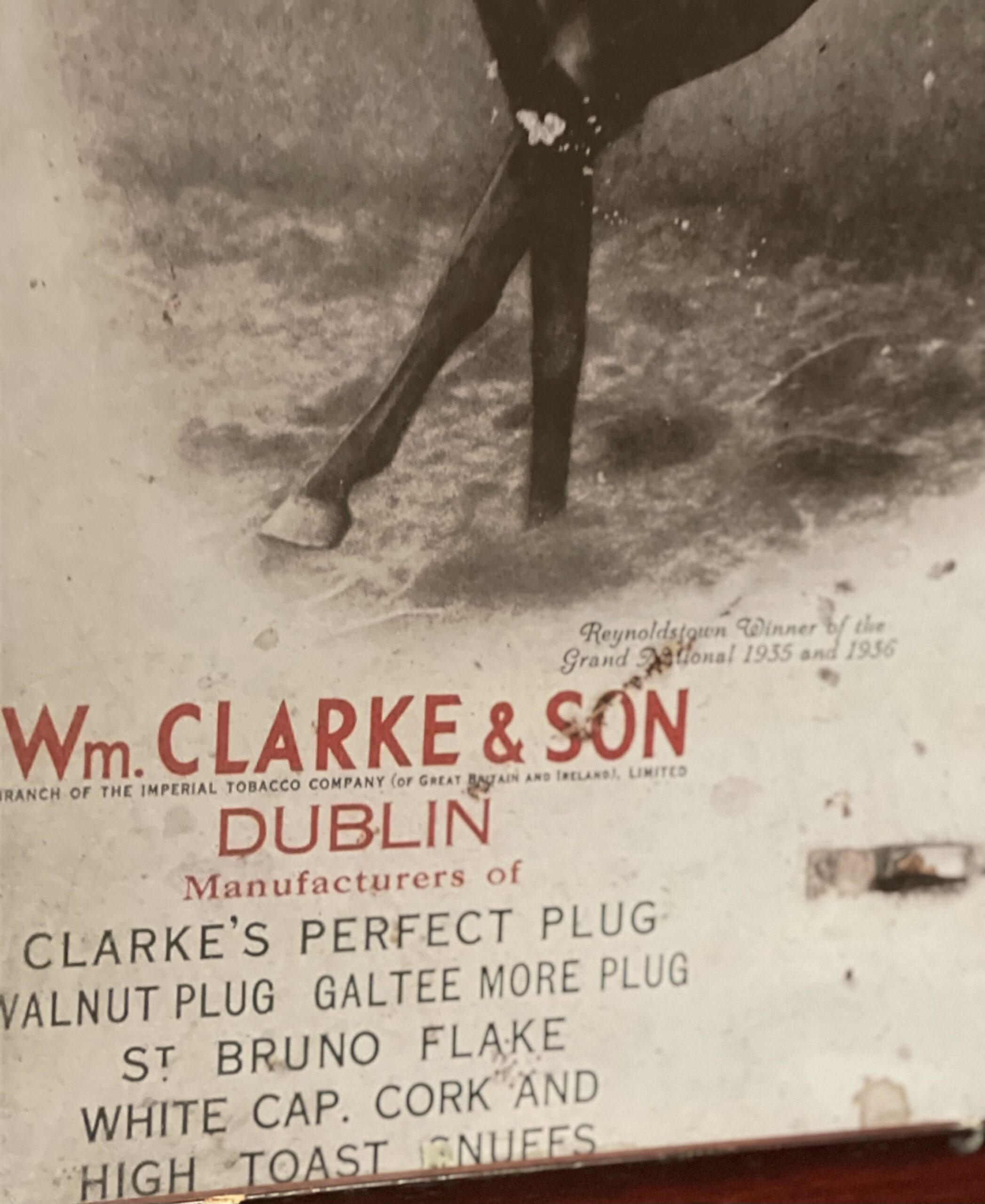