Famous picture during The Greatest’s visit to Ireland of Muhammad Ali play fighting with two members of  An Garda Siochana.Some memory for those officers to tell their grandchildren about ! 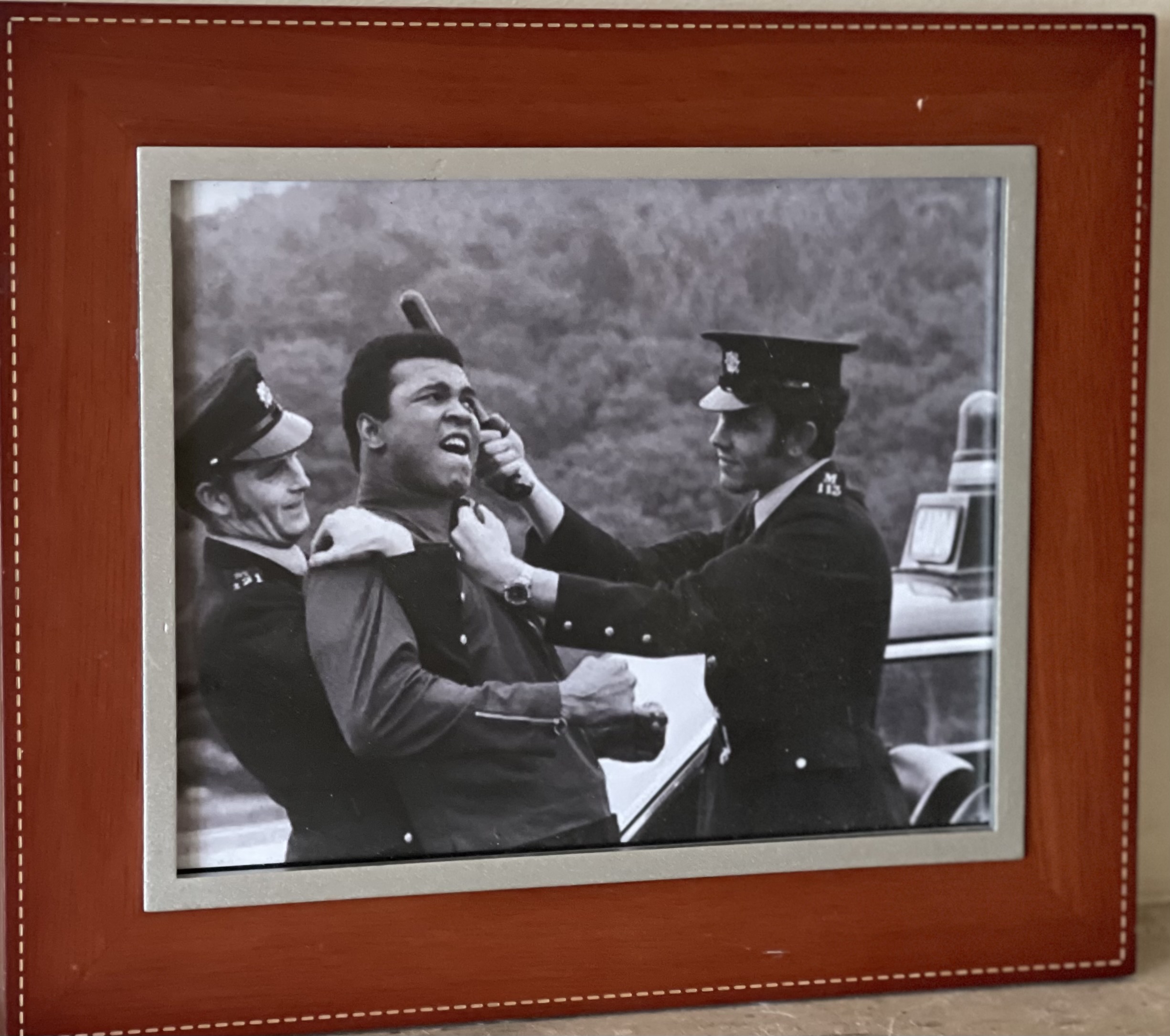 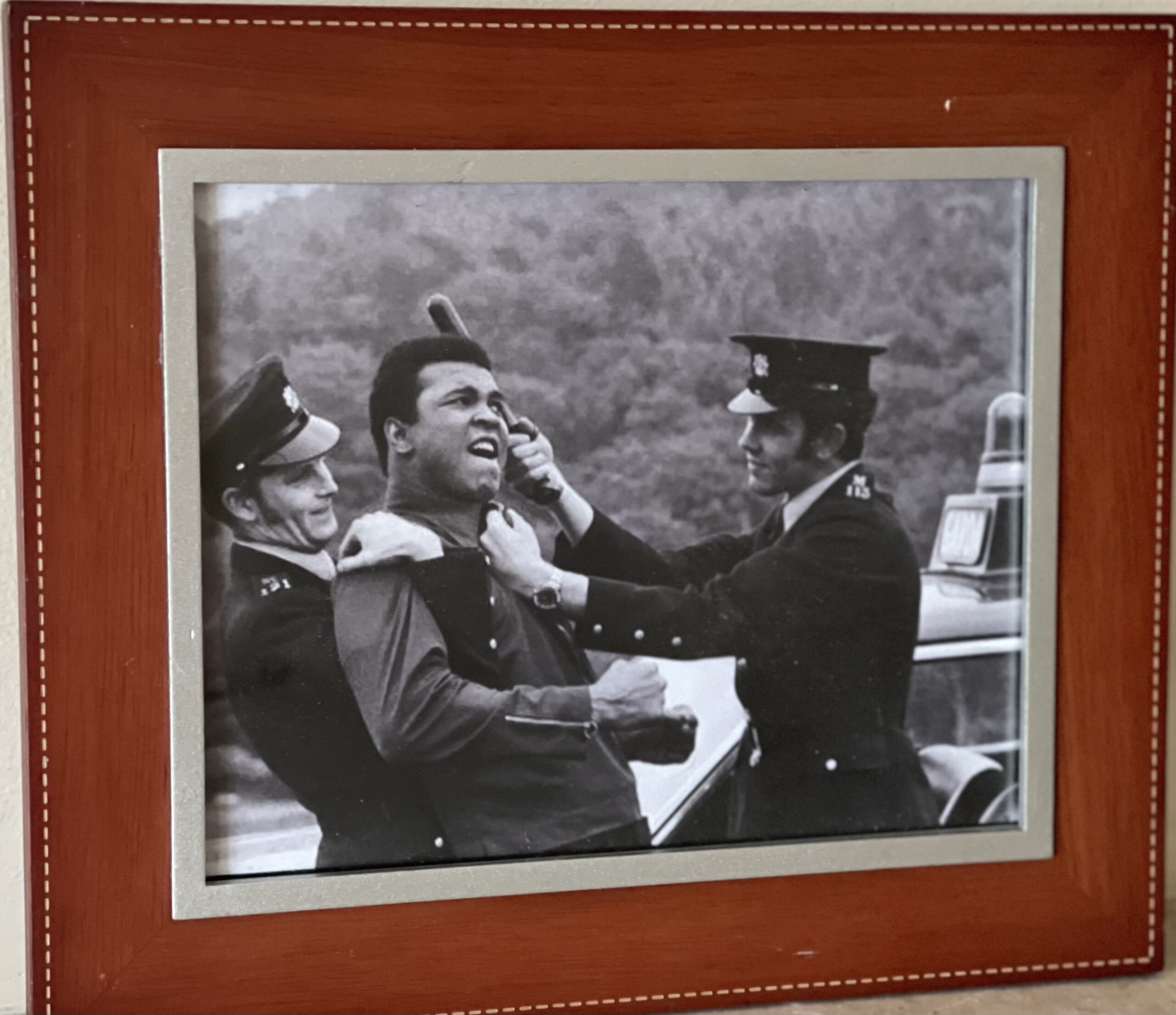 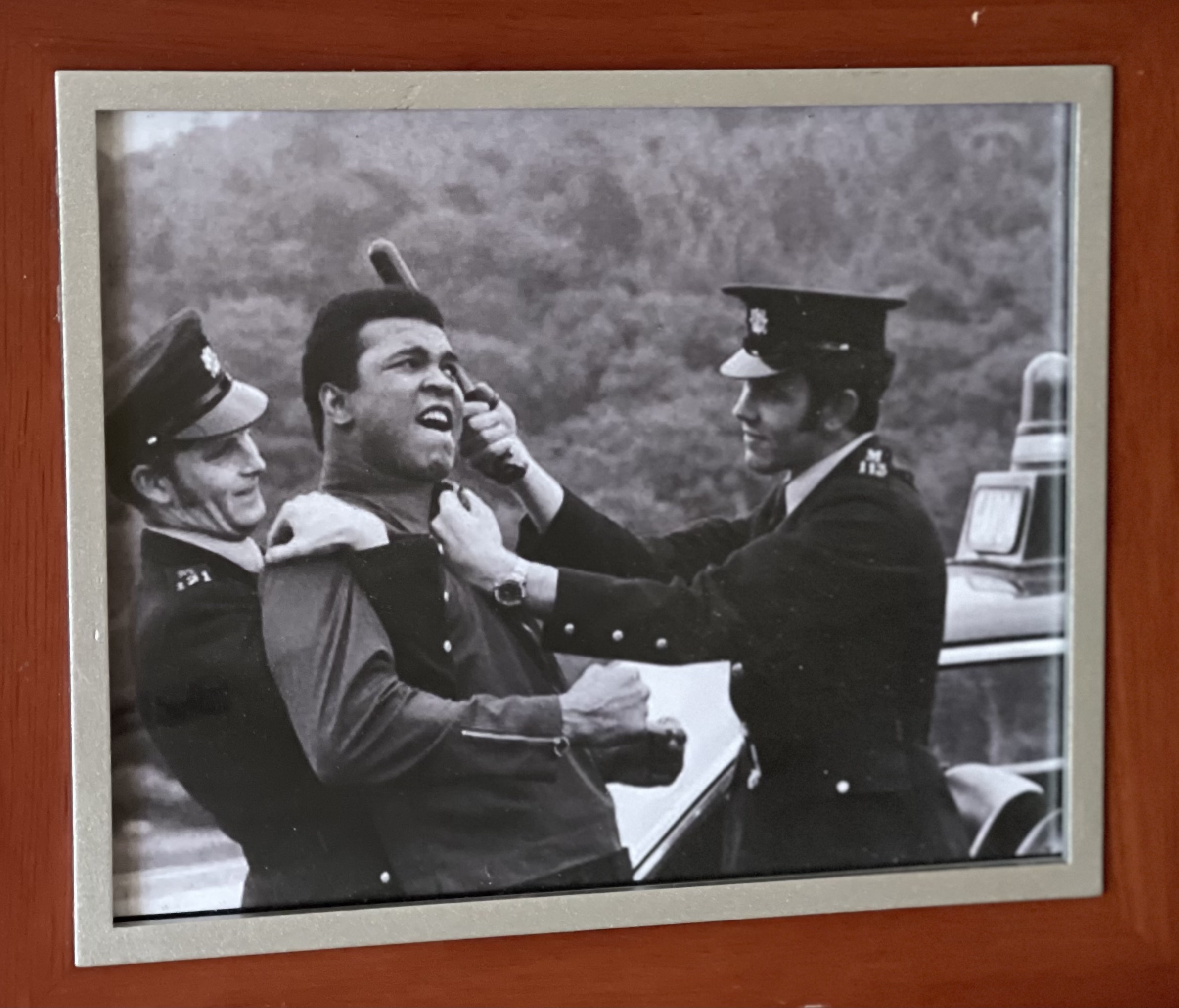 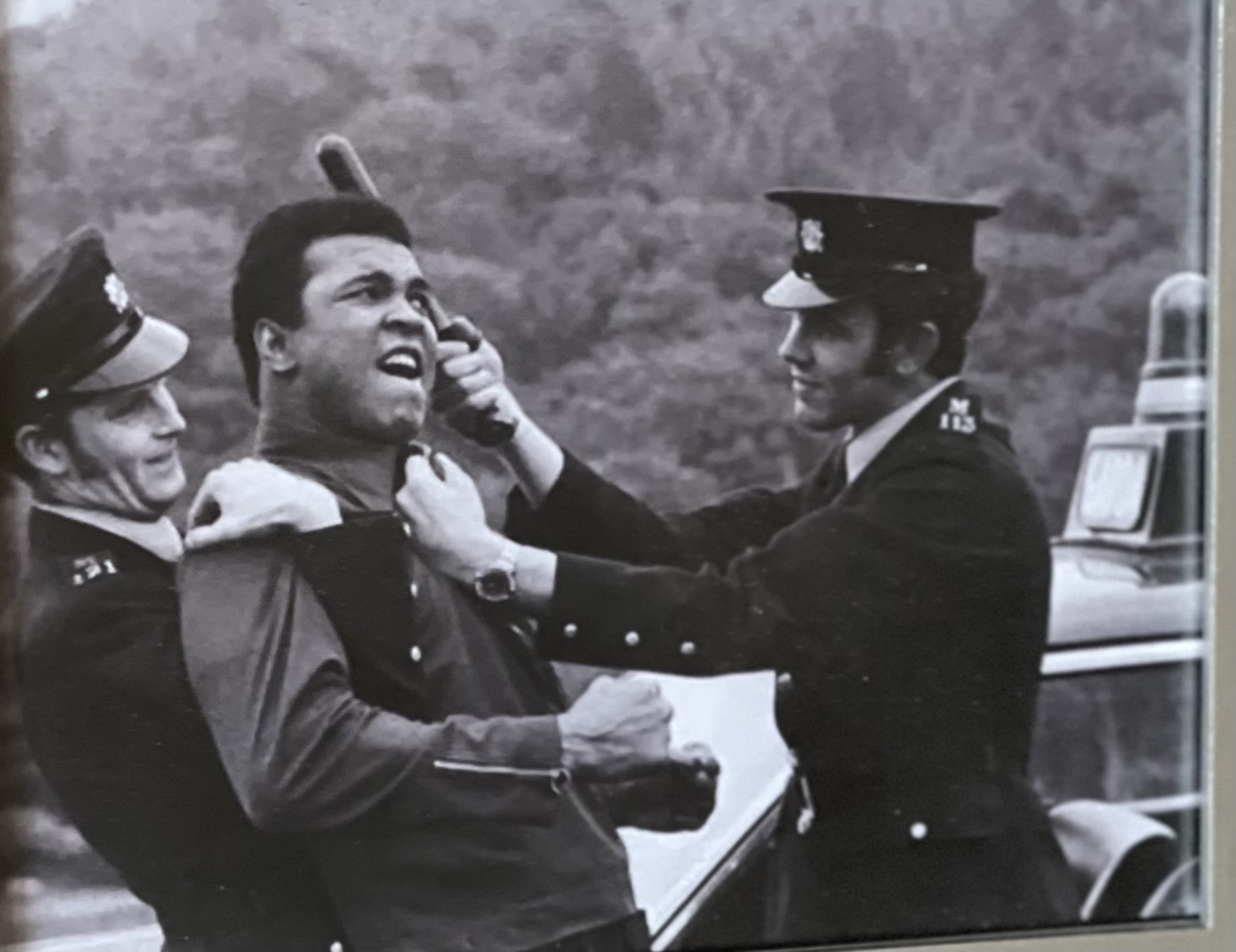