Atmospheric photograph of the Lansdowne Rugby Club’s 3rd XV taken with the enormous old West Stand  of Lansdowne Road in the background.It is estimated that half of this team were killed during the carnage of World War I just a few short years later-with surnames such as Gilligan,Beatty,O’Beirne,Nevin,Flavelle and Sadleir to be included on the sad Roll of Honour. 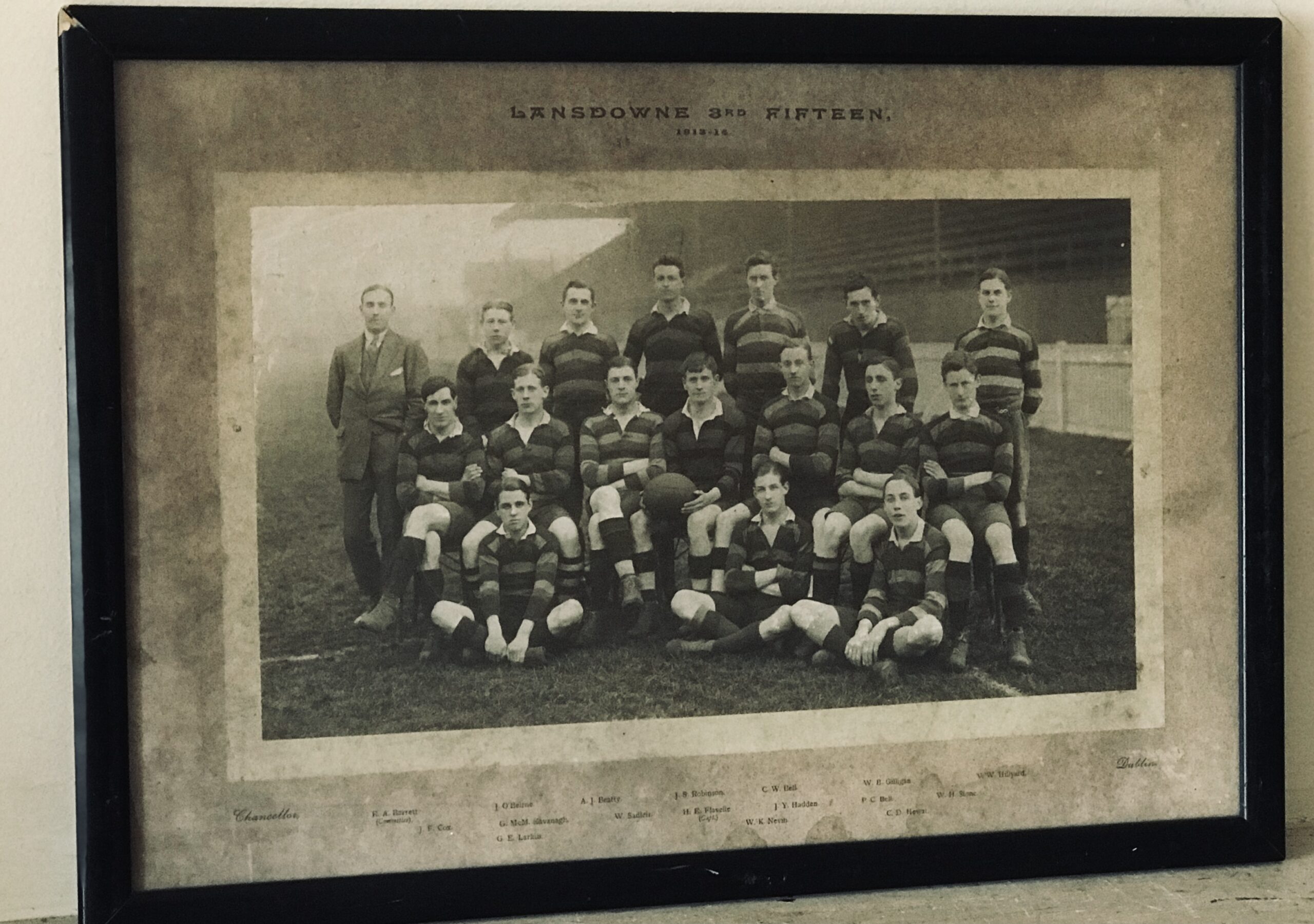 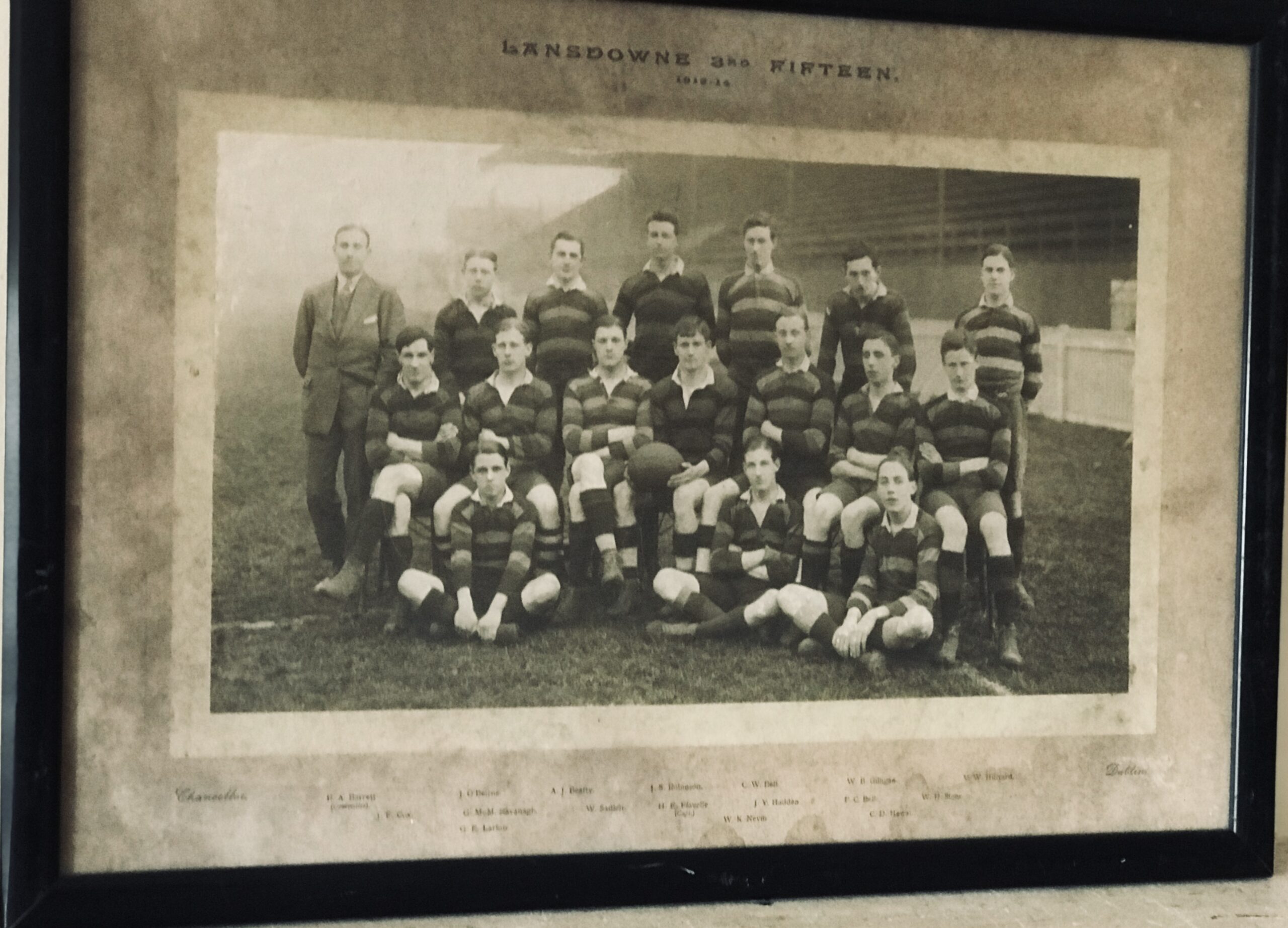