An Garda Síochána ( meaning “the Guardian of the Peace”), more commonly referred to as the Gardaí(Guardians”) or “the Guards“, is the national police service of the Republic of Ireland. The service is headed by the Garda Commissionerwho is appointed by the Irish Government. Its headquarters are in Dublin‘s Phoenix Park.

Since the formation of the Garda Síochána in 1923, it has been a predominantly unarmed force, and more than three-quarters of the force do not routinely carry firearms. As of 31 December 2019, the police service had 14,708 sworn members (including 458 Reserves) and 2,944 civilian staff.Operationally, the Garda Síochána is organised into four geographical regions: the East, North/West, South and Dublin Metropolitan Regions.

The force is the main law enforcement agency in the state, acting at local and national levels. Its roles include crime detection and prevention, drug enforcement, road traffic enforcement and accident investigation, diplomatic and witness protection responsibilities. It also provides a community policing service. 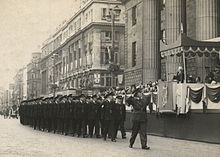 New Garda recruits salute the President of Ireland, An Tóstal, 1954

Prior to the creation of the Irish state, policing in Ireland had been undertaken by the quasi-military Royal Irish Constabulary (RIC), with a separate and unarmed Dublin Metropolitan Police (DMP). These were joined in 1919 by a parallel security force loyal to the provisional government, the Irish Republican Police. The early years of the new state saw a gradual process of incorporating these various pre-existing forces into a single centralised, nationwide and civilian organisation.

The Civic Guard was formed by the Provisional Government in February 1922 to take over the responsibility of policing the fledgling Irish Free State. It replaced the Royal Irish Constabulary and the Irish Republican Police of 1919–22. In August 1922 the force accompanied Michael Collins when he met the Lord Lieutenant in Dublin Castle. 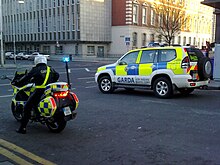 The Garda Síochána (Temporary Provisions) Act 1923 enacted after the creation of the Irish Free State on 8 August 1923,provided for the creation of “a force of police to be called and known as ‘The Garda Síochána‘”.Under section 22, The Civic Guard were deemed to have been established under and to be governed by the Act. The law therefore effectively renamed the existing force.

The seven-week Civic Guard Mutiny began in May 1922, when Garda recruits took over the Kildare Depot. It resulted in Michael Staines‘ resignation in September.

During the Civil War of 1922–23, the new Free State set up the Criminal Investigation Department as an armed, plain-clothed counter-insurgency unit. It was disbanded after the end of the war in October 1923 and elements of it were absorbed into the Dublin Metropolitan Police.

Garda directing traffic in Dublin during the 1960s

In Dublin, policing remained the responsibility of the Dublin Metropolitan Police (DMP, founded 1836) until it merged with the Garda Síochána in 1925. Since then the Garda has been the only civil police service in the state now known as Ireland. Other police forces with limited powers are the Military Police within the Irish Defence Forces, the Airport Police Service, and Dublin Harbour Police and Dún Laoghaire Harbour Police forces. 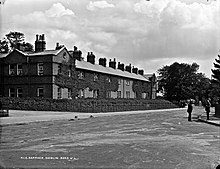 The headquarters, the Phoenix Park Depot in Dublin, consist of a series of buildings; the first of these were occupied in 1839 by the new Constabulary. Over subsequent years, additional buildings were added, including a riding school, chapel, infirmary and cavalry barracks; all are now used for other purposes. The new Garda Síochána started to occupy the Depot in early 1923. The facility also included a training centre but that was moved to McCan Barracks, Templemore, County Tipperary in the 1960s; it is now the Garda Síochána College.

First awarded in 1923, the Scott Medal for Bravery is the highest honour for bravery and valour awarded to a member of the Garda Síochána.The first medals were funded by Colonel Walter Scott, an honorary Commissioner of the New York Police Department. The first recipient of the Scott Medal was Garda James Mulroy.Other notable recipients include Garda Patrick Malone of St. Luke’s in Cork City who – as an unarmed Garda – disarmed Tomás Óg Mac Curtain (the son of Tomás Mac Curtain).

To mark the United States link, the American English spelling of valor is used on the medal. The Garda Commissioner chooses the recipients of the medal, which is presented by the Minister for Justice and Equality.

In 2000, Anne McCabe – the widow of Jerry McCabe, a garda who was killed by armed Provisional IRA bank robbers – accepted the Scott Medal for Bravery that had been awarded posthumously to her husband.

The Irish Republican Police had at least one member killed by the RIC 21 July 1920. The Civic Guard had one killed by accident 22 September 1922 and another was killed in March 1923 by Frank Teeling. Likewise 4 members of the Oriel House Criminal Investigation Department were killed or died of wounds during the Irish Civil War.The Garda Roll of Honor lists over 80 Garda members killed between 1922 and the present.

The first Commissioner, Michael Staines, who was a Pro-Treaty member of Dáil Éireann, held office for only eight months. It was his successors, Eoin O’Duffy and Éamon Broy, who played a central role in the development of the service. O’Duffy was Commissioner in the early years of the service when to many people’s surprise the viability of an unarmed police service was established. O’Duffy later became a short-lived political leader of the quasi-fascist Blueshirts before heading to Spain to fight alongside Francisco Franco‘s Nationalists in the Spanish Civil War. Broy had greatly assisted the Irish Republican Army (IRA) during the Anglo-Irish War, while serving with the Dublin Metropolitan Police (DMP). Broy’s fame grew in the 1990s when he featured in the film Michael Collins, in which it was misleadingly suggested that he had been murdered by the British during the War of Independence, when in reality he lived for decades and headed the Garda Síochána from 1933 to 1938. Broy was followed by Commissioners Michael Kinnane (1938–52) and Daniel Costigan (1952–65). The first Commissioner to rise from the rank of ordinary Garda was William P. Quinn, who was appointed in February 1965.

One later Commissioner, Edmund Garvey, was sacked by the Fianna Fáil government of Jack Lynch in 1978 after it had lost confidence in him. Garvey won “unfair dismissal” legal proceedings against the government, which was upheld in the Irish Supreme Court.This outcome required the passing of the Garda SíochánaAct 1979 to retrospectively validate the actions of Garvey’s successor since he had become Commissioner. Garvey’s successor, Patrick McLaughlin, was forced to resign along with his deputy in 1983 over his peripheral involvement in a political scandal.

On 25 November 2014 Nóirín O’Sullivan was appointed as Garda Commissioner, after acting as interim Commissioner since March 2014, following the unexpected retirement of Martin Callinan. It was noted that as a result most top justice posts in Ireland at the time were held by women. The first female to hold the top rank, Commissioner O’Sullivan joined the force in 1981, and was among the first members of a plain-clothes unit set up to tackle drug dealing in Dublin. 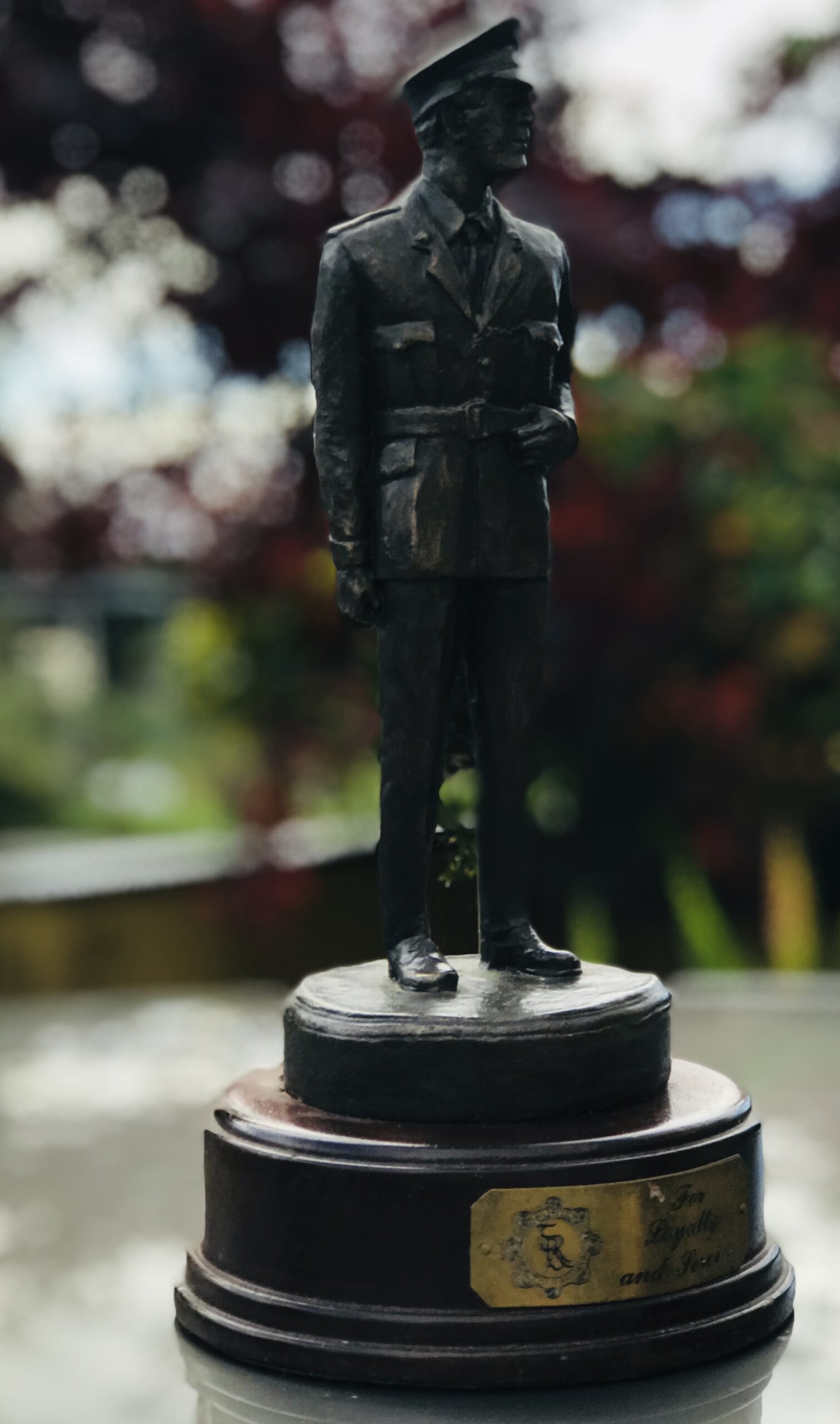 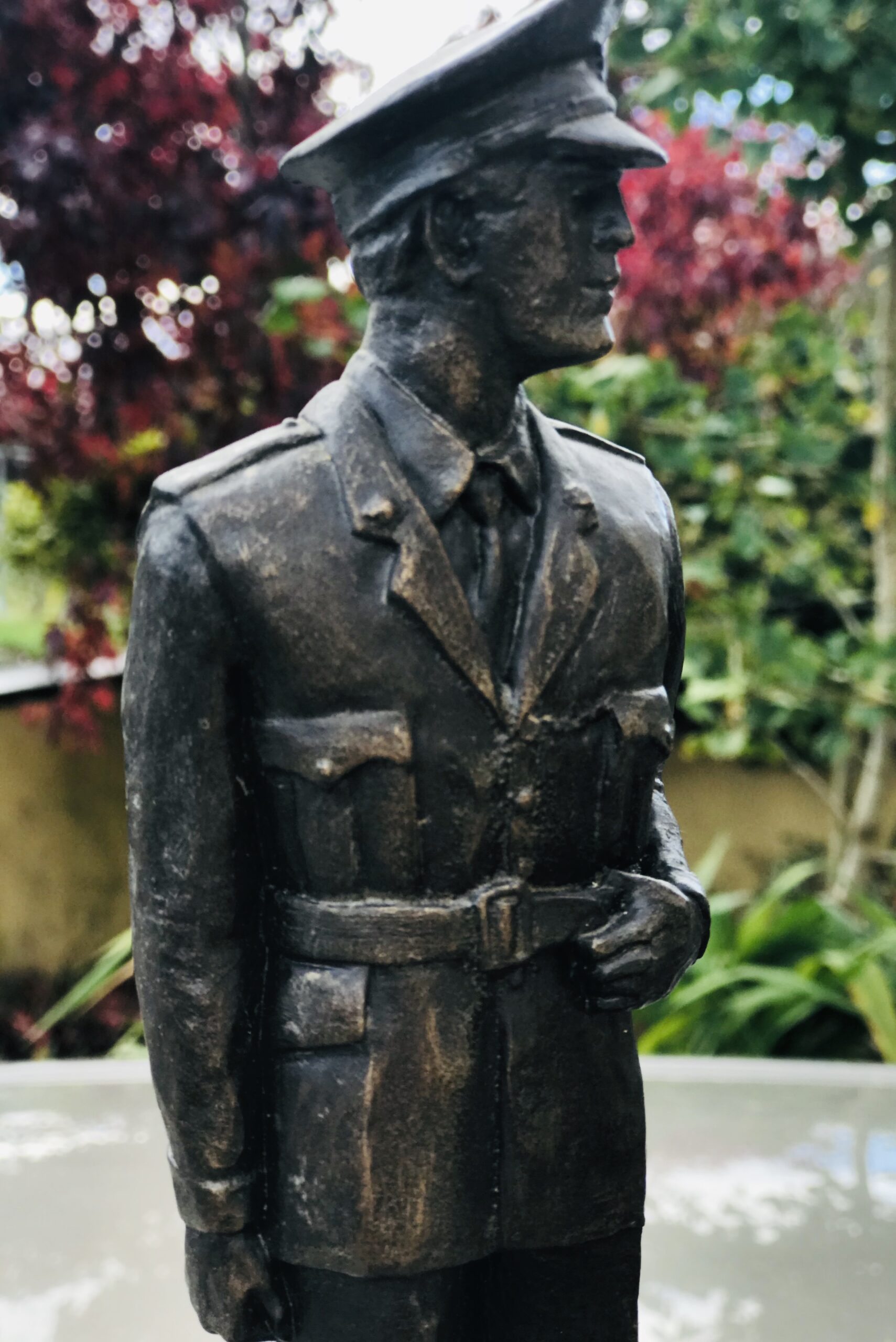 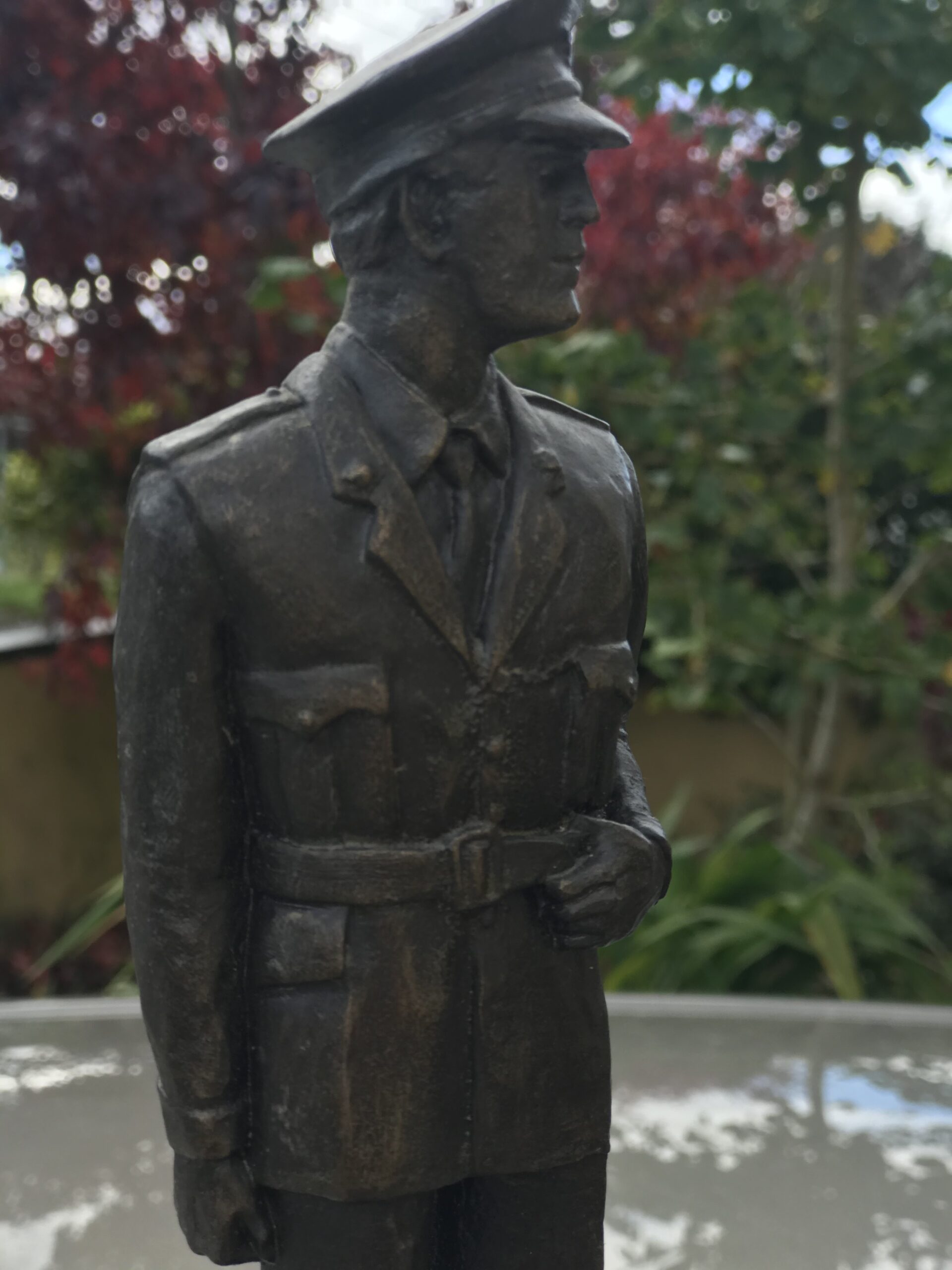 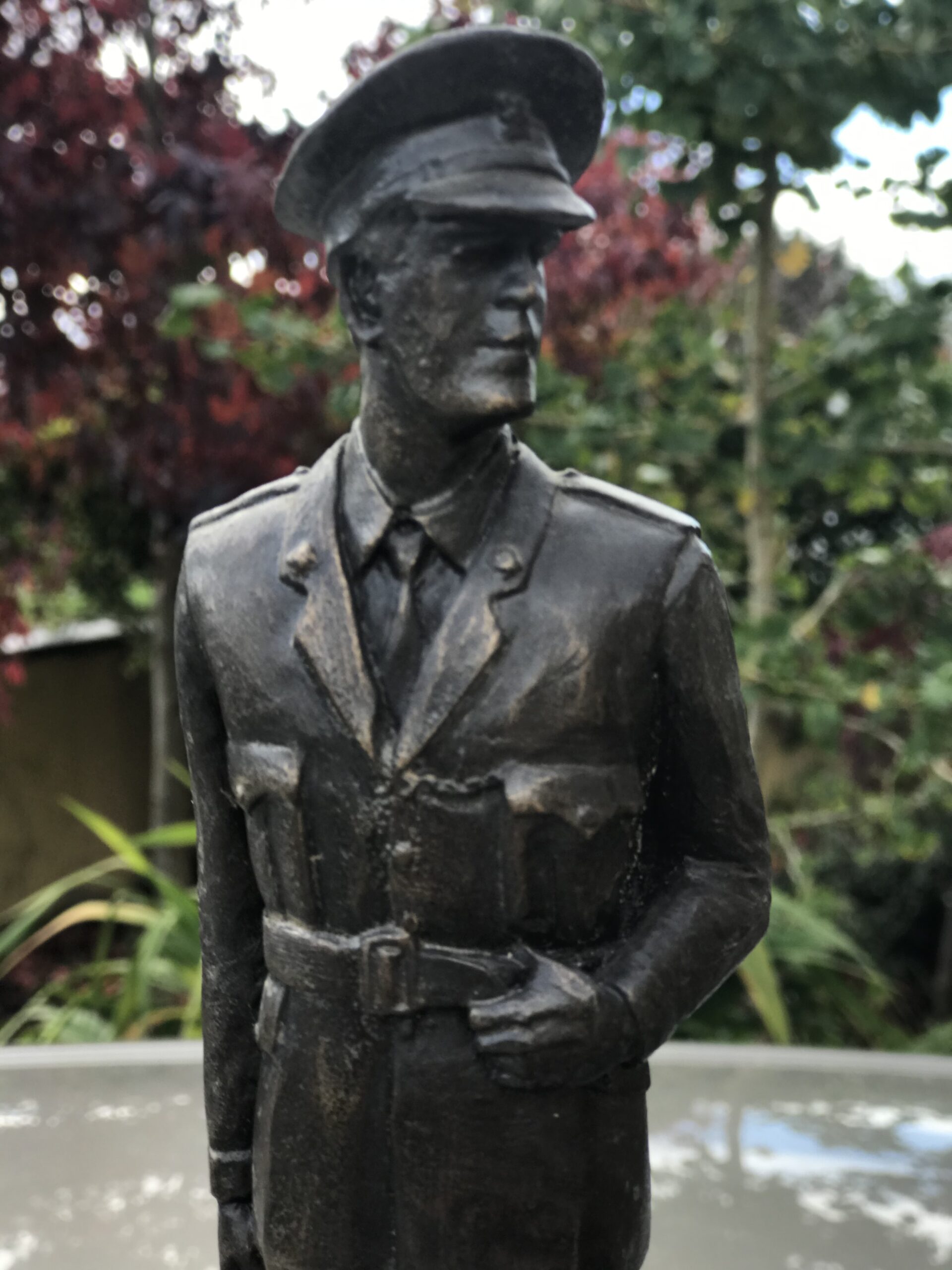 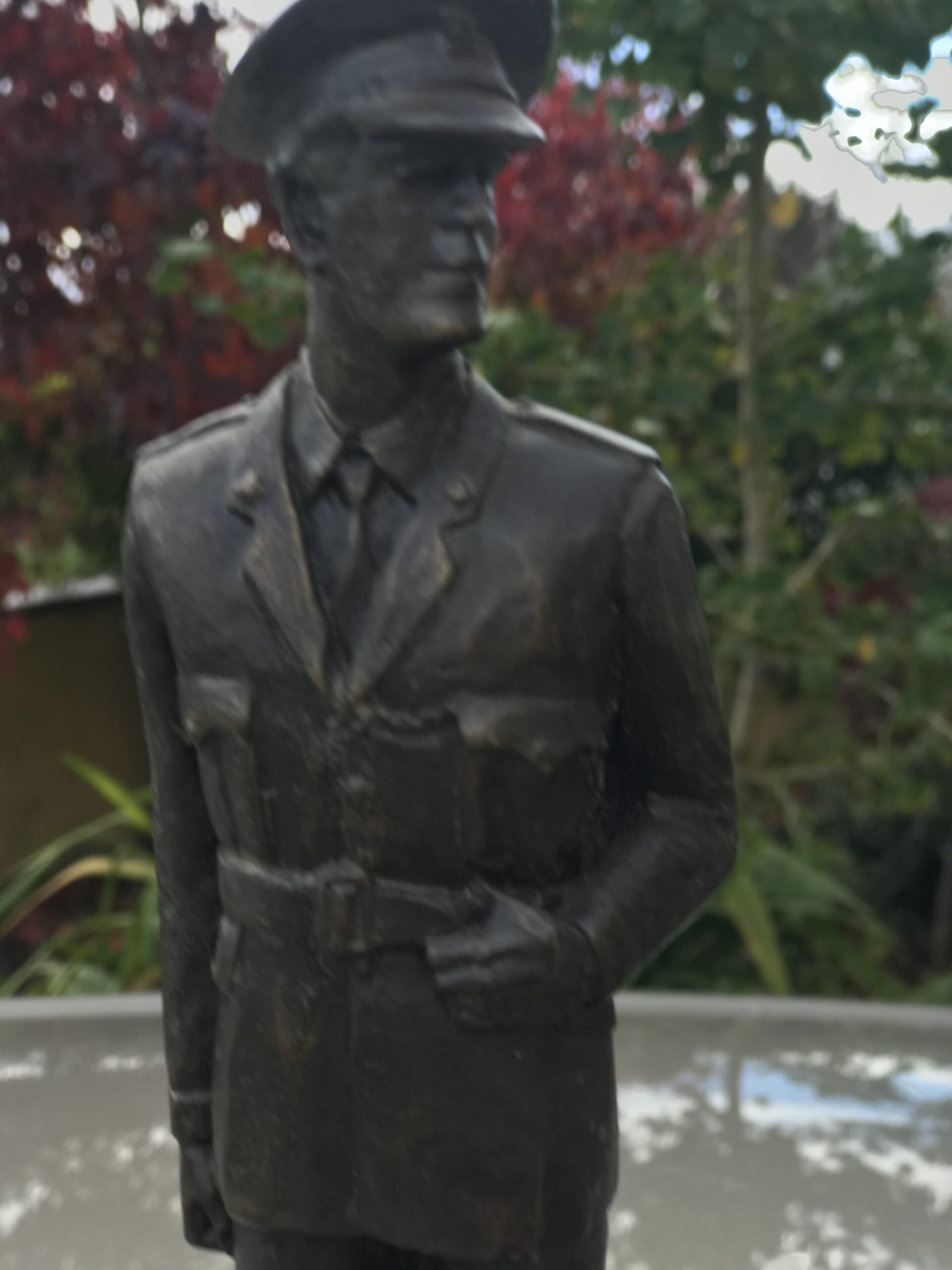 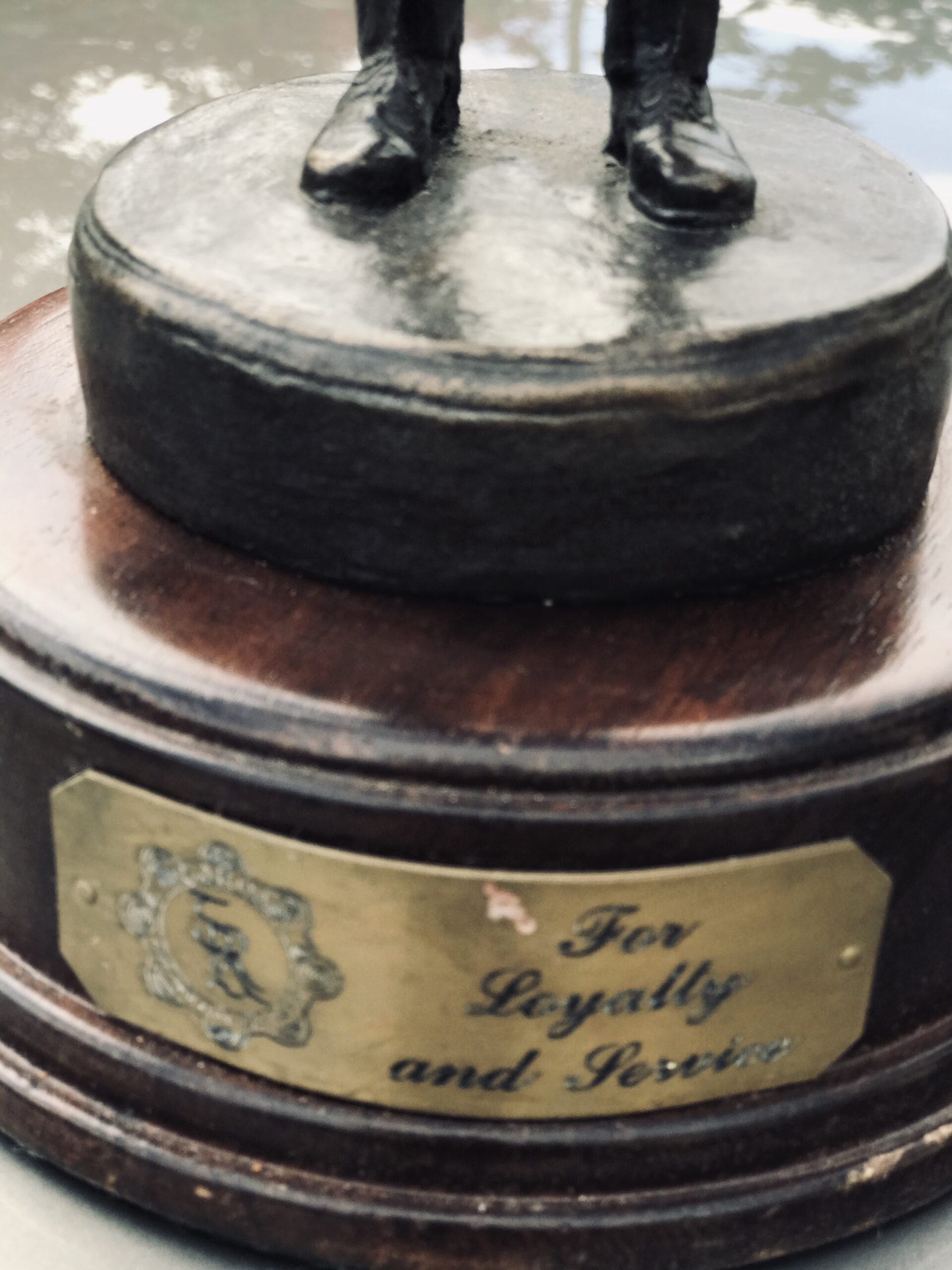 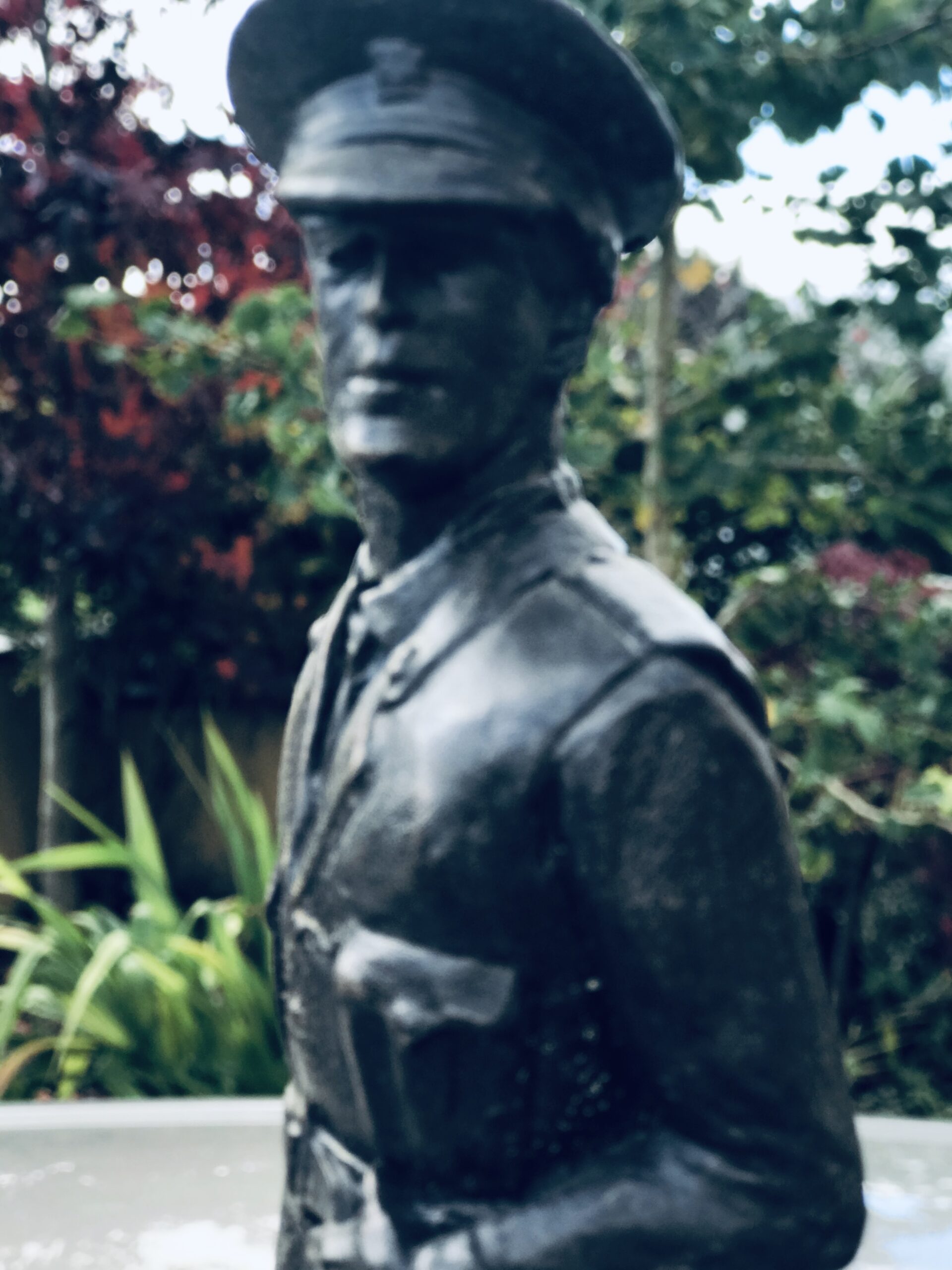 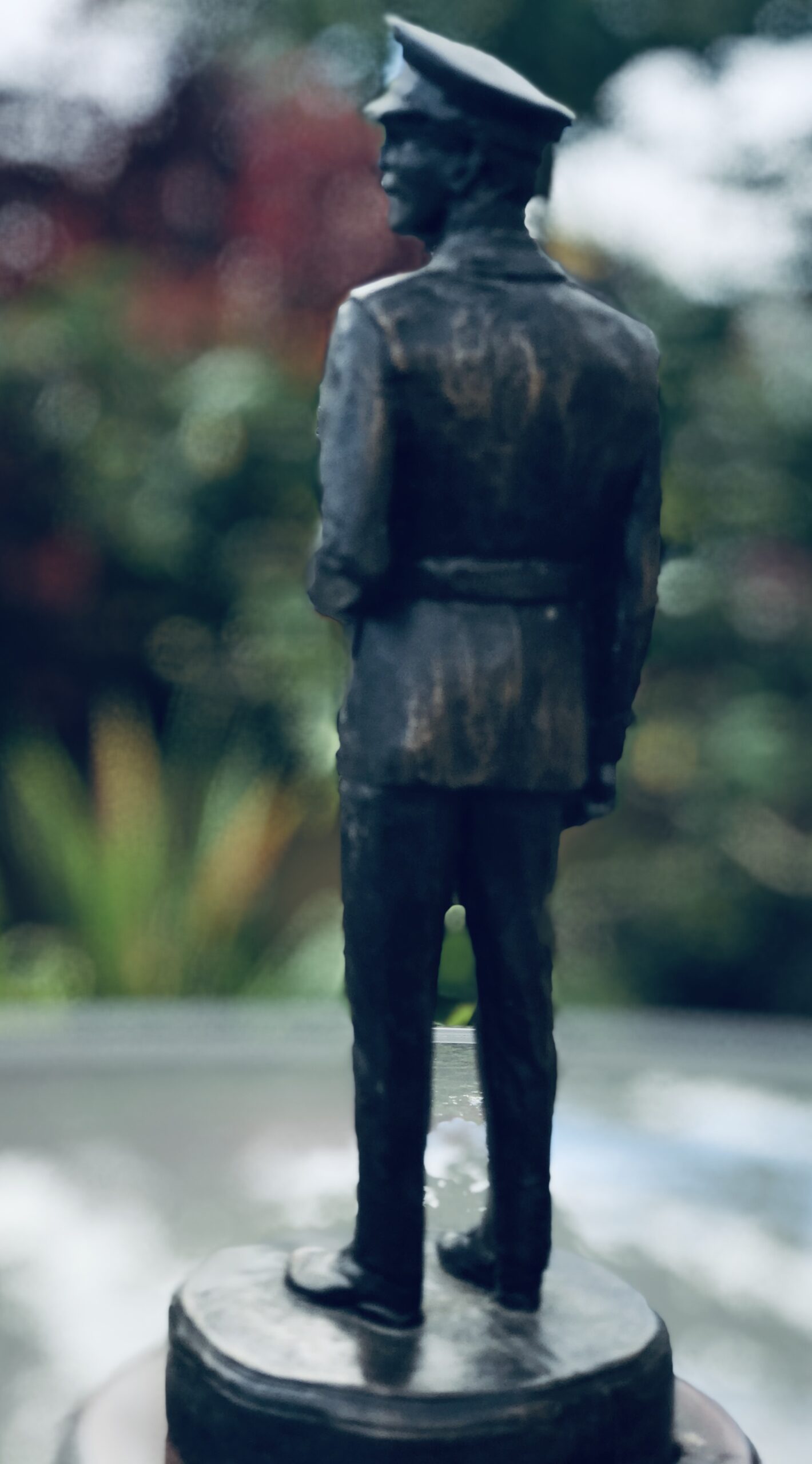 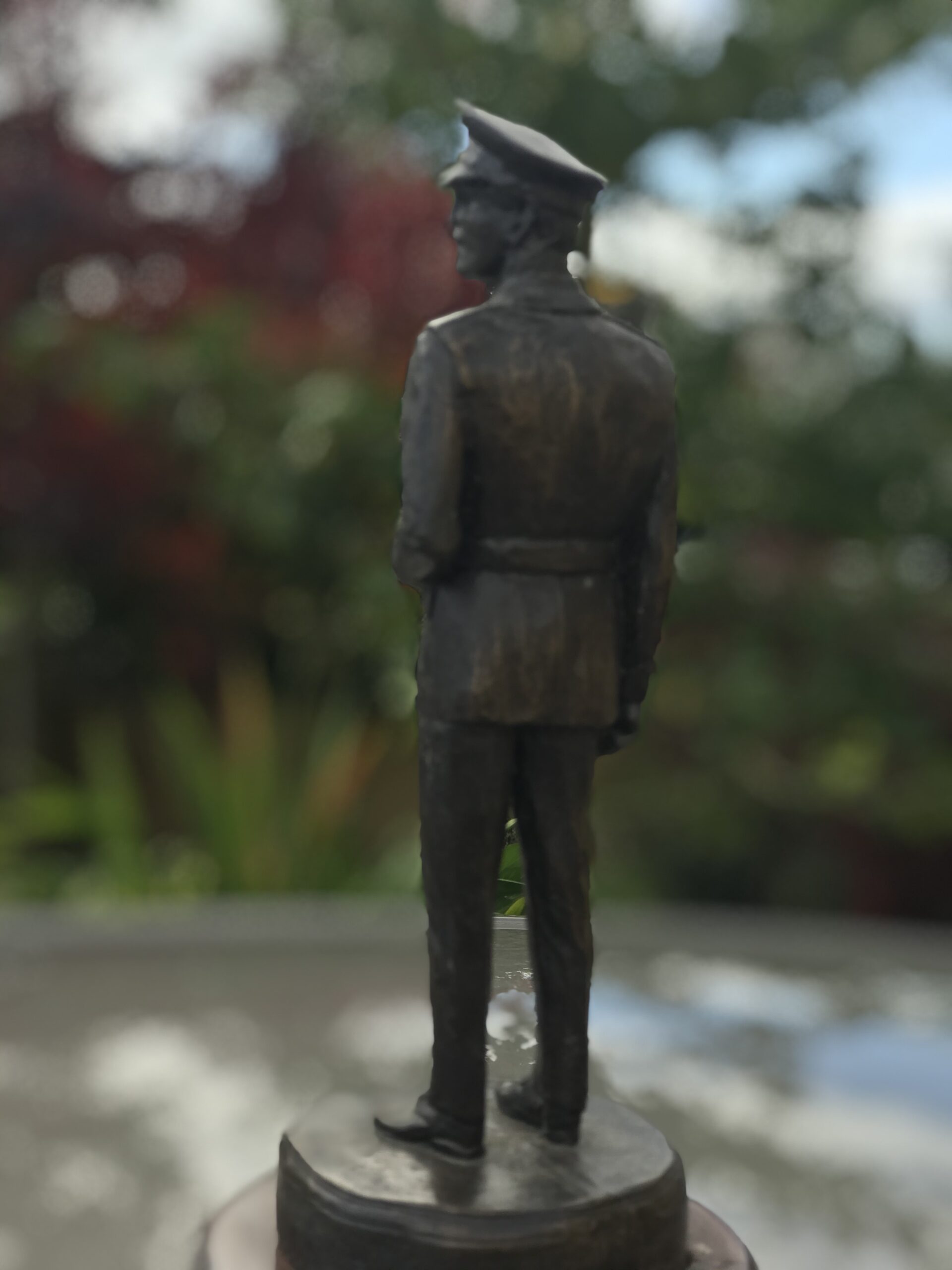