Beautiful Tribute to the all time great Arkle

Beautiful tribute print to the great Arkle with list of major career victories undeneath.The Legendary gelding is pictured successfully negotiating a fence at Cheltenham with regular jockey Pat Taafe on board wearing the distinctive yellow and black silks of Arkle’s owner Anne,Duchess of Westminster. 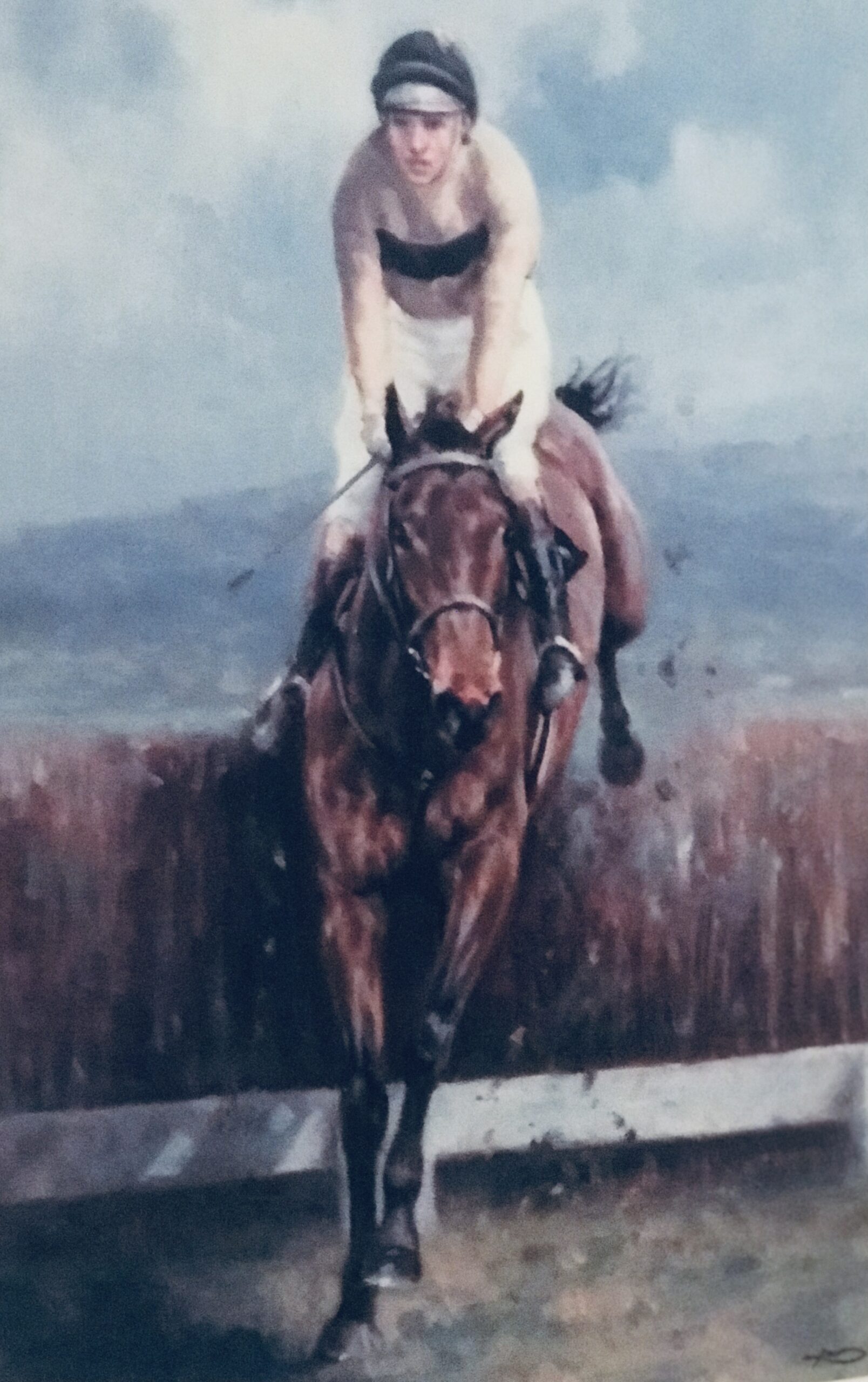 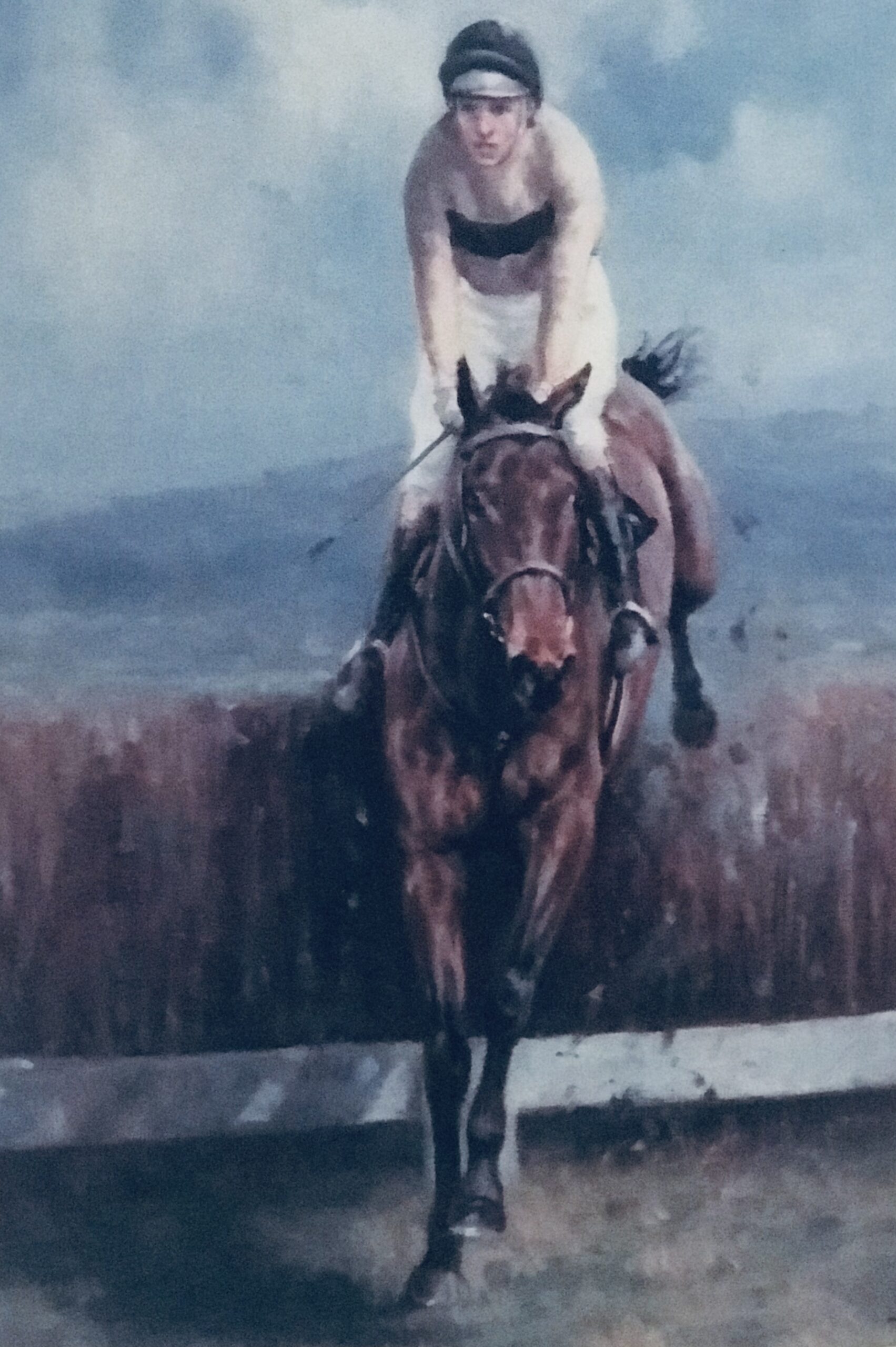 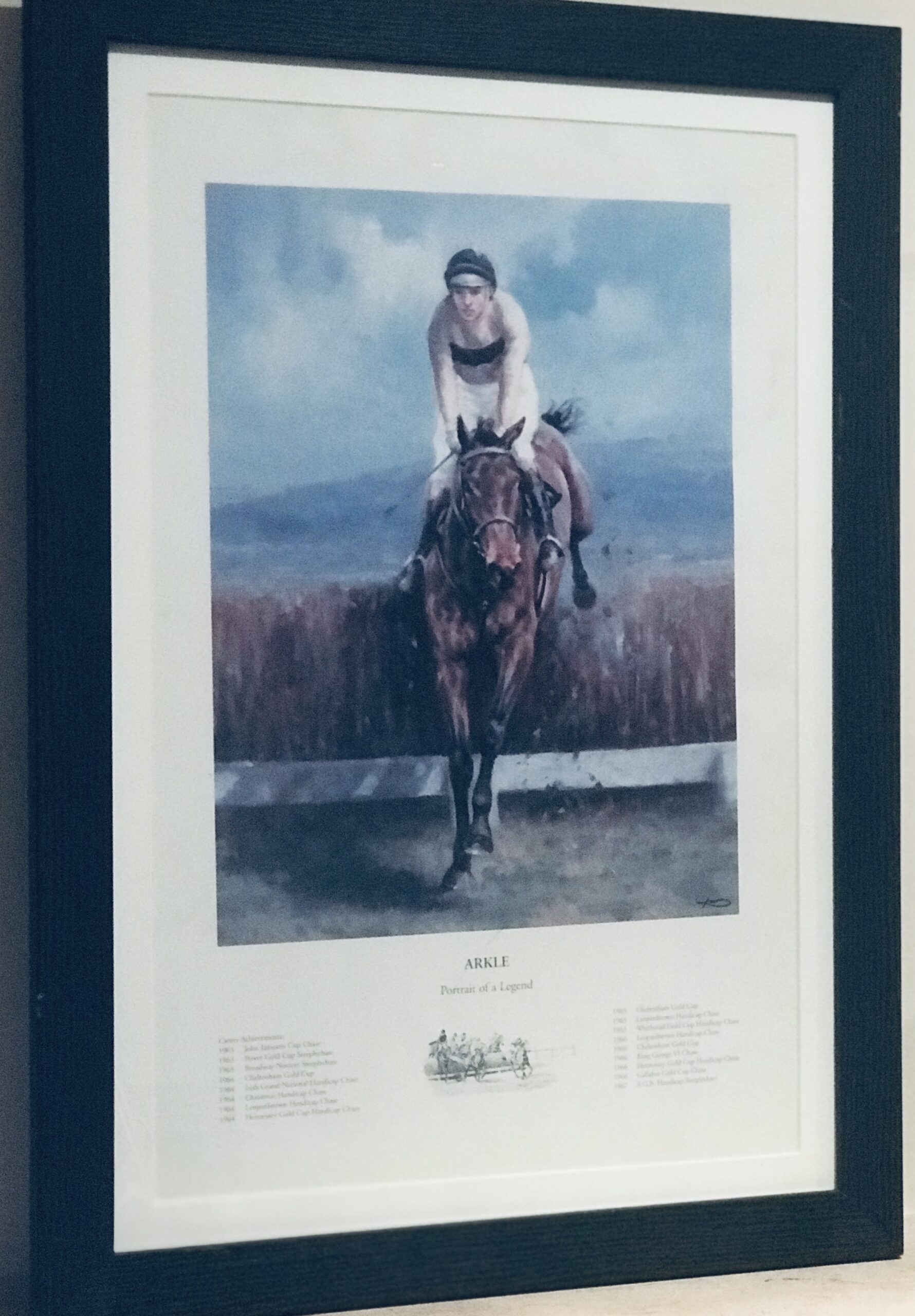 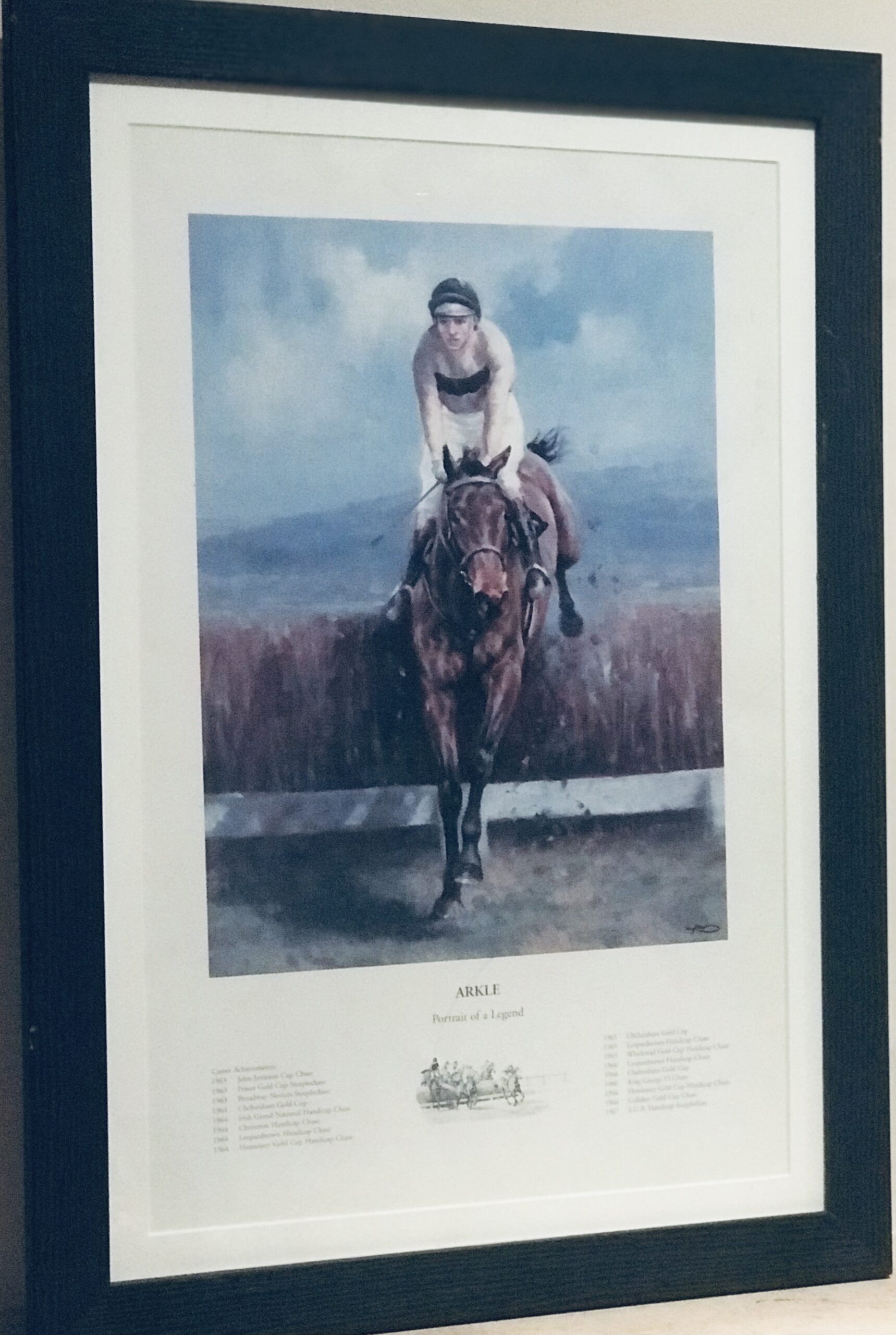