Rare and beautiful original  printed advert of the County Donegal Railway and the Londonderry & Lough Swilly Railway.(not to be confused with ubiquitous reproductions available on ebay etc). And magnificently presented in an offset frame which further enhances this fine piece.With a total of 225 miles of track, the railway formed the largest narrow gauge rail system in north-west Europe until it sadly closed in 1959.Can you even begin to imagine the tourism benefits if this incredible railway network was still fully operational today ??

The County Donegal Railway was the largest narrow gauge railway system in the British Isles, although it began its existence in the form of the Irish 5’3” broad gauge. The first line to open was the Finn Valley Railway from Strabane to Stranorlar in September 1863 to 5’3” gauge. Strabane had already been reached by the Londonderry and Enniskillen Railway in1847. Proposals were then made over the next few years for an extension from Stranorlar to Donegal Town, but this time in 3-foot gauge, experience in Antrim having led promoters to feel this was a cheaper option both for construction and operation. Despite this funds were hard to obtain and the railway was opened initially to Lough Eske Station, in the Townland of Druminnin, in1882, and extended in to Donegal Town in 1889. The next twenty years saw the peak of construction of the narrow gauge lines, from Donegal Town to Killybegs in 1893, and from Stranorlar to Glenties in 1895. Increasing problems with transshipment at the mixed gauge station in Stranorlar plus difficult relations over sharing the last part of the Enniskillen line into Strabane led to the decision to convert the Finn Valley line to narrow gauge. This regauging took place, almost miraculously, over a weekend in July 1894. It is hard to believe such a smooth operation could take place today. Although it resulted in duplication of rail routes from Strabane to Derry, a narrow gauge line was opened from Strabane to Derry on the east side of the River Foyle in 1900, a branch from Donegal town to Ballyshannon was opened in 1905, and finally the last of the Irish narrow gauge lines, the branch from Strabane to Letterkenny was opened in 1909. This brought the total mileage to 125 miles. While other lines were proposed, no more were built in Donegal. Already there had been some financial difficulties, particularly in supporting the new extensions, and this led to the railway being operated from 1906 by a joint committee, with some support from the Great Northern Railway (Ireland) and the Midland Railway of Britain. The heyday of narrow gauge railway opening was now over and while many of the other Irish lines lived out a fairly short and somewhat impoverished existence, The County Donegal survived until 1947 without any closures. This was in good part due to the General Manager from 1910 to 1943, Henry Forbes, who introduced many economies, not least of which was diesel railcar operation for most passenger trains. The first closure was to passenger services on the Glenties branch in 1947, followed by complete closure in 1952. The County Donegal Railway’s line to Derry closed at the end of 1954, bar one school special in June 1955. The other lines survived until the end of 1959. Despite closure over 55 years ago, a good deal of the railway’s locomotives, railcars and rolling stock has survived in various museums,
(From the Irishmans Diary- October 2016 Irish Times)
Co Donegal once had marvellously intricate narrow-gauge railways. At 225 miles long, it was the longest narrow-gauge system in these islands, a true marvel of railway engineering. By the end of 1959, the last sections of the system had closed.The first lines in the county opened in 1863 and 1864, including Strabane to Stranorlar.Other lines followed, so that by the start of the 20th century, major towns in the county could be reached by rail, including Letterkenny, Burtonport and Glenties in the west of the county, and Killybegs and Ballyshannon in south Donegal. On the Inishowen peninsula, a line went as far as Carndonagh.

A small section of the network was originally broad gauge, but soon narrow gauge became the working norm across the county. The Donegal railways also ran to Derry city, which at one stage, had four railway stations. One in the docks area linked Derry with Letterkenny, Buncrana and the Inishowen peninsula, while the Victoria Road station on the east bank of the Foyle provided a connection to Killybegs.

But consolidation came quickly to the network. In 1906, the County Donegal Railway Joint Committee was set up, with help from the Great Northern Railway (Ireland) and the Midland Railway in England. In the north of the county, services were run by the Londonderry and Lough Swilly Railway company, usually called simply “The Swilly” .

The railways were useful in helping Donegal people reach emigrant ships, sailing from Derry and elsewhere. They also played a vital and integral role in the everyday commerce of the county, and during the second World War, they were well-used by the people of the twin towns, Ballybofey and Stranorlar, and many others in the county, travelling in their vital quest to win turf.

They were also widely used for excursions, such as those by pilgrims to the Holy Well at Doon, near Letterkenny, as well as by Orangemen going to Rossnowlagh for the Twelfth, and the Ancient Order of Hibernians on August 15th.

The Donegal railways were also very innovative; diesel railcars were introduced around 80 years ago and proved economical and reliable. They helped the railways keep going for far longer than if they had been steam-worked. Thrift was everything, and in many cases carriages were kept in service for decades.

The railways also induced a sense of friendly competition, like the race between a diesel railcar and a motor car, driven by Maj Henry White of Lough Eske Castle, along the Barnesmore Gap.

One lethal crash happened in January 1925, when a train on the Letterkenny to Burtonport line was blown off the viaduct at Owencarrow. Four people were killed. In 1949, a railcar driver and two passengers were killed when two trains collided head-on near Donegal town.

But as happened everywhere else with the railways, motor cars and lorries provided unbeatable competition. The station at Carndonagh shut in 1935 after a mere 34 years in service. The line to Burtonport clung on, as far as Gweedore, until 1947, while the lines to Buncrana and Letterkenny closed down in 1953. By 1960, the last of the Donegal system had been obliterated. The Swilly company, which became bus-only for passengers, managed to last until two years ago.

Such was the attachment to the Donegal railways that after the line from Donegal town to Ballyshannon closed down in 1959, two of the railway workers continued to operate a freight service between the two towns for a month before the bosses in Dublin realised what was happening.

With so many railway memories still so vivid in Co Donegal, it’s hardly surprising that the county has two excellent heritage sites. The old station in Donegal town has been converted into the Donegal Railway Heritage Centre, packed with artefacts of all kinds, and even an old railway carriage that can be hired out for functions.

At Fintown, you can take a trip in an old railcar along five kilometres of track, the last remaining segment of the Co Donegal railways, on the old Stranorlar to Glenties line. It opened in 1995 and now there are plans to restore the old station. Its lakeside setting is so spectacular that the late Brian Friel said that it was as scenic a stretch of railway as anything to be found in Switzerland or Minnesota.Derry had the Foyle Valley railway museum dedicated to the Co Donegal railways, including old locos and carriages and a working track, but sadly, it has been long closed. 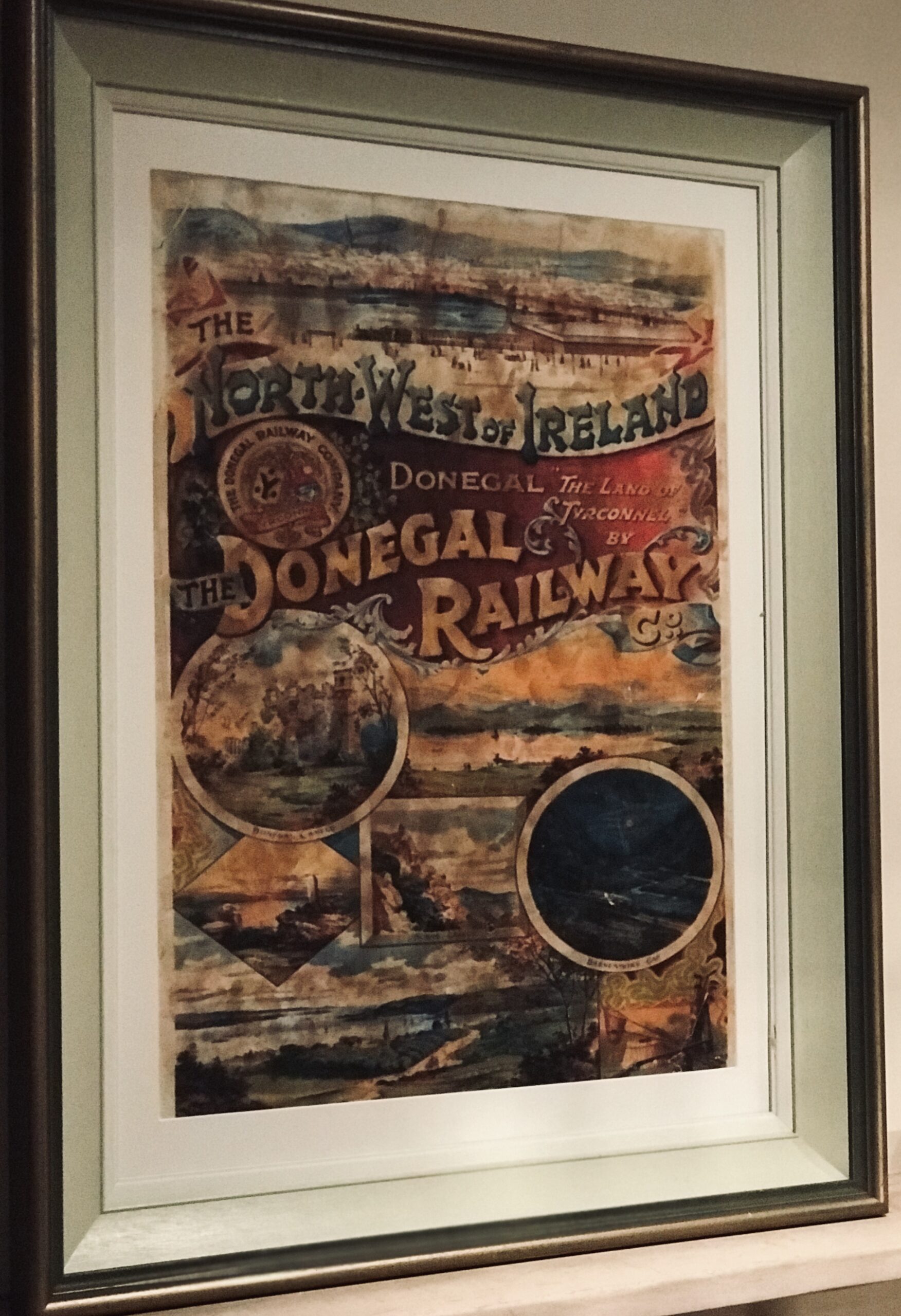 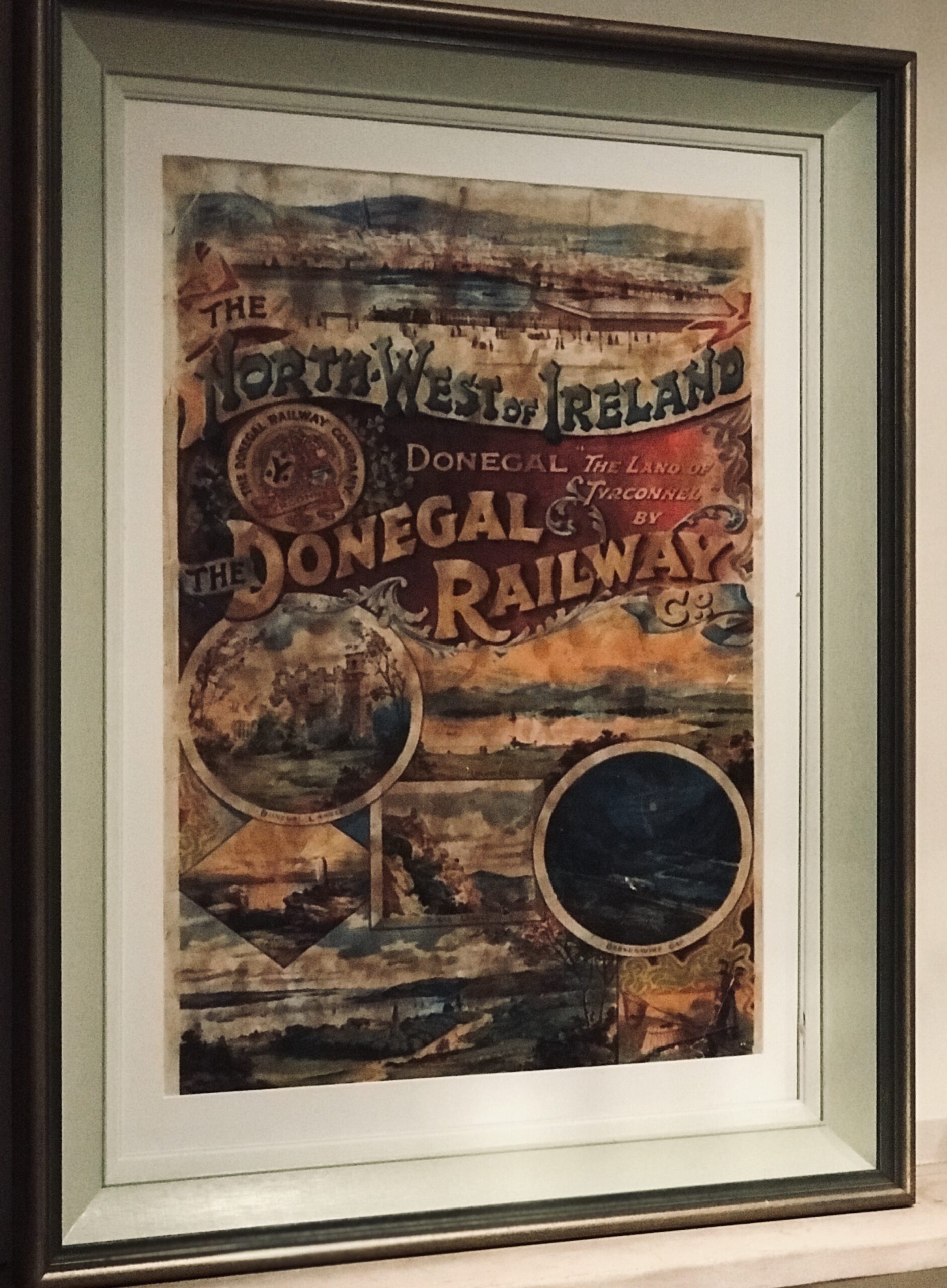 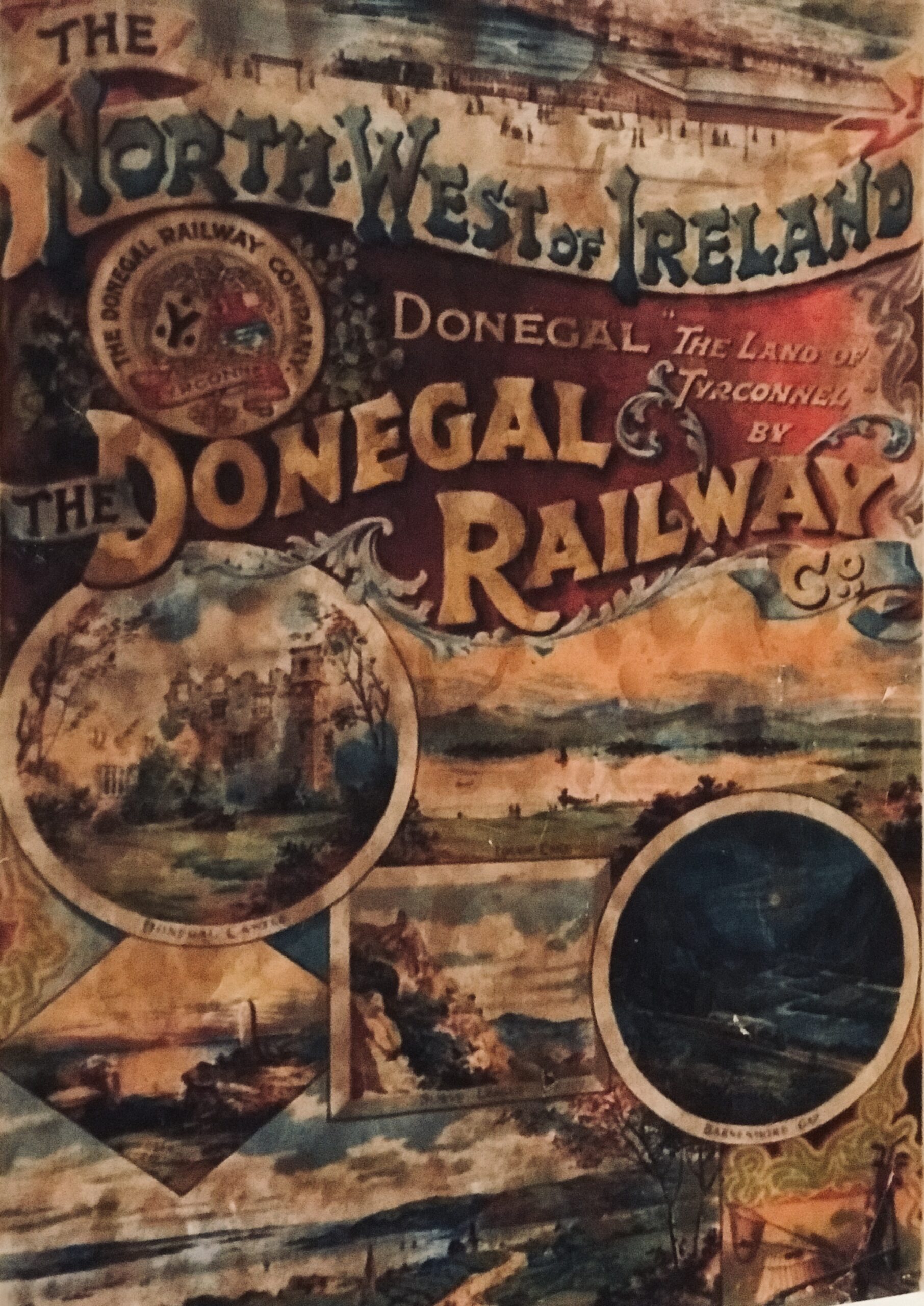 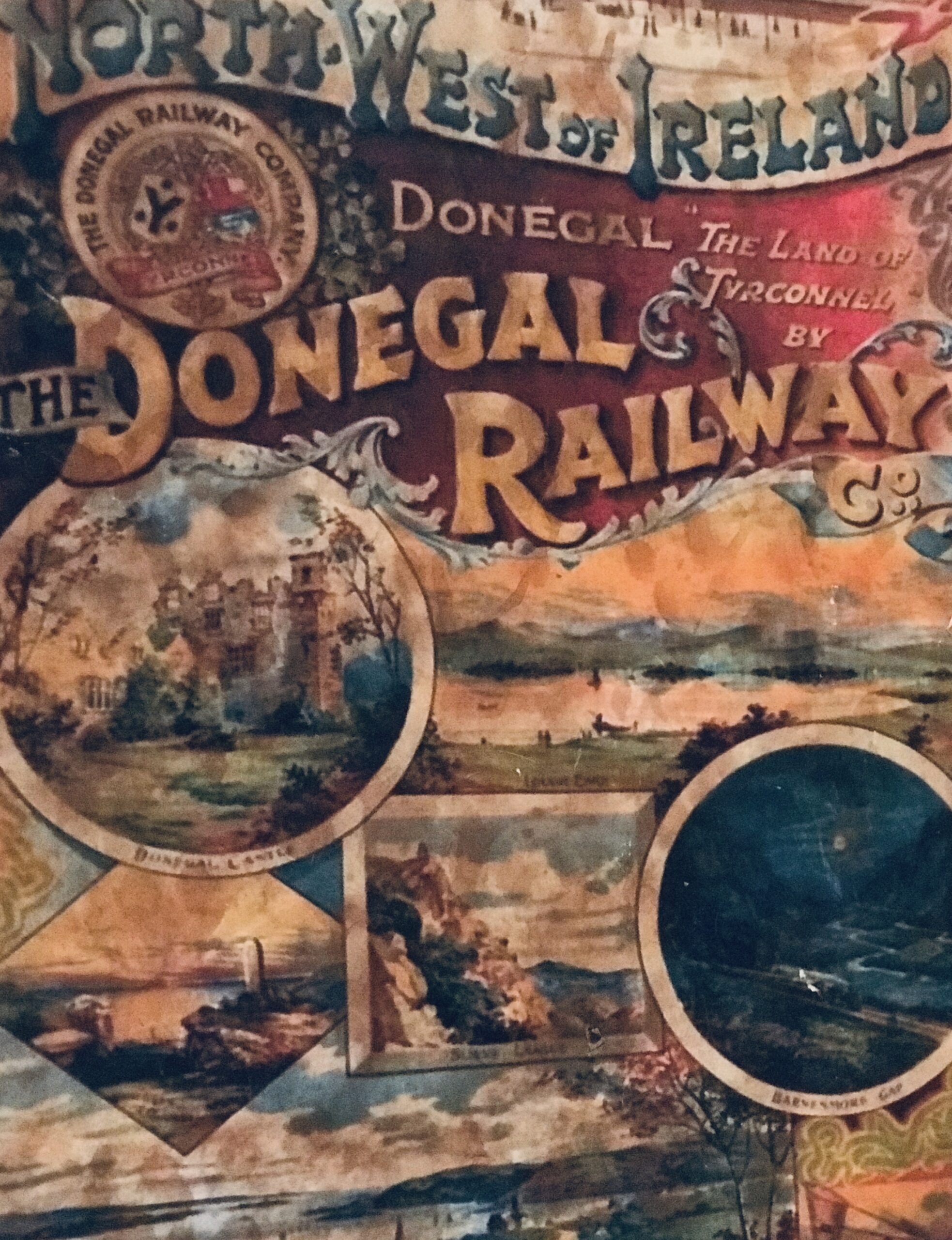 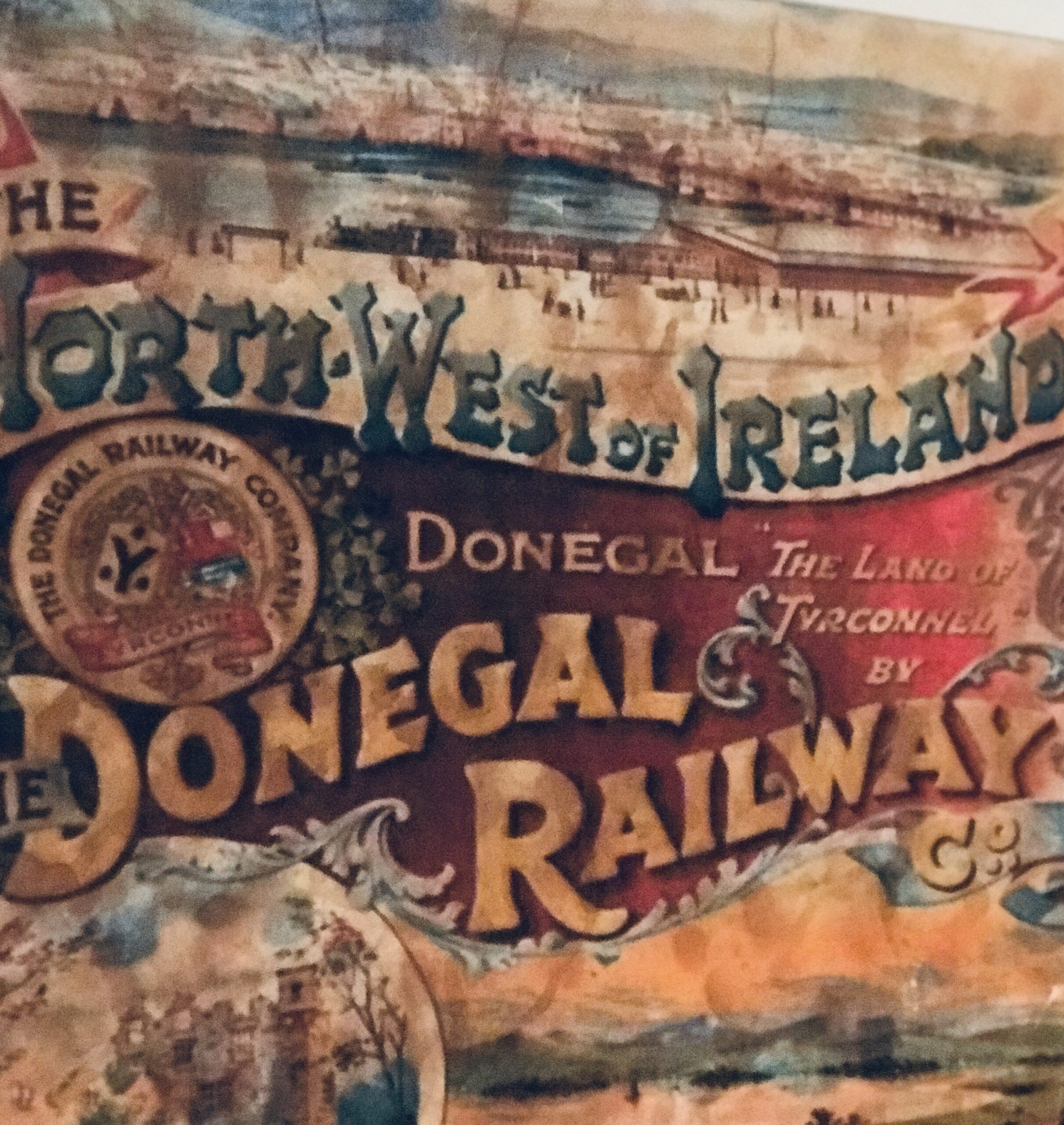 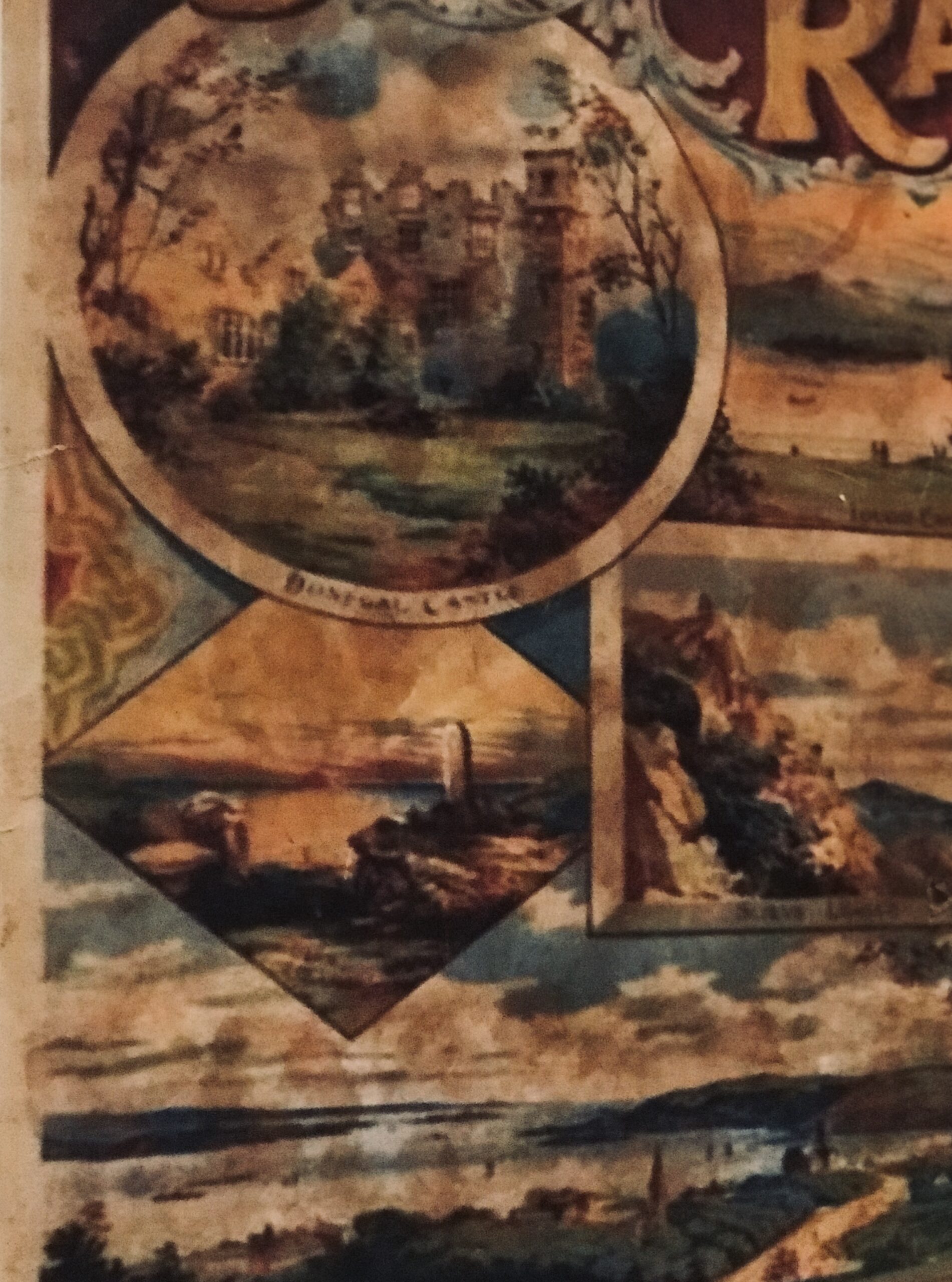 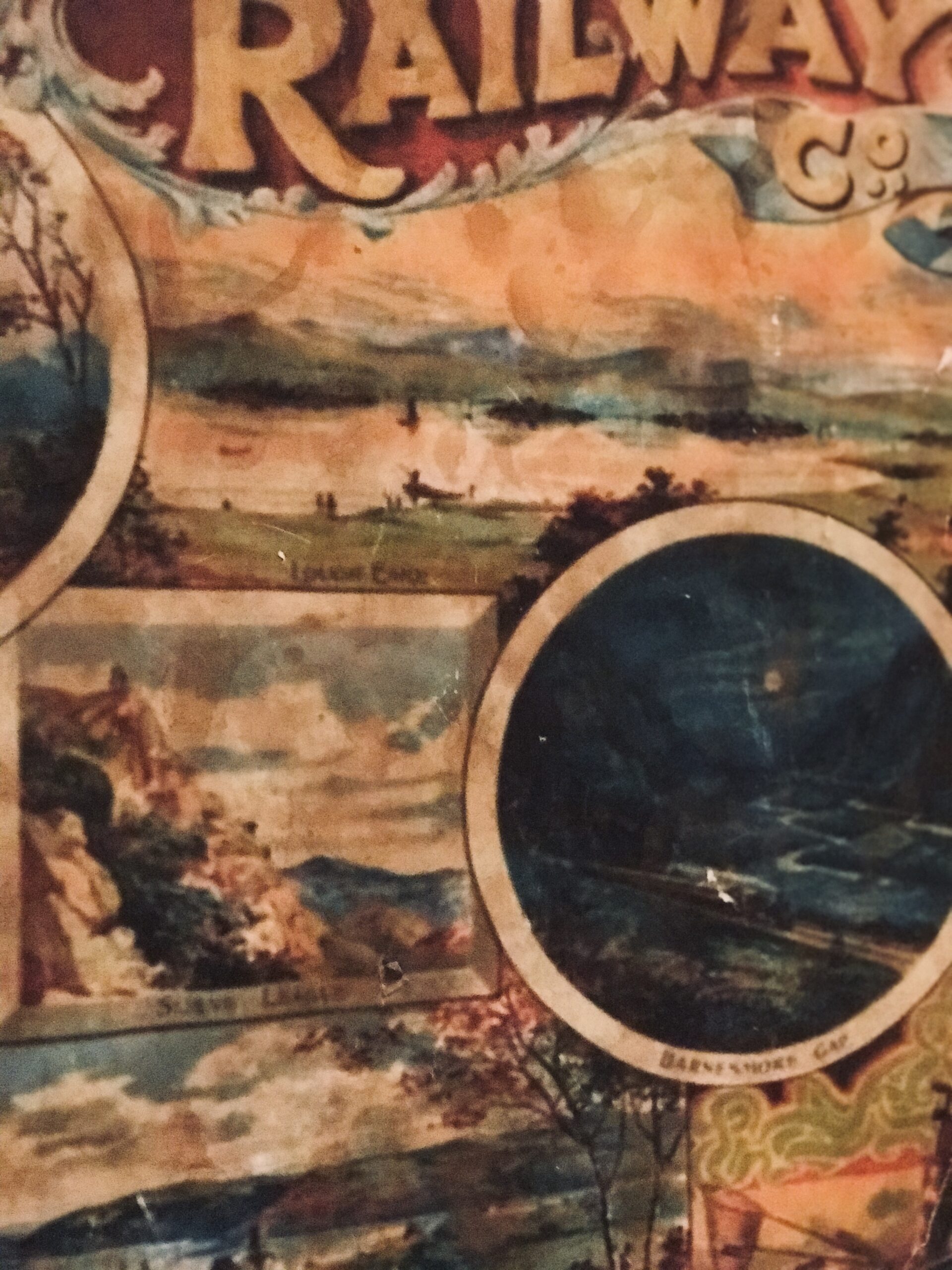 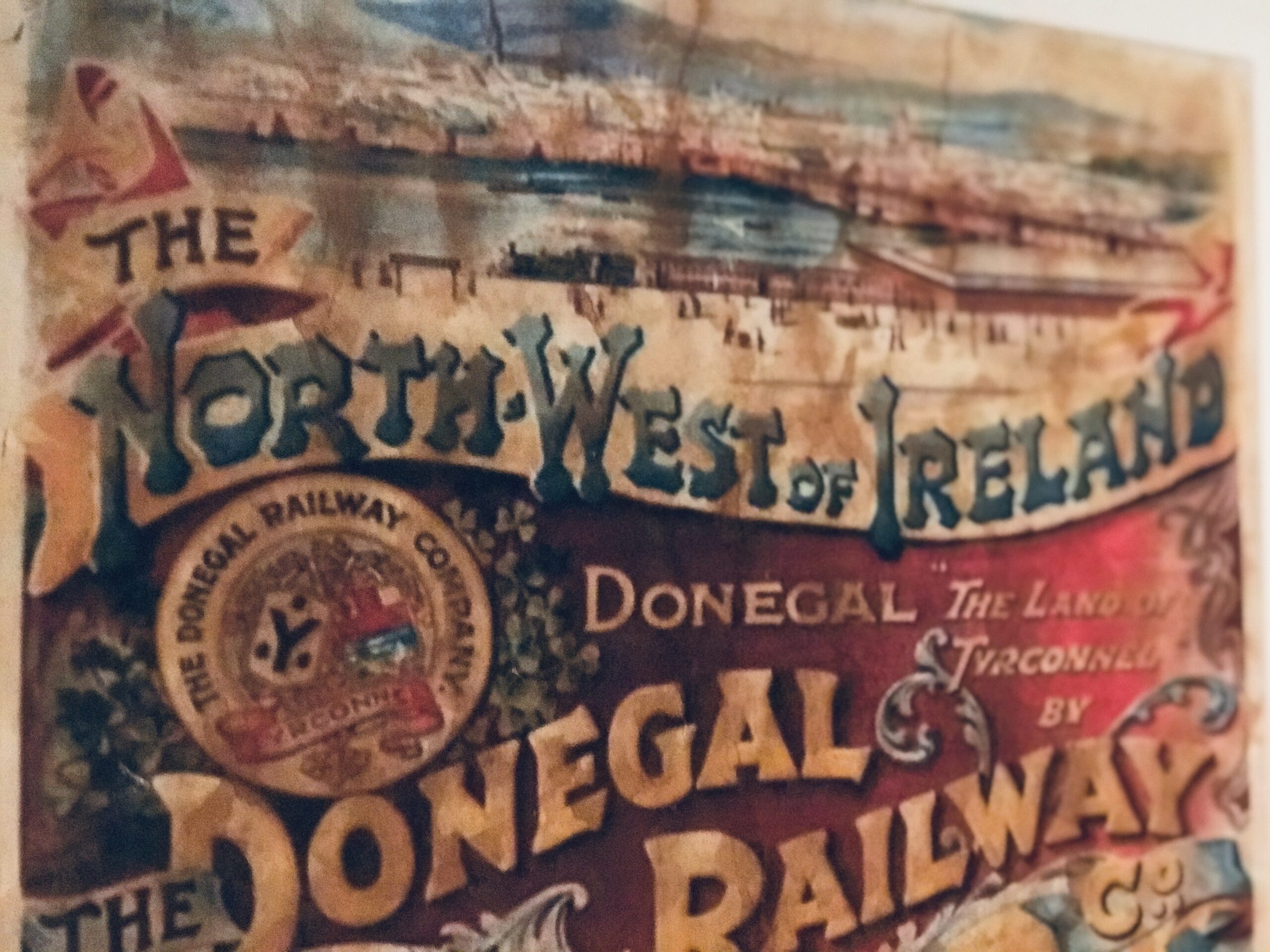 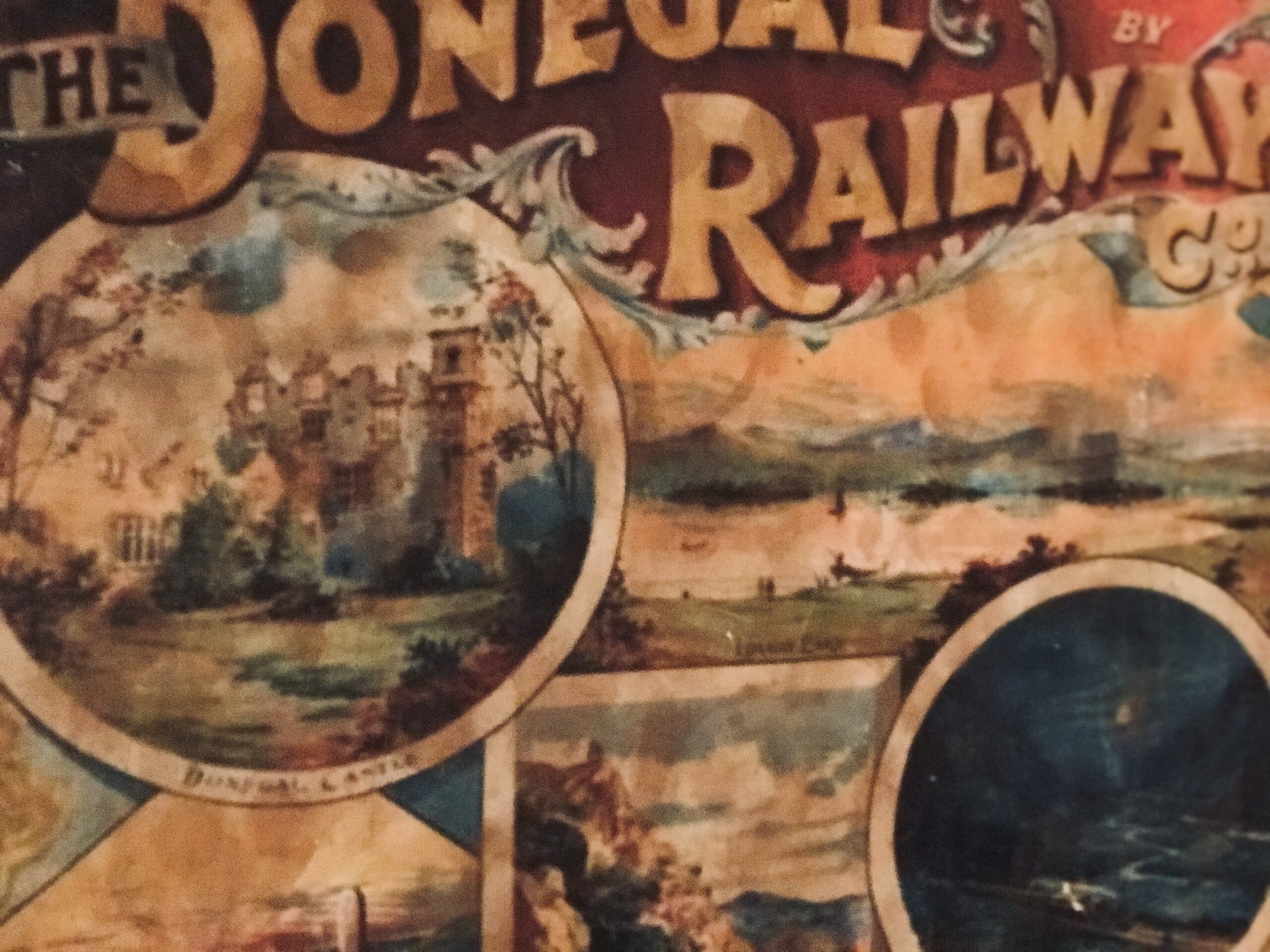 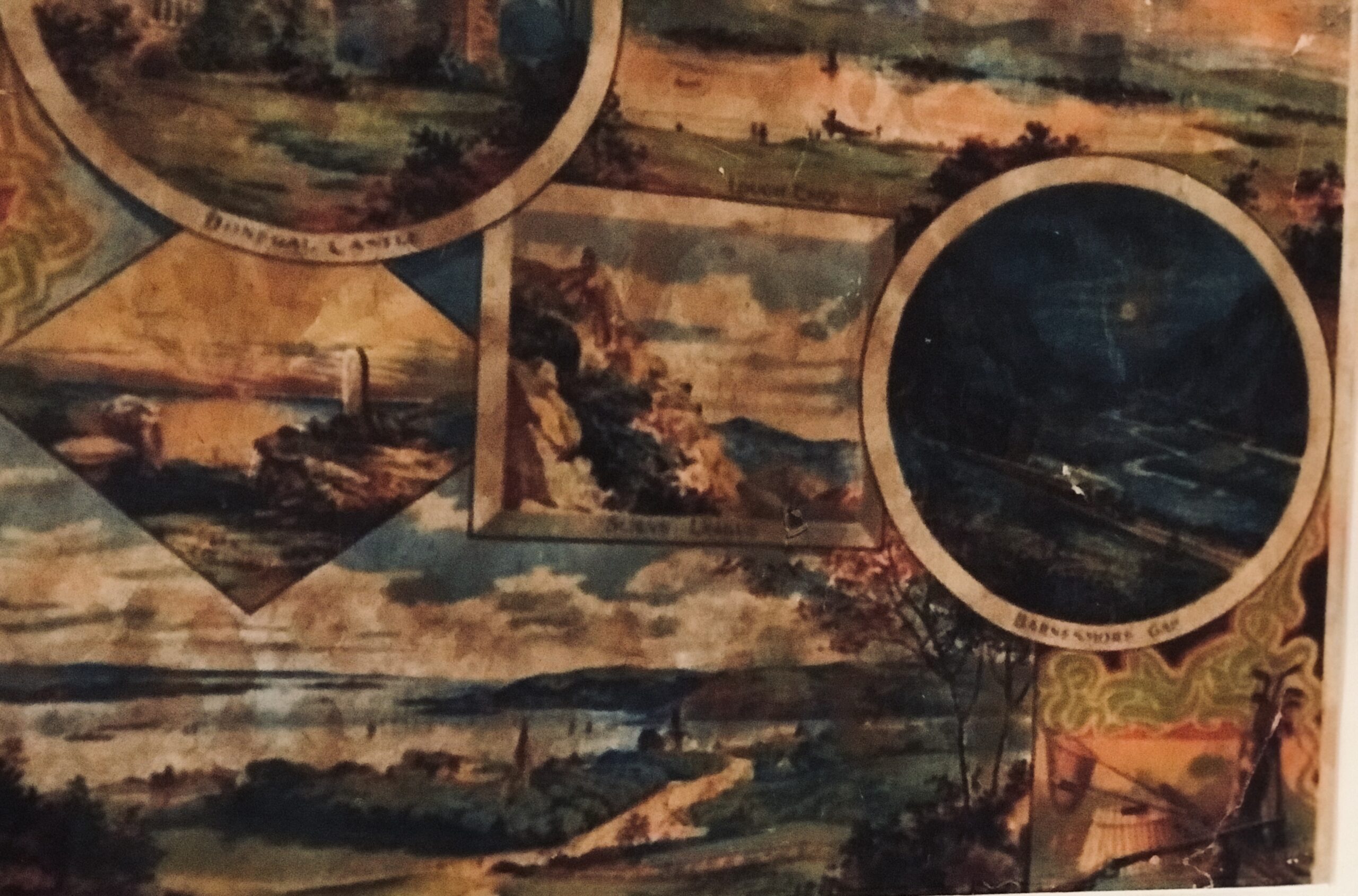