Beautiful print of the original oil by the fascinating Irish artist Letitia Hamilton.This particular painting depicts the Co Wicklow Hunt Point to Point held at  Tinahely in the south of the county

The last time the Olympic Games were held in London was in 1948, when they were known as the ‘Austerity Games’ because of the lean years after World War II. Ireland won one Olympic medal at those games, and amazingly it was not for a sporting feat, but for a discipline no longer regarded as an Olympic competition – art. The one Irish medal-winner was Dunboyne woman Letitia Hamilton, for her painting of a scene at the Meath Hunt Point-to-Point races. What was even more extraordinary was that the painting of horses was not regarded as Hamilton’s forte – she was better known for her landscapes, many of which are today part of the Hugh Lane Gallery Collection in Dublin, with other appearing regularly at valuable art auctions. Recently, Ann Hamilton, widow of Letitia’s nephew, Major Charles Hamilton of Dunboyne, attended a special celebratory dinner held at Farmleigh House for members of the 1948 Irish Olympic team, where she met many surviving members of their families. The 1948 Games was the last that featured the painting and art category. Letitia Hamilton’s winning work was inspired by a country pursuit that was close to her heart. However, the whereabouts of that painting is unknown today. It is believed it may be in private ownership in the United States. Hamilton was one of a family of 10 of Charles Robert Hamilton and Louise Brooke and was known within the family as May. She was born in 1878 at Hamwood, which had been built a century earlier by another Charles Hamilton. Her family had an interesting artistic heritage. Her great-grandmother, Caroline Hamilton, was a professional artist and a distant cousin was the watercolour painter, Rose Barton. These examples may have encouraged her to regard art as a career and may also have inspired her sister, Eva, also an artist. Letitia was educated at Alexandra College, Dublin. Later, she studied at the Metropolitan School of Art where her teacher was Sir William Orpen, the famous Irish portrait painter. She then moved to London and studied with Anne St John Partridge. Afterwards, she went to study in Belgium under Frank Franywayn. In 1924, Letitia travelled to Italy to study with a master in Venice where she spent a year and painted some fine works. She returned to Ireland in 1925. In the years that followed, it was her custom to paint during the summer. During the winter, she worked on the paintings in her studio and in spring she exhibited her work. Her work was exhibited in a number of Dublin Galleries, such as The Dublin Painters’ Gallery and the Royal Hibernian Academy. She also exhibited work in many London Galleries, including the Royal Academy and the French Gallery in Berkeley Square. During World War I, she nursed soldiers injured in the fighting. When her brother was appointed governor of St Patrick’s Hospital in Dublin, and the associated Woodville in Lucan, now St Edmondsbury treatment centre, she lived at Woodville for a period. Ann Hamilton is in possession of a family scrapbook which includes the letter from AA Longden, art director of the XIVth Olympiad, informing Ms Hamilton that she had won third prize, a bronze medal with diploma, in Section II (a) of the Fine Arts Competition. He wrote: “I wish to congratulate you, on behalf of the committee, and to inform you that your medal and diploma have been handed to the chef to mission of your country for transmission to you. Please inform us when this has been received.” The collection also includes a letter from JF Chisholm, the honorary secretary of the Irish Olympic Committee, and the card placed on the piece at the London show, announcing the win. Márin Allen, secretary of the arts section of the OCI , afterwards wrote that “in the painting section, where competition was stiffest and the standard high, Miss Letitia Hamilton, RHA, carried off the Bronze Medal, third place and diploma…..A few weeks ago, at a simple ceremony at the Royal Hibernian Academy in Dublin, Ireland’s victors in the Fine Arts Competitions were presented with their awards by the National Olympic President, Col Eamonn Broy. In an atmosphere of homely friendliness, we talked and looked forward to Helsinki in 1952. On that occasion, Chef de Mission JF Chisholm made a suggestion which might, with advantage, be put into effect: the revival of the Tailteann Games in Ireland.” The 1948 Olympic games in London were the first after a forced 12-year break because of World War II. The surviving members of the Irish team remember politics playing a major role in the Irish delegation as well. There were disagreements over whether the team should be a 26 or 32-county one. Part of the delegation was even sent home such was the level of disagreement. There was also an issue over the banner the Irish team was given to march under at the opening ceremony. The organisers gave the Irish team a banner with the word ‘Eire’ on it. The team manager refused to march under this banner, saying the country was called ‘Ireland’ and he wanted a banner to reflect this. With just minutes to go, the team capitulated and marched under the Eire banner because of the large number of Irish sports fans in Wembley stadium who had come to see them march in the opening parade. Also in London in 1948, in the literature section, Cavan-born Stanislaus Lynch’s ‘Echoes of the Hunting Horn’ received a diploma. Mr Lynch lived at Tara in latter years and is buried in Skryne. Letitia Hamilton led a very active life until her passing in 1964, continuing to travel abroad. Her sister, Eva, died in 1960, and they are buried in the family burial plot at the Church of Ireland cemetery in Dunboyne. 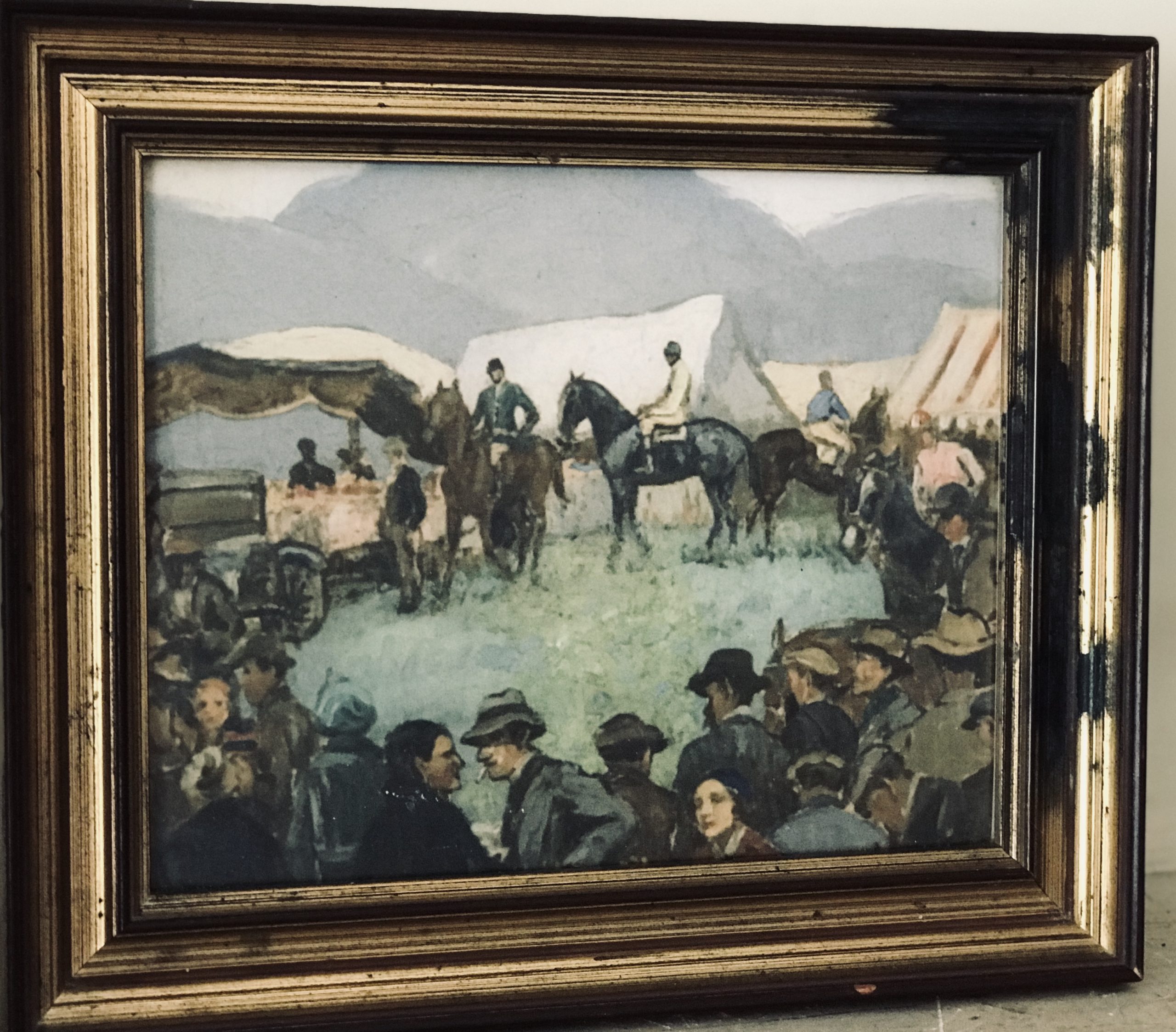 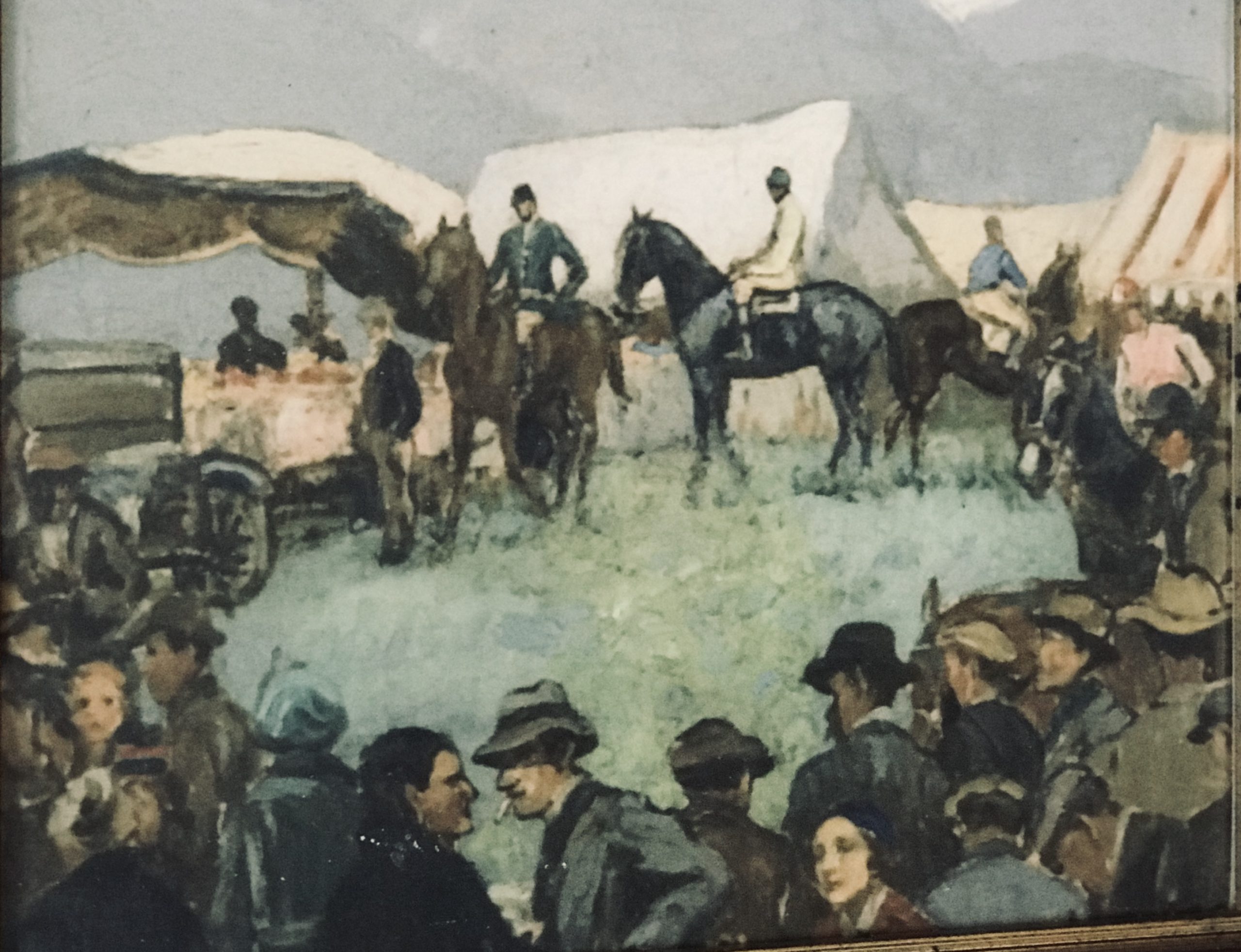 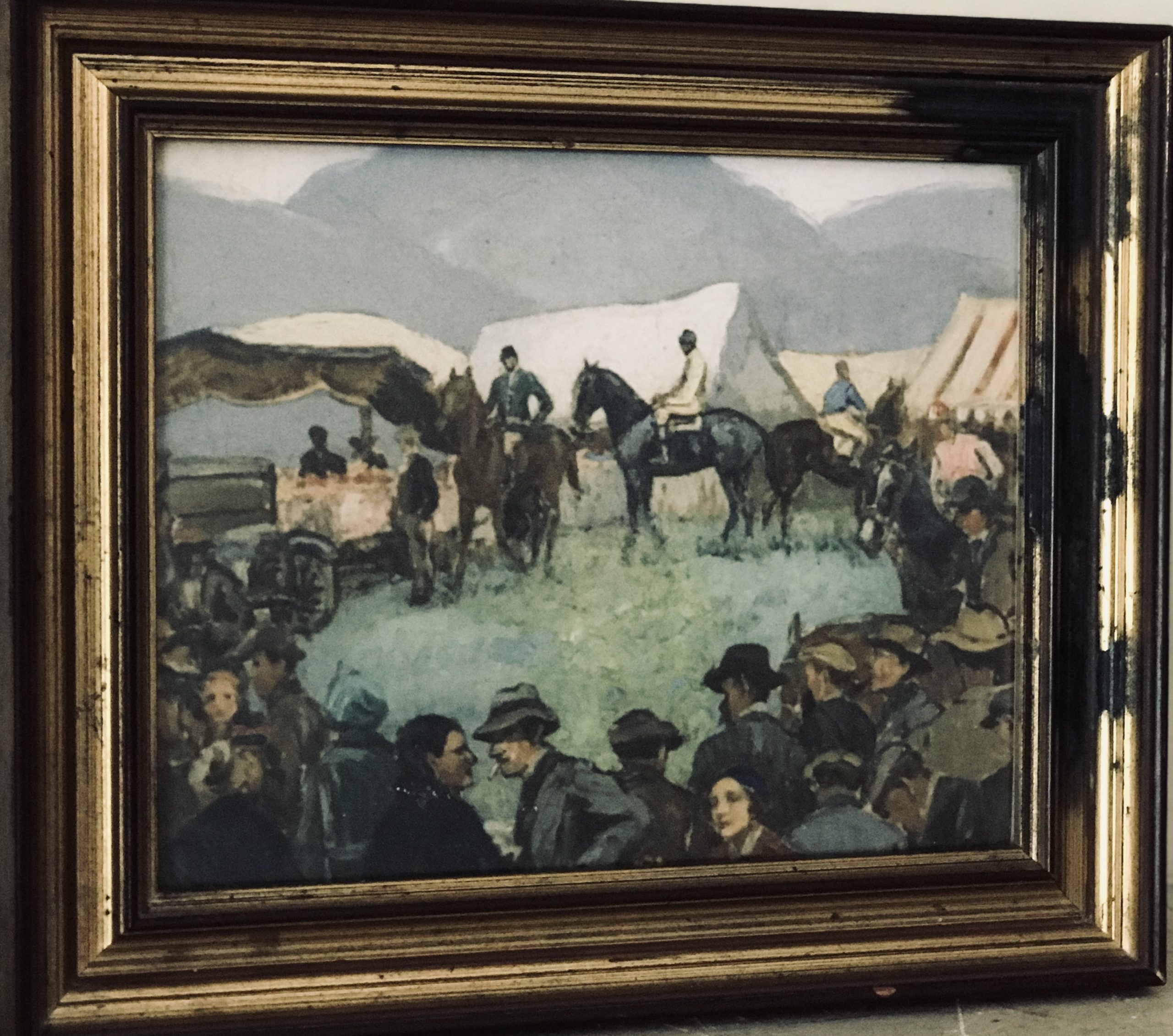 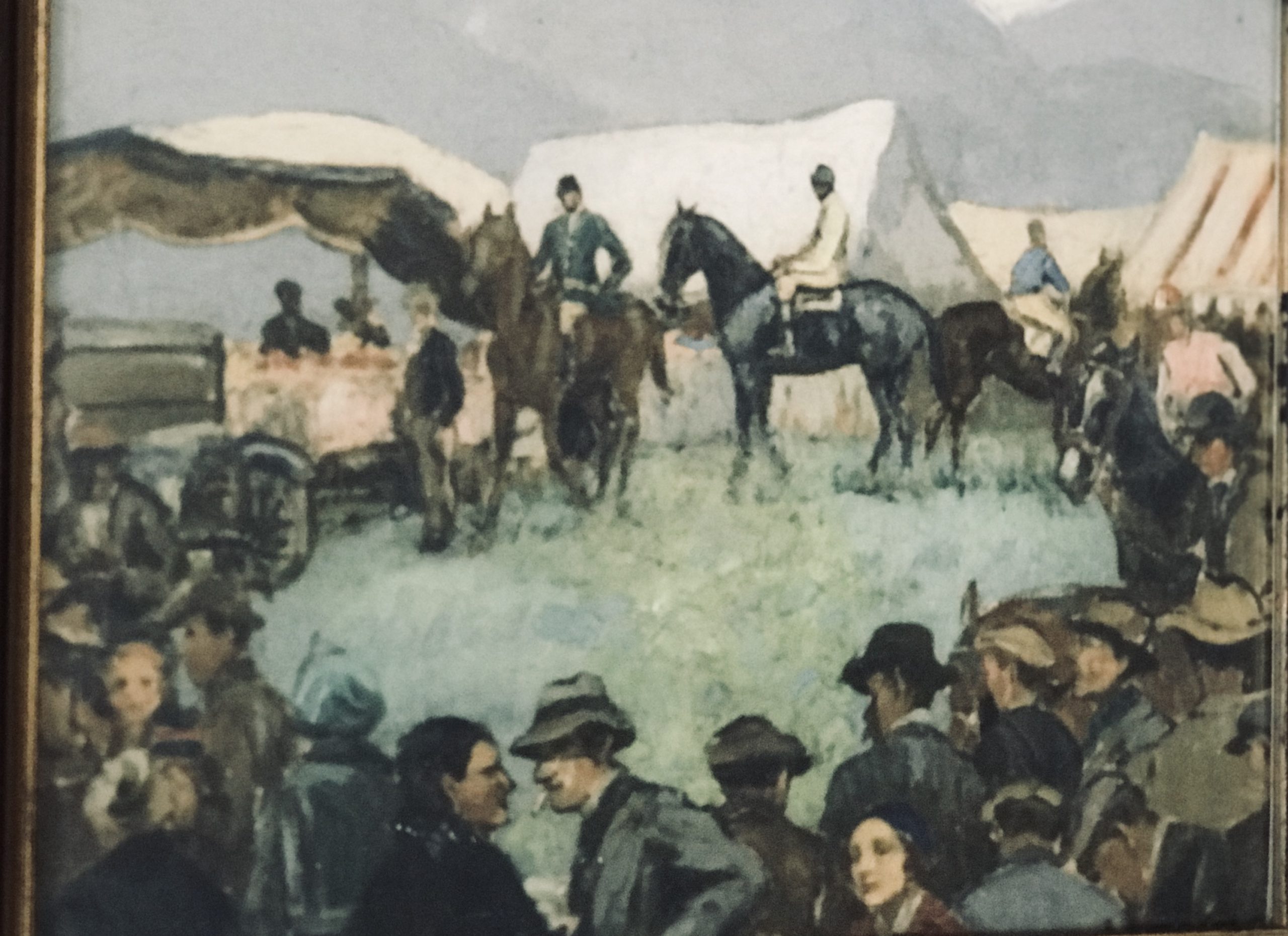