Wooden Jameson Irish Whiskey Show Card pointing the way of the Beer Garden & toilets of a once famous pub in the west of Ireland. 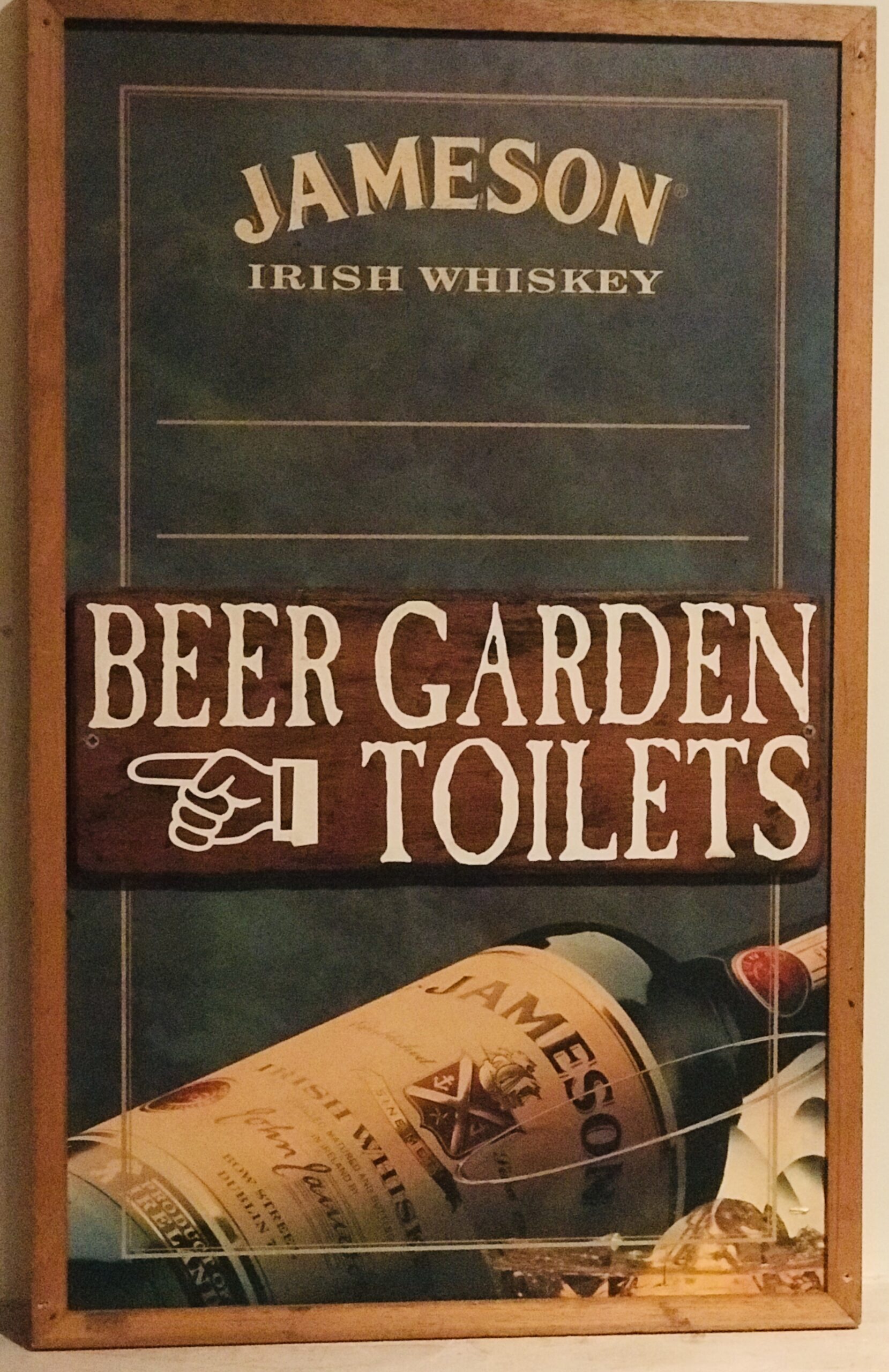 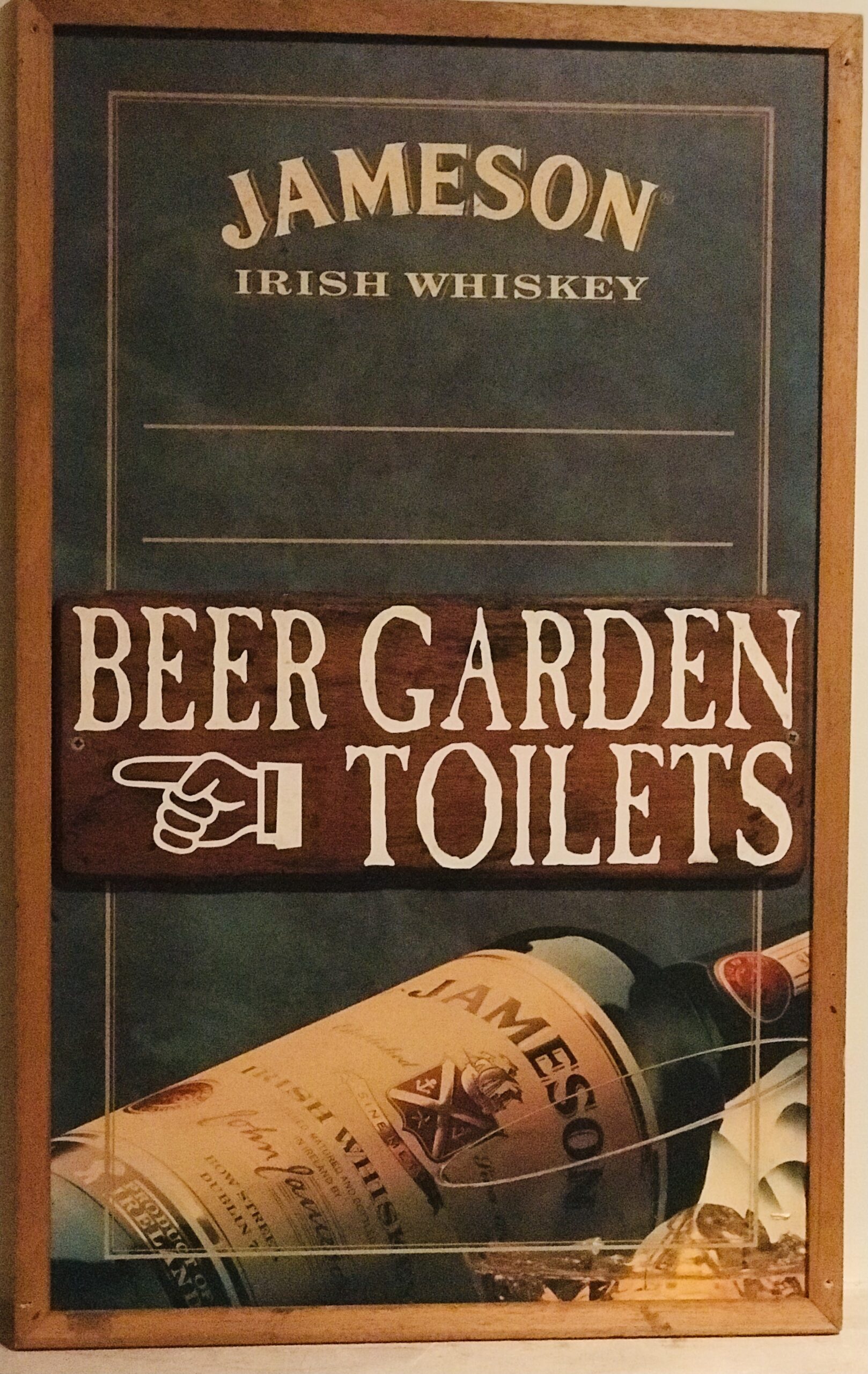 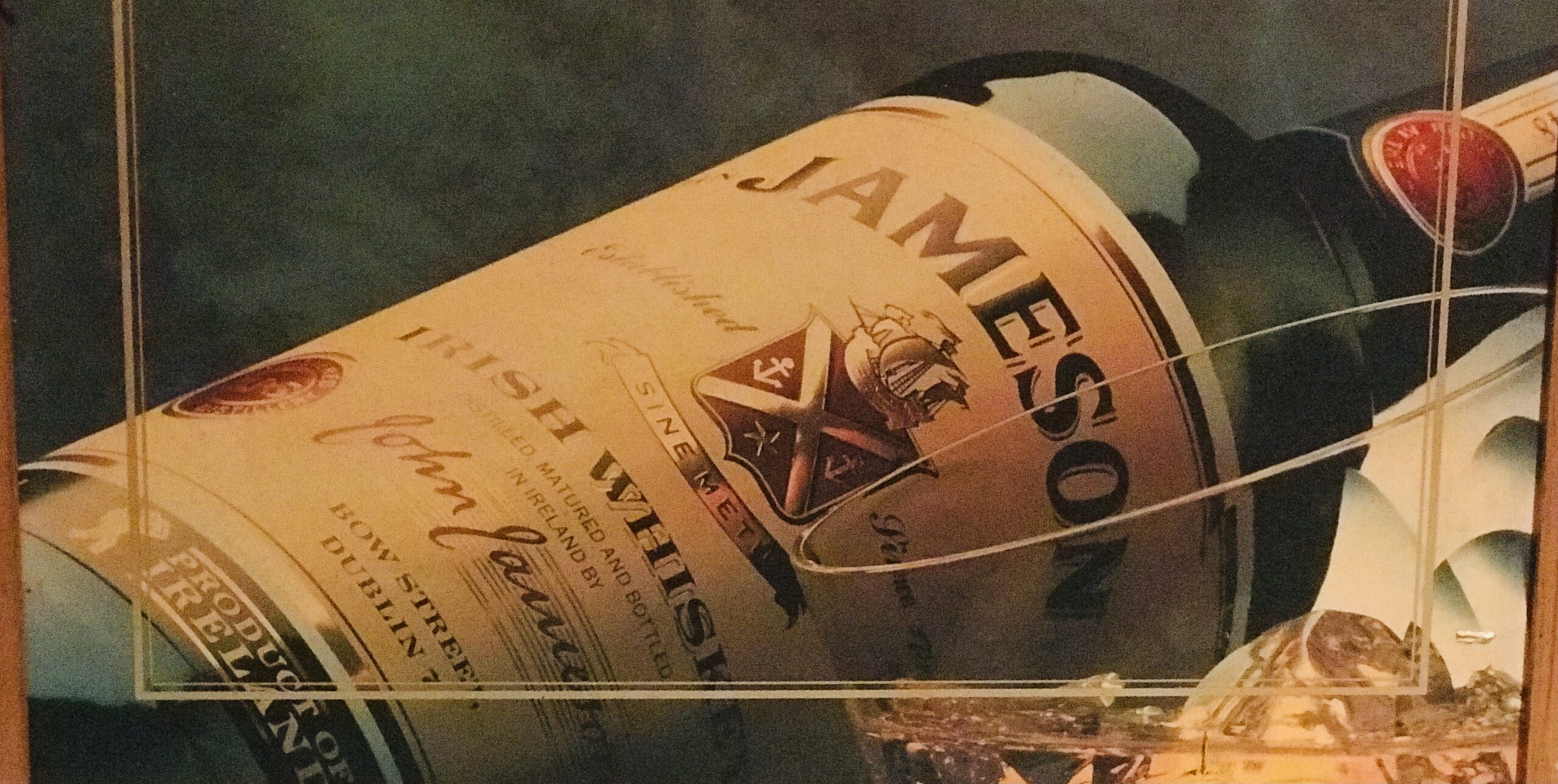