Extraordinary moment captured in time as a seemingly cordial Eamon De Valera & Michael Collins plus Arthur Griffith and Lord Mayor of Dublin Laurence O’Neill enjoying each others company at Croke Park for the April 6, 1919 Irish Republican Prisoners’ Dependents Fund match between Wexford and Tipperary. Staging Gaelic matches for the benefit of the republican prisoners was one of the ways in which the GAA supported the nationalist struggle. How so much would change between those two behemoths of Irish History-Collins and De Valera over the next number of years. 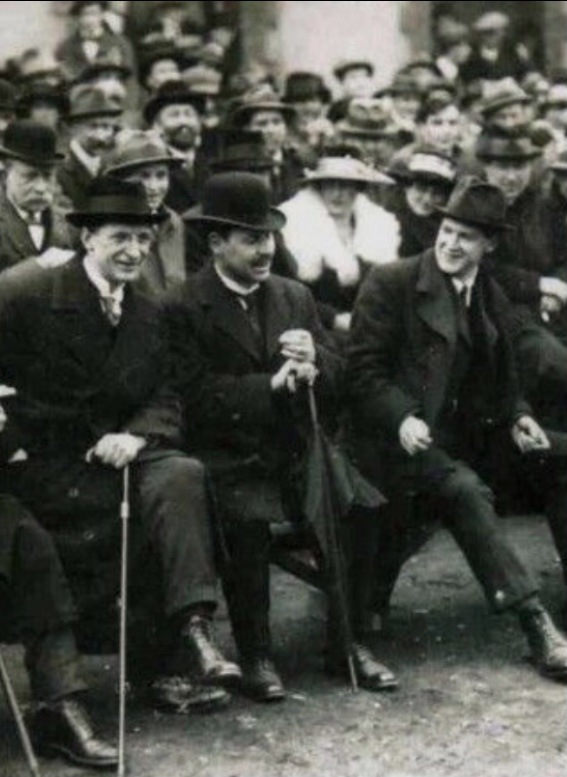 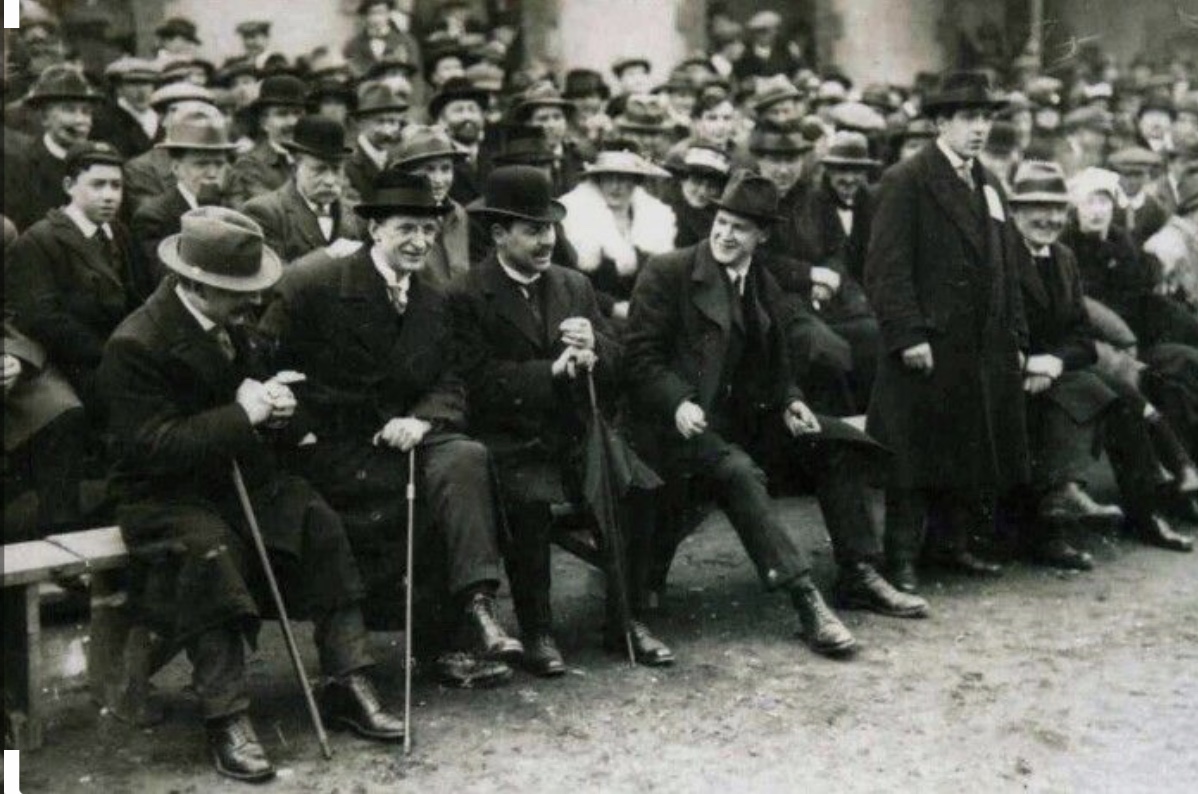