Famous print of painting by Richard Moynan titled “Military Manoeuvres” which now resides in the National Gallery in Dublin.

The Dublin-born painter Richard Moynan was 24 years old at the commencement of his artistic training. He was educated with a view to entering the medical profession and proceeded so far on the course to need only his final examination to qualify, but his artistic instincts proved to be too strong to be resisted, and he abandoned the profession of medicine for that of art, and made it his life long study. (The Irish Times, 11 April 1906, p. 5.)
Moynan entered the Dublin Metropolitan School of Art (DMSA) in January 1880, having initially studied there on a part-time basis. Due to an Act of Parliament passed in 1877 the school came under the control of the Department of Science and Art of South Kensington, which aligned it with the British art education system. The headmaster, Robert Edwin Lyne, was a product of this education as he had received his instruction in the (British) National Training School prior to taking up his appointment in Dublin in 1863.  In the DMSA, Moynan gained the requisite qualifications in ‘Freehand, Geometry, Perspective and Object Drawing, 2nd grade’ (Thoms, 1891, p. 833), which allowed him entry to the Royal Hibernian Academy Schools in 1882. The following July he was awarded the ‘Albert Scholarship for the best picture shown in the Academy by a student’ (Strickland, Vol II, 1913, p. 144). This enabled the artist to continue his studies in Académie Royale des Beaux Arts in Antwerp, moving on to Paris in 1885, where he honed his skills in portraiture at Académie Julian.
Moynan returned to his native Dublin in December 1886 to establish a practice as a portrait painter, but he also pursued his craft in terms of genre scenes, history painting and literary subjects. The painting, Military Manoeuvres (1891), marks a watershed in the artist’s development. It demonstrates his art-making process and provides an insight into his political beliefs. 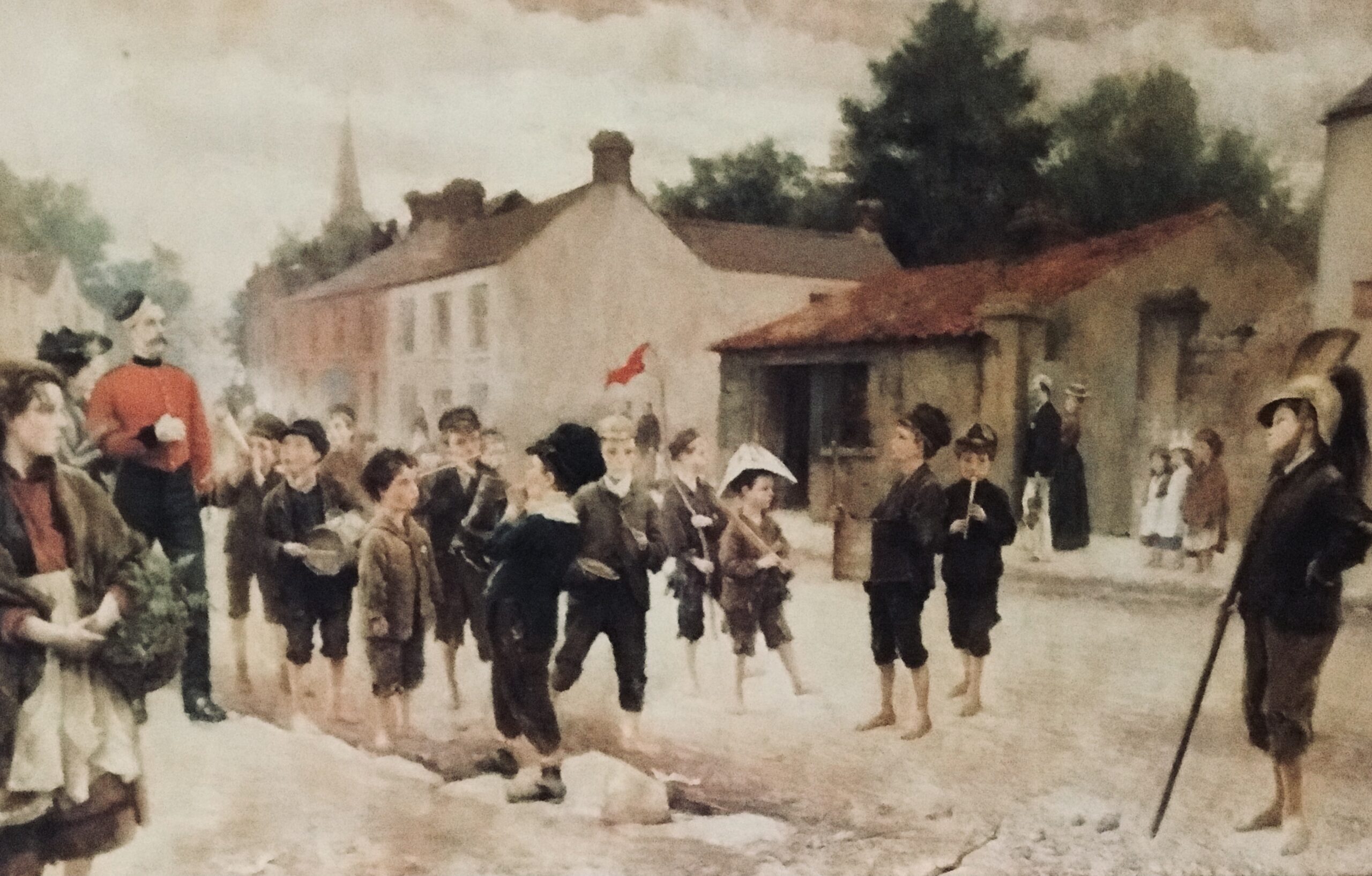 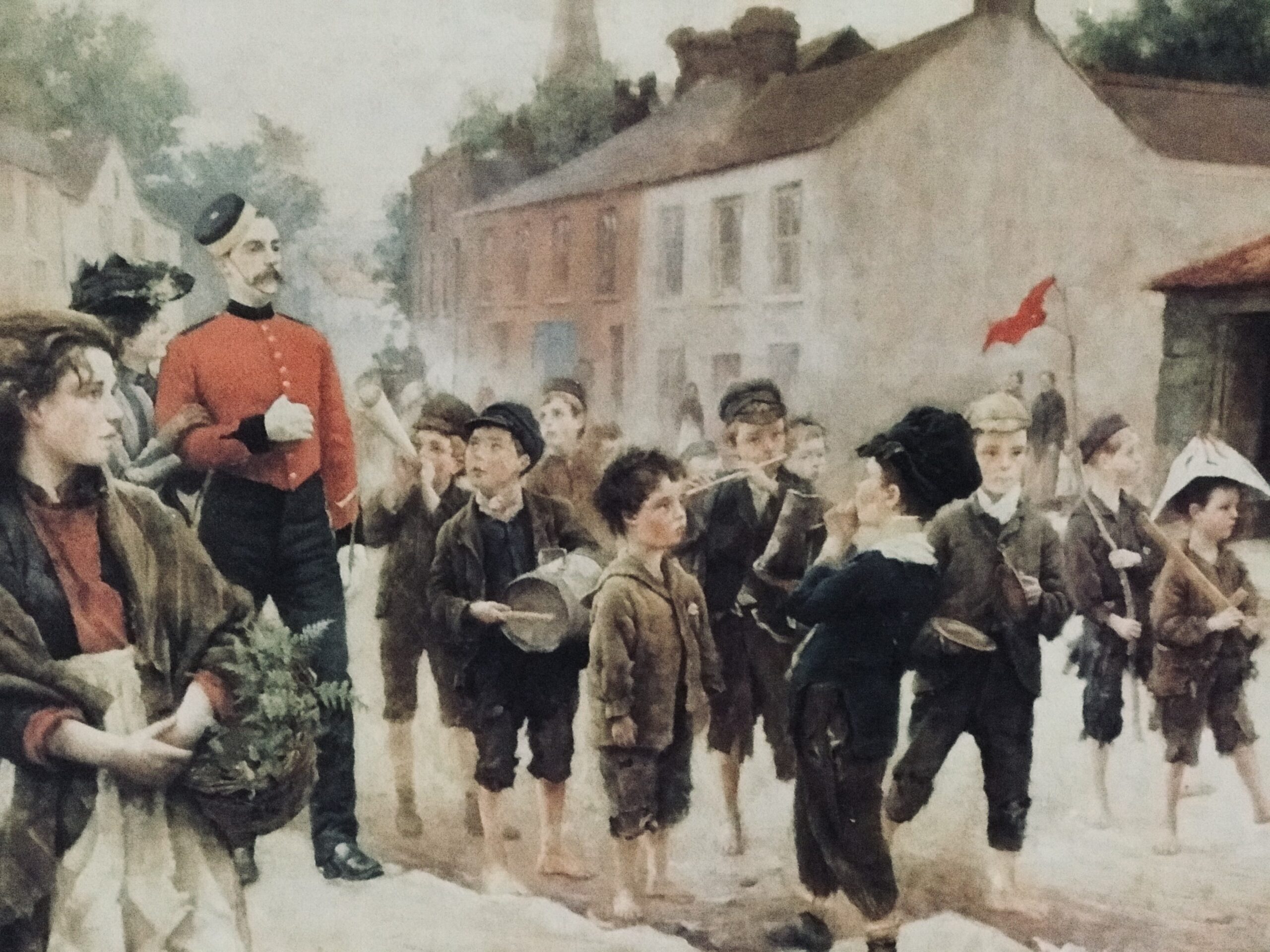 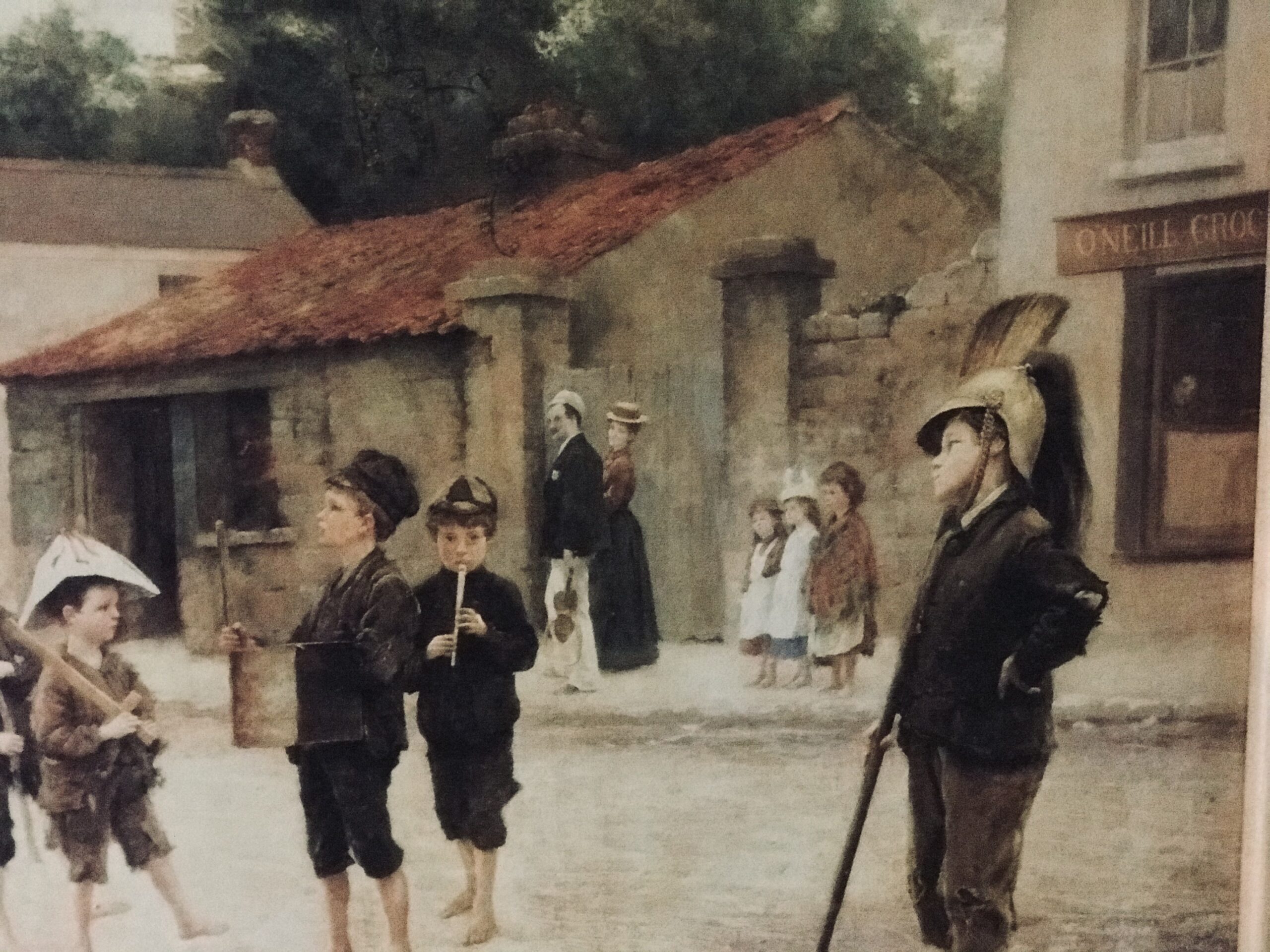 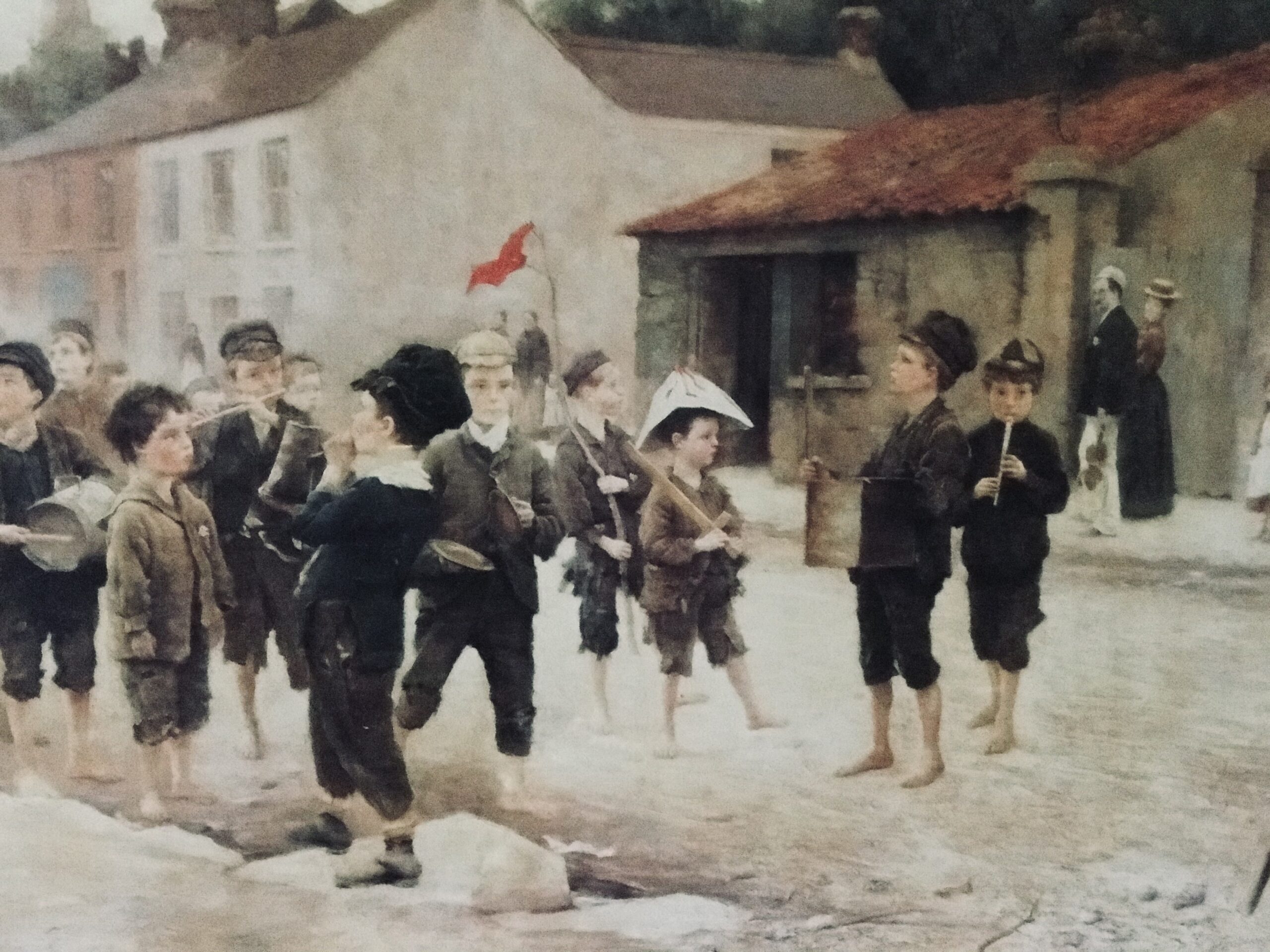 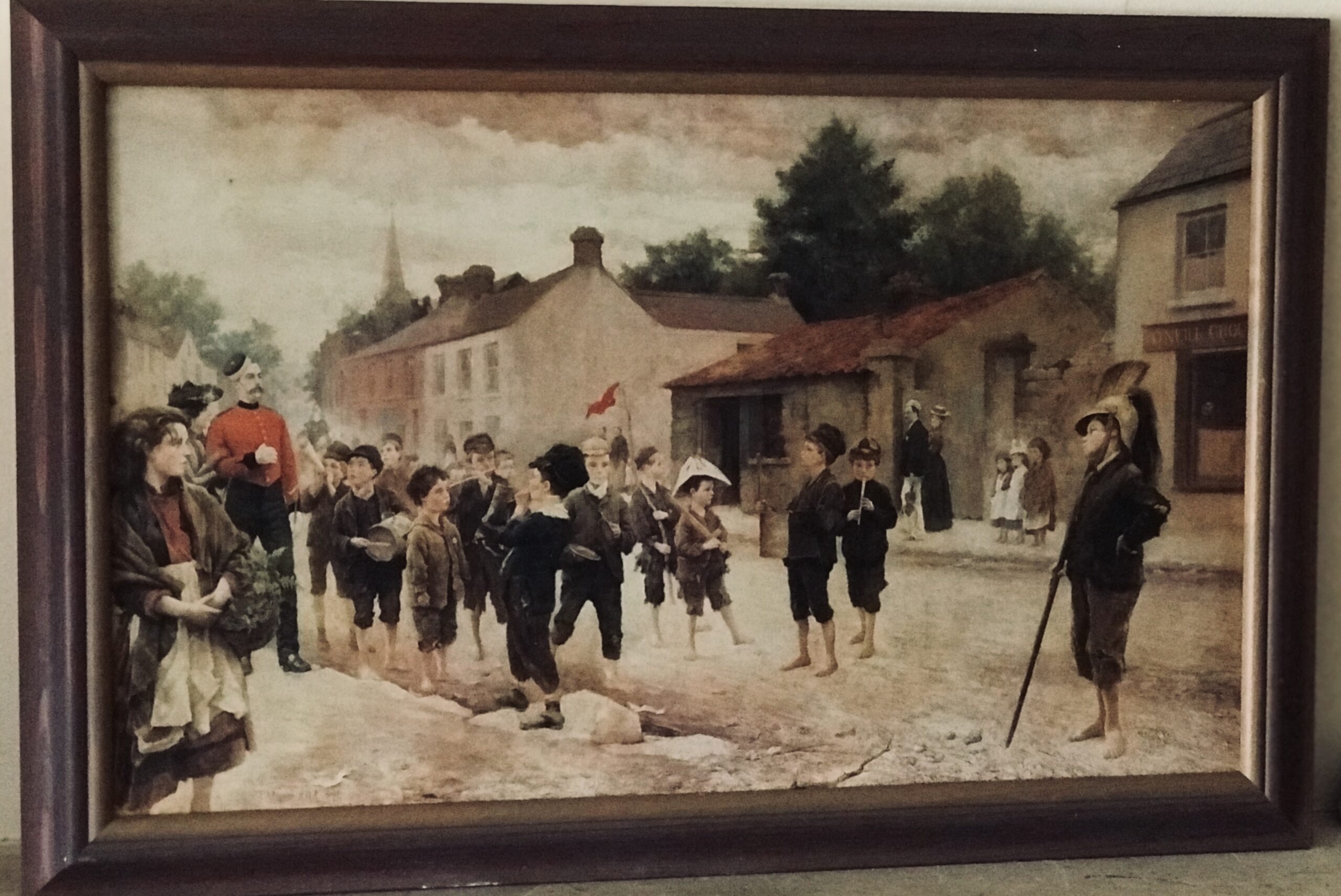