Classic Players Please Navy Cut advertising showcard depicting the great steeplechaser Cottage Rake with regular jockey Aubrey Brabazon on board.The advert states boldly “Cottage Rake,called by many Irish judges the most brilliant chaser ever foaled, won the Cheltenham Gold Cup in a desperate finish in 1948 and then won it again and again.No horse has ever jumped faster and more surely-Quality always leads the field.”

Aside from the ad mens claims and in a generation before the arrival of the great Arkle,theres no doubting the greatness of Cottage Rake. His breeder was Richard Vaughan from Hunting Hall, Castletown Roche, Co. Cork, Ireland. Before he embarked on his jumping career, he was failed by a vet on three different examinations. On the last of these occasions, the vet was overheard by young trainer Vincent O’Brien saying that the horse’s wind infirmity would not interfere with his racing performance. O’Brien contacted wool merchant Frank Vickerman who bought the horse to be trained by O’Brien. Cottage Rake ultimately set his trainer on the route to the top of the training ladder by becoming only the second horse to win the Cheltenham Gold Cup three years in a row. He achieved this hat trick from 1948–1950, beating Finnure by ten lengths in the last of these races. His hardest-won triumph had come the previous year when he only got the better of Cool Customer in the final 100 yards. Such was his partnership with jockey Aubrey Brabazon that a verse was composed about their success. Cottage Rake lost his form after his third Cheltenham Gold Cup triumph. He moved over to Gerald Balding‘s stable in England, but the change of scenery did not resurrect his success. 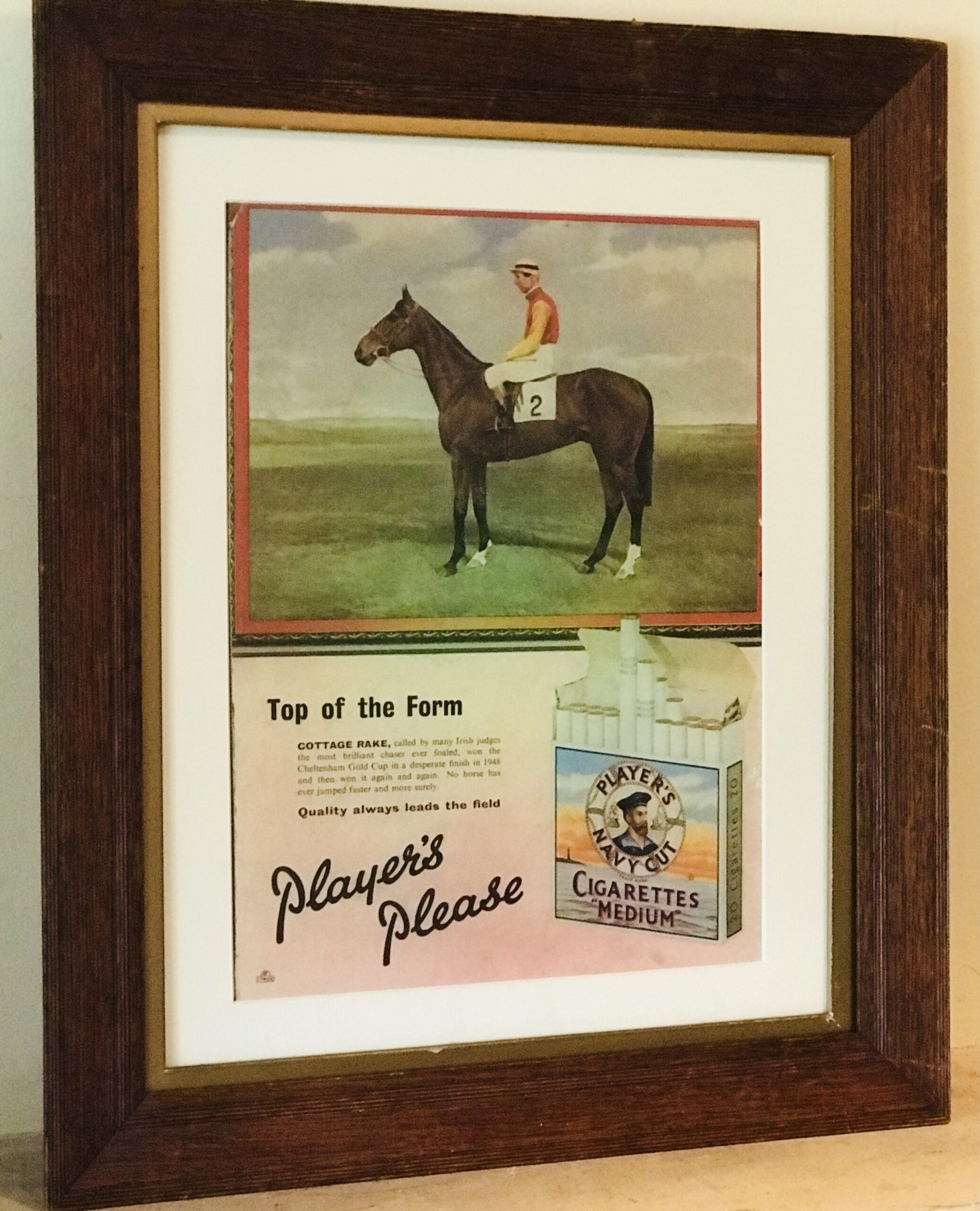 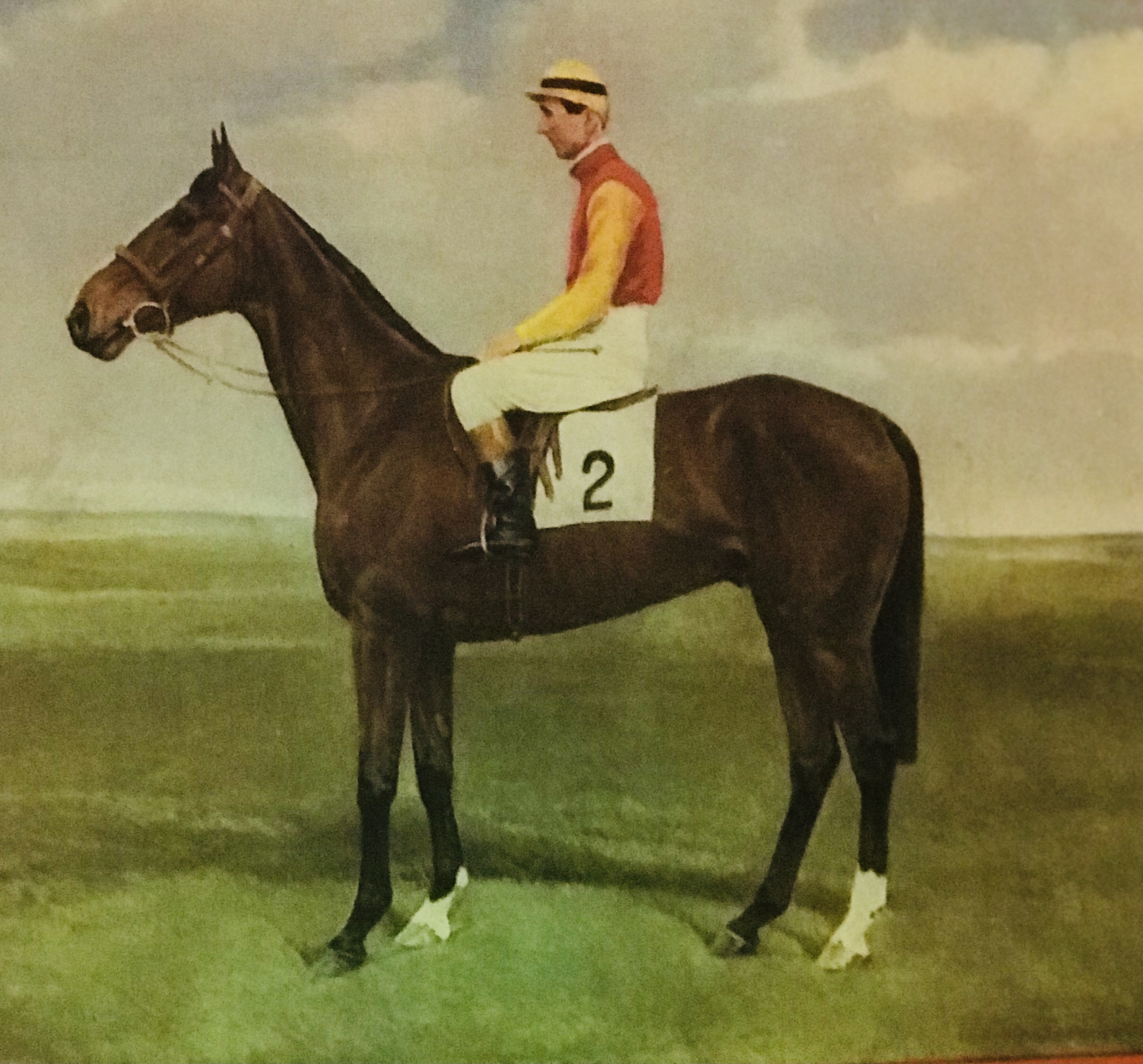 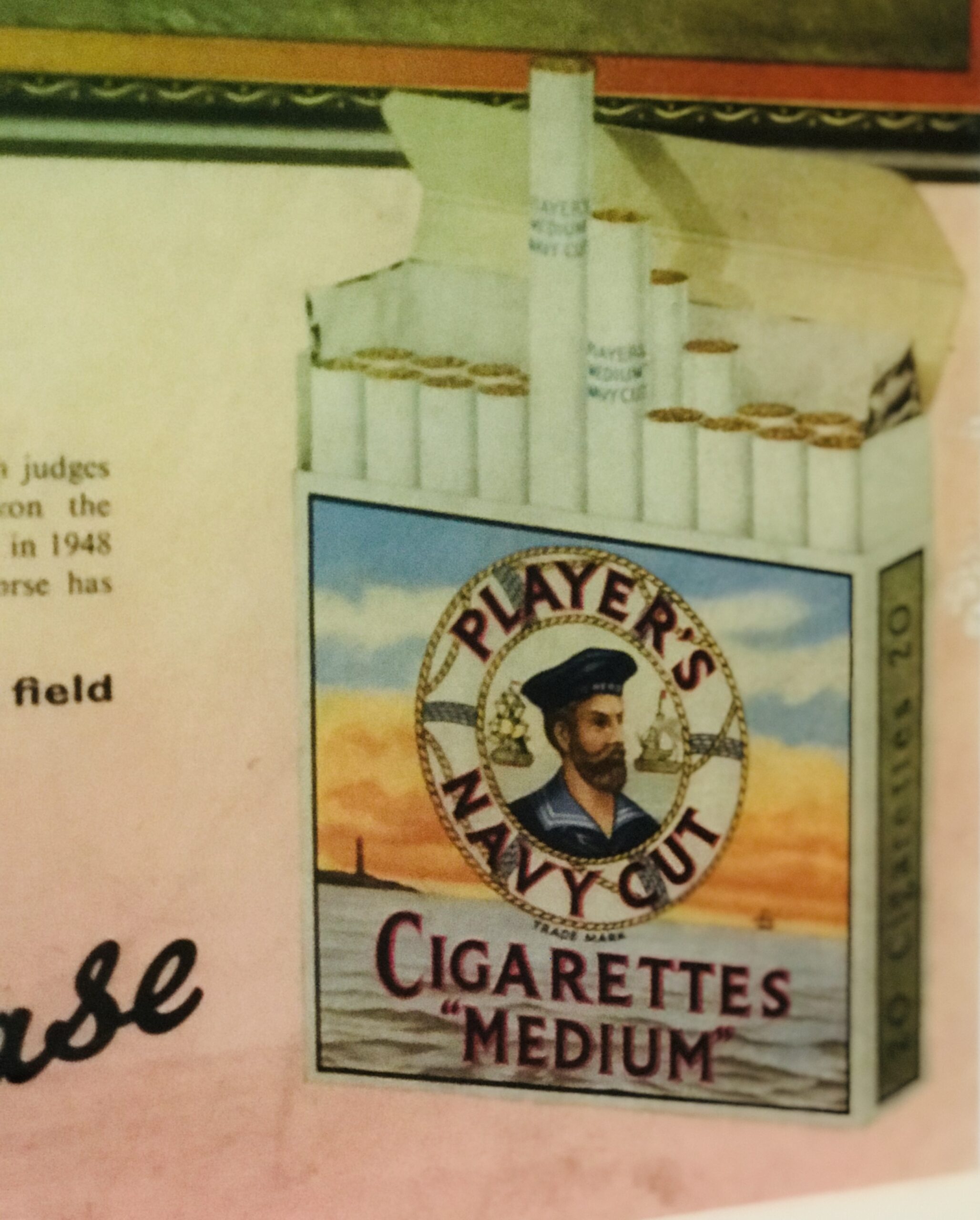 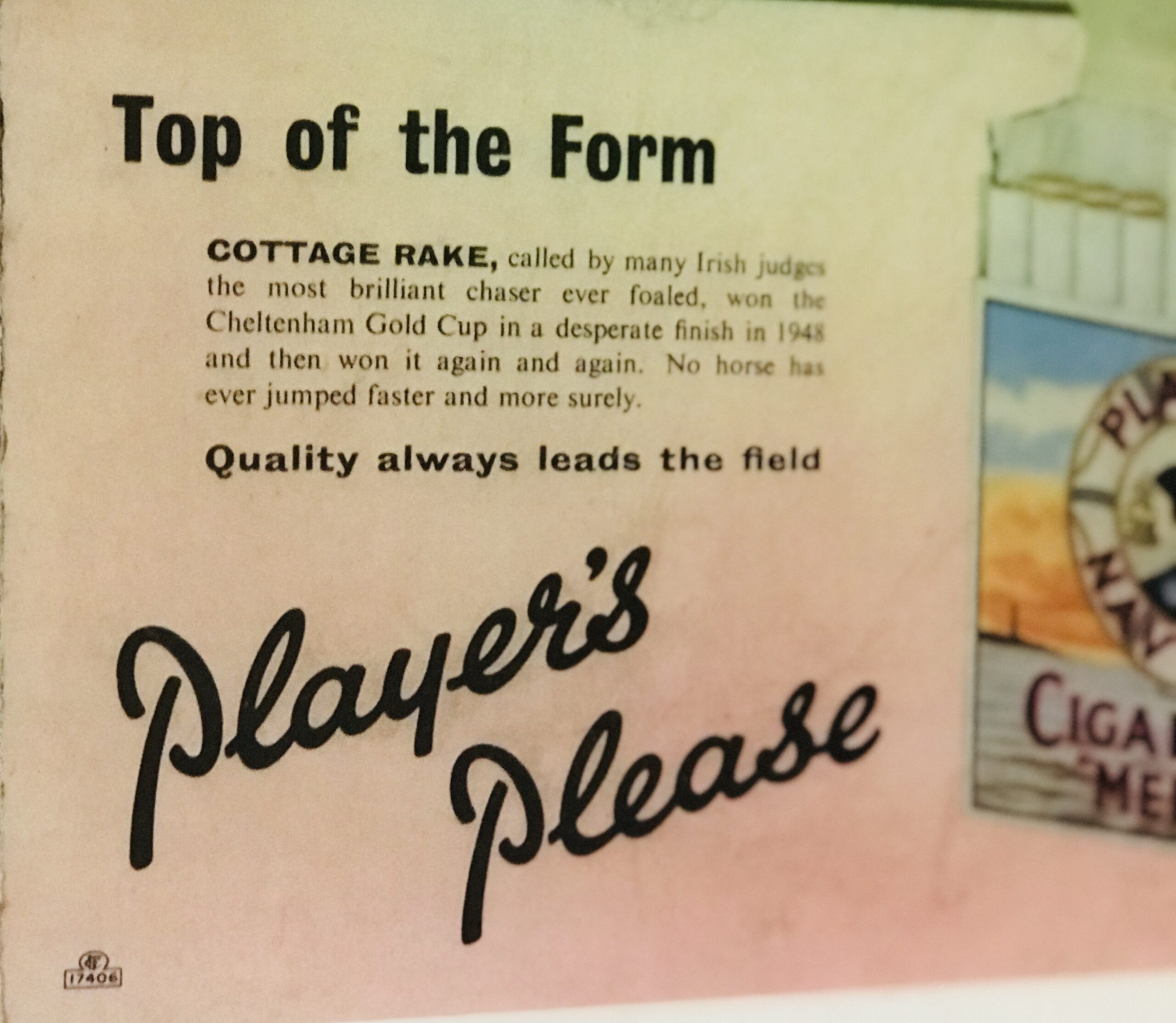 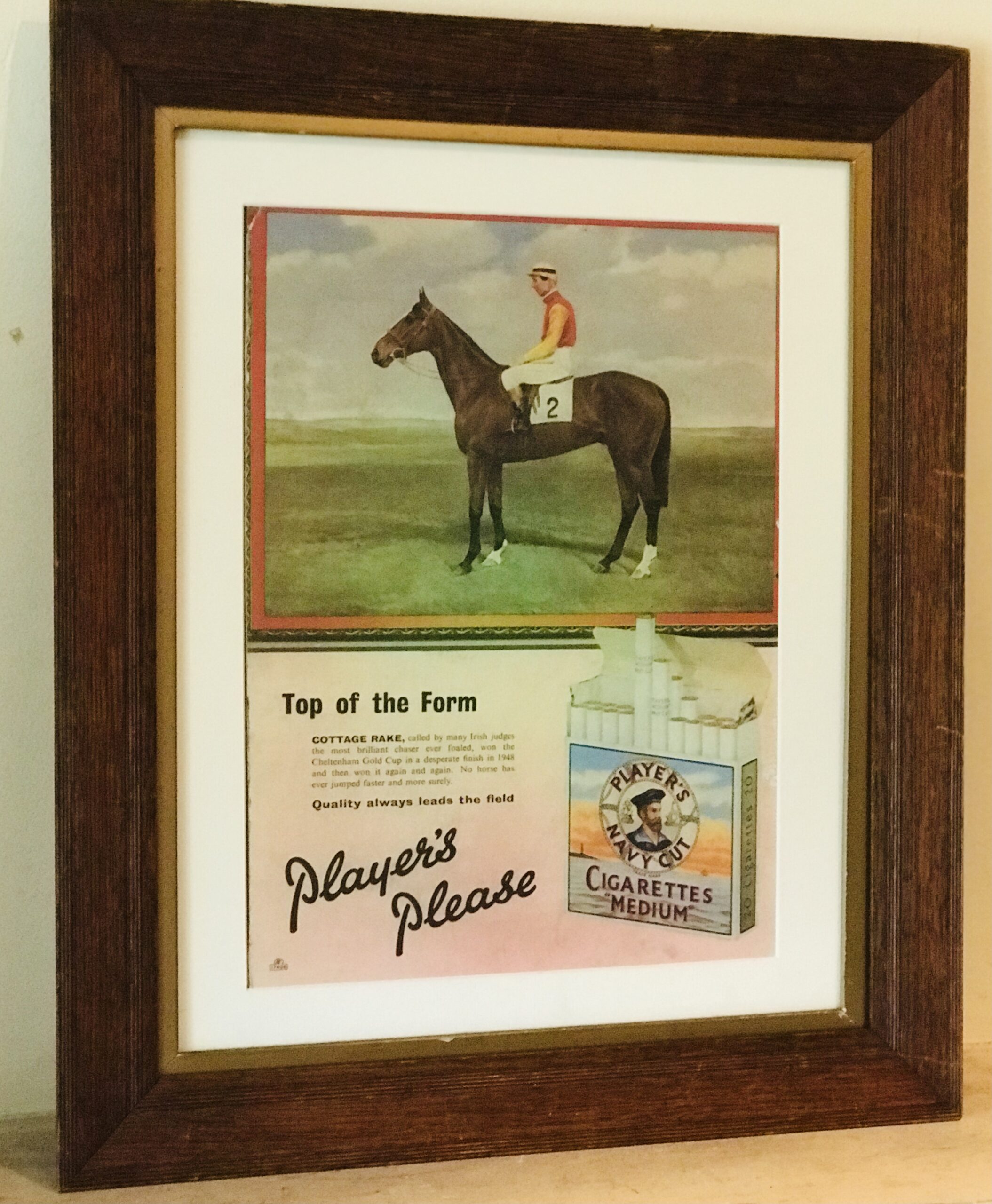