One of the most inglorious,farcical and drawn out sagas in Irish Political History was commonly known as the Beef Tribunal as this witty cartoon depicts.Corruption was endemic at all levels of Irish society at the time and the Beef Tribunal itself illustrated that with a rather  anaemic conclusion offered after a marathon report and hundreds of hours of cross examinations.

Albert Reynolds,Taoiseach at the time  was triumphant when the Beef Tribunal presented its final report in 1994, its 580 pages containing bizarrely benign conclusions about the key players under its scrutiny.“I have been fully and totally vindicated, both personally and as a minister,” he told the Dáil.“My decisions at the time, the report confirms, were taken in the national interest.”However, it was a hollow victory for the then taoiseach as the tribunal had already cost him one government and was about to play a part in the collapse of another. 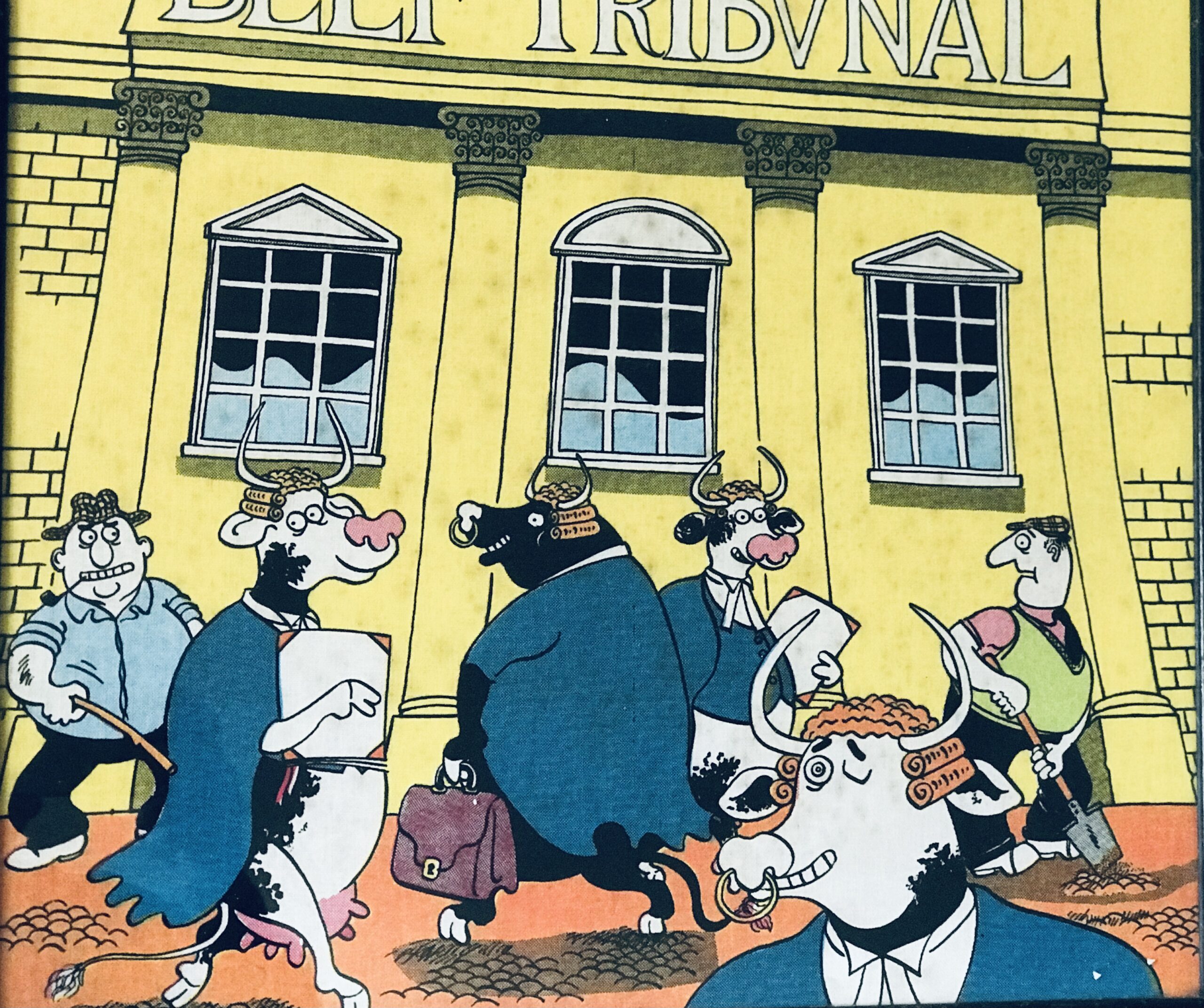 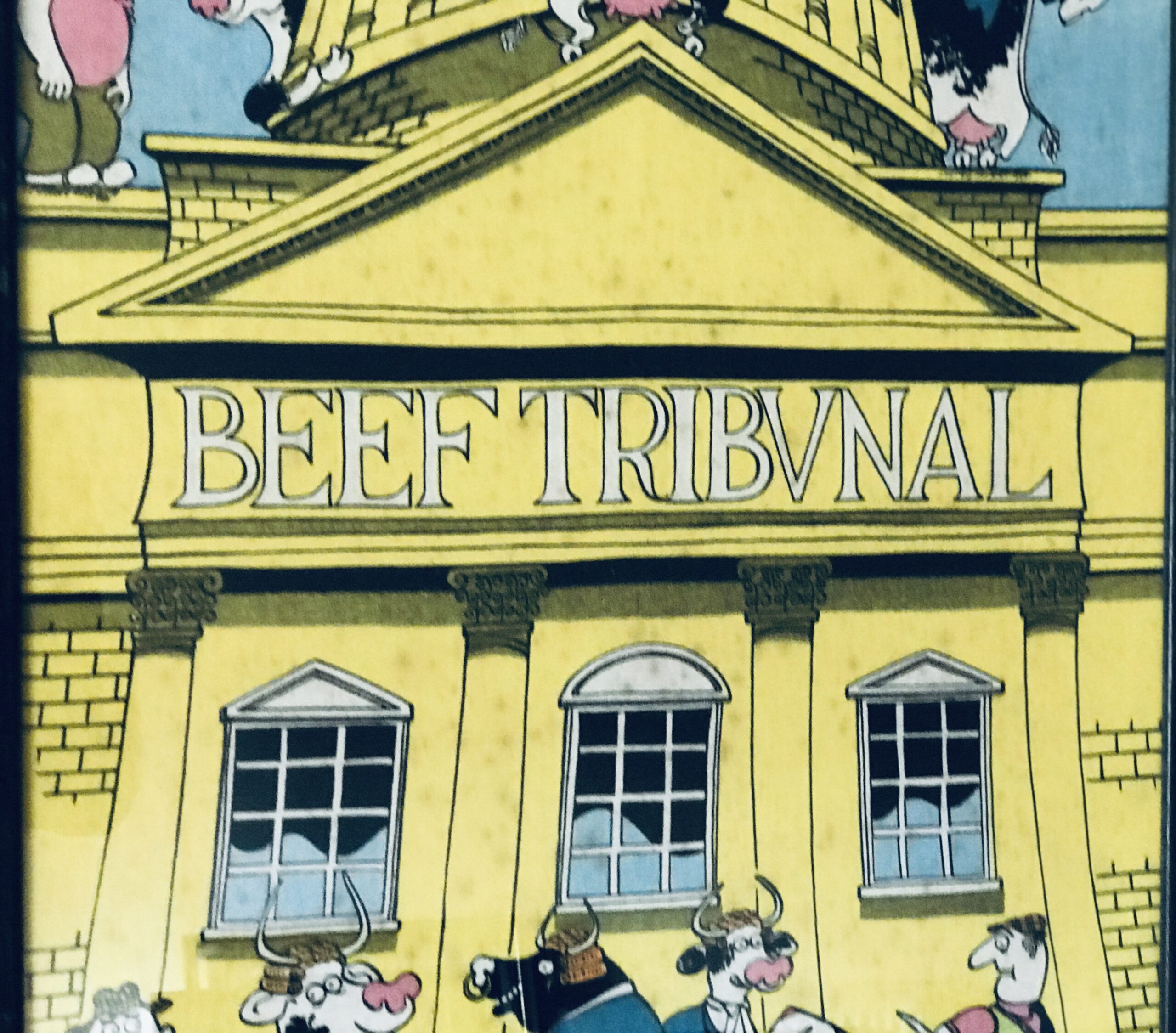 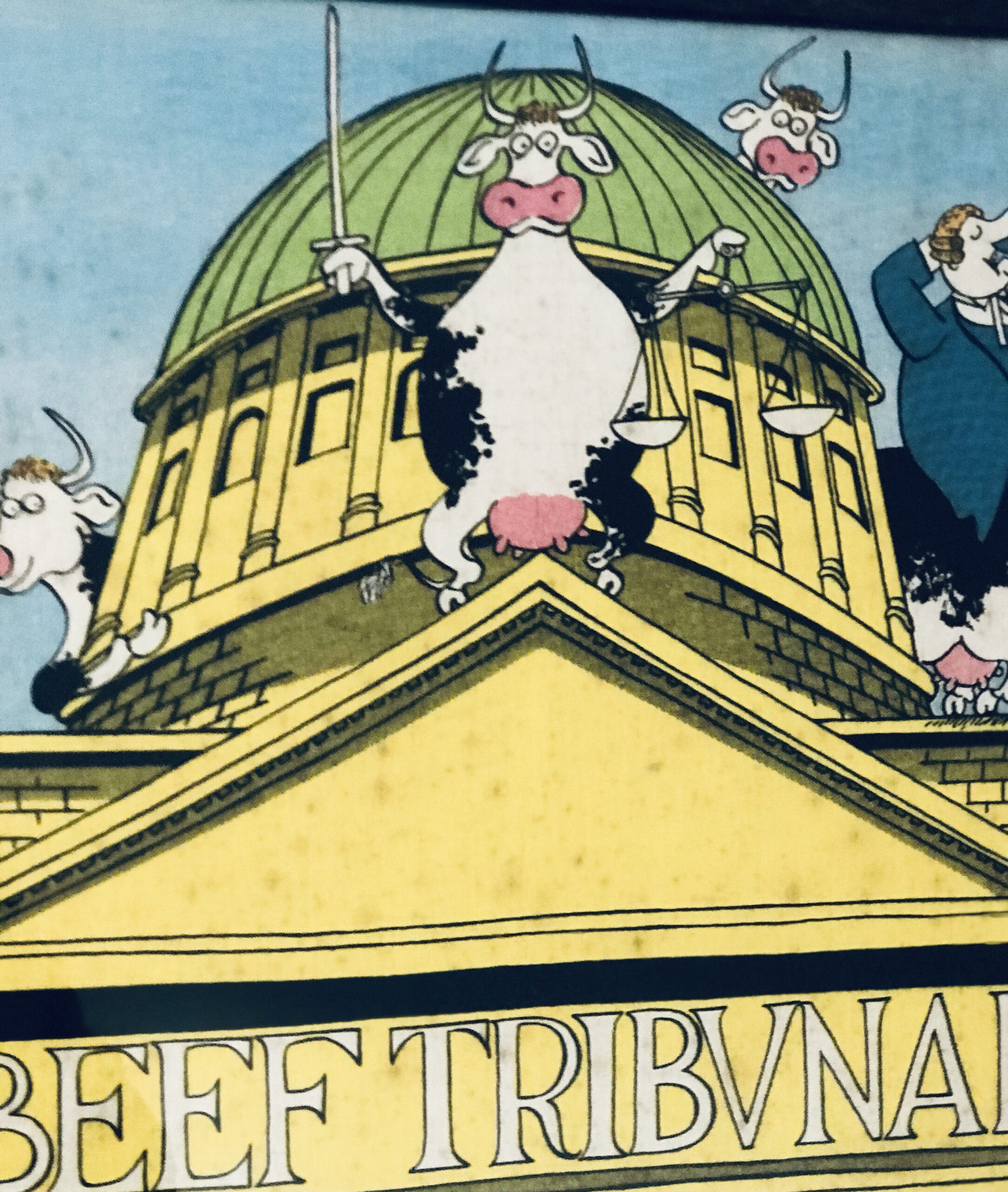 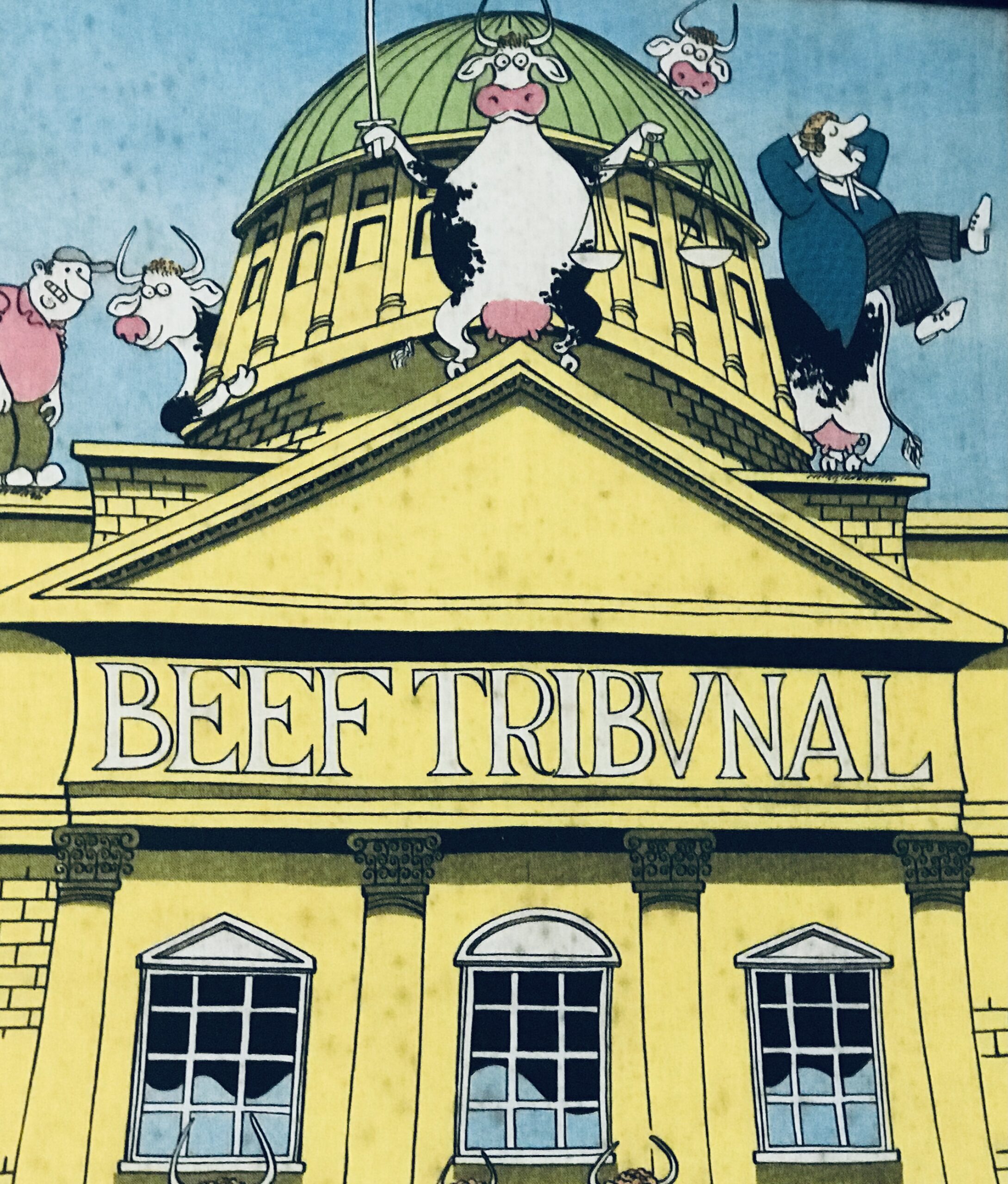 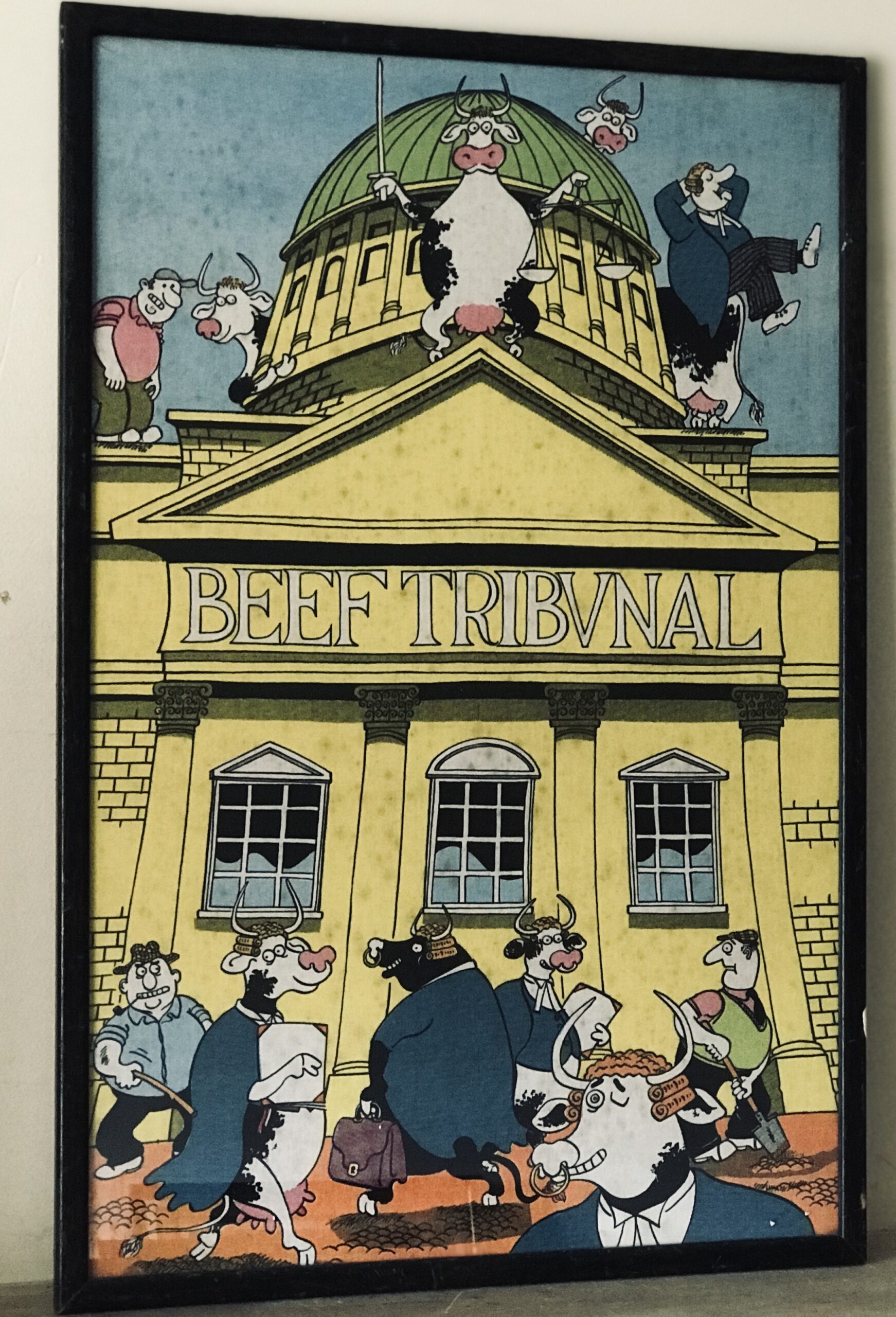 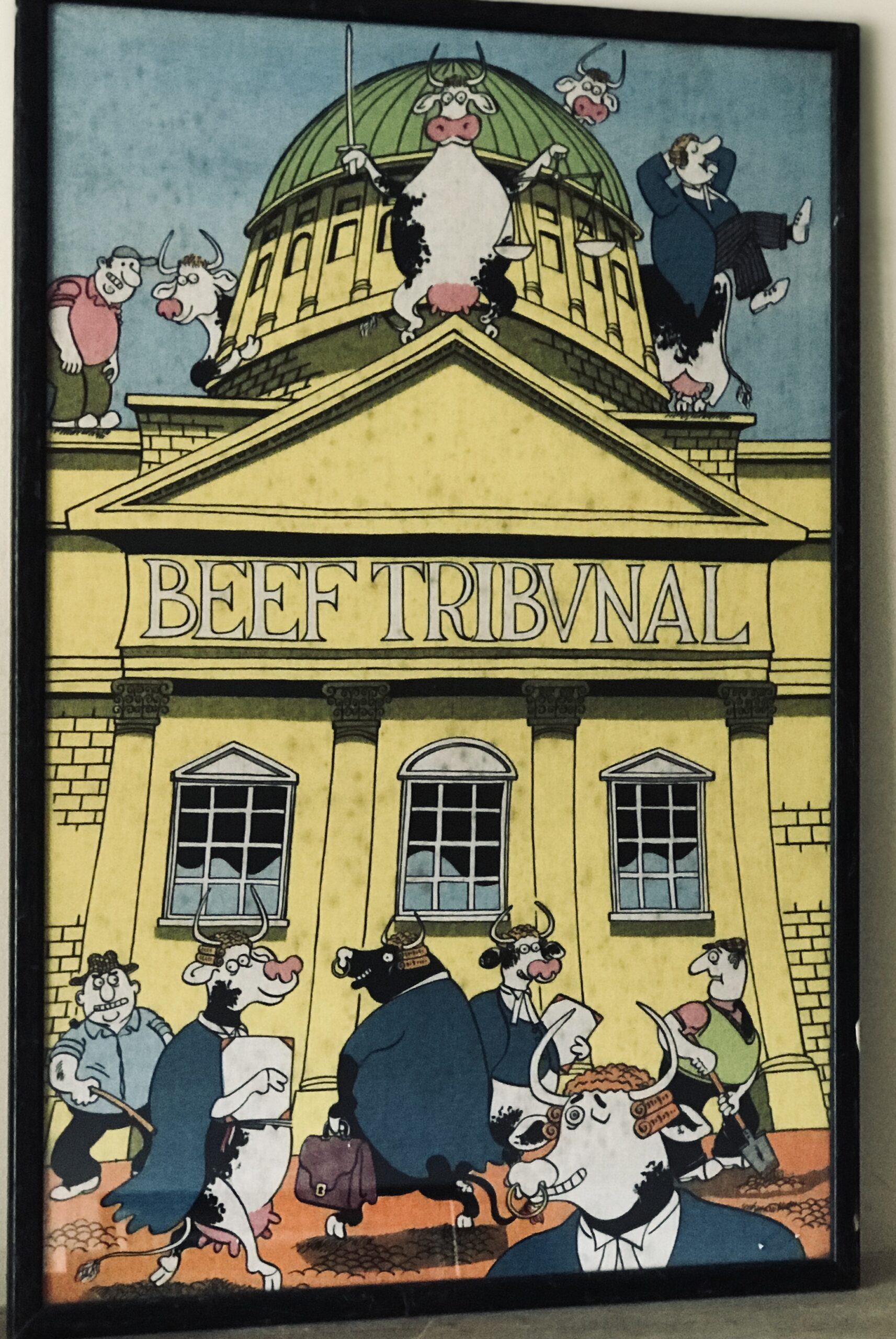