The Bend of the Ash

Not so much the clash of the ash as the bend of the ash in this unbelievable action photograph as Clare and Limerick Hurlers do battle in a challenge game in Sixmilebridge.The art of Hurley making & the raw materials used have not changed a lot since time immemorial as this article demonstrates ;

Cad a dhéanfaimid feasta gan adhmaid, tá deireadh na gcoillte ar lár…” seems an appropriate opening to an article about hurley making, as we speak to Pat Cronin in his workshop overlooking the Comeragh Mountains in Kilcash, Tipperary.  “Over 90% of the timber used in hurley-making now is foreign.  Irish ash is very scarce, although Coillte are working to change this”, explained Pat. “I get most of my timber from Coillte in Dundrum (Tipperary). This comes from Denmark and Sweden”. Although some makers have produced hurleys from 14 year old ash Pat believes this is too soon. “You might only get two or three slabs out of a tree that young. If you left it another five or more years you’d get more than double that. It’d really take up to 25 years to get a decent return.”

Pat’s uncle, Larry Welsh, made hurleys, but Pat didn’t realise this when he started out. “John Joe O’Brien in Cahir taught me. I used to call to him to get a few now and then and it went from there. I started about 25 years ago and gave up working with Eircom to go at it full time five years ago. I’m kept busy throughout the year.”

Brian Dowling’s “Star Hurleys” workshop is in the heart of Kilkenny. Despite the fact that his son Mark is also in the business they’re under constant pressure to meet demand. Brian, who served his time to become a carpenter, has been making hurleys since 1980. His father Ramie was a well known maker, who started in the early 1960’s with Brian’s grandfather Tom Neary.

It probably takes about thirty minutes to make a hurley, if you were to go at it from start to finish. However, neither Pat nor Brian make them in this way. Both use copying machines to rough cut “slabs” three or four at a time. Each then finishes the hurleys by hand, to meet specific requirements. “You get phases of popularity in styles”, explained Pat Cronin, “Because of the O’Connor’s of Cork for instance, big bosses are in favour now. But there’s also a trend towards shorter and lighter sticks. There’s a risk if the hurley is too light it’ll snap more easily. And you don’t get the same distance on a puck out.”

Brian, recently in Italy looking at a replacement for his aging copying machine, only cuts 33 inch sticks and bigger this way. “I do the smaller ones entirely by hand”. The style of hurling has changed over the years and naturally the hurley changes to reflect this. “Demands for particular styles naturally reflect the styles of the successful teams of the time”. Certainly the demand for personalised sticks has grown. Brian, who supplies most of the Kilkenny senior team, explains that most of them have specific demands.

Every hurley maker will advise you differently about how best to look after your stick! wever, you need good quality timber to start with. Pat Cronin suggests that when you get your new hurley you should put it away for a while. “Some people hang them, rather than prop them against a wall, so they won’t warp. There are those who put them in water until they get the right weight. Then they’ll varnish or linseed oil them to keep them at that weight. Like a good wine it should also be stored somewhere cool! You definitely shouldn’t keep them in the kitchen or in the boot of your car, or they will dry out.”

Brian suggests that it’s better to buy the stick unbanded. “You need to allow a bit of time for timber to settle. You might also put five or six coats of linseed oil on, or even drop them into a barrel of linseed oil for a while, to get more penetration. You have to remember that this will add weight ‘though. But whether you oil them or not, you should leave them for a good week or so before banding them. And don’t keep them in the house!”

There is a Hurley Makers Guild, which was formed almost ten years ago when ash became scarce. Makers felt the need to organise themselves to address the problem. There are about fifty active members these days.

Both Pat Cronin and Brian Dowling are curious to see how Jack Carey – brother of the illustrious DJ – gets on with his plan to import finished hurleys from Eastern Europe. This could have quite an impact on what might be regarded as a quintessentially Irish cottage industry. However, time will tell. Just to set up a workshop and kit it out here in Ireland would probably cost about half a million Euro, according to both Pat and Brian. Not a cheap business to get into! Little wonder the notion of foreign manufactured hurleys doesn’t seem that strange… 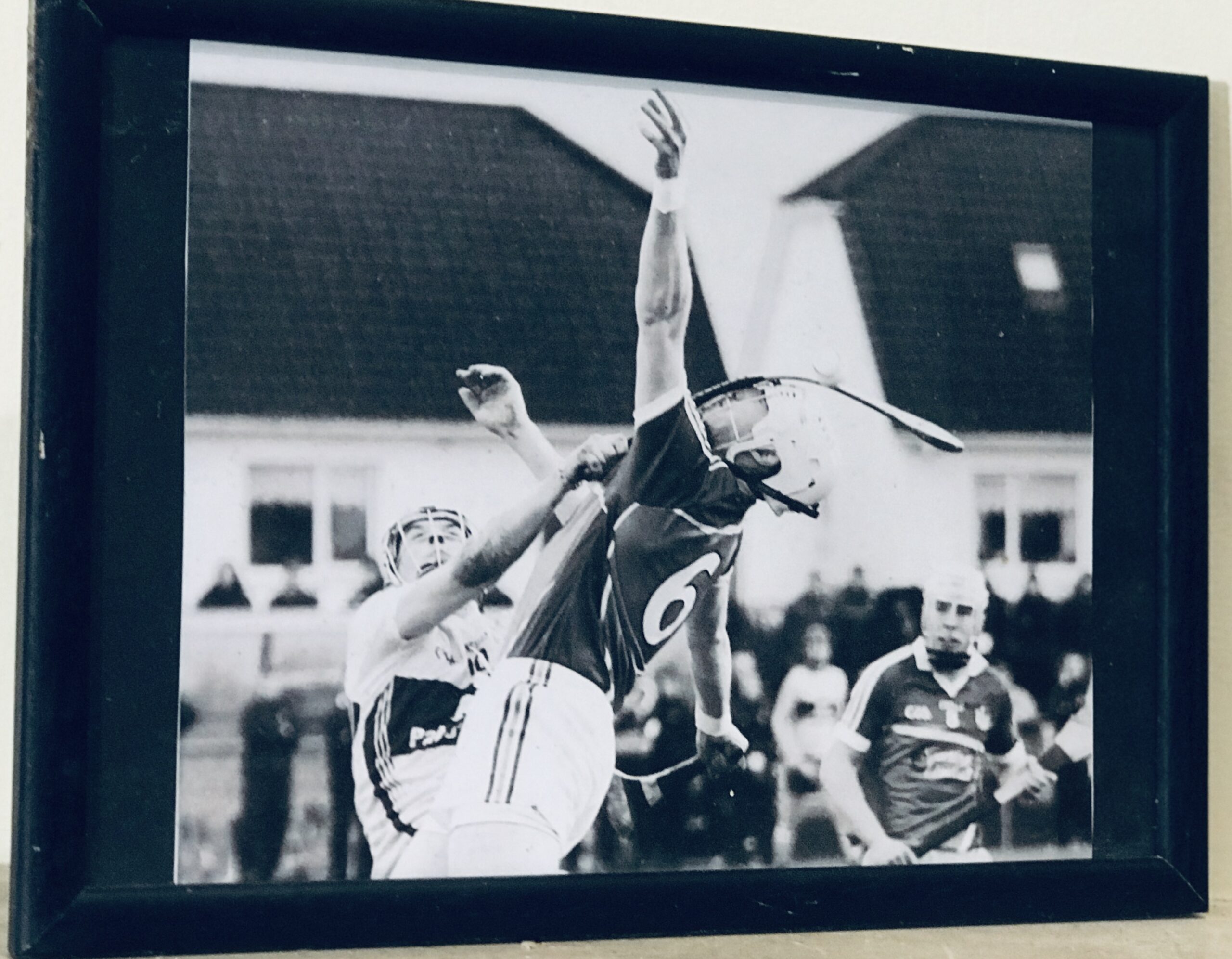 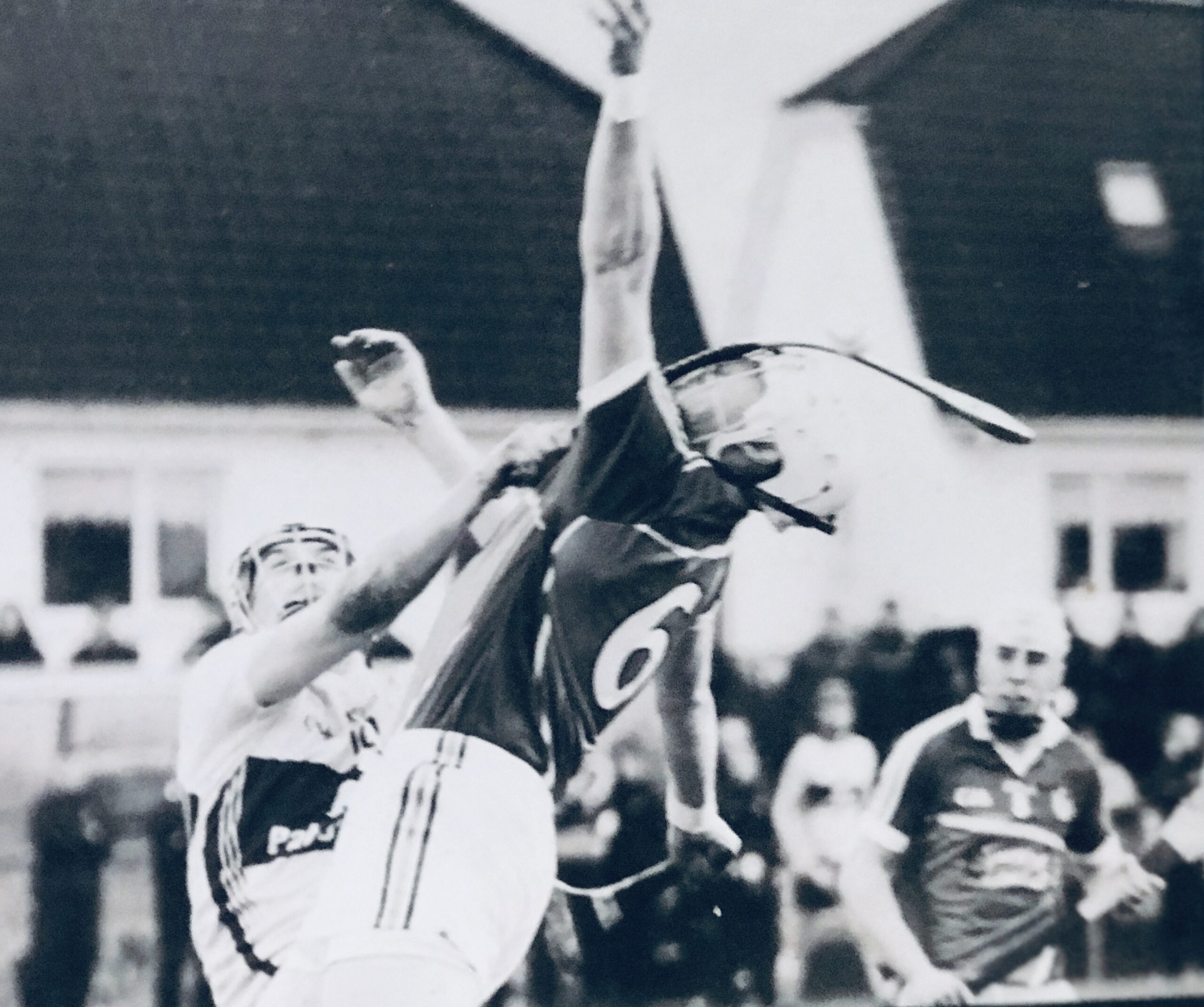 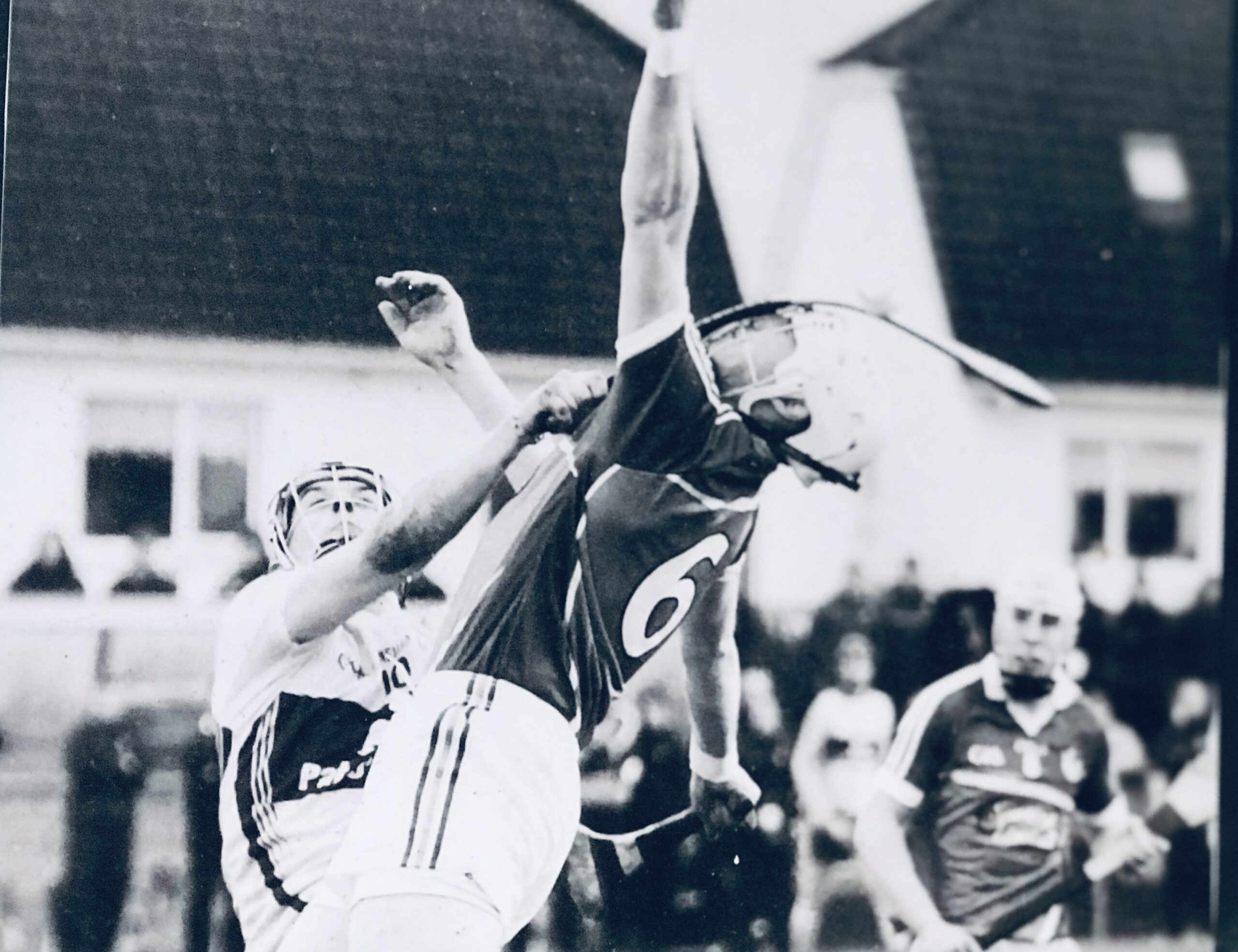