The showjumper Tommy Wade on his ”glorified” Connemara pony, Dundrum, not only electrified audiences at the annual Horse Show in the RDS, Dublin in the 1960s but can be credited with popularising the sport of showjumping, then regarded as an elitist pursuit of the Anglo-Irish ascendency.

Wade jumped a televised clear round in 1963 to clinch the Aga Khan trophy and the Nations Cup for Ireland in a thrilling conclusion to the annual Horse Show before an audience that included President Eamon De Valera. He had already created a sensation in 1961 by winning all five international classes at the show on Dundrum, described in some reports as “a former carthorse” that became a national celebrity and would inspire a later generation of horsemen like Eddie Macken and Paul Darragh.

Shrouded in controversy, the outspoken Tipperary man arrived back in the RDS in 1967 vowing not to take part in any competitions, because of a dispute he was having with the Showjumping Association of Ireland over a show the previous week, where the judges had withheld the prize in a dispute with the riders. He relented when he was told that if he didn’t take part in competition he would not be included in the Irish team.

In the first round he incurred 22 penalty points and fell off his horse at the 11th fence. Due to the scores of his team-mates, Seamus Hayes, Billy Ringrose and Ned Campion, Ireland were still in contention at the end of the second round – but needed Wade and Dundrum to “go clear” to win.

“Wade with icy calm and determination came into the ring,” went one report of the event. “He and Dundrum approached each obstacle, willed on by an excited but tense and silent crowd. At a couple of fences the top pole trembled, but none fell. Finally, horse and rider sailed over the last jump for a clear round as wild cheering greeted the terse announcement of RDS secretary, John Whylie: ‘Ireland have won the Aga Khan Cup.'”

Wade said later: “He was like a little thoroughbred, he was all muscle, and he was a lovely horse to ride, strong and powerful.”

But within a couple of months Wade was suspended for a year from showjumping and was forced to take a job as a bookie at greyhound and race meetings around Munster. The suspension arose when he, his brother Ned and another rider Gerry Costelloe tied for first place at the Dungarvan Show in Co Waterford. They agreed to divide the €102 winner’s purse, but the judges ordered them to jump again, which they felt would be hard on their horses going into the RDS the following week.

Ned Wade came out, knocked the first fence and withdrew, Tommy went off before the starting bell and was eliminated and then Gerry Costelloe took the wrong course and was also eliminated. The judges were furious at what they believed was insubordination and refused to award the prize money.

Wade demanded an apology and castigated what he insinuated were the Anglo-Irish ”bowler hat brigade” who controlled the sport. “The showjumping crowd around Dublin are a rotten crowd, they’re terrible jealous. The trouble with them is the trouble with Irish people generally: they’re jealous of someone who gets to the top, Irish people still suffer from a peasant mentality,” he said. Although he threatened to take his horses to northern England, near his friend Harvey Smith, peace was eventually made and Tommy Wade would later become Chef D’Equipe of the Irish showjumping team, claiming more than 30 Nations Cup victories at shows all over the world.

Born at Gould’s Cross at Camas, within sight of the Rock of Cashel, he went to school locally and later lived at Ballyroe House in Tipperary. His father was a local haulier and the family grew up in ”horse country” steeped in racing and showjumping.

Bred in the nearby village of Dundrum by Jack Ryan (Lar), the horse that made him famous had gone through several owners before Wade’s father, Jimmy, spotted the gelding “hauling” goods for Tierney’s hardware shop. Only five-and-a-half foot high, he began jumping at local shows before going to Manchester in 1957 where he won the North of England championship. “Tommy thought, dreamed and schemed about being first and usually was,” said Michael Slavin in his book, Irish Showjumping Legends.

It was an amateur sport at the time and he won a gold watch in Brussels, a gold tankard in Newcastle-upon-Tyne and a gold medal in Belfast – all trophies he treasured for the rest of his life. “I wasn’t picked by the crowd here until I started getting invitations from England,” he said, somewhat bitterly, later, when he was in dispute with the sports authorities. But they couldn’t ignore him when Dundrum became Supreme Champion at the Wembley Horse of the Year Show and set a record clearing the seven foot two inches puissance wall. He was international Jumping Champion from 1959 to 1963. 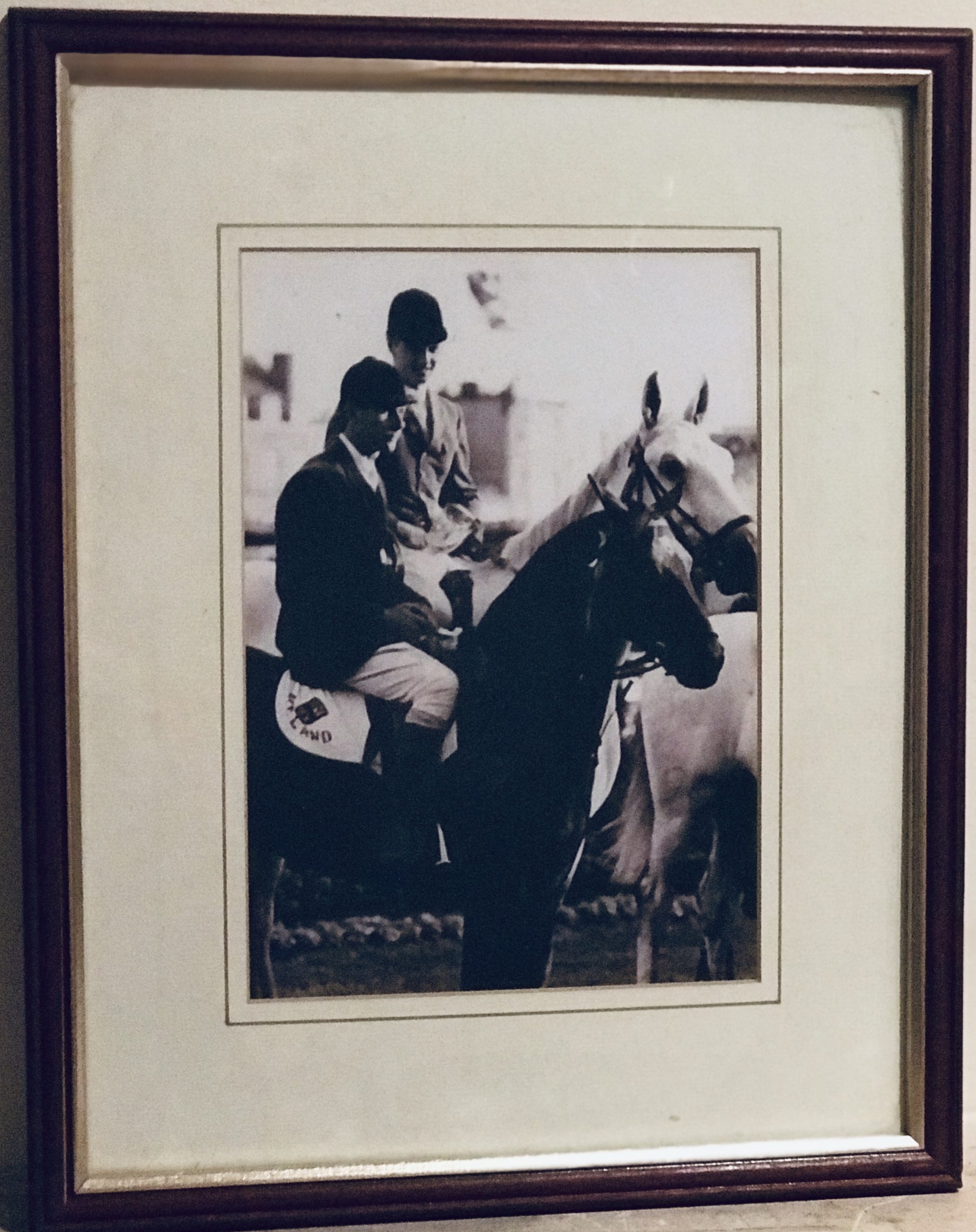 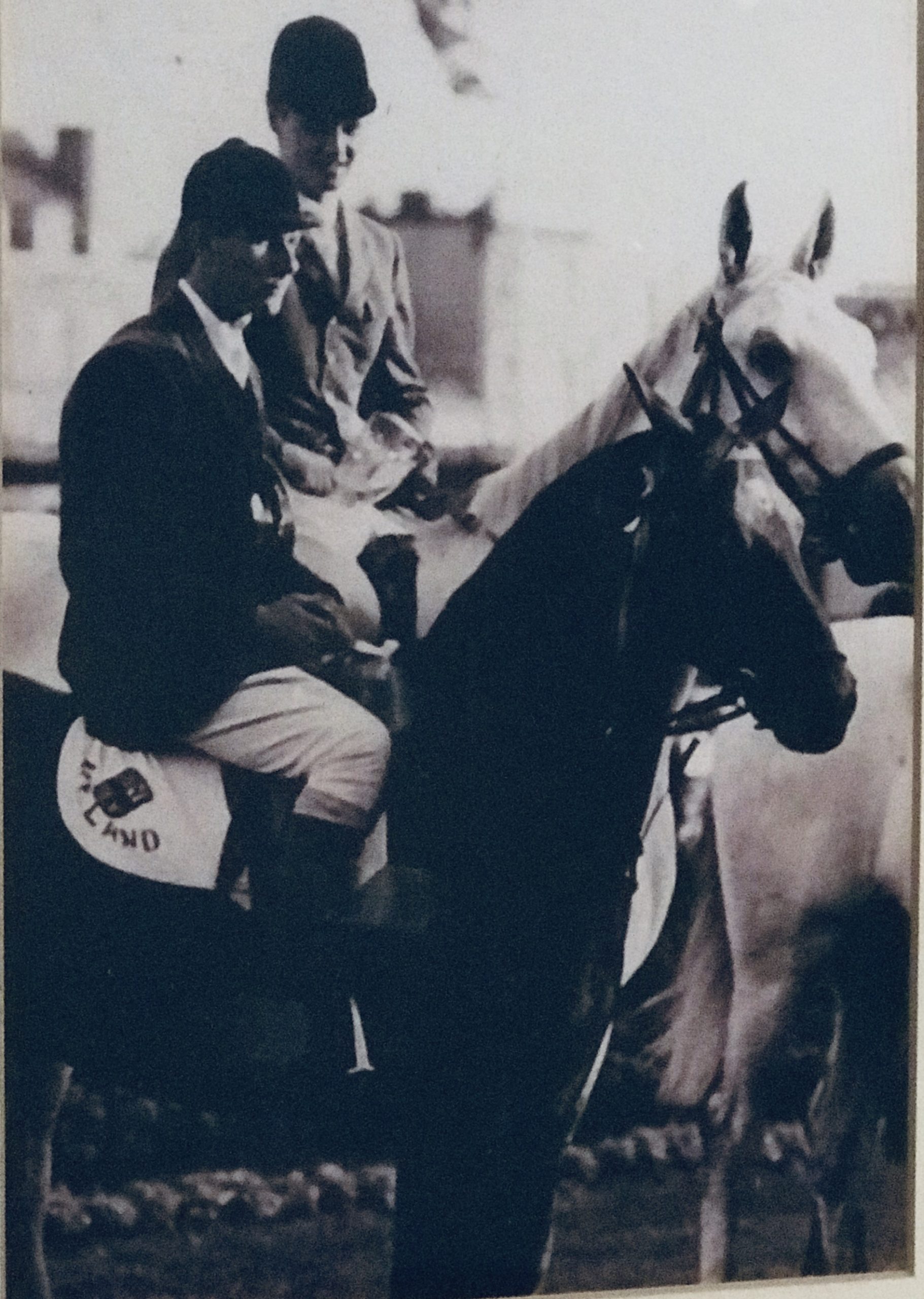