Charming framed photo from the 1960s of two Powers of dungarvan workers alongside a delivery lorry. 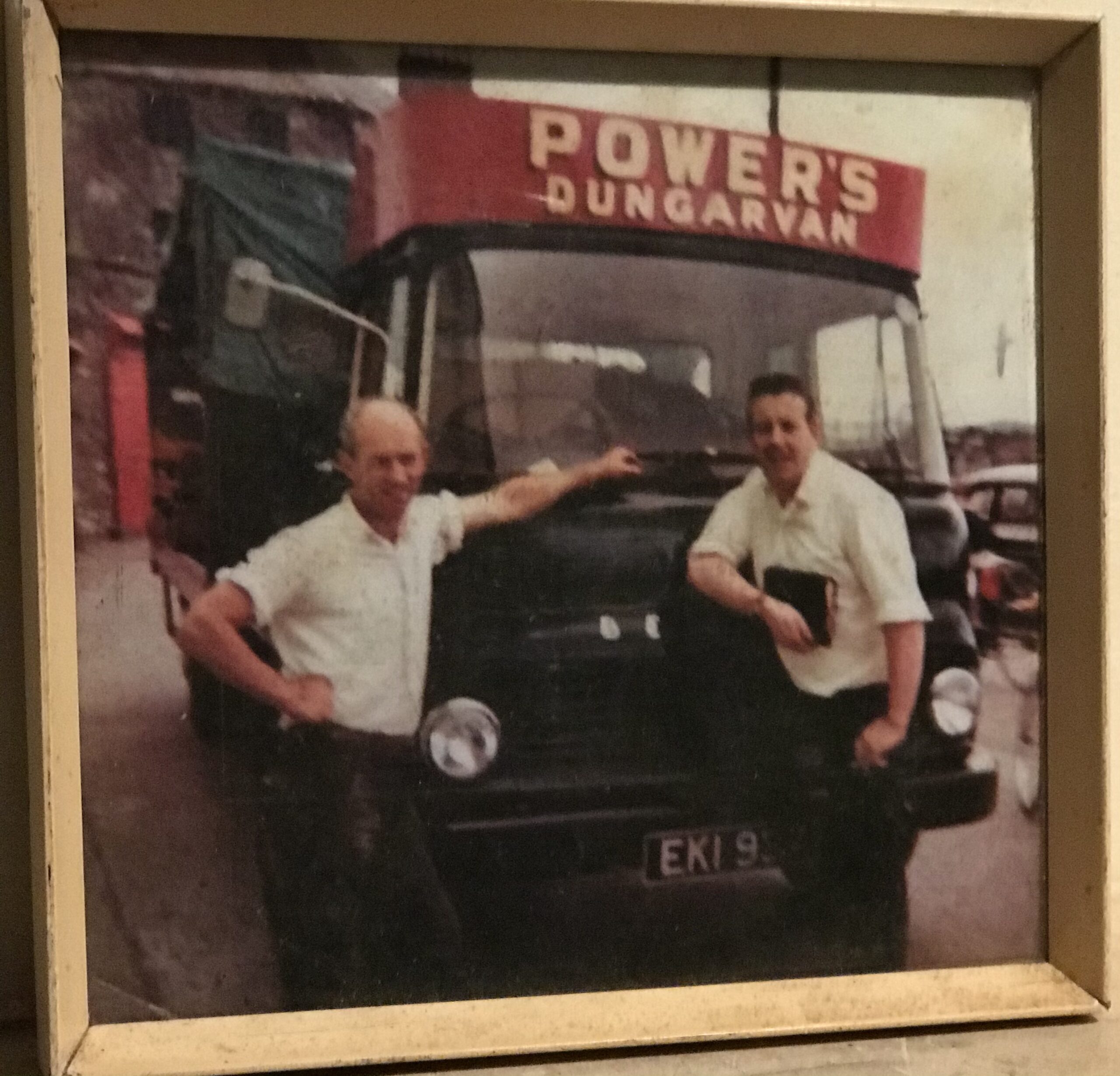 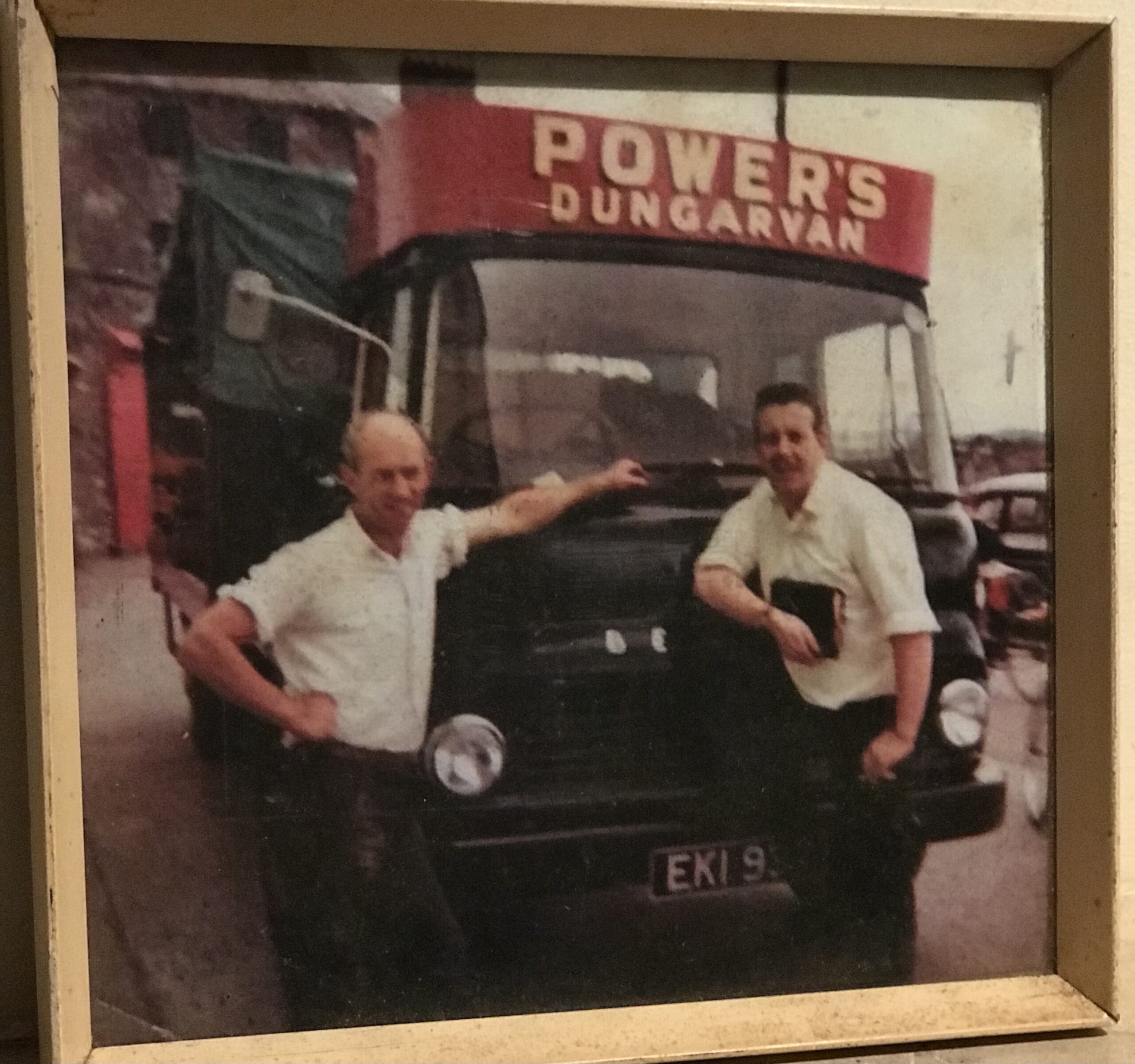 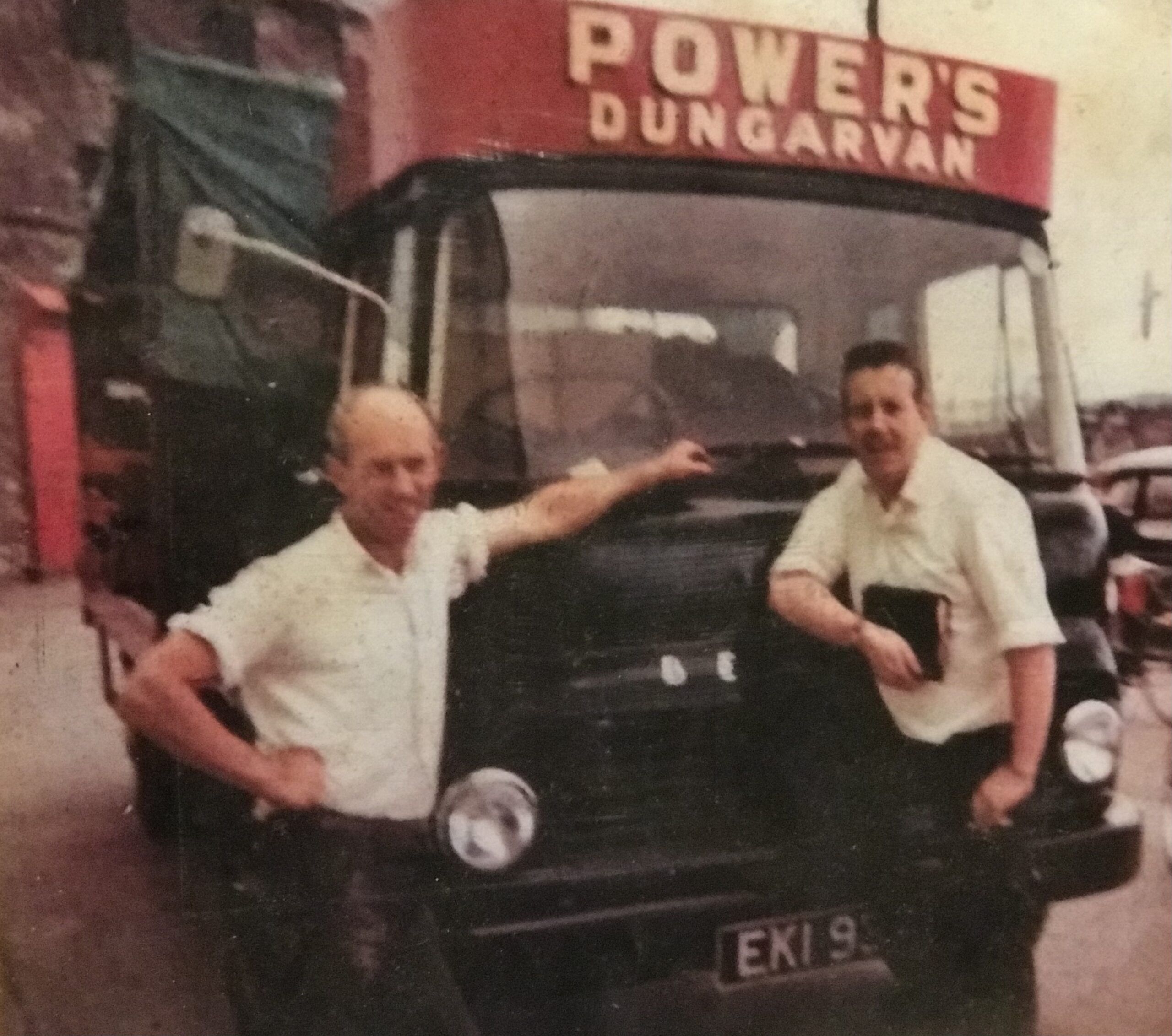