This rare and historical print depicts Grattans Irish House of Parliament before it fell under the Act of Union in 1800,whereupon Ireland would be governed from London for the next 120 years.This parliament was loyal to the King and was essentially an assembly of the leading members of the landed gentry of the country,loyal to the Anglican Church of Ireland who owned most of the land.The politicians of the national party now fought for the Irish parliament, not with the intention of liberating the Catholic majority, but to set the Irish parliament free from constitutional bondage to the British Privy Council. By virtue of Poynings’ Law, a statute of King Henry VII of England, all proposed Irish legislation had to be submitted to the Privy Council for its approval under the Great Seal of England before being passed by the Irish parliament. A bill so approved might be accepted or rejected, but not amended. More recent British Acts had further emphasised the complete dependence of the Irish parliament, and the appellate jurisdiction of the Irish House of Lords had also been annulled. Moreover, the British Houses claimed and exercised the power to legislate directly for Ireland without even the nominal concurrence of the parliament in Dublin. This was the constitution which William Molyneux and Swift had denounced, which Flood had attacked, and which Grattan was to destroy, becoming leaders of the Patriot movement. 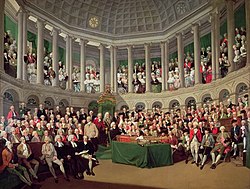 The Irish House of Commons by Francis Wheatley (1780) shows Grattan (standing on right in red jacket) addressing the House.

Calls for the legislative independence of Ireland at the Irish Volunteer Convention at Dungannon greatly influenced the decision of the government in 1782 to make concessions. It was through ranks of Volunteers drawn up outside the parliament house in Dublin that Grattan passed on 16 April 1782, amidst unparalleled popular enthusiasm, to move a declaration of the independence of the Irish parliament. “I found Ireland on her knees,” Grattan exclaimed, “I watched over her with a paternal solicitude; I have traced her progress from injuries to arms, and from arms to liberty. Spirit of Swift, spirit of Molyneux, your genius has prevailed! Ireland is now a nation!” After a month of negotiation the claims of Ireland were conceded. The gratitude of his countrymen to Grattan was shown by a parliamentary grant of £100,000, which had to be reduced by half before he would accept it.Grattan then asked for the British House of Commons to reconfirm the London government’s decision, and on 22 January 1783 the final Act was passed by parliament in London.However by 1800 under the Act of Union Grattans Parliament would cease to exist.

From the perspective of Great Britain, the union was desirable because of the uncertainty that followed the Irish Rebellion of 1798 and the French Revolution of 1789; if Ireland adopted Catholic Emancipation, willingly or not, a Roman Catholic parliament could break away from Britain and ally with the French, while the same measure within a united kingdom would exclude that possibility. Also the Irish and British parliaments, when creating a regency during King George III‘s “madness”, gave the Prince Regent different powers. These considerations led Great Britain to decide to attempt merger of the two kingdoms and their parliaments.The final passage of the Act in the Irish Parliament was achieved with substantial majorities, in part according to contemporary documents through bribery, namely the awarding of peerages and honours to critics to get their votes.Whereas the first attempt had been defeated in the Irish House of Commons by 109 votes against to 104 for, the second vote in 1800 produced a result of 158 to 115.

Yet in the heart of every Irishman,whatever his politics or religion ,there is a tender spot for Grattans Parliament and the genius, wit and oratory of its members will live long and be cherished with pride by their countrymen.The present Bank of Ireland at College Green,directly adjacent to Trinity College Dublin,was the site of the old Parliament building ,built in1729   and the worlds first purpose built bi-cameral Parliament House .Architects were Pearce and James Gandon . 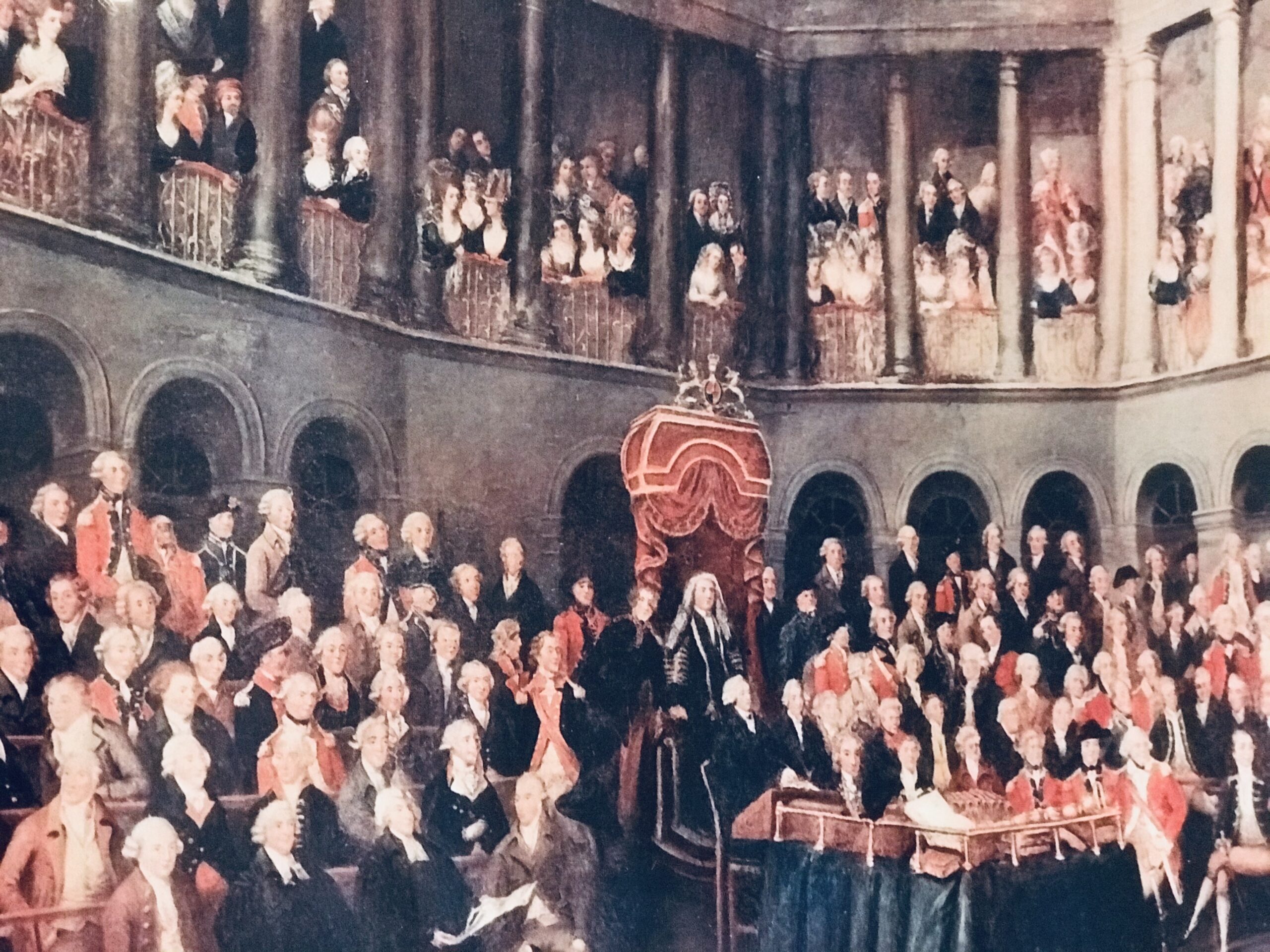 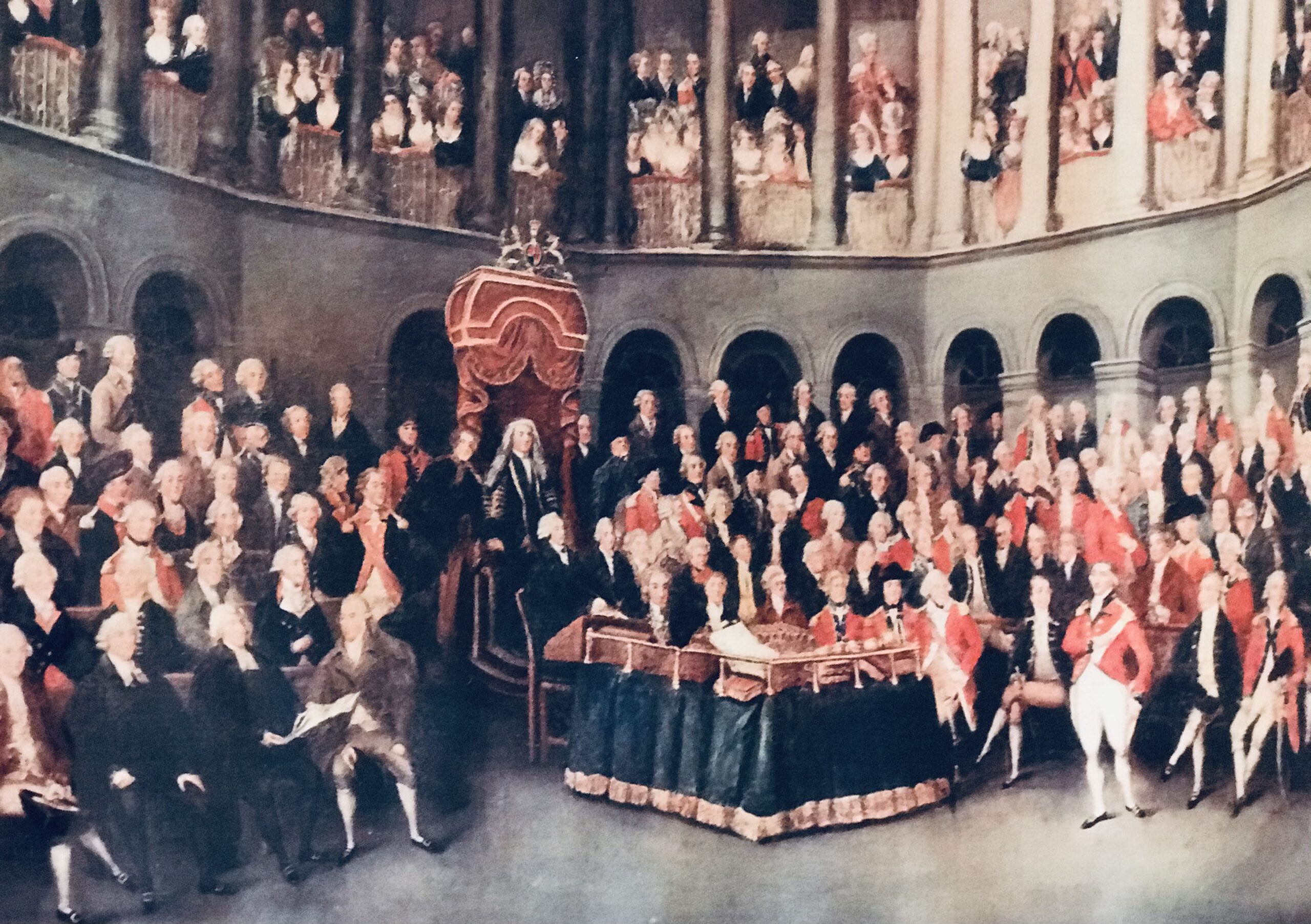 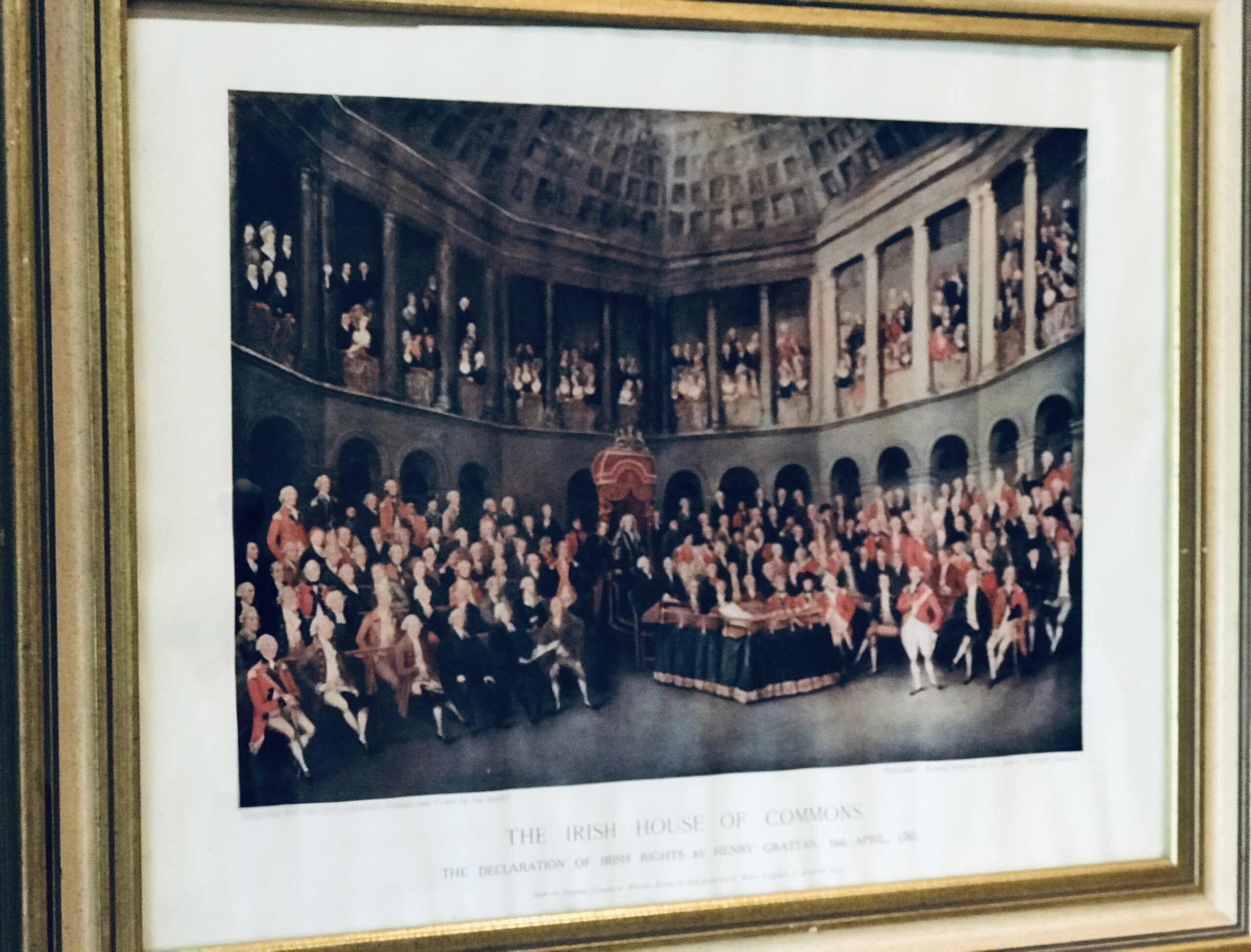 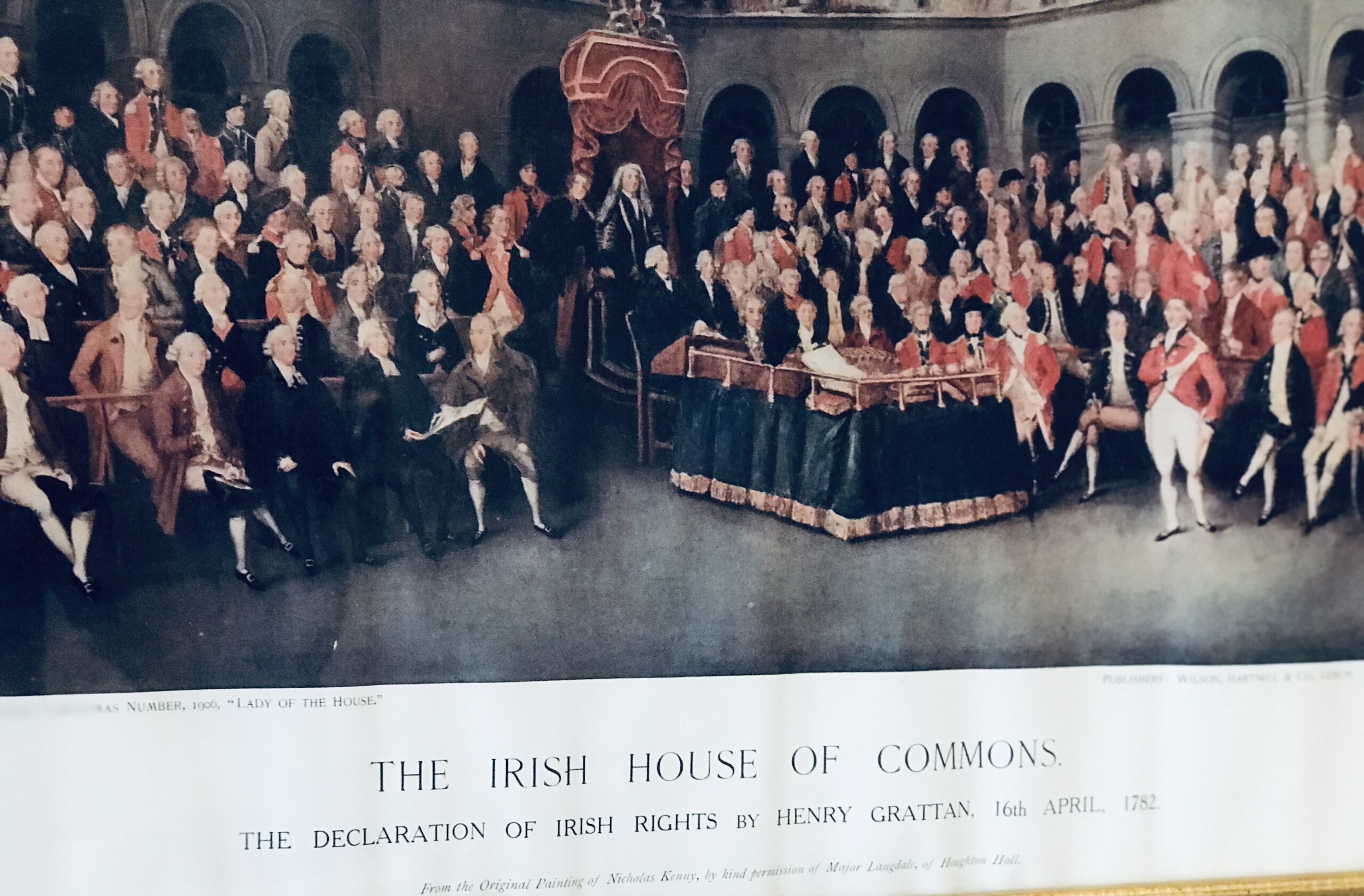 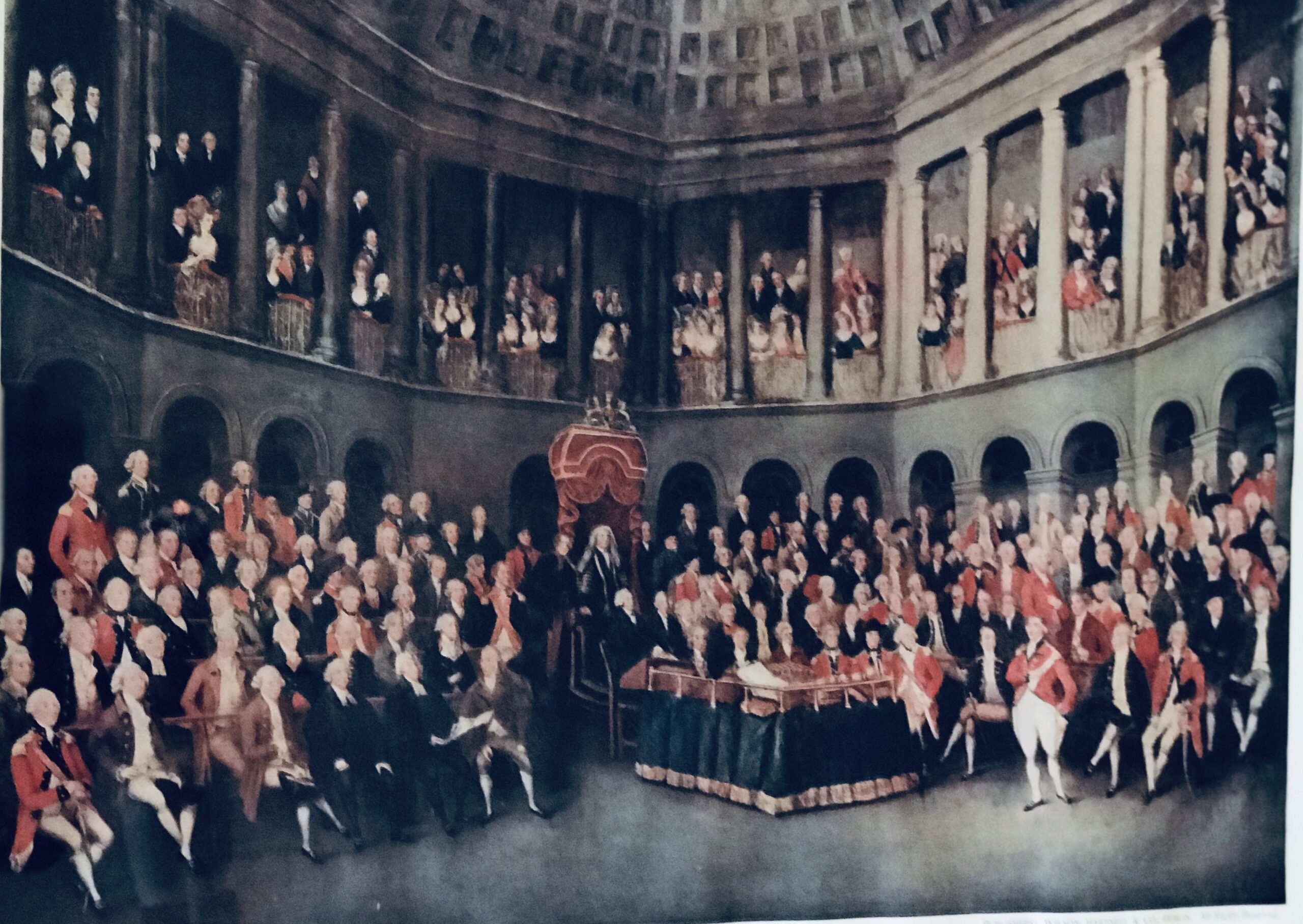 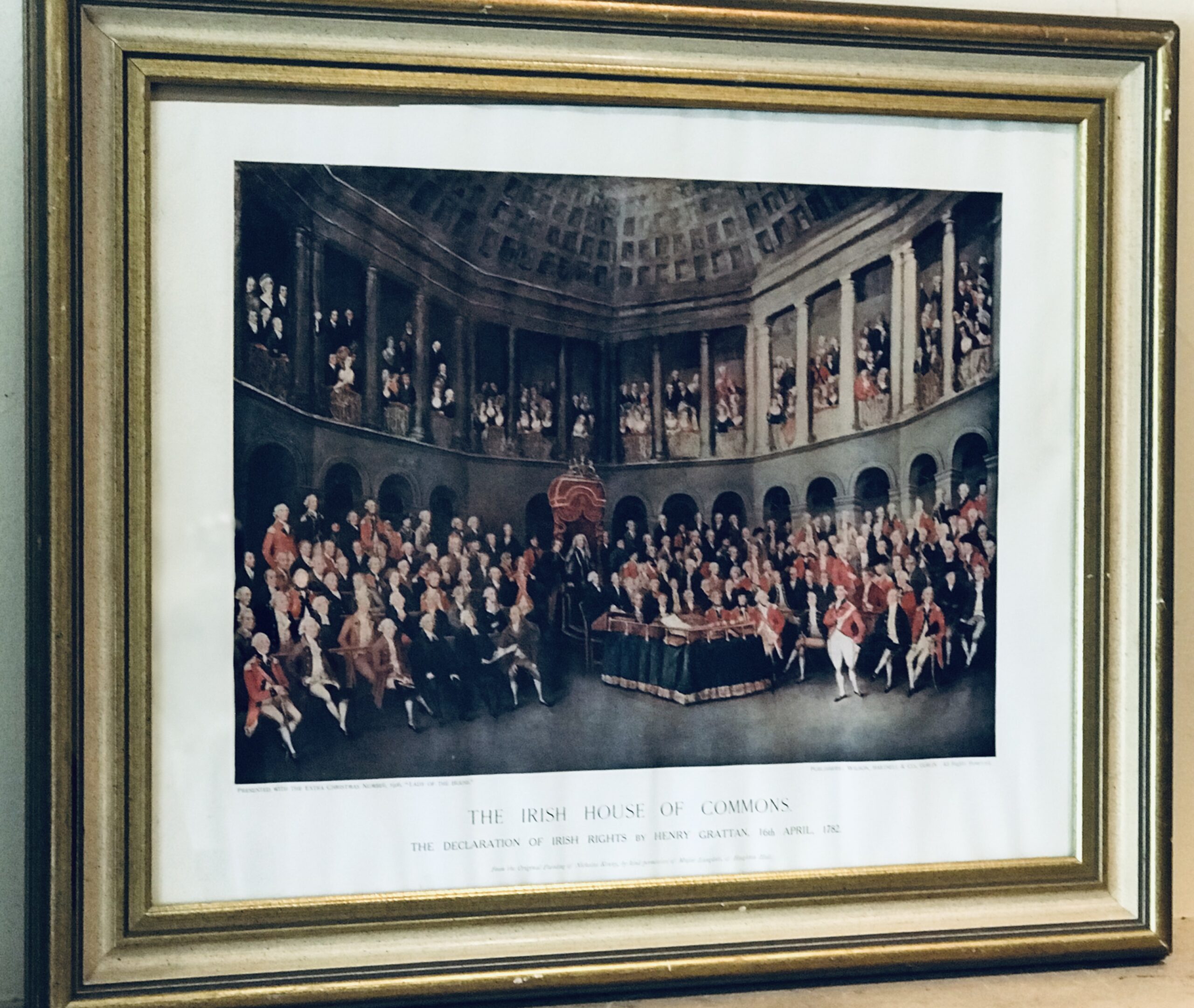