Extremely rare,interesting print of the Irish Benches of the Irish Parliamentary Party in the House of Commons in 1885,with all members identified by name and number.

The Irish Parliamentary Party or more commonly called the Irish Party or the Home Rule Party) was formed in 1874 by Isaac Butt, the leader of the Nationalist Party, replacing the Home Rule League, as official parliamentary party for Irish nationalist Members of Parliament (MPs) elected to the House of Commons at Westminster within the United Kingdom of Great Britain and Ireland up until 1918. Its central objectives were legislative independence for Ireland and land reform. Its constitutional movement was instrumental in laying the groundwork for Irish self-government through three Irish Home Rule bills.Instrumental to the party’s rise and fall was the iconic statesman,Charles Stewart Parnell. 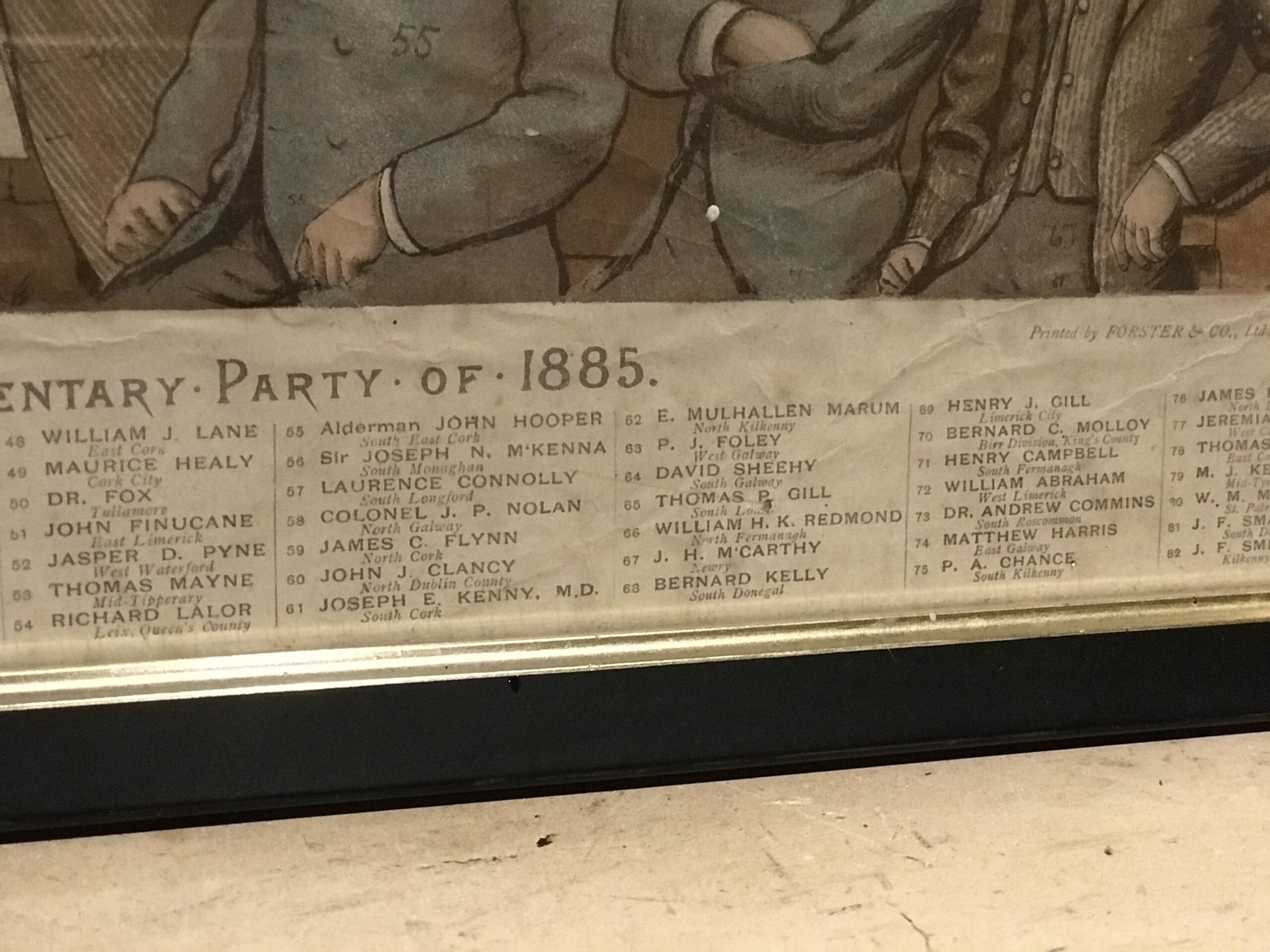 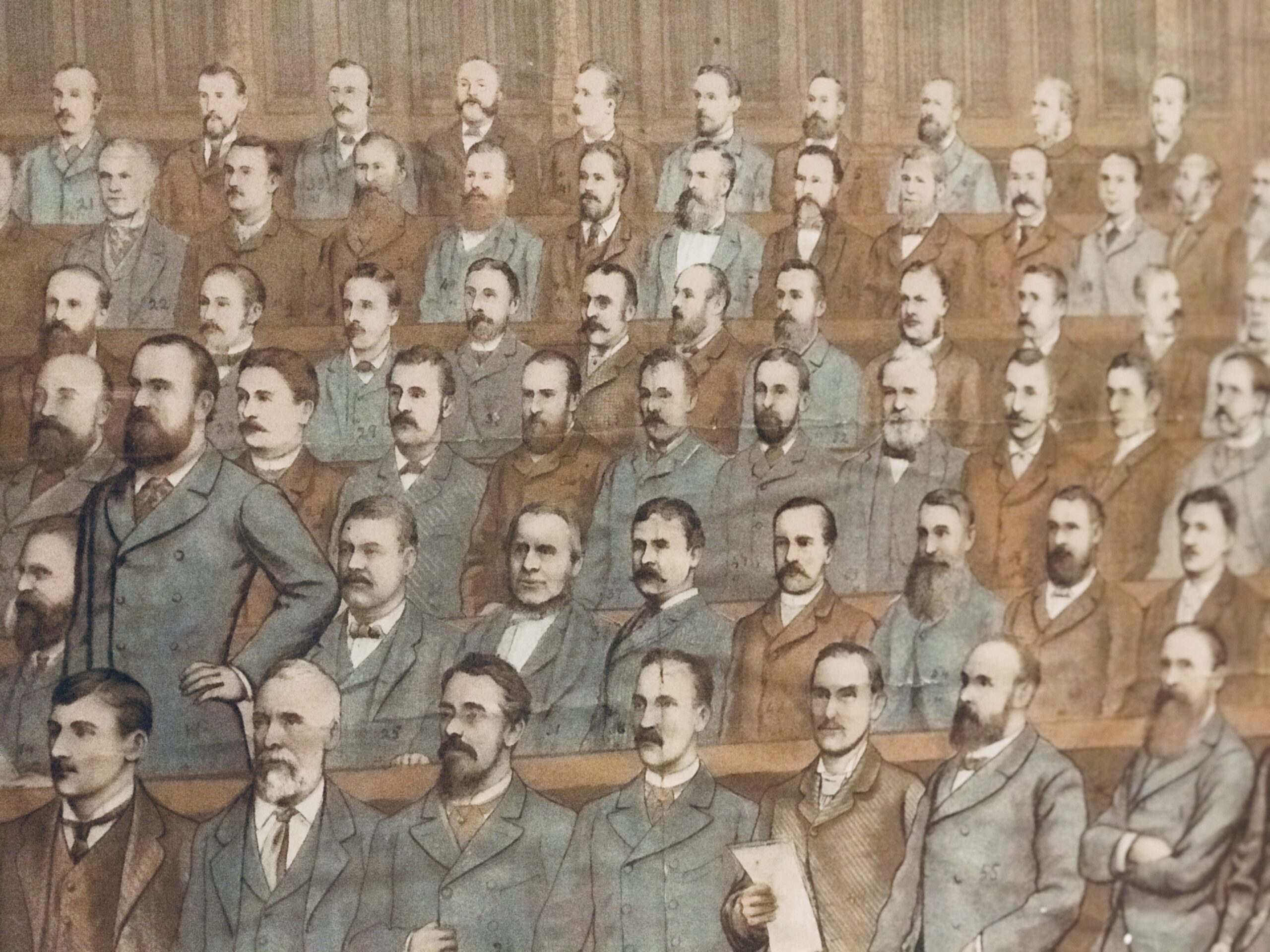 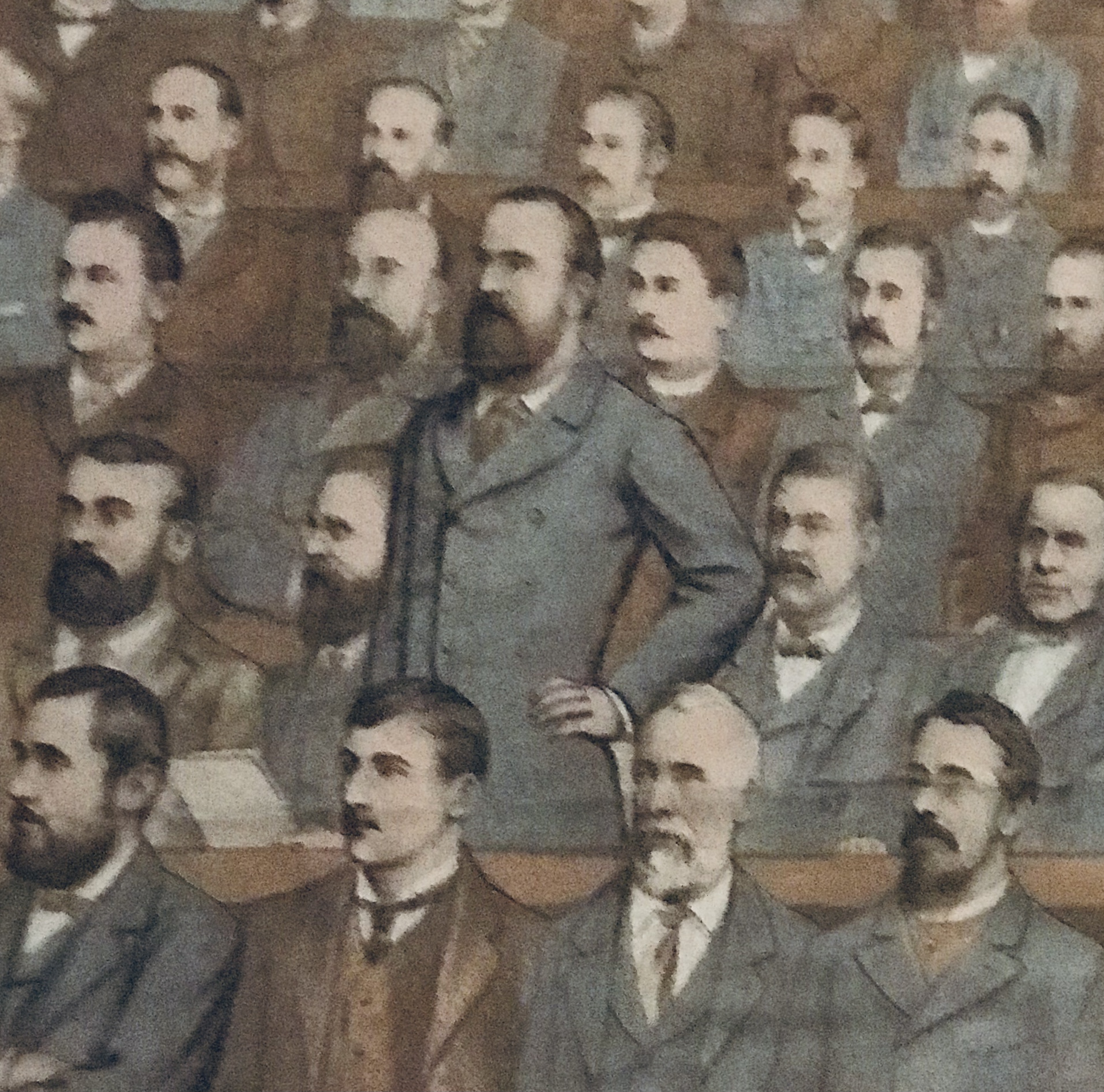 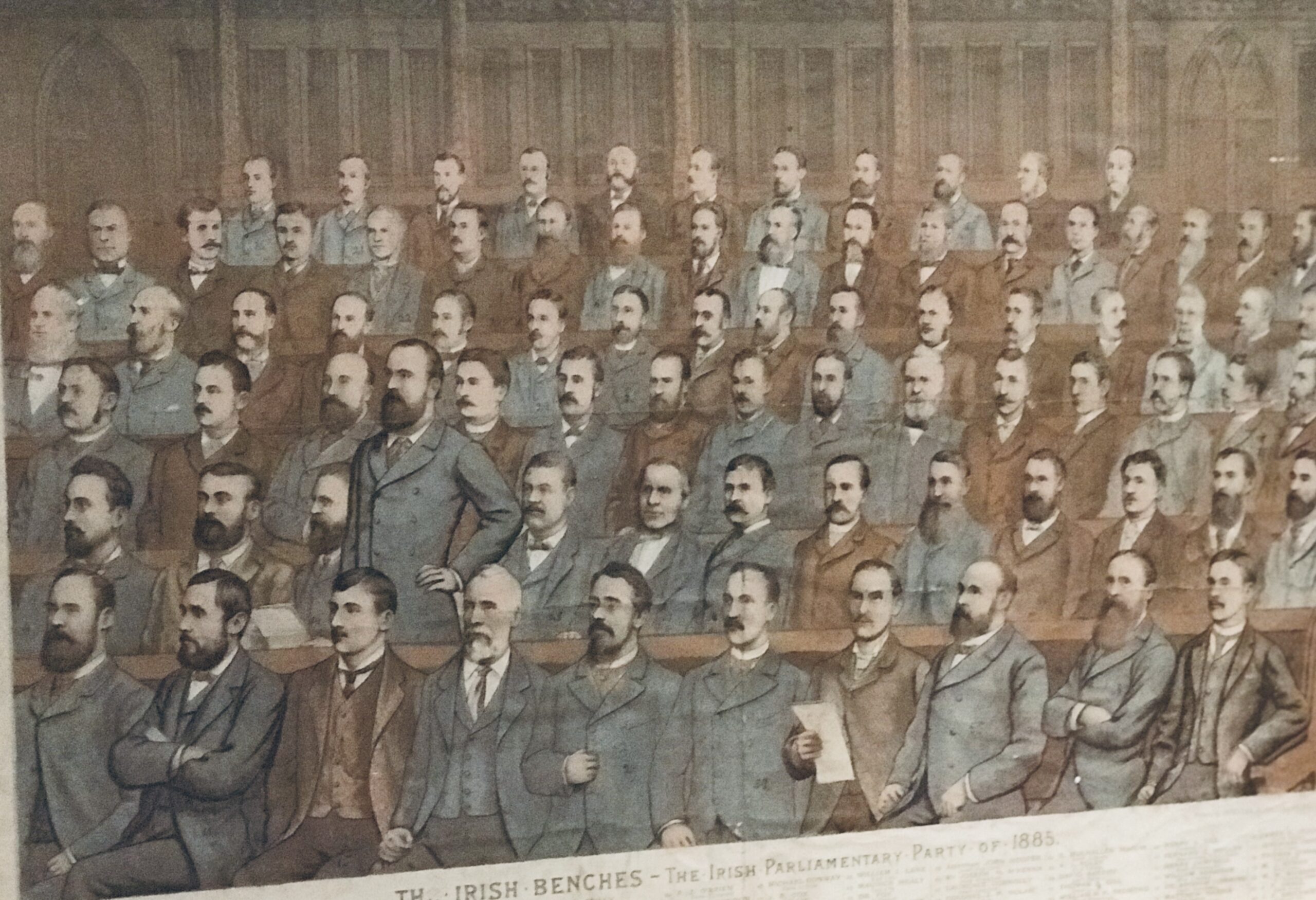 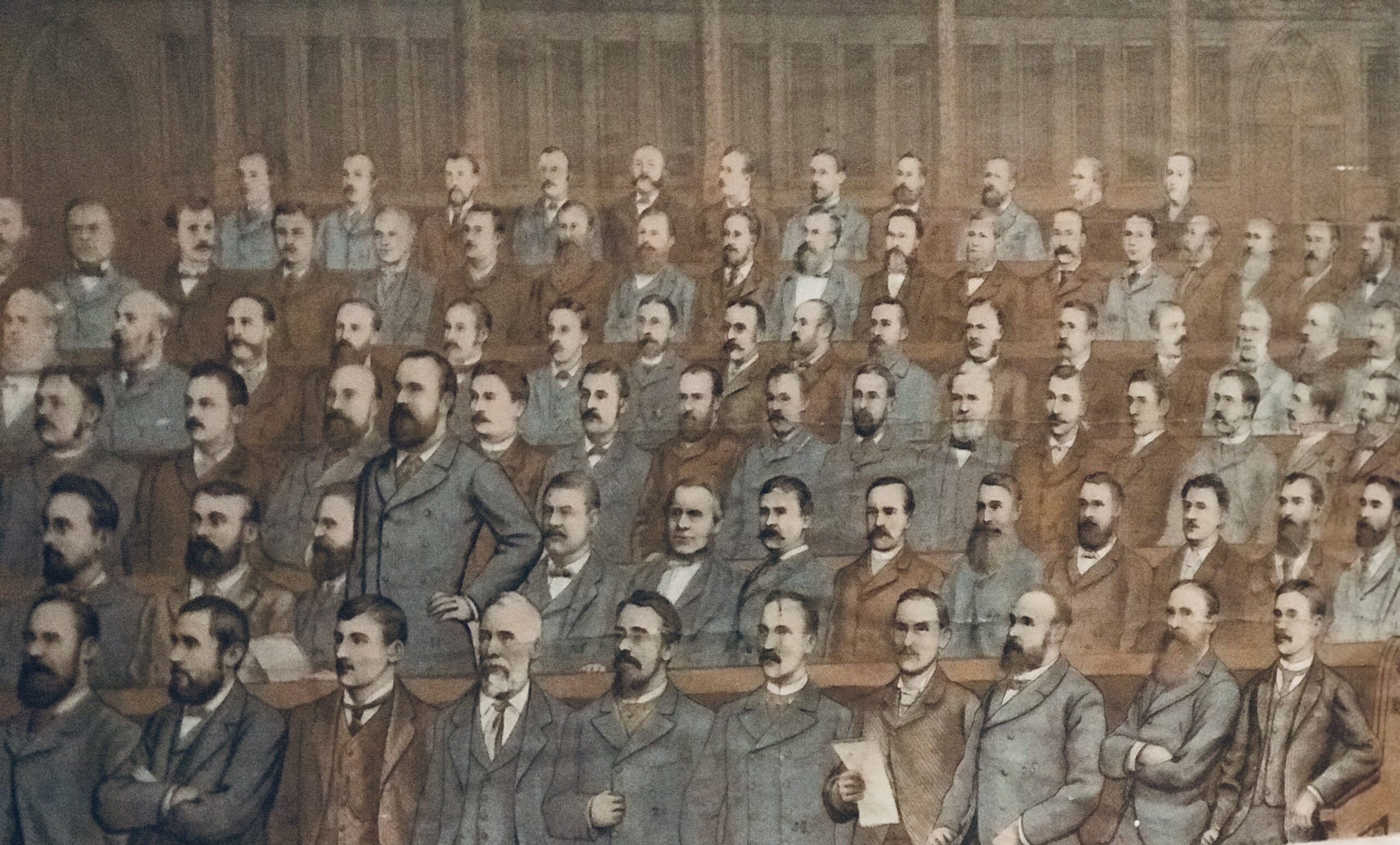 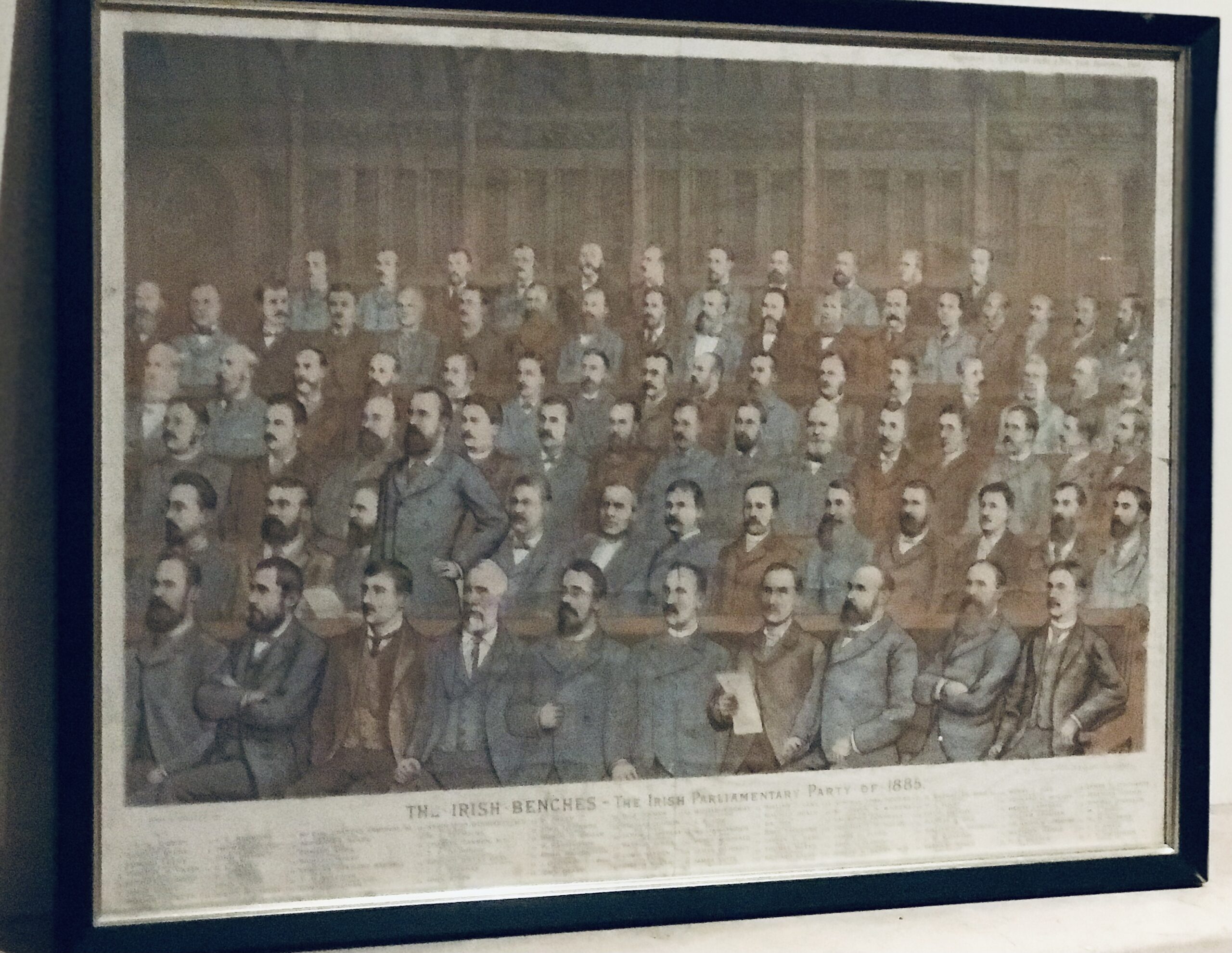 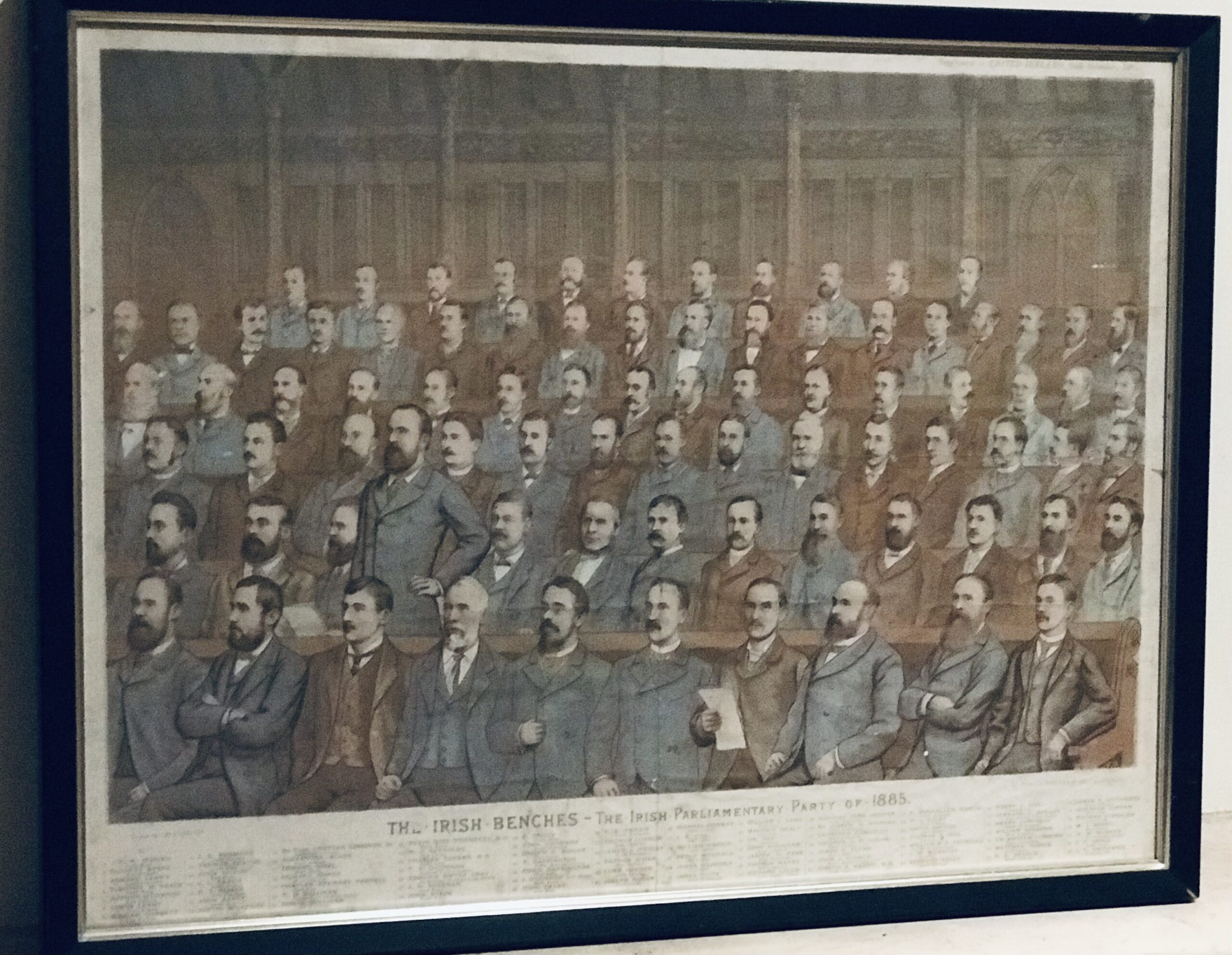