Rare Guinness Art Deco type Mermaid Advert commissioned in 1974 by the company who used the services of the Russian born French artist & designer Romain de Tirtoff ,better known by his pseudonym Erté ,from the French pronunciation of his initials.

Erte was an artist and designer in an array of fields including fashion,jewellery,graphic arts, costume and set design for film, theatre,opera and interior decor.Between 1915 and 1937 he designed over 200 covers for Harpers Bazaar and his illustrations would also appear in Cosmopolitan and Vogue.He also designed sets and costumes for movies such as Ben-Hur,The Mystic and The Comedian.Two years before his death ,Erte created seven limited edition bottle designs for Courvoisier to show the different stages of the cognac making process, from distillation to maturation .It was in 1974 that Guinness launched this “sophisticated Guinness press advertisement”.This original print is an extremely rare one .Please email us directly for more information . 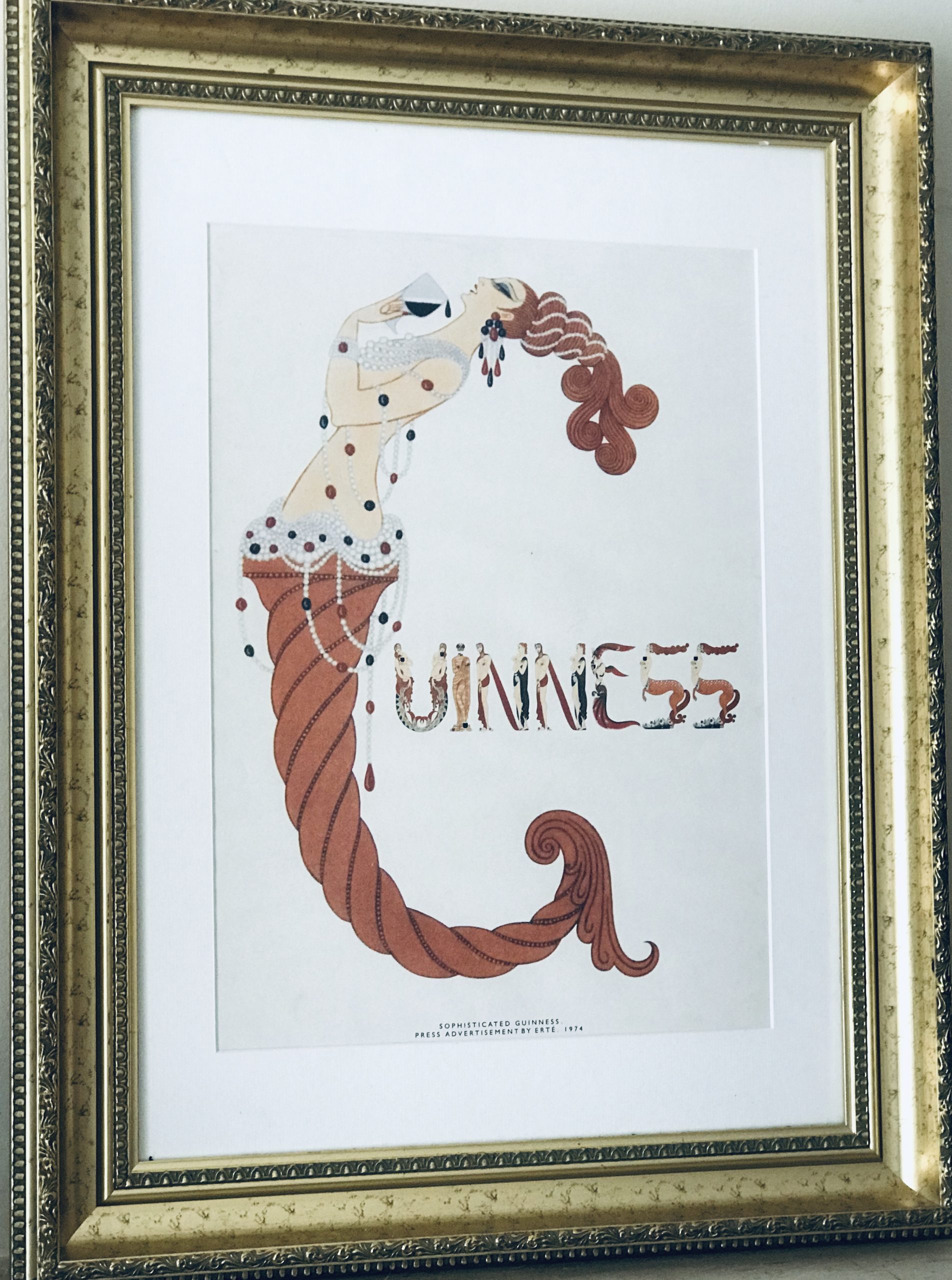 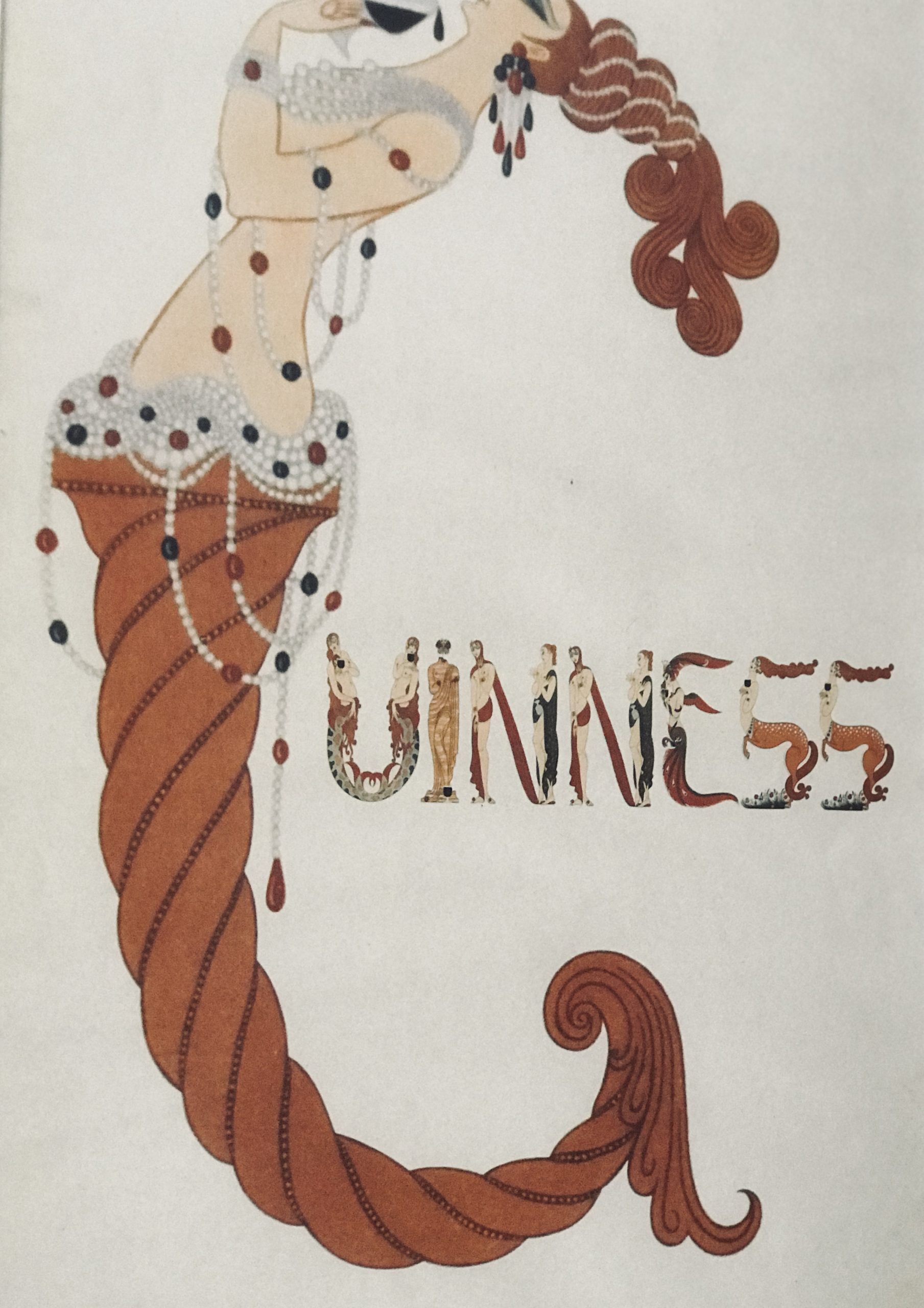 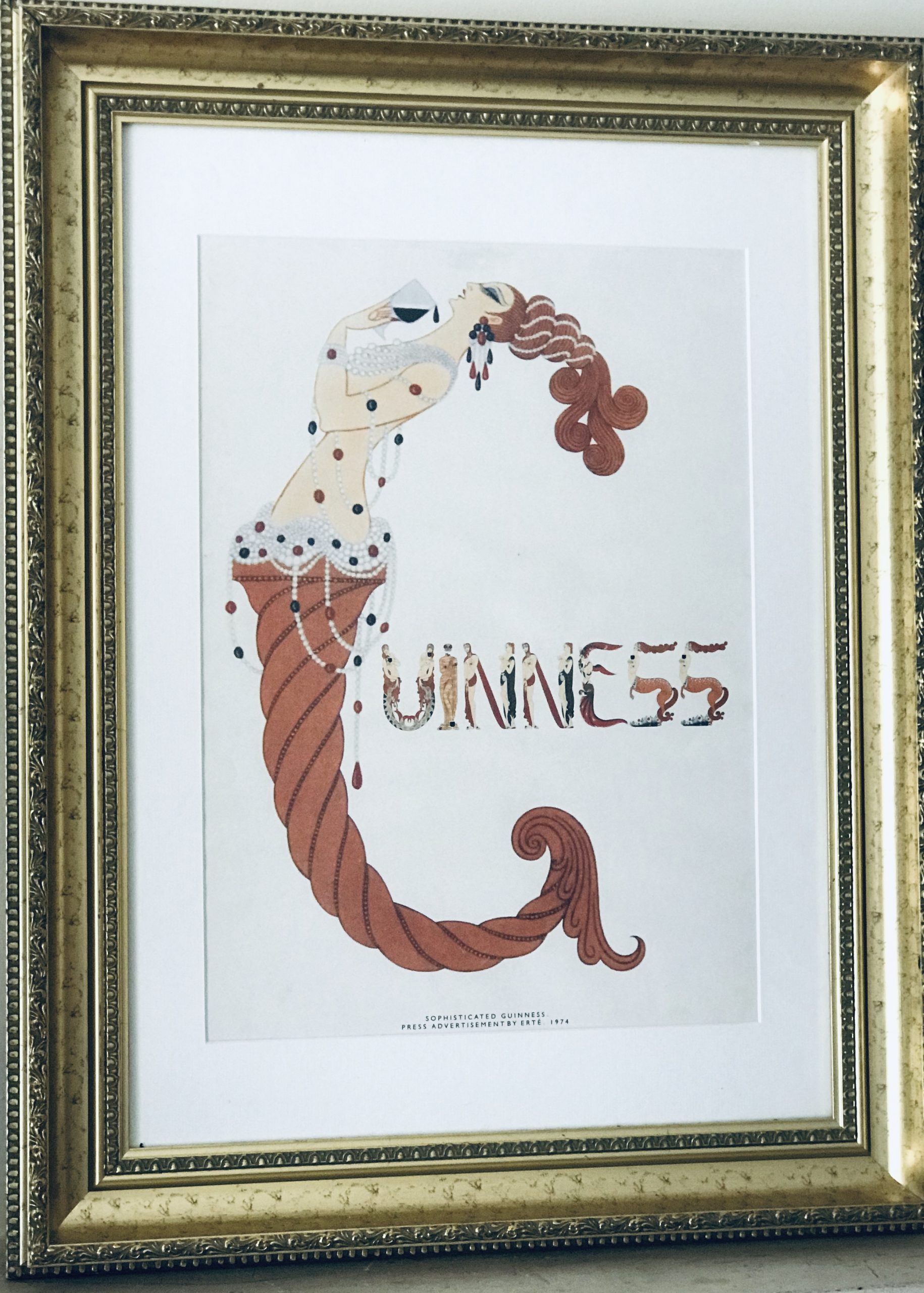