A short description of Limerick -Ferrar’s from 1787

The History of Limerick by James Ferrar published in 1787 is a history of Limerick city from ancient times until the late 18th century. Limerick was an important medieval stronghold, became an important port and trading centre, was subject to a series of sieges in the 17th century and finally experienced a brief golden age of prosperity during the Georgian period of the late 18th century

In 1174, the Norman conquerors who had already seized Dublin , Leinster and Munster captured the city of Limerick . It was given its city charter by King Richard I in 1197 and a castle fortress was built by King John about 1200. The medieval city featured a walled town known as Englishtown on the north side of the River Shannon. Irishtown was inhabited by the Irish and Vikings was on the south side of the river. Both were eventually walled and linked by bridges over the Shannon

Limerick would retain formidable defenses until the 17th century when it experienced four separate sieges during the period of the English Civil War and the Williamite Wars. Catholic rebels forced the English garrison to surrender in 1642 and a Parliamentarian Army in turn forced a Catholic and Royalist garrison to surrender in 1651. It was twice besieged in 1690 and 1691 by the forces of William III of Orange who forced Jacobites fighting on the sides of the Catholic James II to surrender and go into exile.

From the late 17th to the 19th centuries an Anglo-Irish Protestant elite controlled Ireland . In Limerick in the late 1700s Limerick merchants prospered and Edmund Pery, 1st Viscount Pery had much of the south side of the city redesigned with a grid of Georgian brick terrace townhouses and neo-classical stone buildings. The Georgian area still survives in the 21st century and Pery Square is named in Edmund Pery’s honour.

Unfortunately the Irish economy declined in the early 19th century as the Irish Parliament was switched from College Green, Dublin to the House of Commons in London as the United Kingdom was created under the Act of Union 1800. Unfortunately Ireland remained a near feudal agricultural society as Britain rapidly industrialised. Like Dublin , Limerick ‘s best days were behind it as slums flourished and in the 1840s the city population swelled as the poor fled from the land after the failure of the potato crop. 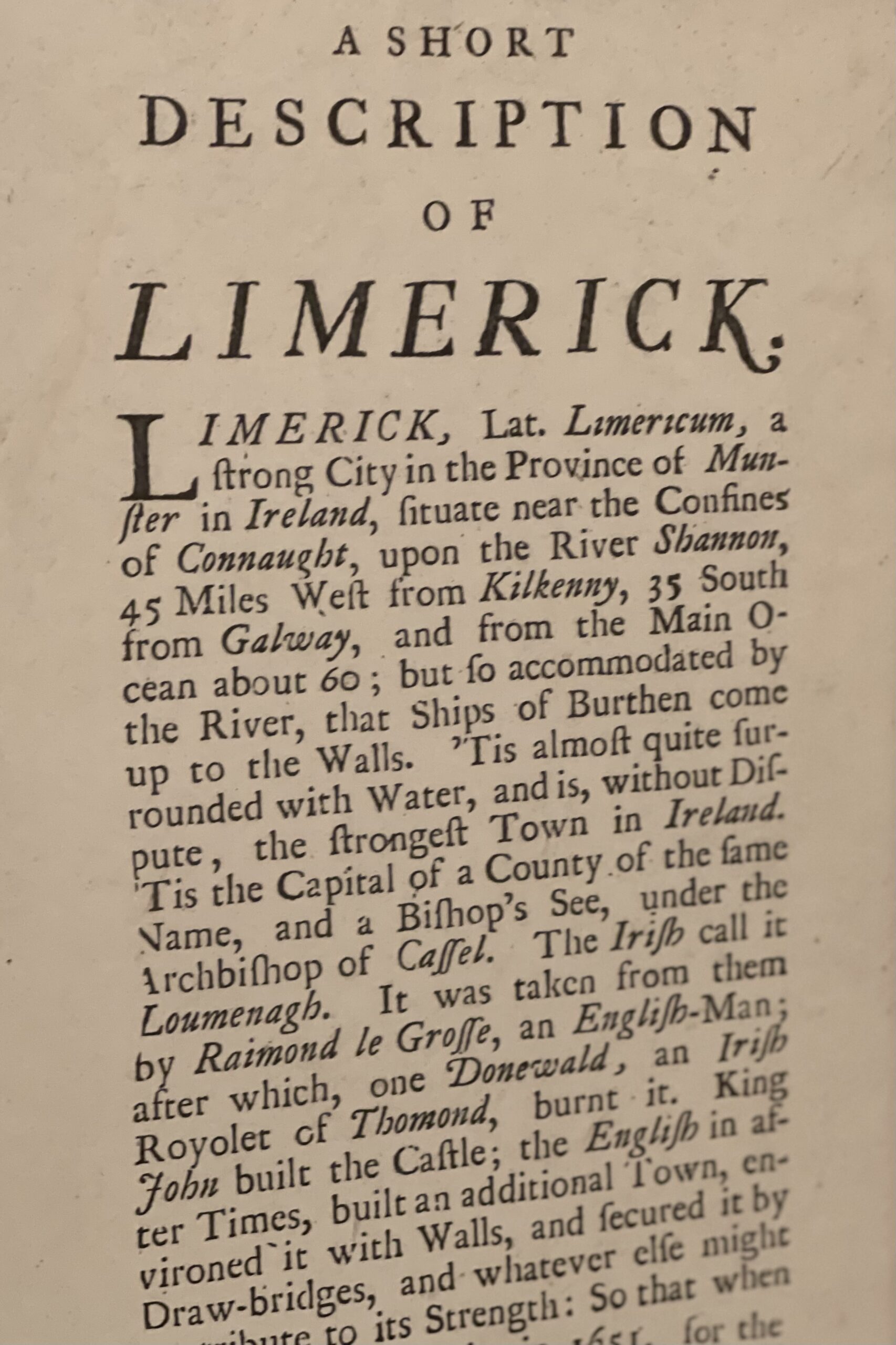 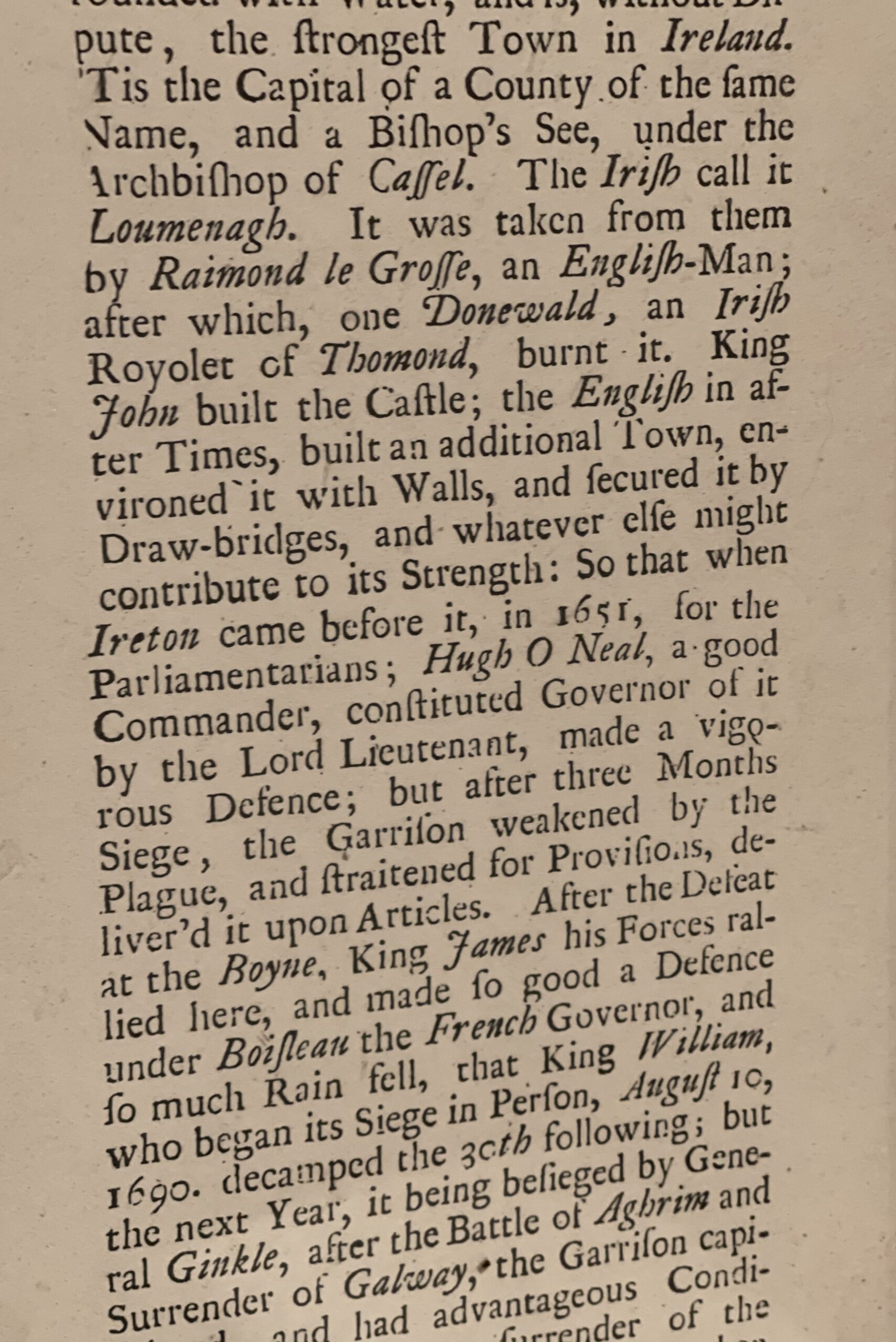 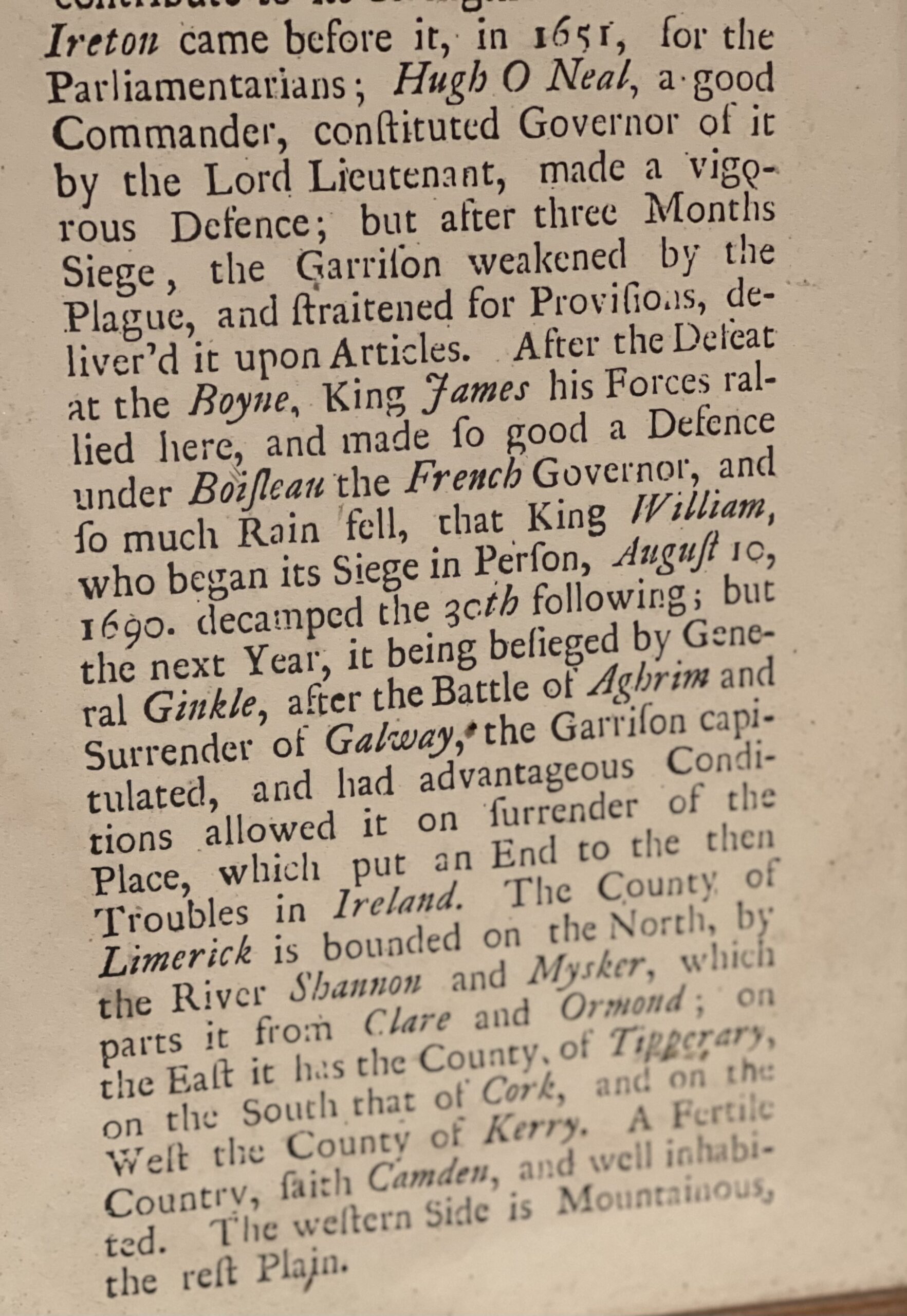