Great picture of a recuperating Arkle getting his lunch washed down by one of his two daily bottles of Guinness by the managing director of Kempton Park Racecourse Henry Hyde. 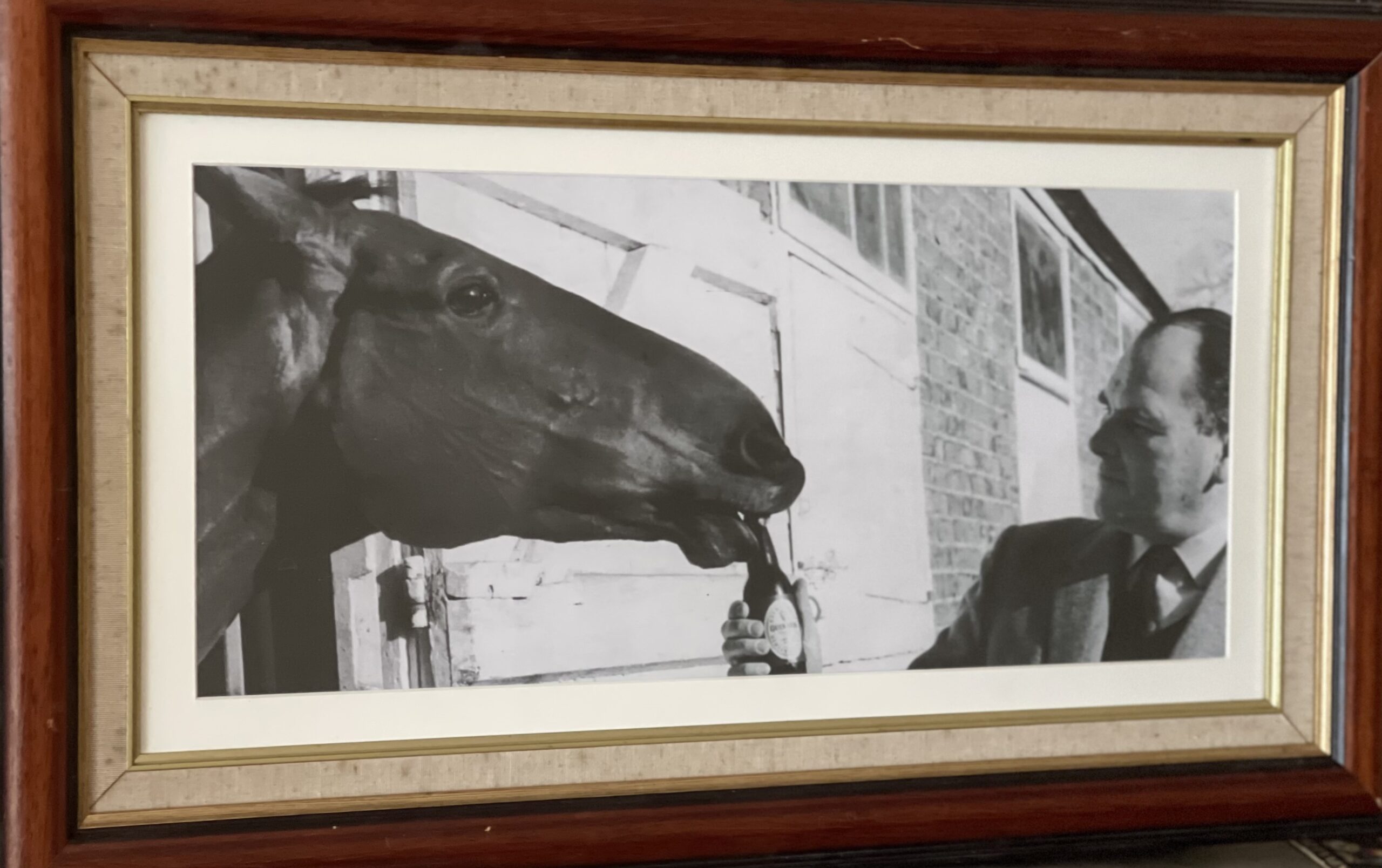 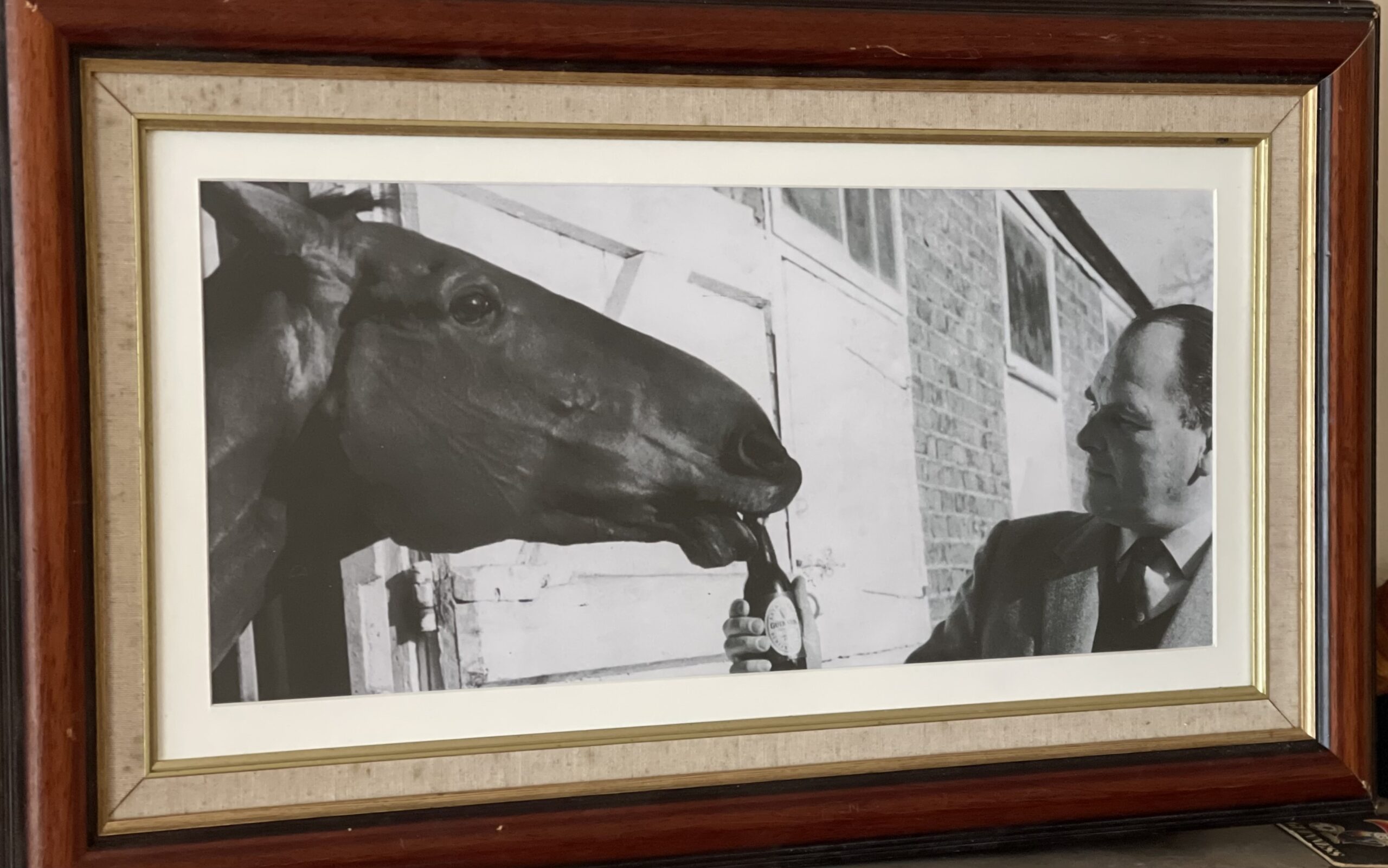 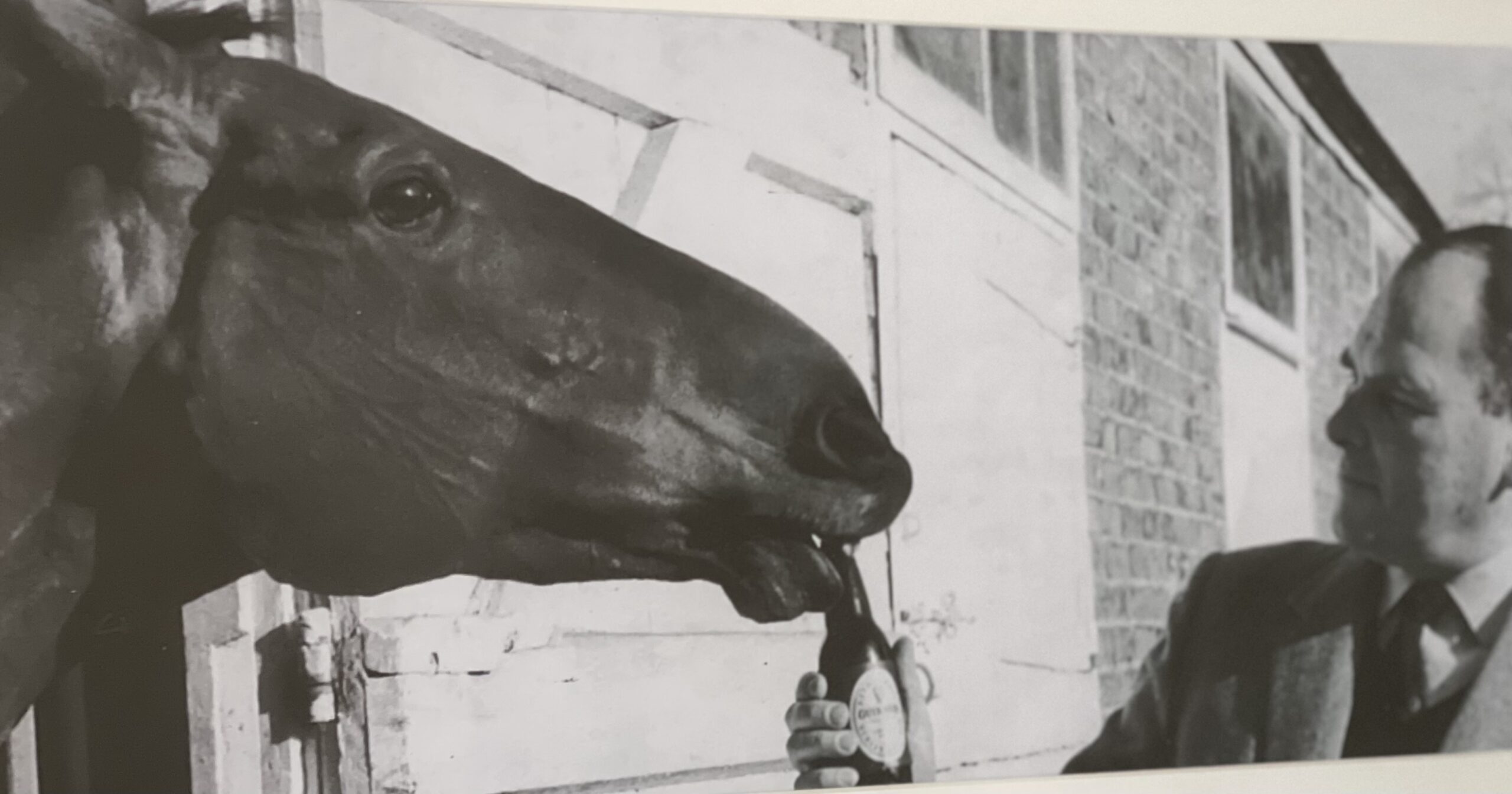 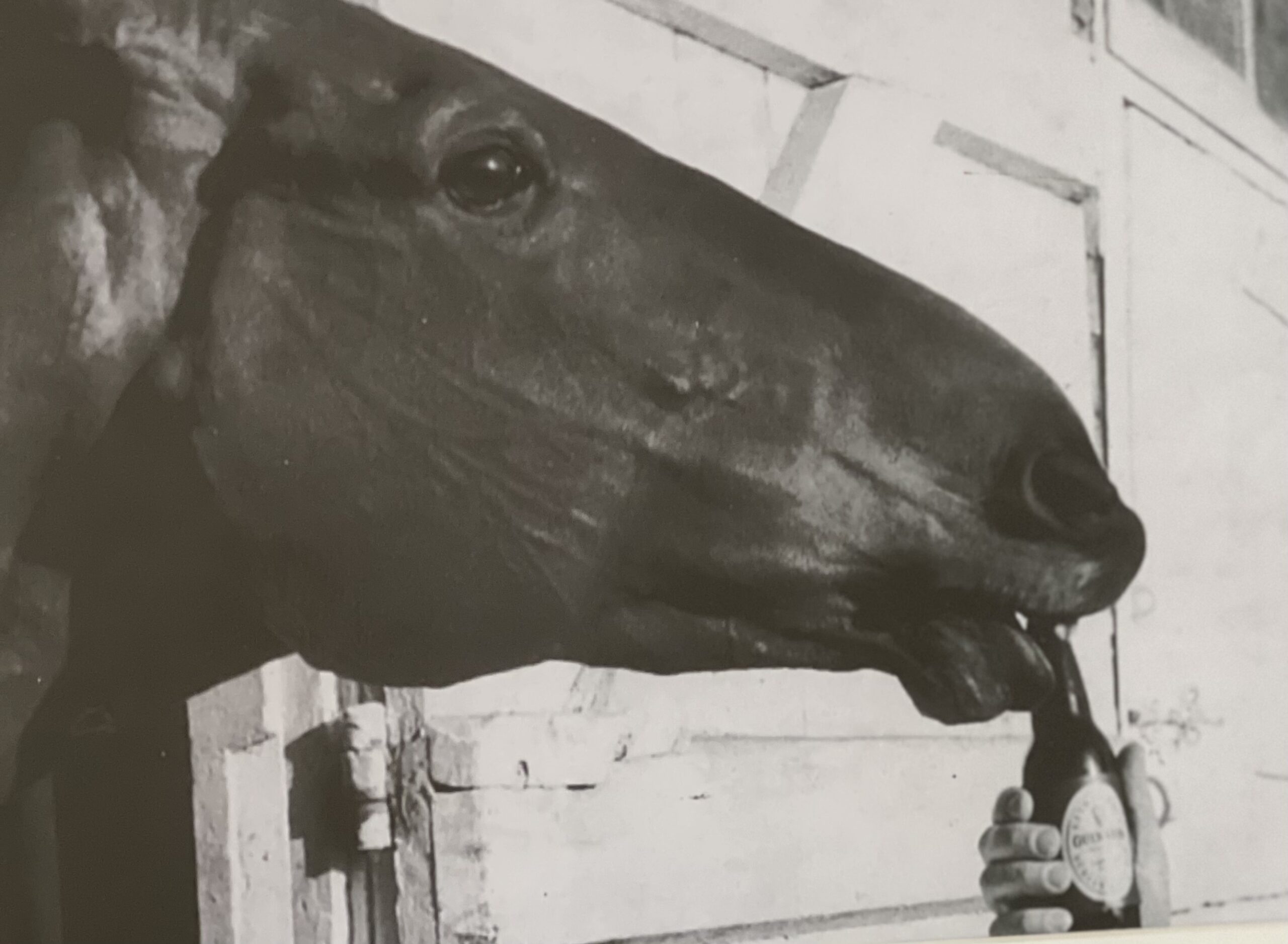