Arkle sponsored by Guinness in 1966

Great picture of a fit looking Arkle being paraded in front of an adoring crowd at a soccer grounds in 1966. His longtime partner Pat Taafe is looking slightly apprehensive while a rather keen”Himself” seems to be inn a hurry to get home.In front of them a Guinness advertising person carries a ‘large’ bottle of the black stuff for the ubiquitous photo opportunity. 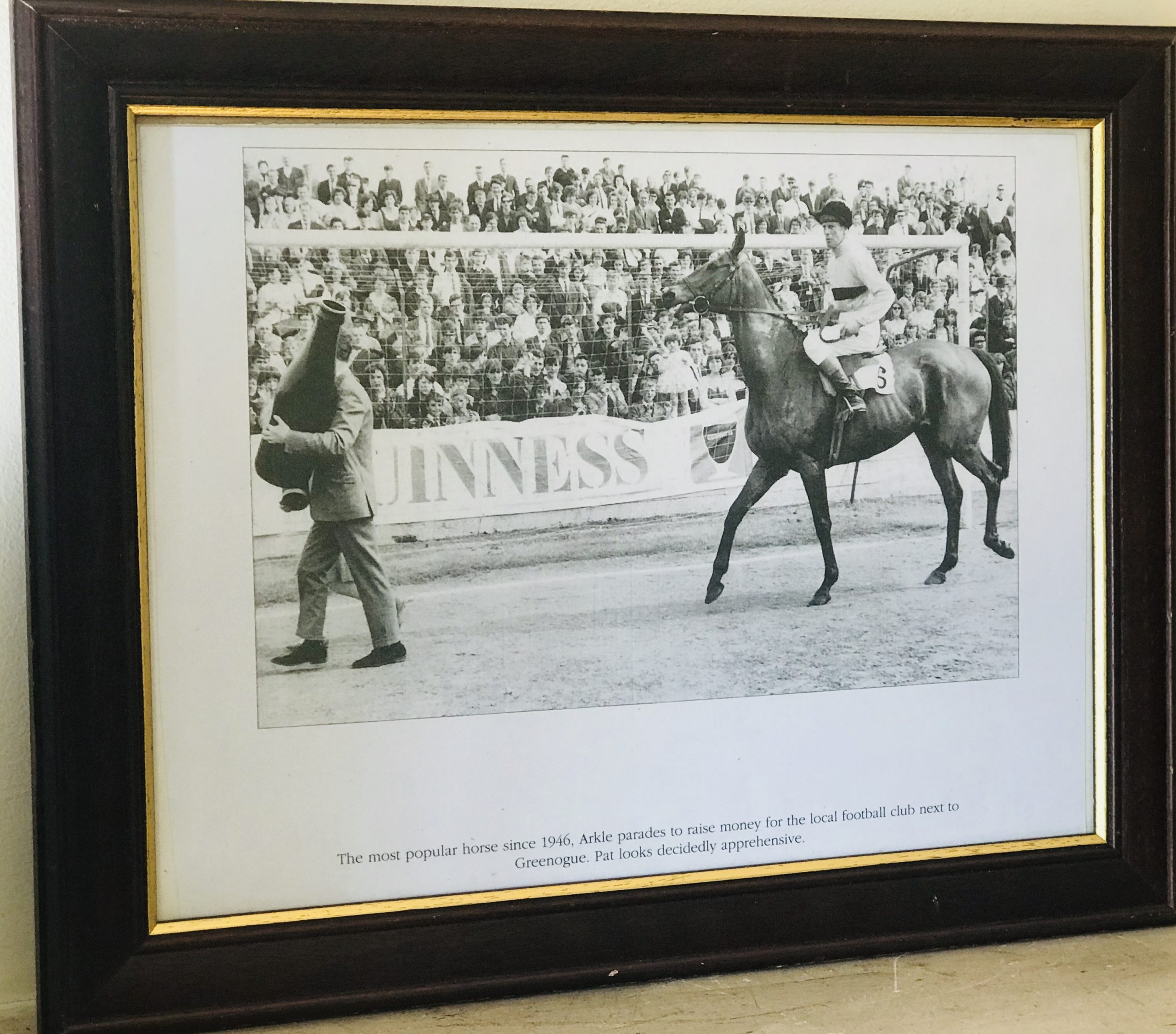 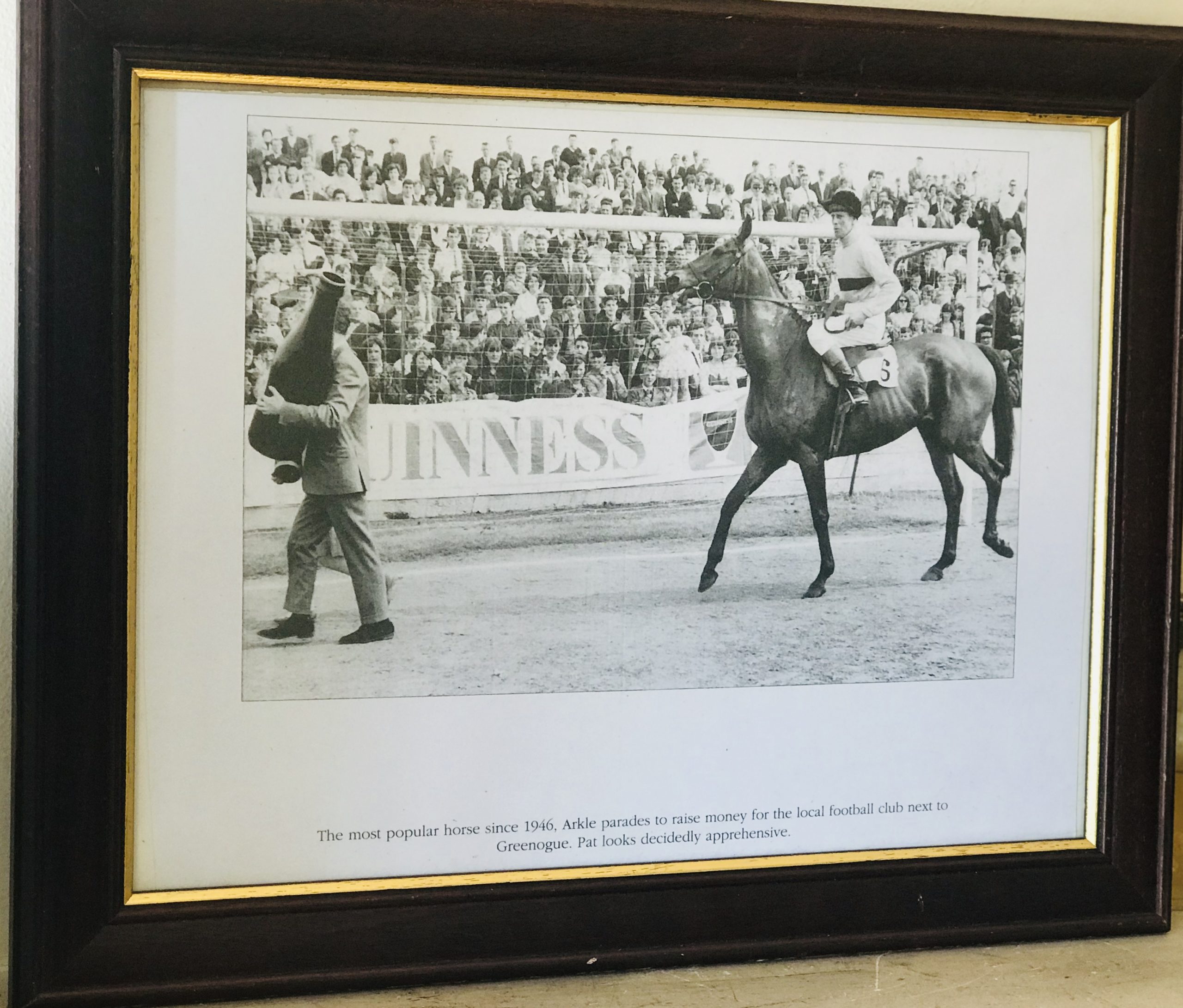 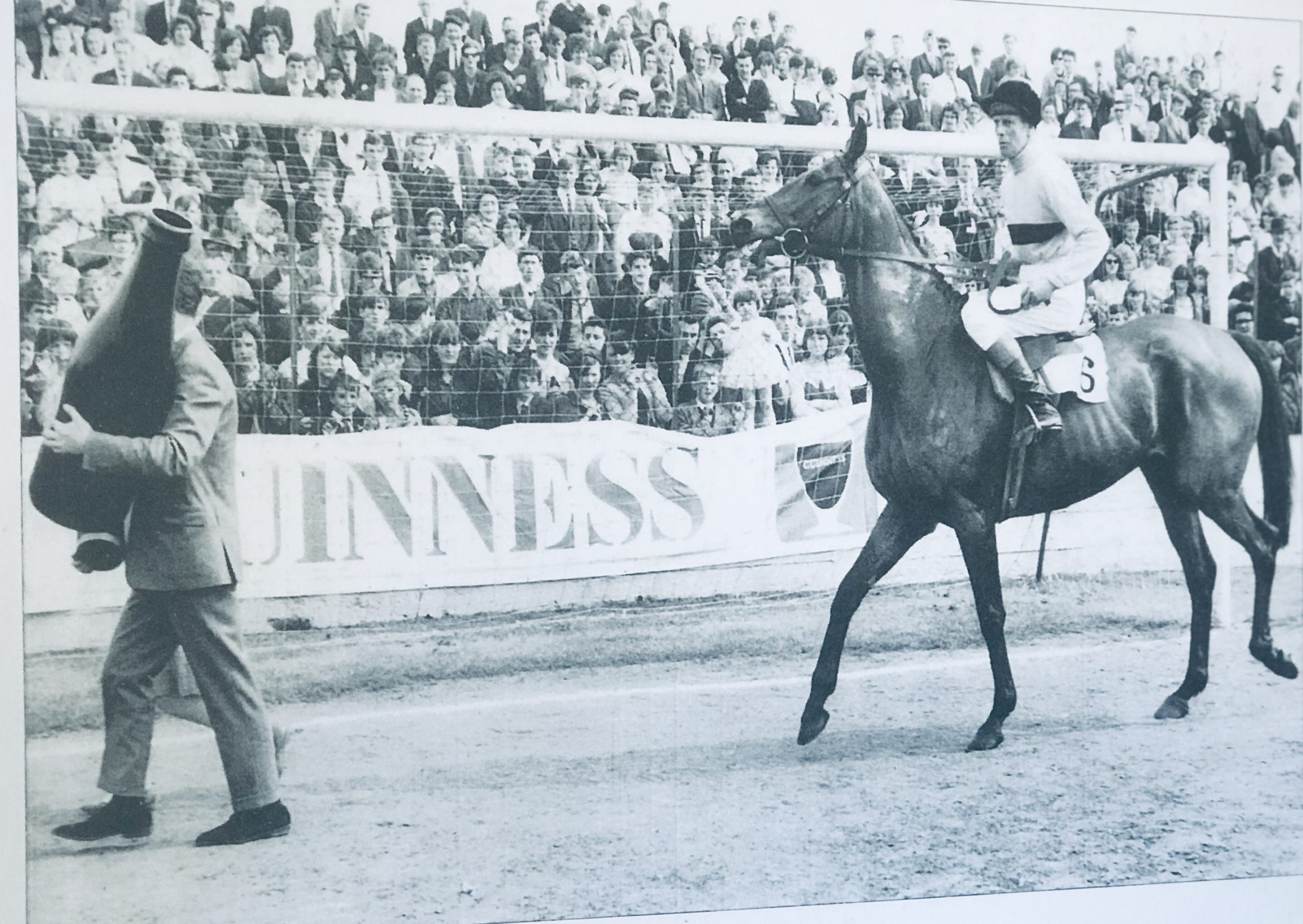