Give him a Guinness! advertising showcard

Humorous,Guinness showcard designed by the artist Tony Escott  from the 1960s.Escott was an English cartoonist & illustrator synonymous with Guinness adverts in the 1960s.Advertising showcards such as this excellent example were supplied by Guinness to be displayed on prominent locations in pubs such as counter tops and window sills etc 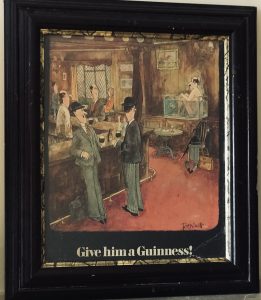 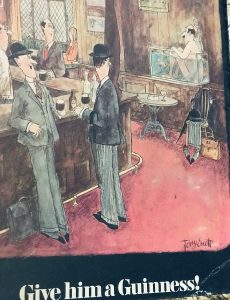 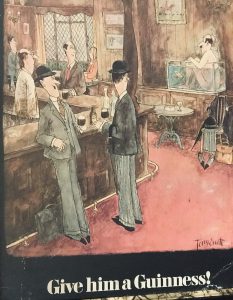