Beautiful print from the original of a Guinness inspired Irish Pub session.Encapsulates brilliantly the atmosphere and revelry when a few pints of porter and traditional Irish music combine ,with a classic John Gilroy Advert in the background adding to the authenticity of the scene. 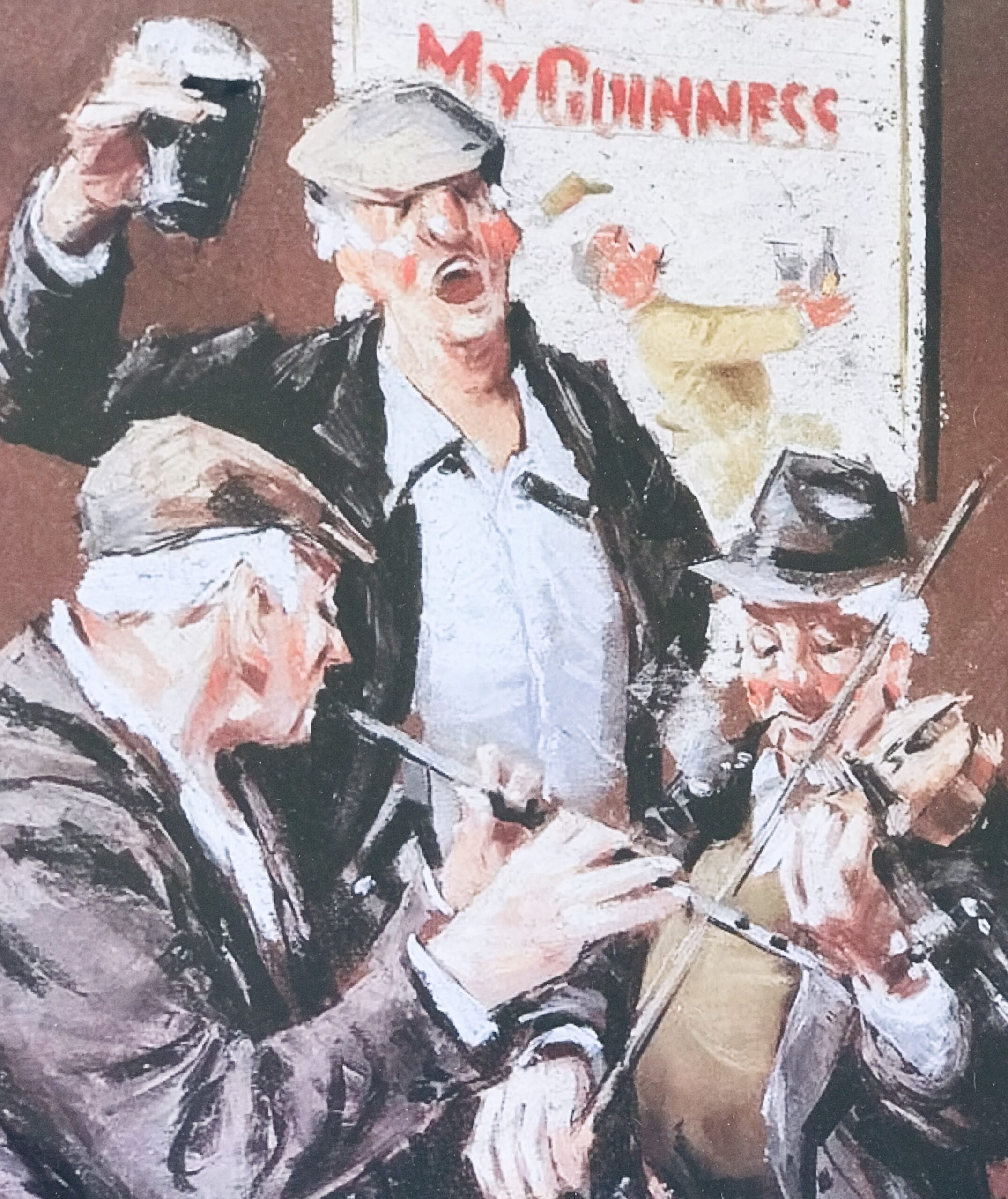 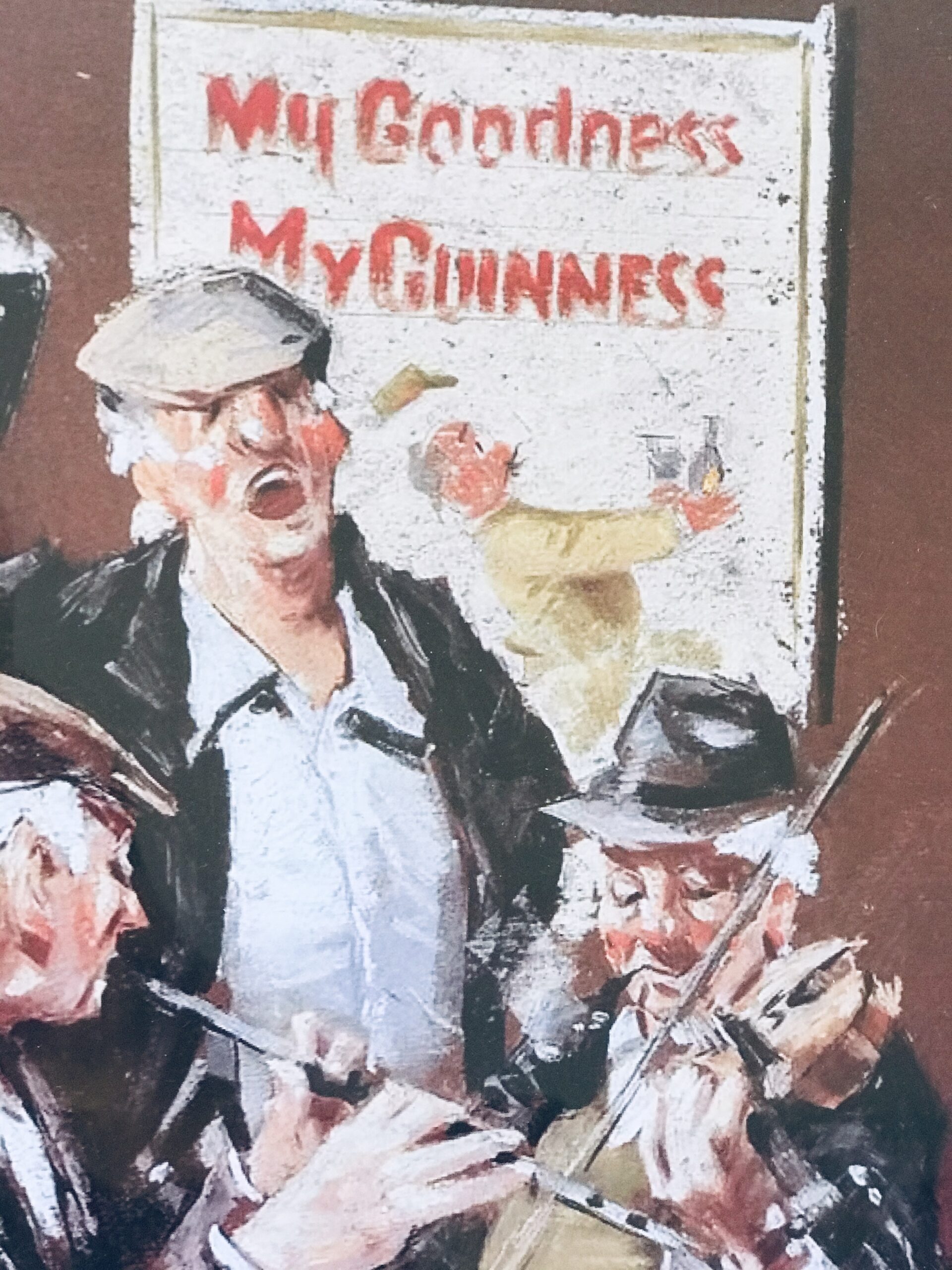 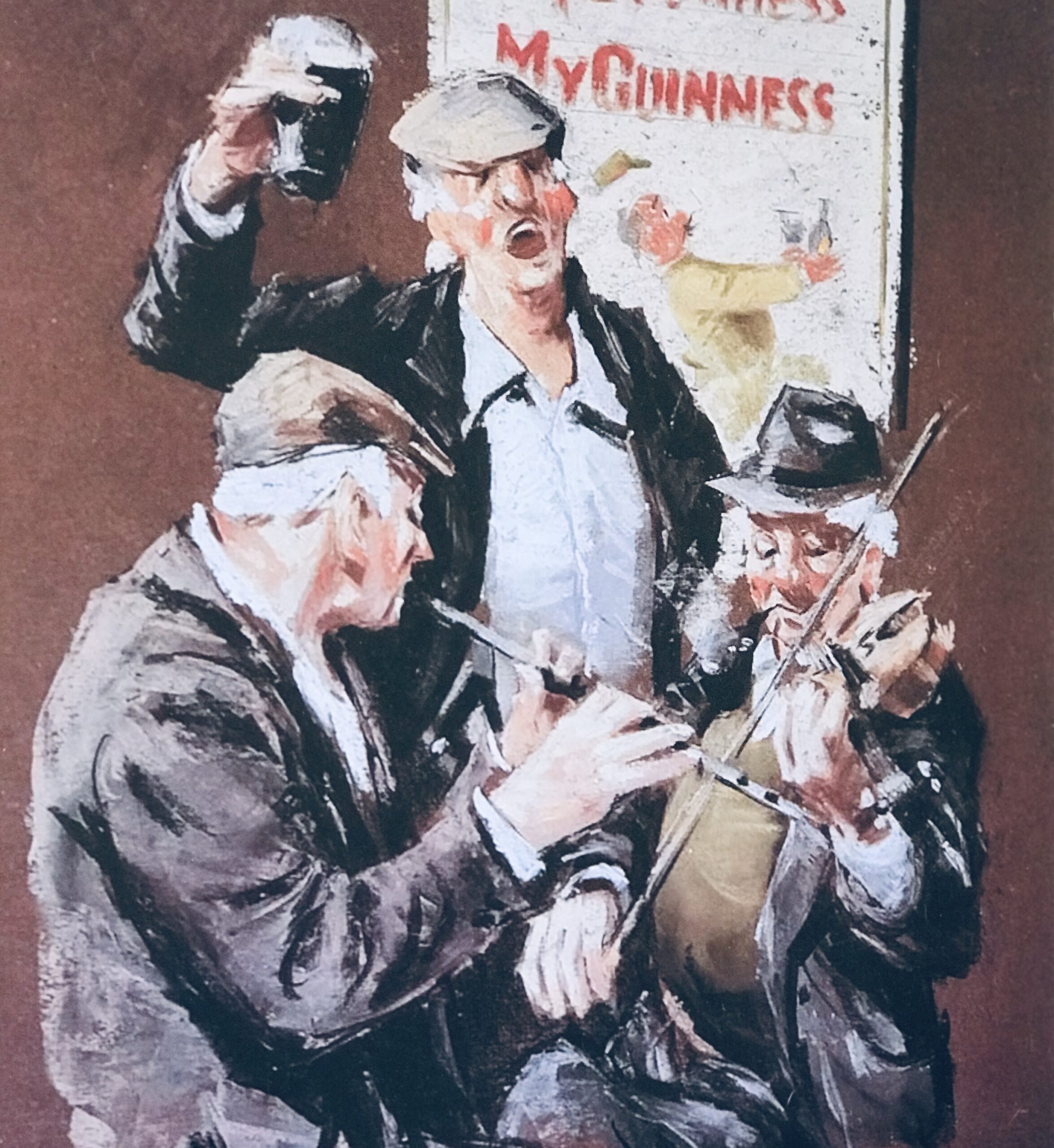 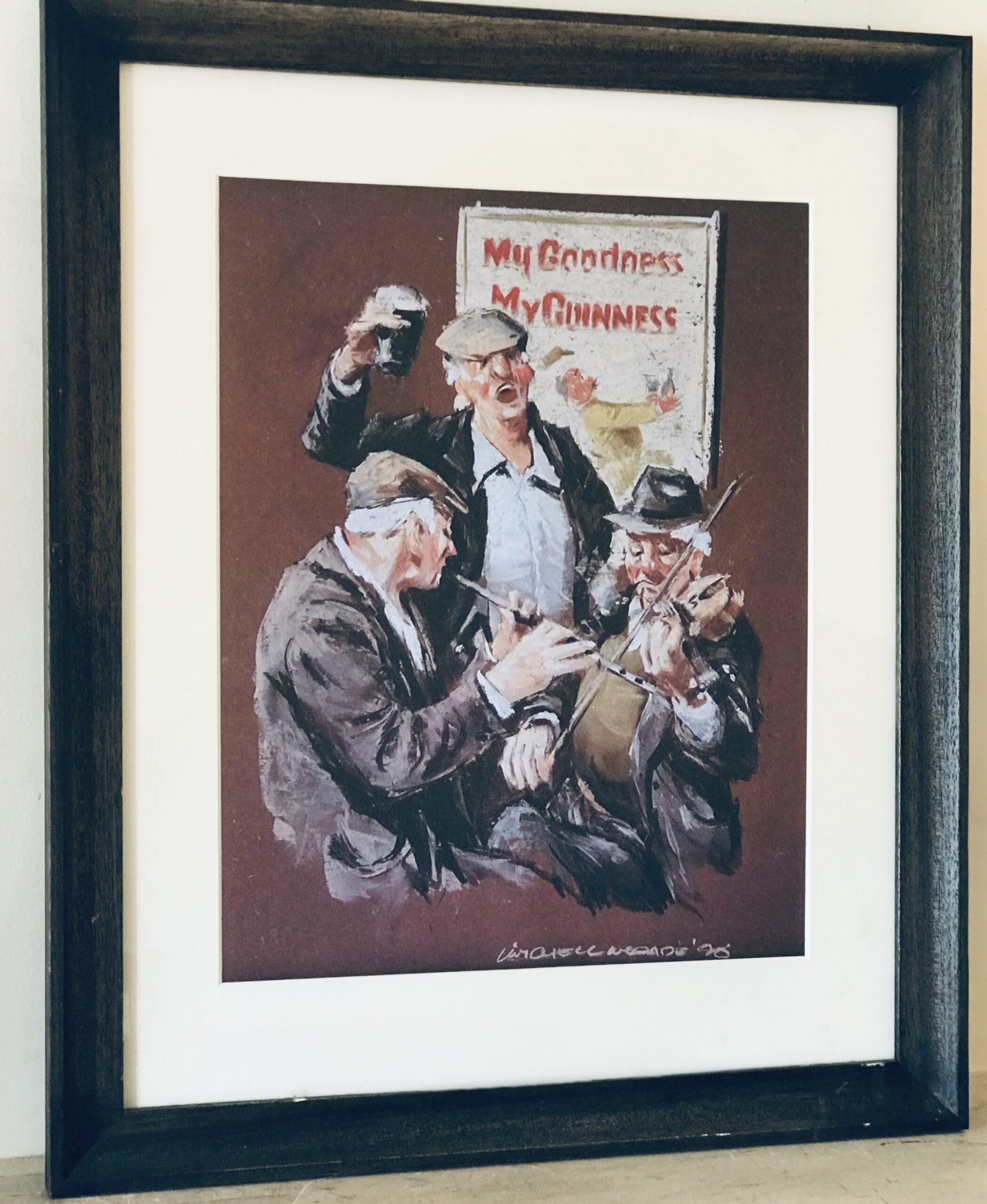