Behan was born in Dublin on 9 February 1923. His father was a house painter who had been imprisoned as a republican towards the end of the Civil War, and from an early age Behan was steeped in Irish history and patriotic ballads; however, there was also a strong literary and cultural atmosphere in his home.

At fourteen Behan was apprenticed to his father’s trade. He was already a member of Fianna Éireann, the youth organisation of the Irish Republican Army, and a contributor to The United Irishman. When the IRA launched a bombing campaign in England in 1939, Behan was trained in explosives, but was arrested the day he landed in Liverpool. In February 1940 he was sentenced to three years’ Borstal detention. He spent two years in a Borstal in Suffolk, making good use of its excellent library.

In 1942, back in Dublin, Behan fired at a detective during an IRA parade and was sentenced to fourteen years’ penal servitude. Again he broadened his education, becoming a fluent Irish speaker. During his first months in Mountjoy prison, Sean O Faolain published Behan’s description of his Borstal experiences in The Bell.

Behan was released in 1946 as part of a general amnesty and returned to painting. He would serve other prison terms, either for republican activity or as a result of his drinking, but none of such length. For some years Behan concentrated on writing verse in Irish. He lived in Paris for a time before returning in 1950 to Dublin, where he cultivated his reputation as one of the more rambunctious figures in the city’s literary circles.

In 1954 Behan’s play The Quare Fellow was well received in the tiny Pike Theatre. However, it was the 1956 production at Joan Littlewood’s Theatre Royal in Stratford, East London, that brought Behan a wider reputation – significantly assisted by a drunken interview on BBC television. Thereafter, Behan was never free from media attention, and he in turn was usually ready to play the drunken Irlshman.

The ‘quare fellow’, never seen on stage, is a condemned man in prison. His imminent execution touches the lives of the other prisoners, the warders and the hangman, and the play is in part a protest against capital punishment. More important, though, its blend of tragedy and comedy underlines the survival of the prisoners’ humanity in their inhumane environment. How much the broader London version owed to Joan Littlewood is a matter of debate. Comparing him with another alcoholic writer, Dylan Thomas, a friend said that ‘Dylan wrote Under Milkwood and Brendan wrote under Littlewood’.

Behan’s second play, An Giall (1958), was commissioned by Gael Linn, the Irish-language organisation. Behan translated the play into English and it was Joan Littlewood’s production of The Hostage (1958) which led to success in London and New York. As before Behan’s tragi-comedy deals with a closed world, in this case a Dublin brothel where the IRA imprison an English soldier, but Littlewood diluted the naturalism of the Irish version with interludes of music-hall singing and dancing.

Behan’s autobiographical Borstal Boy also appeared in 1958, and its early chapters on prison life are among his best work. By then, however, he was a victim of his own celebrity, and alcoholism and diabetes were taking their toll. His English publishers suggested that, instead of the writing he now found difficult, he dictate to a tape recorder. The first outcome was Brendan Behan’s Island (1962), a readable collection of anecdotes and opinions in which it was apparent that Behan had moved away from the republican extremism of his youth.

Tape-recording also produced Brendan Behan’s New York(1964) and Confessions of an Irish Rebel (1965), a disappointing sequel to Borstal Boy. A collection of newspaper columns from the l950s, published as Hold Your Hour and Have Another (1963), merely underlined the inferiority of his later work. When Behan died in Dublin on 20 March 1964, an IRA guard of honour escorted his coffin. One newspaper described it as the biggest funeral since those of Michael Collins and Charles Stewart Parnell. 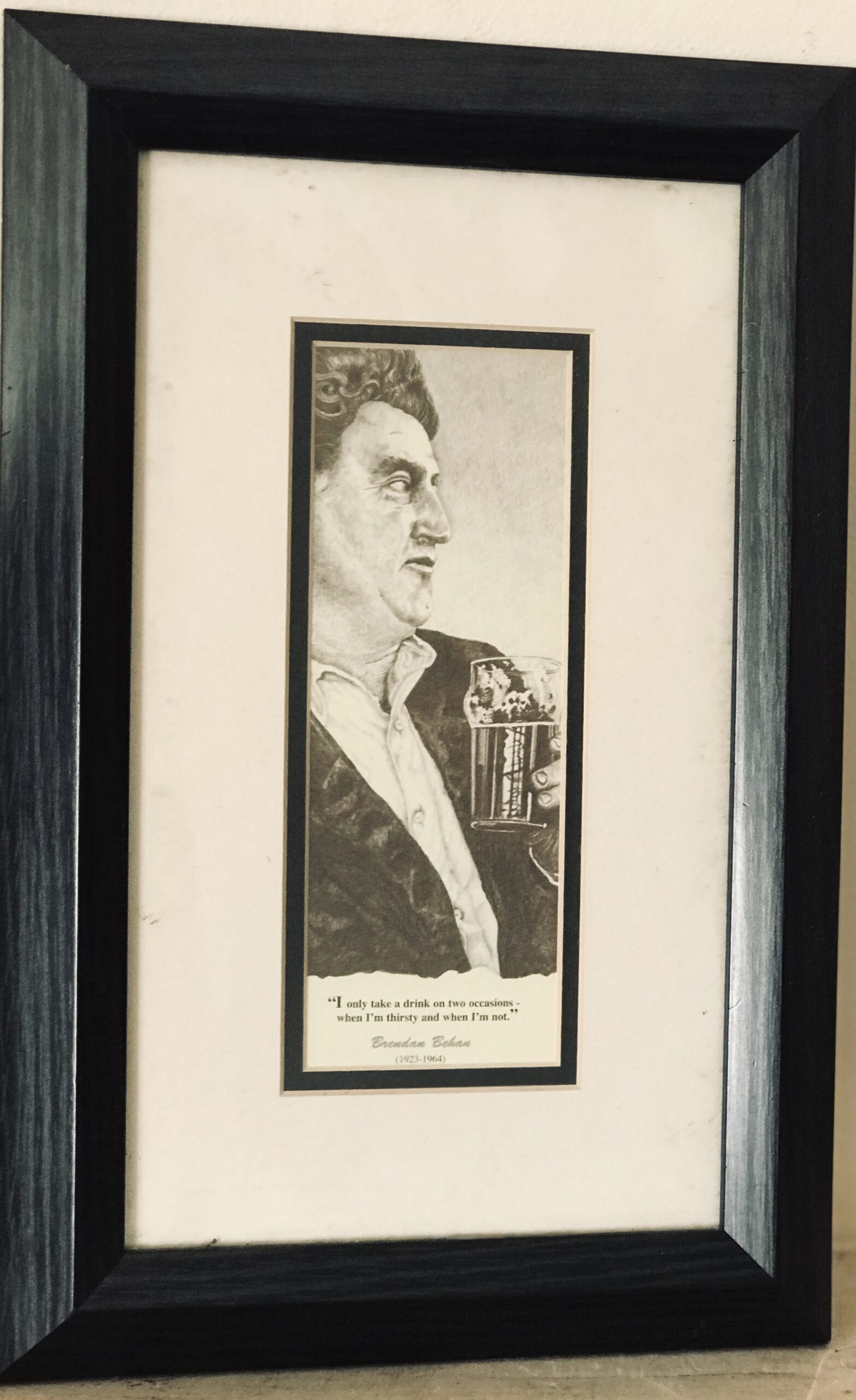 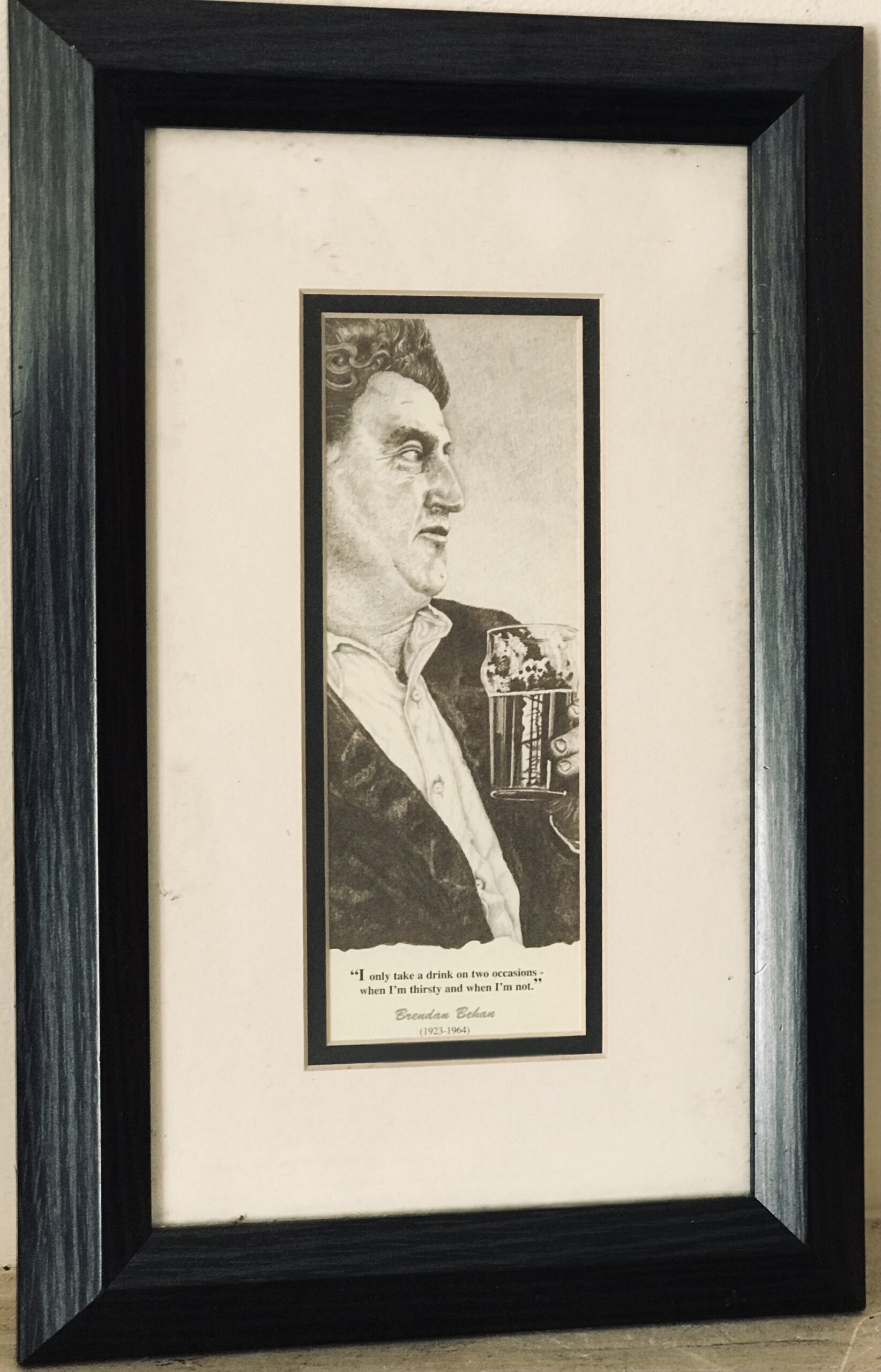