Original Fianna Fail Charles J Haughey Election Poster from the 1980s.Anyone who remembers the period of Irish Life when Charlie held sway over the country will either look at this poster with fond admiration or in horror -there is no middle ground !The most polarising and controversial figure of modern Irish history.

When, after protracted negotiations, numerous disappointments and postponements, you finally get to interview Charles J. Haughey, it emerges that the procedure is slightly differenet than with other interviews. First of all Charles J. Haughey interviews you. This, presumably, is so that he can reassure himself that you’re not the kind of person who’s going to come out with what is eloquently summed up by his colourful press secretary P.J. Mara as “any of that Arms Trial shite.”
P.J. is very good on the subject of what happens when people do. Or when they confront The Boss with Sean Doherty, telephone tapping and tape-recorders. “The shutters come down,” says P.J., illustrating graphically with both hands the downward motion of imaginary shutters descending to obscure Charles J. Haughey’s face. “The fuse starts to burn. And then you’ve had it.”

“You like very MI5-ish,” says C.J. Haughey as he rises to greet the Hot Pressreporter. His right hand is pressed against the left side of his midriff; either he’s trying to look Napoleonic or the stomach is at him. “What in the name of Jazus do you want to talk to me about?” Haughey’s tone is one of wearied resignation, leavened with a sizable dollop of friendliness. P.J. Mara points out that all the details were in the letter he gave him a few weeks ago.
“What letter?” Haughey demand blankly. “You gave me no letter. You never give me anything!” His gaze, mischievous but unflinching, meets P.J.’s head on. He knows that P.J. knows that he knows that in all probability P.J. did give him the letter. P.J. keeps his counsel.
It’s explained to Haughey that rather than dealing with the nitty gritty of issues and policies – his views on which are already well documented – the interview will be personal in emphasis. We would like to talk to him about issues affecting young people in modern Ireland but with particular reference to his own experiences as an, ahem, young person.
A flicker of a smile breaks through Haughey’s blank, quizzical expression. “Sure I’d never be able to remember that far back! That’s a long time ago.”
What kind of “issues”?
Crime, vandalism…
“Well what could I say about that?” he thinks out loud. “I don’t think I could say that I approve of youngsters knocking off BMW’s and so on,” he muses. “Although, I must admit, I always had a hidden desire to do something like that! I don’t suppose I could say anything like that, now could I?”
Hardly.
“What kind of other issues?”
The drug problem…
“Sex?” he asks and smiles sardonically. The reporter takes the opportunity to stress that the whole point of the interview is to portray the lighter, more personal side of Charles Haughey, which doesn’t normally come across in the media. Most people see him as an austere individual.
“Oh but I am austere” he responds, deadpan. “Deep down I’m very austere.” There isn’t the merest flicker of a smile. The reporter meets his stare, wondering if he’s supposed to laugh. He does. So does Charles J. Haughey. The reporter, it appears, has passed the audition, and the interview is duly arranged for the following Monday, which as it happens is the day that Garret Fitzgerald and Margaret Thatcher are due to have their now infamous summit meeting.
“What other people have you interviewed?” Haughey enquires.
The reporter does a quick mental check, in search of some respectable names to drop. For some odd reason he mentions Christy Moore. “Ah, he’s a bit of a rebel, isn’t he?” remarks Charles J. Haughey. “Christy wants to change the world!” He pauses. “I gave up trying to change the world a long time ago.” 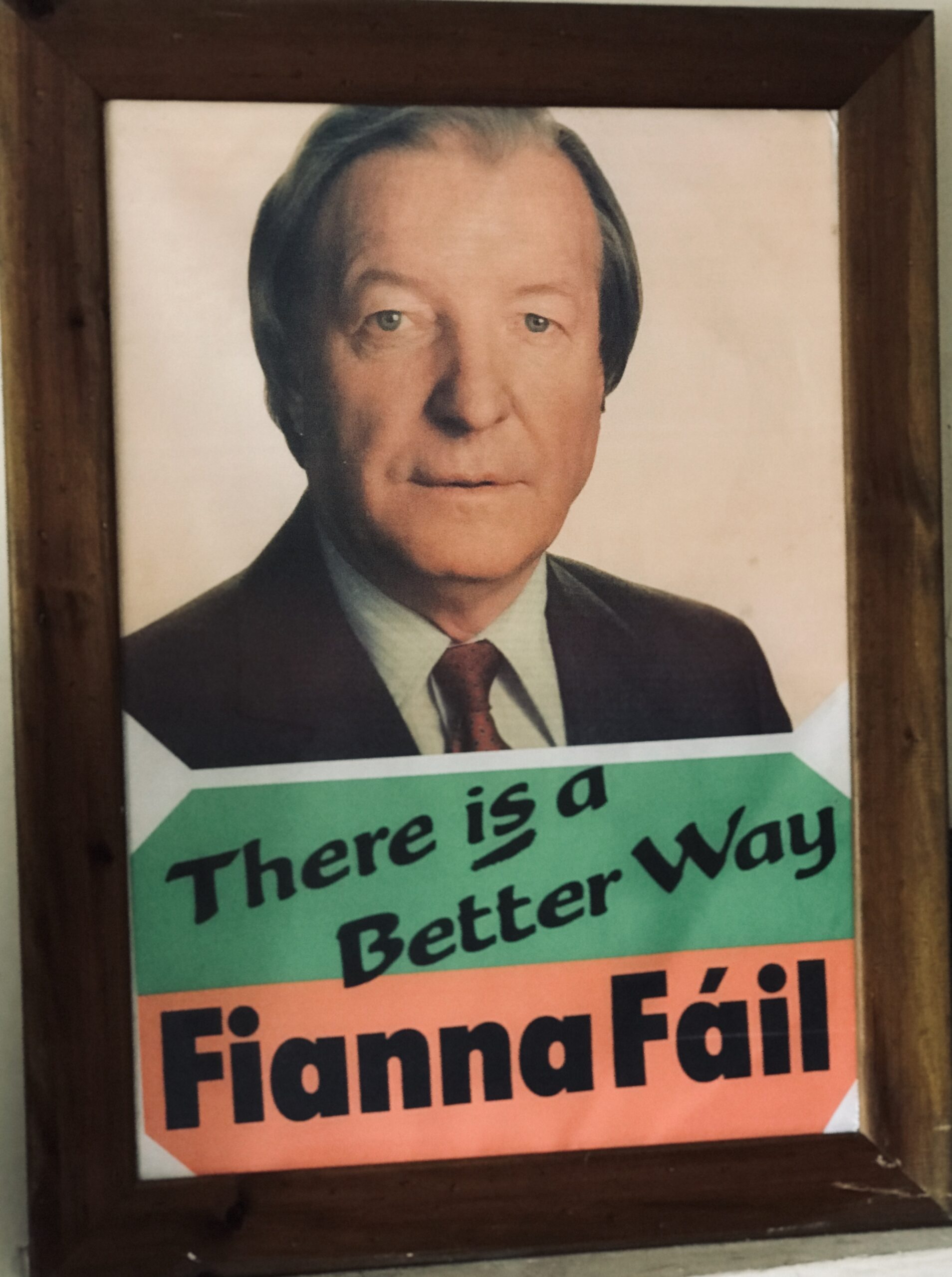 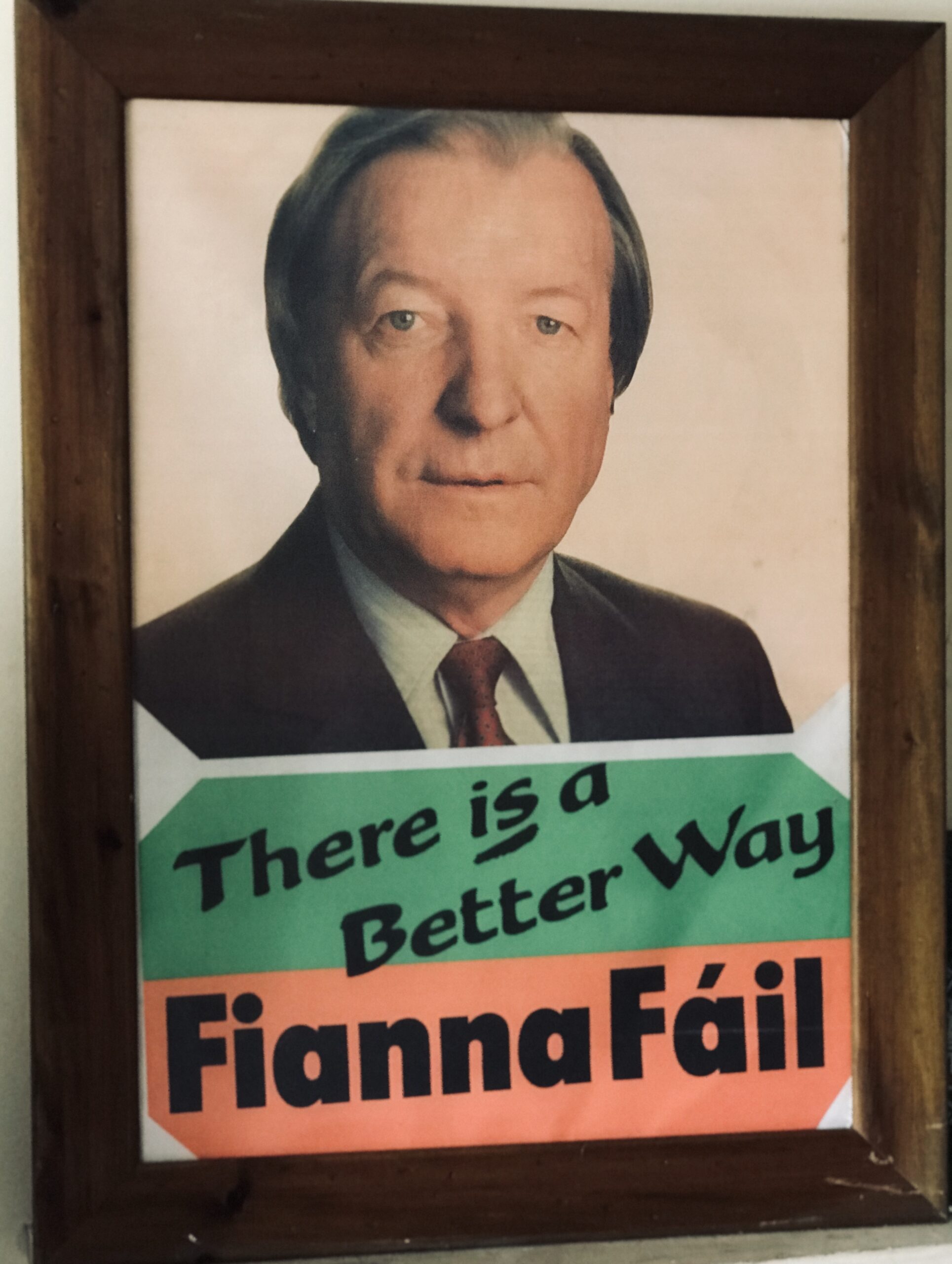 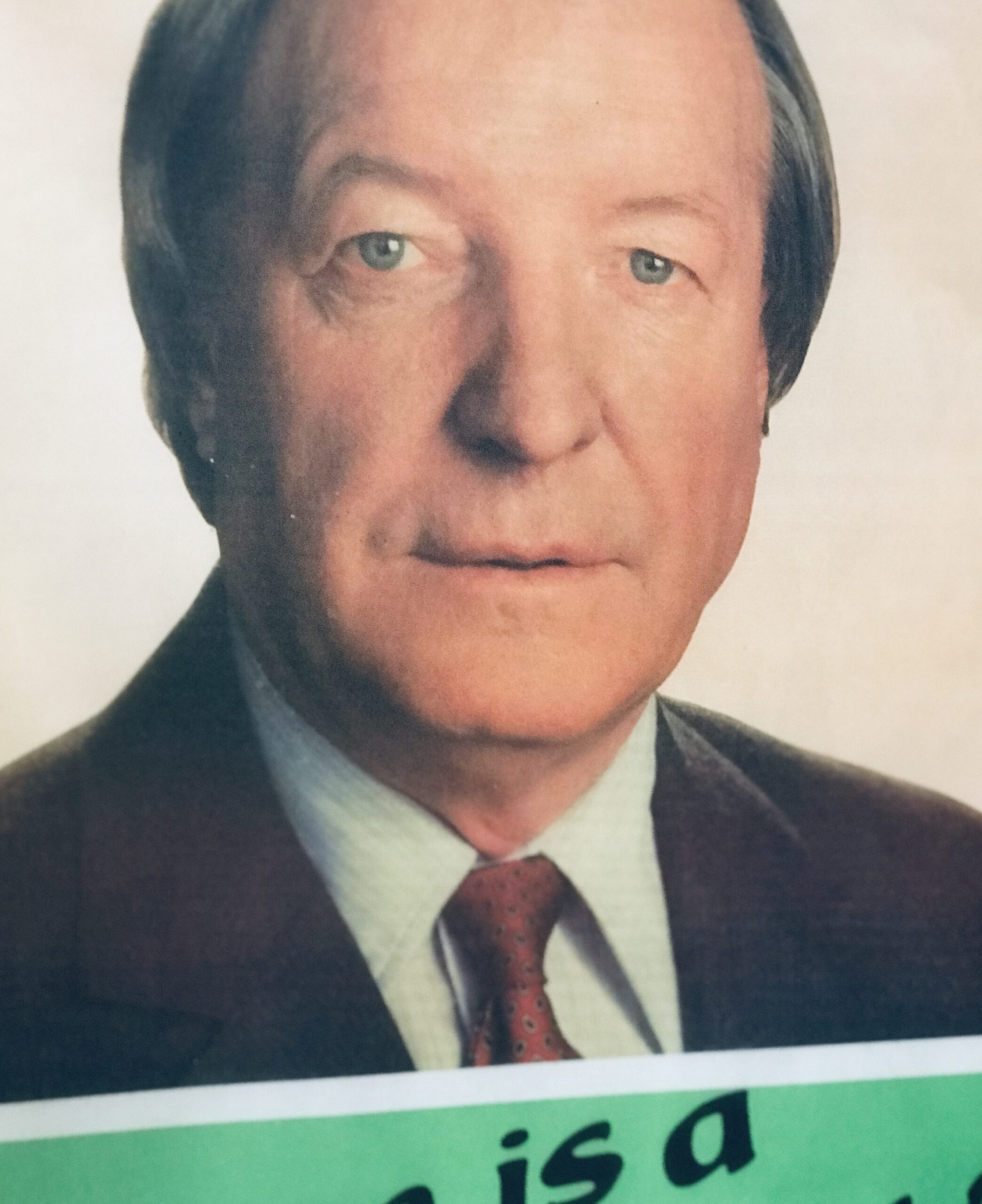 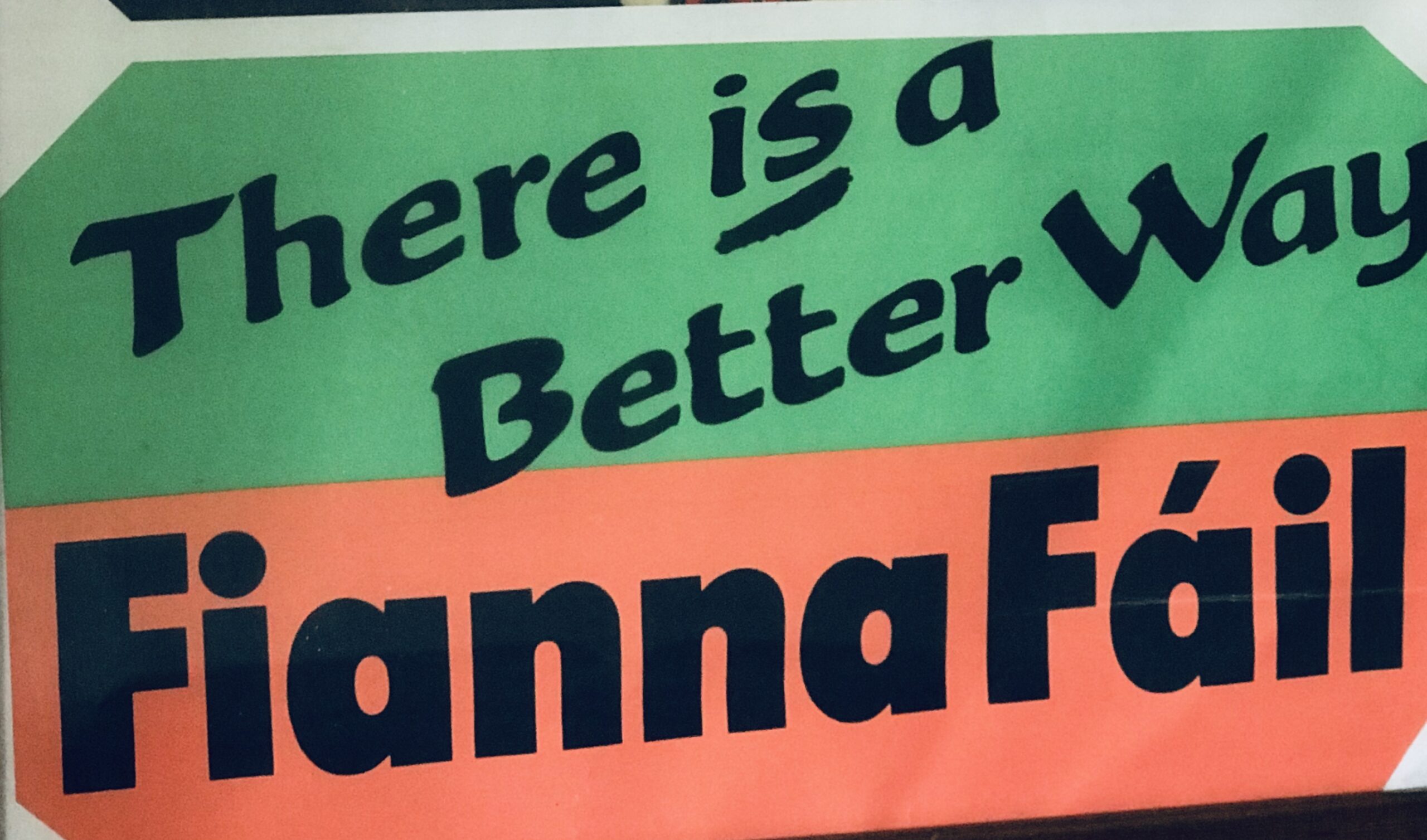