It was Richie Connor in the early 1990s who first introduced me to the concept. For the Offaly team he captained, ultimately to the 1982 All-Ireland, beating Dublin in the 1980 Leinster final had he said been their most significant achievement.

This was because winning the province represented a longer journey from where the team under Eugene McGee had started than the distance from there to the Sam Maguire.

Maybe the reasoning was slightly different in Clare but it amounted to the same thing. In the few weeks that shimmered in the radiant summer of 1995 between winning Munster and the All-Ireland semi-final against Galway, manager Ger Loughnane was certainly of that view.

“In Clare, Munster is the Mount Everest. All along Munster was what was talked about. I remember stopping Nenagh on the way back from the League final and a man saying, ‘if only we could win Munster once, it would make up for everything’.

“The reaction to our winning Munster has been far greater than what would happen in other counties if they won an All-Ireland.”

Clare had got to the stage where they were being upstaged by their footballers whose first Munster title since 1917 had been sensationally won in 1992 leaving the hurlers by-passed.

Anthony Daly, prominent in 1995 as the exuberant captain of the hurlers, remembered the big-ball community’s notions. He went to support the footballers in their All-Ireland semi-final against Dublin three years previously. In a bar beforehand he was mocked for band-wagoning.

“Do you go to our matches at all,” asks Daly.

“And when you do, does anyone ever tell you to f*** off back to west Clare?”

Twenty-five years ago today (Thursday) the county hurlers climbed Everest and in unexpected style. Clare had qualified for a third successive Munster final but the previous two, against Limerick and Tipperary had ended in heavy defeats.

This season would be different. Loughnane’s elevation from selector to manager crystallised the potential that his predecessor Len Gaynor had harnessed to reach Munster finals in 1993 and ‘94. They had taken the lessons of losing to a Zen level.

I remember seeing Loughnane and his selectors Mike McNamara and Tony Considine sitting in the Queens Hotel in Ennis after a league match with a fairly full-strength Tipperary.

They were super-pleased with the win, one of a number of markers laid down in a season that ended with defeat in the final against Kilkenny after which the manager famously declared that they would win Munster. The approach had been clear: find some new players, get incredibly fit and start beating likely rivals.

The winter had been a time of slog under McNamara’s fundamentalist training but the late spring with its brightening nights would be a time for sharpening the hurling and adding speed to their playbook.

“In a way the League final was the best thing that happened us,” said Loughnane after the provincial success. “All the old failings were there. We were too tense: all frenzy, no method. We were going to have to use our heads. If we’d won the League we definitely wouldn’t have won the Munster championship.”

Limerick were in a valley season between two demoralising All-Ireland final defeats but were raging favourites, having beaten Tipperary while Clare had laboured to get past Cork.

Clare also had their past, 11 Munster final defeats since the previous win in 1932 and well beaten by Limerick the previous year. The League final defeat a mere two months previously didn’t help the argument that the team had the ability to win big matches.

As a match it doesn’t look great these days. There are too many errors and too much imprecision in the play. Limerick look lethargic and off-key. They play the first half with the advantage of a strong wind but trail at half-time.

In a low-scoring, scrappy affair Clare aren’t doing themselves justice either but for a team,who had been trimmed in their previous finals they’re hanging in there for most of the first half. In other words the match isn’t getting away from them, either – which is an improvement on the recent past.

Goalkeeper Davy Fitzgerald’s expertly hit penalty edges Clare in front and tactically they have taken a grip. Fitzgerald is also excellent in goal producing a couple of saves that prevent Limerick from getting too involved.

Ollie Baker, of whom a lot had been expected when he was drafted into the team for the league, has a non-stop match, physically overshadowing the powerful Limerick pairing of Mike Houlihan and Seán O’Neill and beside him James O’Connor overcomes a difficult start and is on to everything, fast and fluent.

His six points include four from play and his only failure of marksmanship is a shot that hits the post late in the match. PJ O’Connell also gets four from play but is selected as MOTM for the job done on disorientating Ciarán Carey with his constant movement.

“I knew I had to keep Ciarán Carey away from the puck-outs,” he says afterwards, “so I kept him running around. I had done a lot of work for this and I knew I would not get winded or caught for pace. I just kept running him and I could see it was having an effect.”

Seán McMahon broke his collarbone in the semi-final against Cork and returns for the final a week earlier than ideal but thrives as Gary Kirby, who had destroyed him a year previously, falters.

Clare’s grip tightens. Limerick manage just four points in the second half, as the winners pull away steadily.

It’s a stunning win – a tribute to Loughnane, who in the years before the acid erosion of controversies and fallings-out is a charismatic leader, whose prescriptions were single-mindedly adopted by the players and embraced by the Clare public.

“The feeling was that at long last a barrier had been broken,” he said before the All-Ireland semi-final. “The atmosphere in the county was incredible. It was great for the footballers a couple of years ago but they hadn’t been waiting and failing the way the hurlers had for years and years and years. It was very emotional, more because it was so unexpected after Limerick trouncing Clare last year. A good few didn’t even go to Thurles because they were afraid.”

For those few weeks, they are on the cusp of history, something almost spiritual. In the week before the Galway semi-final, Loughnane recounted how he had happened upon a car accident.

He hurries to check on the elderly motorist, who is shaken but not injured. They are joined by a third man.

“This other fella is looking at me and says, ‘Ger, isn’t it?’ I said, ‘yes’ and he says to the poor old man: ‘It’s Ger Loughnane! Isn’t that enough to make you better?’”

A nurse arrives with the ambulance and pauses to comment.

“I hope everything’s right for Sunday.”

Need she have asked in that summer of summers? 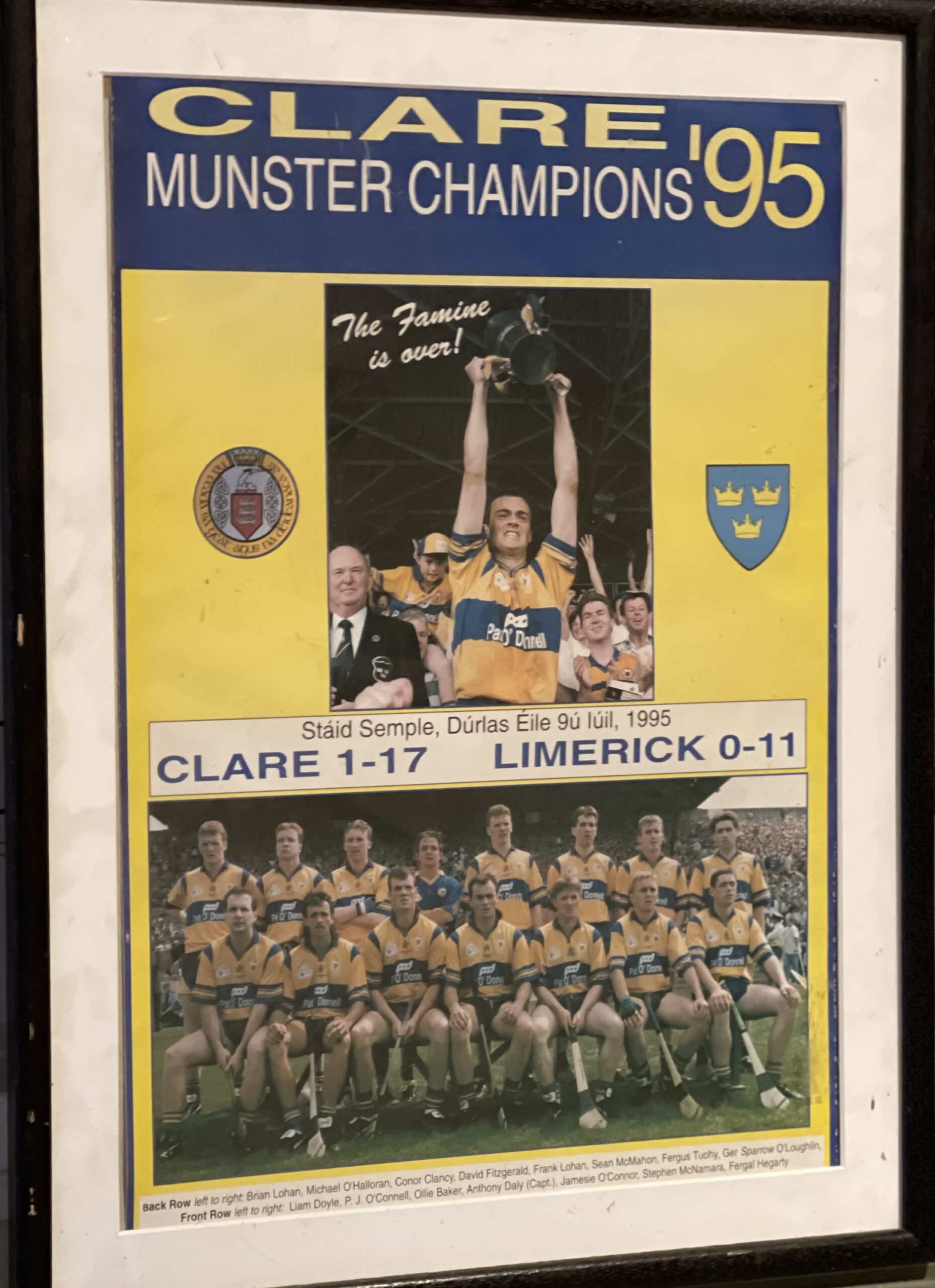