Ferrars History of Limerick was first published in 1787.There are very few copies still in existence and these 5 prints were generously taken from 16 original engravings in the first edition .They depict the Siege of Limerick in 1691,St Marys Cathedral,De Burgos Castle in Castleconnell,The Exchange building and the first page of the book. 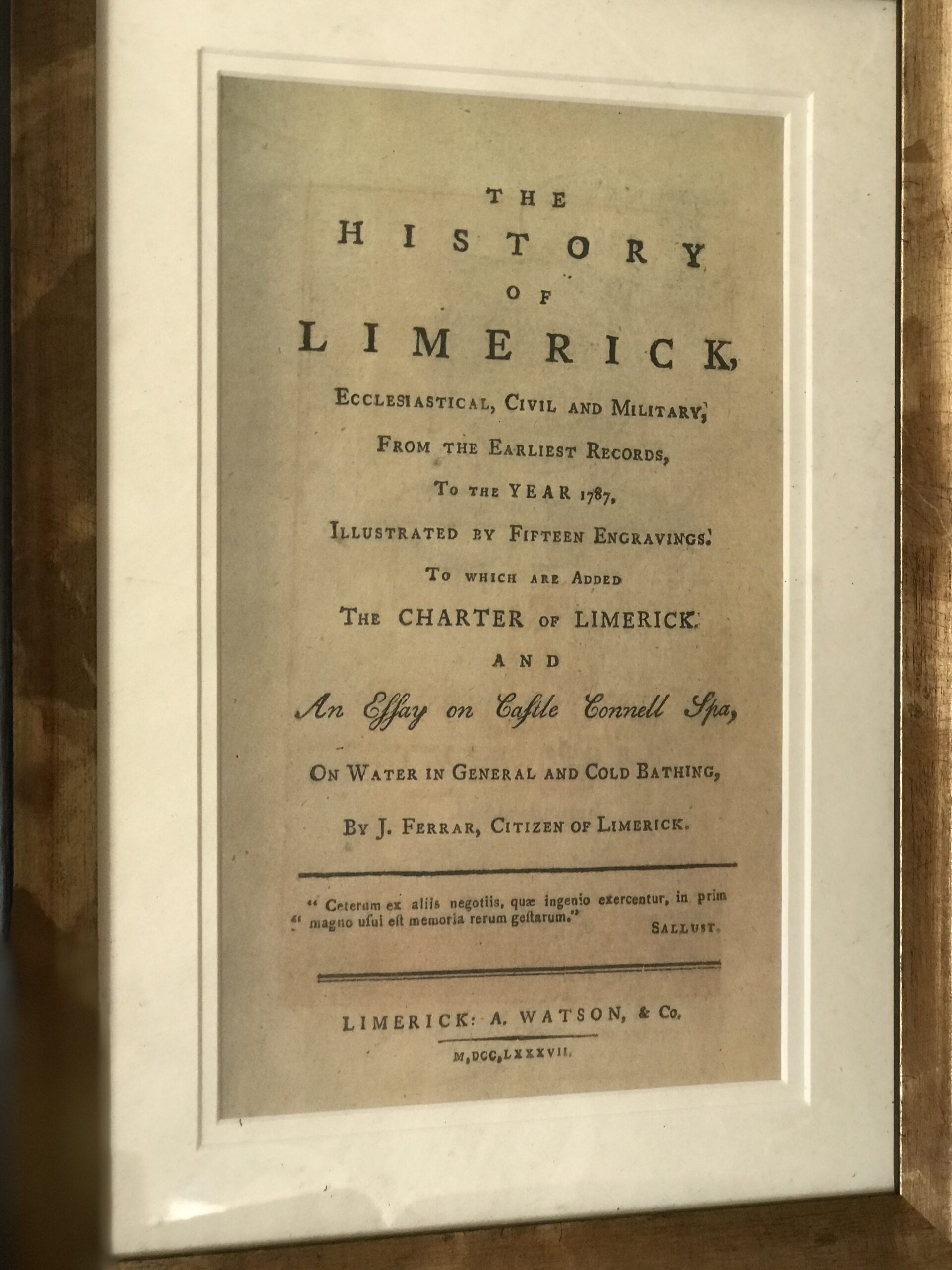 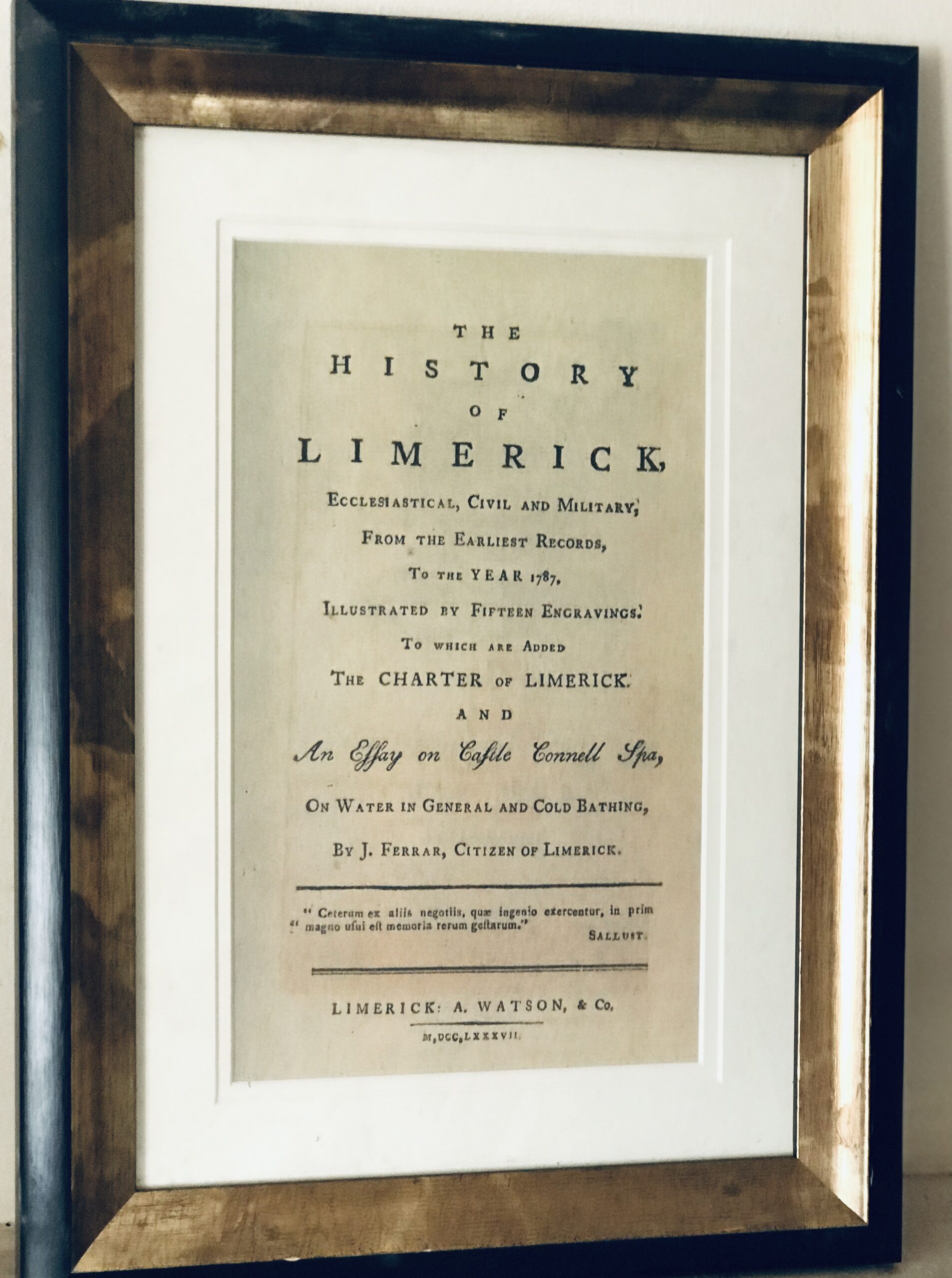 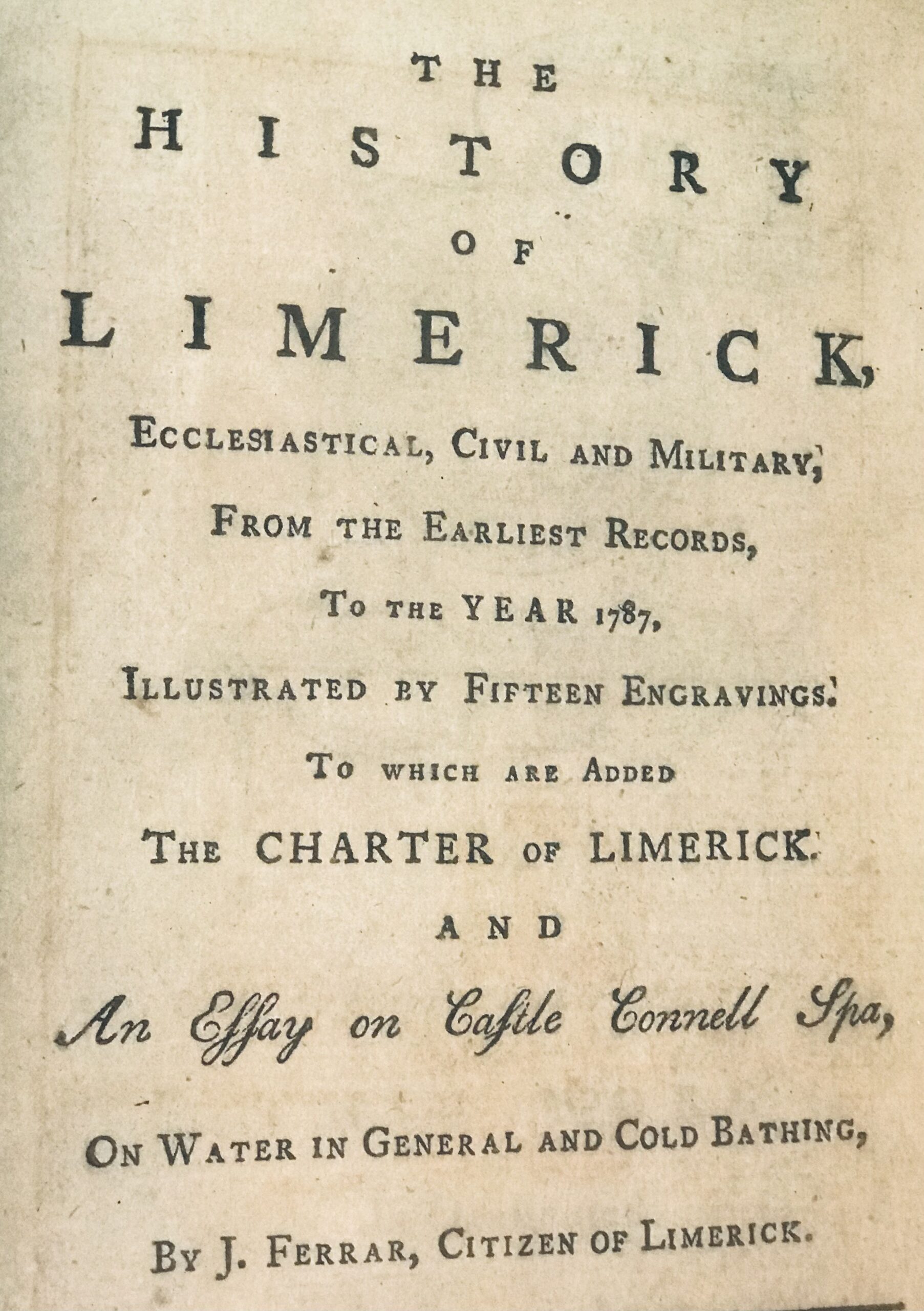 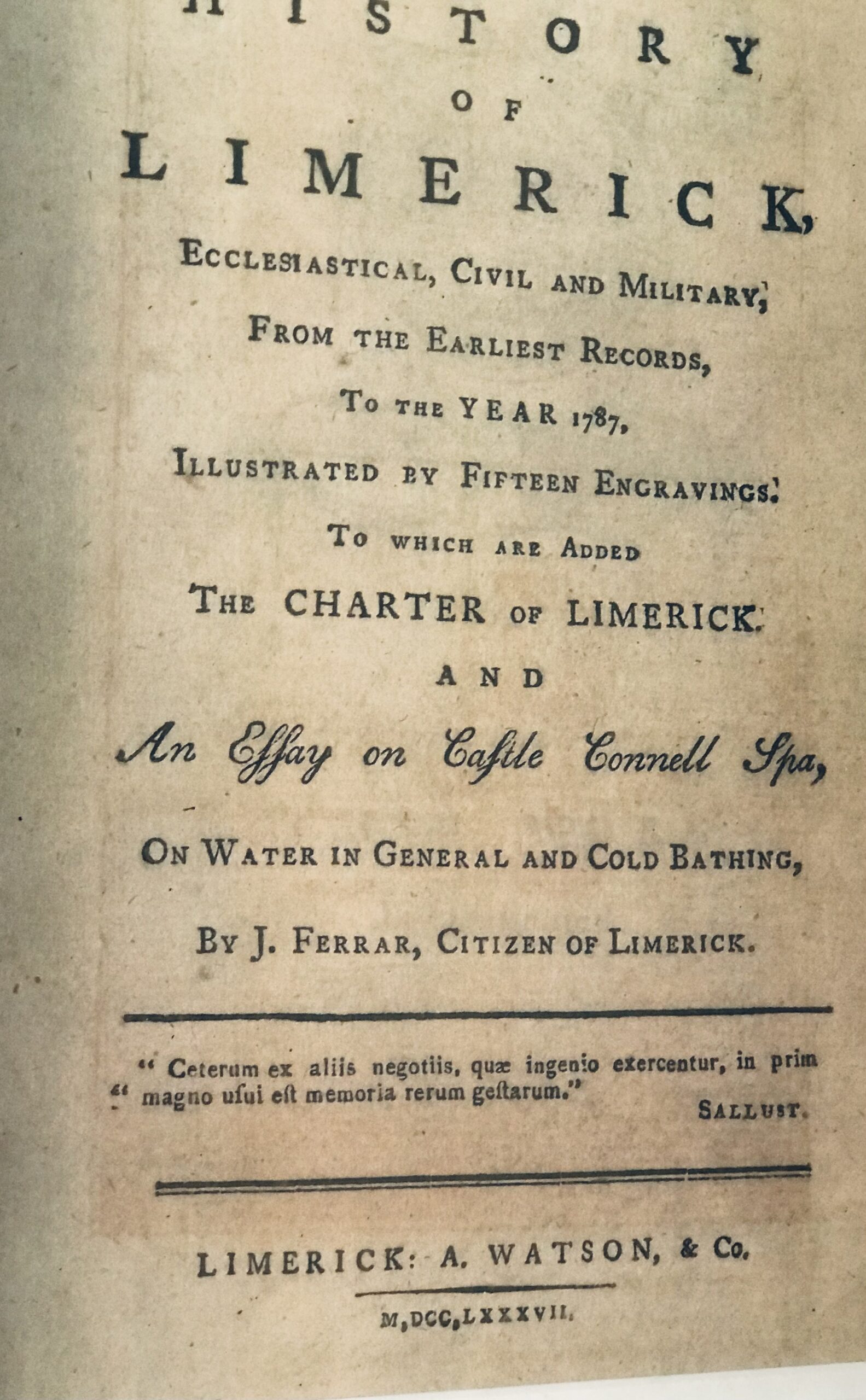