Delightful oil reproduction of a famous caricature of one if the all time great Flat jockeys Fred Archer,looking suitably famished after wasting to make a light weight.

The darling of the punters during the Victorian Era with 2748 wins ,Archer died at the very young age of 29.Because of his height (5ft 10in) Archer had to go to extreme lengths to maintain his racing weight of 8st 10lbs.In fact so much so,a Newmarket doctor JR Wright created a special purgative known as Archers mixture.After a typical herculean effort to make weight ,he fell ill after a very cold afternoon riding at the Curragh.He developed a very high fever and in a state of delirium and hallucinating, put a revolver in his mouth killing himself.The verdict of his inquest declared “the deceased committed suicide whilst in a state of unsound mind”.The gun used is now on display at the National Horseracing museum in Newmarket along with other of his effects. 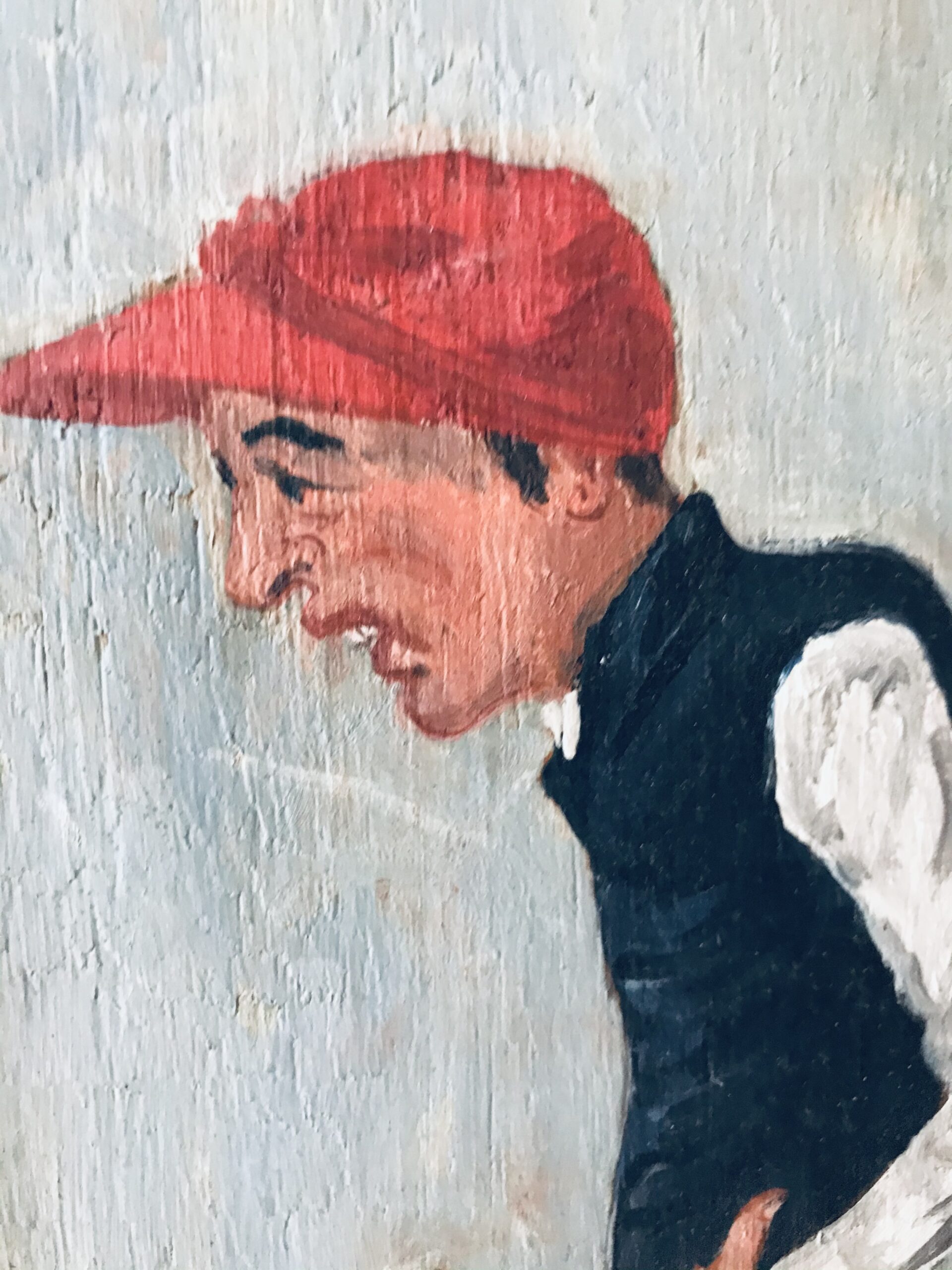 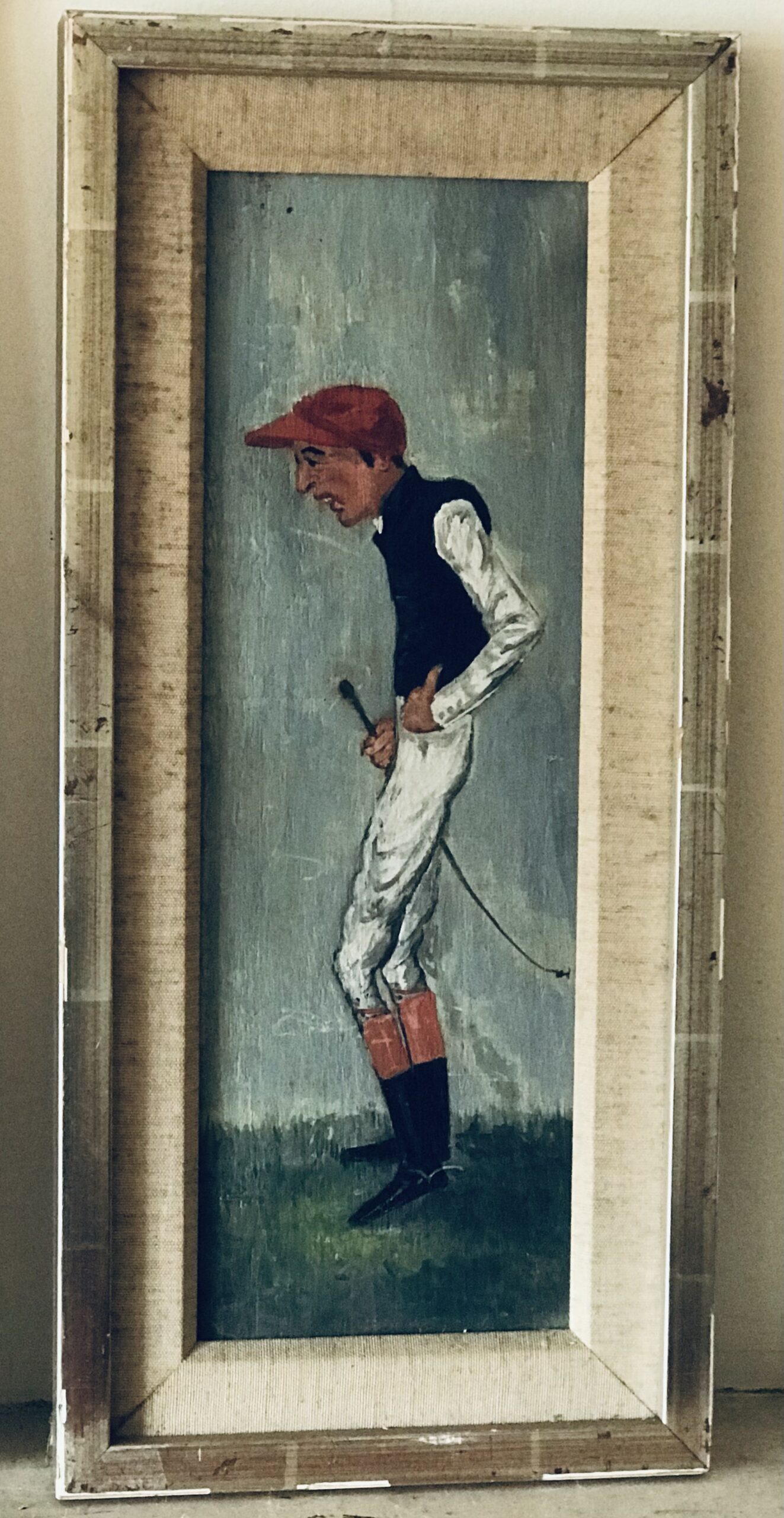