St. Patrick, (flourished 5th century, Britain and Ireland; feast day March 17), patron saint and national apostle of Ireland, credited with bringing Christianity to Ireland and probably responsible in part for the Christianization of the Picts and Anglo-Saxons. He is known only from two short works, the Confessio, a spiritual autobiography, and his Letter to Coroticus, a denunciation of British mistreatment of Irish Christians.
Patrick was born in Britain of a Romanized family. At age 16 he was torn by Irish raiders from the villa of his father, Calpurnius, a deacon and minor local official, and carried into slavery in Ireland. He spent six bleak years there as a herdsman, during which he turned with fervour to his faith. Upon dreaming that the ship in which he was to escape was ready, he fled his master and found passage to Britain. There he came near to starvation and suffered a second brief captivity before he was reunited with his family. Thereafter, he may have paid a short visit to the Continent.The best known passage in the Confessio tells of a dream, after his return to Britain, in which one Victoricus delivered him a letter headed “The Voice of the Irish.” As he read it, he seemed to hear a certain company of Irish beseeching him to walk once more among them. “Deeply moved,” he says, “I could read no more.” Nevertheless, because of the shortcomings of his education, he was reluctant for a long time to respond to the call. Even on the eve of reembarkation for Ireland he was beset by doubts of his fitness for the task. Once in the field, however, his hesitations vanished. Utterly confident in the Lord, he journeyed far and wide, baptizing and confirming with untiring zeal. In diplomatic fashion he brought gifts to a kinglet here and a lawgiver there but accepted none from any. On at least one occasion, he was cast into chains. On another, he addressed with lyrical pathos a last farewell to his converts who had been slain or kidnapped by the soldiers of Coroticus.
Careful to deal fairly with the non-Christian Irish, he nevertheless lived in constant danger of martyrdom. The evocation of such incidents of what he called his “laborious episcopate” was his reply to a charge, to his great grief endorsed by his ecclesiastical superiors in Britain, that he had originally sought office for the sake of office. In point of fact, he was a most humble-minded man, pouring forth a continuous paean of thanks to his Maker for having chosen him as the instrument whereby multitudes who had worshipped “idols and unclean things” had become “the people of God.”

The phenomenal success of Patrick’s mission is not, however, the full measure of his personality. Since his writings have come to be better understood, it is increasingly recognized that, despite their occasional incoherence, they mirror a truth and a simplicity of the rarest quality. Not since St. Augustine of Hippohad any religious diarist bared his inmost soul as Patrick did in his writings. As D.A. Binchy, the most austerely critical of Patrician (i.e., of Patrick) scholars, put it, “The moral and spiritual greatness of the man shines through every stumbling sentence of his ‘rustic’ Latin.”

It is not possible to say with any assurance when Patrick was born. There are, however, a number of pointers to his missionary career having lain within the second half of the 5th century. In the Coroticus letter, his mention of the Franks as still “heathen” indicates that the letter must have been written between 451, the date generally accepted as that of the Franks’ irruption into Gaul as far as the Somme River, and 496, when they were baptized en masse. Patrick, who speaks of himself as having evangelized heathen Ireland, is not to be confused with Palladius, sent by Pope Celestine I in 431 as “first bishop to the Irish believers in Christ.”

Before the end of the 7th century, Patrick had become a legendary figure, and the legends have continued to grow. One of these would have it that he drove the snakes of Ireland into the sea to their destruction. Patrick himself wrote that he raised people from the dead, and a 12th-century hagiography places this number at 33 men, some of whom are said to have been deceased for many years. He also reportedly prayed for the provision of food for hungry sailors traveling by land through a desolate area, and a herd of swine miraculously appeared.Another legend, probably the most popular, is that of the shamrock, which has him explain the concept of the Holy Trinity, three persons in one God, to an unbeliever by showing him the three-leaved plant with one stalk. Traditionally, Irishmen have worn shamrocks, the national flower of Ireland, in their lapels on St. Patrick’s Day, March 17.

Our parish patron saint, St. Columbkille, is not well known outside of Ireland and Scotland, yet he is one of the three great saints of Ireland and was the first missionary to Scotland. Born in 521 in Donegal, Ireland, to a family connected to kings and princes, Columb was a gifted man with incredible talents. He wrote poetry and music, established churches and monasteries, preached the gospel, and painted manuscripts.

Columb’s family sent him off to study under the future St. Finnian at Clonard Abbey, where he surrendered his princely claims, became a monk, and was ordained. He spent the next 15 years preaching and teaching in Ireland. As was the custom in those days, he combined study and prayer with manual labor. By the time he was 25, he had founded 27 Irish monasteries, including those at Derry, Durrow, and Kells, as well as some 40 churches. His work for the Church gained him the addition of “kille” to his name. Columb means “dove” in Gaelic and kille is “church”, so he came to be known as the “church’s dove”. Columb lived, with every ounce of his energy, the commission of Jesus to “go and make disciples.”

There is a famous tale about Columbkille that stands as one of the first copyright cases on record: Columbkille was so anxious to have a copy of Finnian’s Psalter that he shut himself up at night in the church that contained it and secretly transcribed it by hand. He was discovered by a monk who watched him through the keyhole and reported it to his superior. Bibles and prayer books were so scarce in those days that Abbot Finnian claimed the copy, refusing to allow it to leave the monastery. Columbkille refused to surrender it until he was obliged to do so, under protest, on Finnian’s appeal to King Diarmaid, who said, “To every cow its calf,” meaning to every book its copy.

While historically a bit unclear, an unfortunate period followed, during which, owing to Columbkille’s protection of a refugee and his impassioned denunciation of an injustice by King Diarmaid, war broke out between the clans of Ireland, and Columbkille became an exile of his own accord. Filled with remorse on account of those who had been slain in battle and condemned by many of his own friends, he experienced a change of heart and an irresistible call to preach to those who had not heard the gospel. In 563, at the age of 42, he left Ireland with 12 companions and landed on an island now known as Iona. Here on this desolate rock, only three miles long and two miles wide, he began his work. Iona became a center of Christian learning, the heart of Celtic Christianity, and a potent factor in the conversion of the Picts, Scots, and Northern English. Monks from the monasteries established by Columbkille would later travel to mainland Europe and Christianize the Frank and Germanic tribes.

There are many miracles and incredible events recorded in the biography of St. Columbkille. His memory remains a potent force in Celtic lands, and his poetry and songs are still sung:

“Alone with none but Thee, my God, I journey on my way; what need I fear when Thou art near, O King of night and day?”

t Brendan was born in Annagh, Co. Kerry in 484. Very little is known about his life when he was young, but reports told how brightly lit angels hovered over the house when he was born. He was ordained a priest by Bishop Erc in 512.

St. Brendan set up a lot of monasteries in Ireland. One was set up at Ardfert, at the foot of Mount Brandan in Co. Kerry. However, the most famous one was at Clonfert in Co. Galway. That monastery was set up in 560 – that’s almost 1,500 years ago! Today there is a big cathedral at Clonfert where he is buried. St Brendan the Navigator
Courtesy of An Post
Of all the Irish saints, St. Brendan was the most adventurous. He loved travelling on the sea and was very skilled with the coracle (small boat). On some of his earlier ventures, he visited Britain, many of the islands off the coast of Scotland and possibly even Iceland.

Yet, St. Brendan’s longest adventure at sea was still to come. A manuscript was written in the 9thcentury that tells the story of his famous voyage in search of Hy Brasail, or the Island of the Blessed. This manuscript is called Navigatio Sancti Brendani Abbatis. That is Latin for ‘Voyage of St. Brendan the Abbot’.

This voyage lasted for seven years. He probably travelled to Iceland, Greenland and maybe even America. The manuscript is full of the adventures of St. Brendan’s journey. One story tells how St. Brendan landed on an island that was actually a great big sea-monster. Another story tells how he narrowly escaped a sea-cat as big as a horse!

In the 1970s, an explorer called Tim Severin read The Voyage of St. Brendan the Abbot. He decided to follow St. Brendan’s journey and to travel in the same type of boat St. Brendan had – a coracle. He proved that St Brendan may have been the first European to set foot in America.

St Brendan died in 578 at Annaghdown. His feast day is celebrated on 16thMay, and he is known as the patron saint of seafarers and travellers. 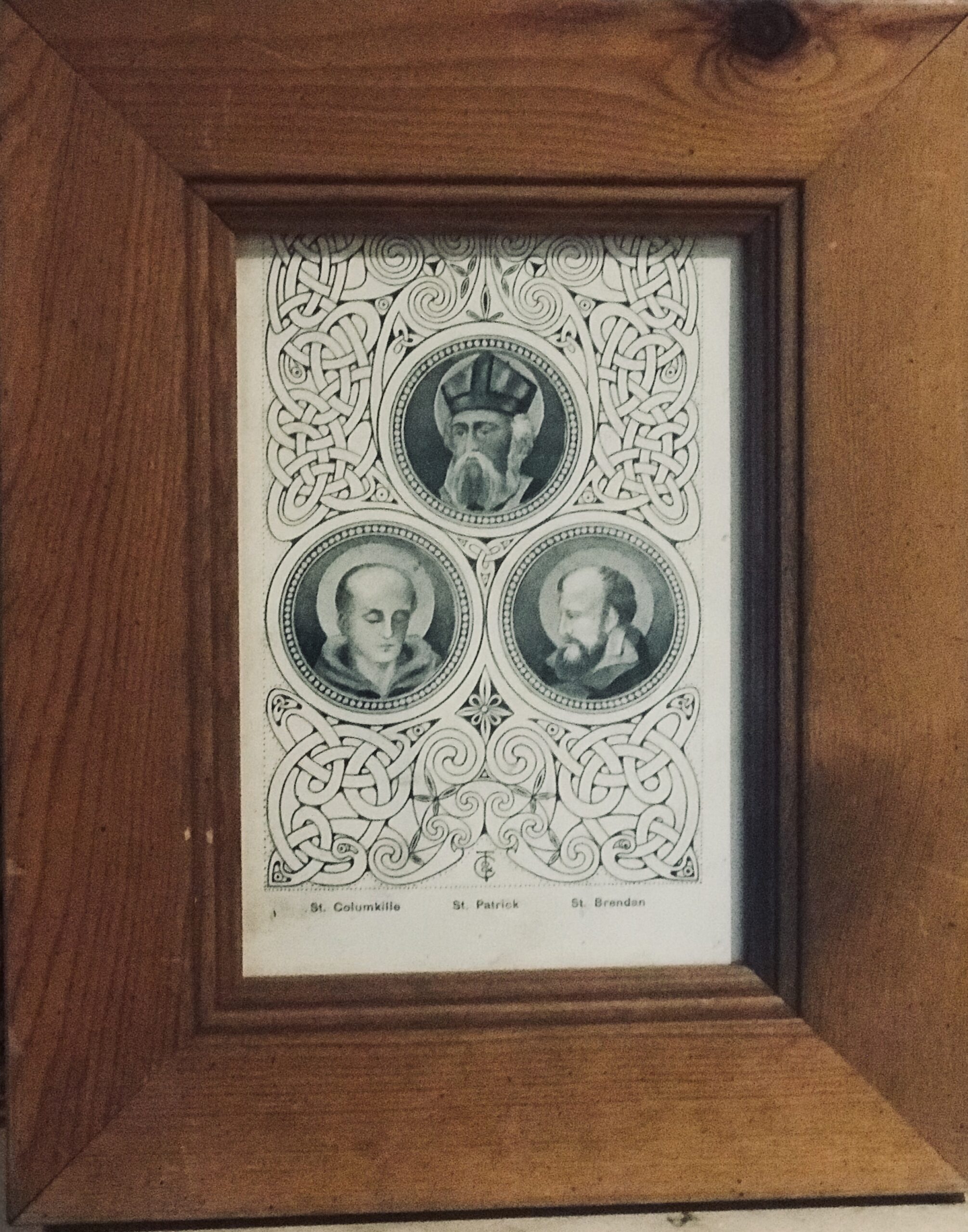 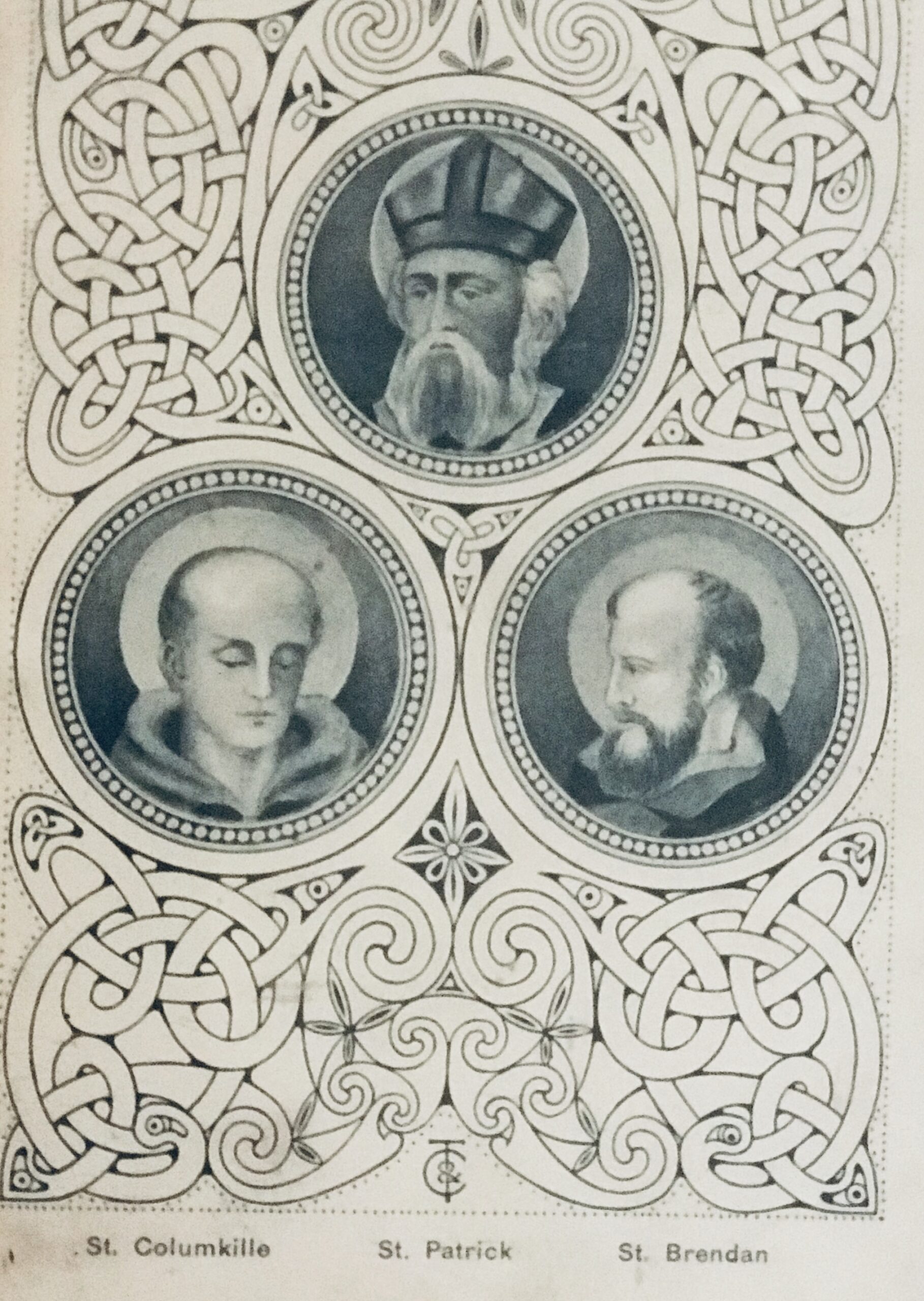 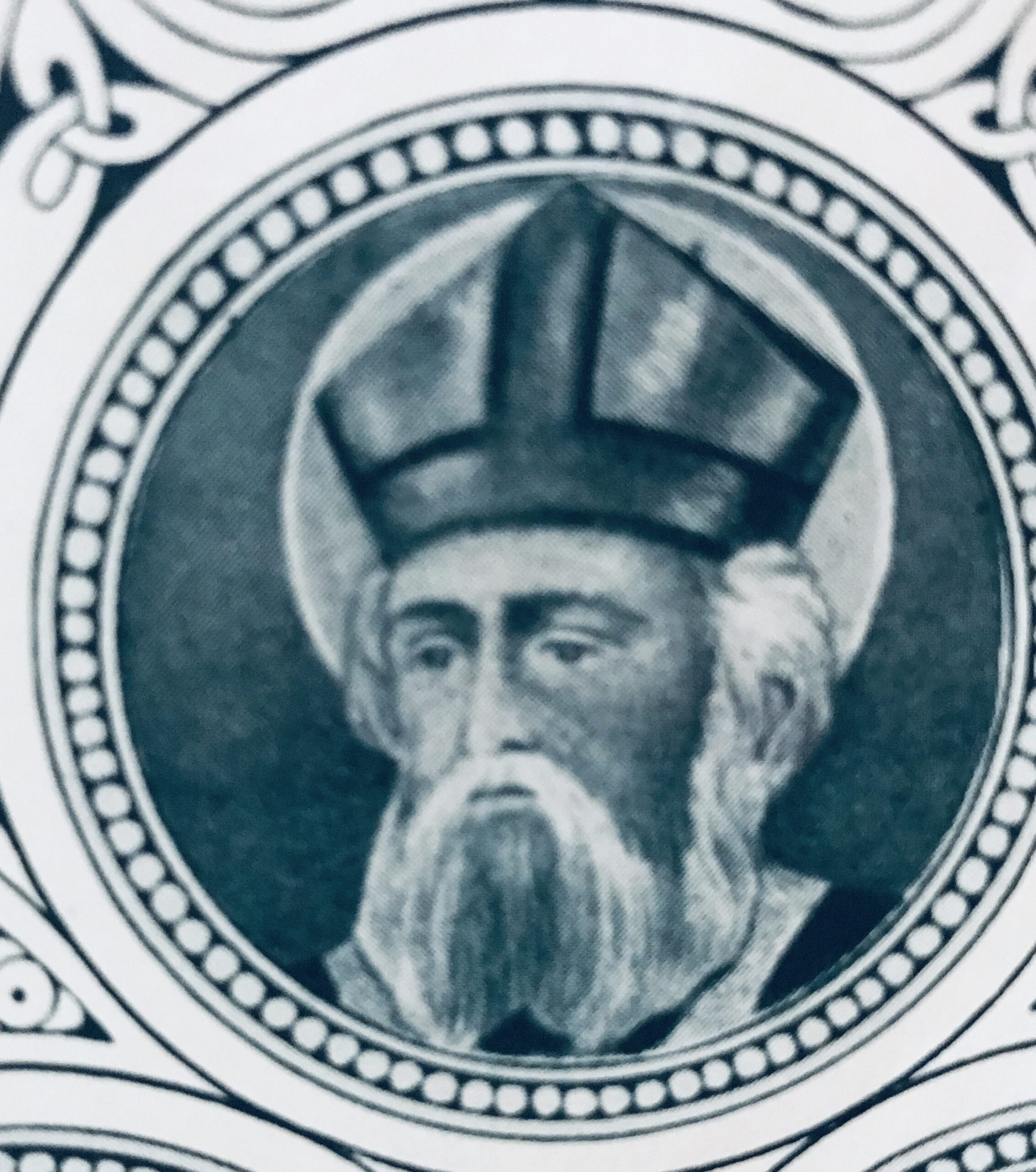 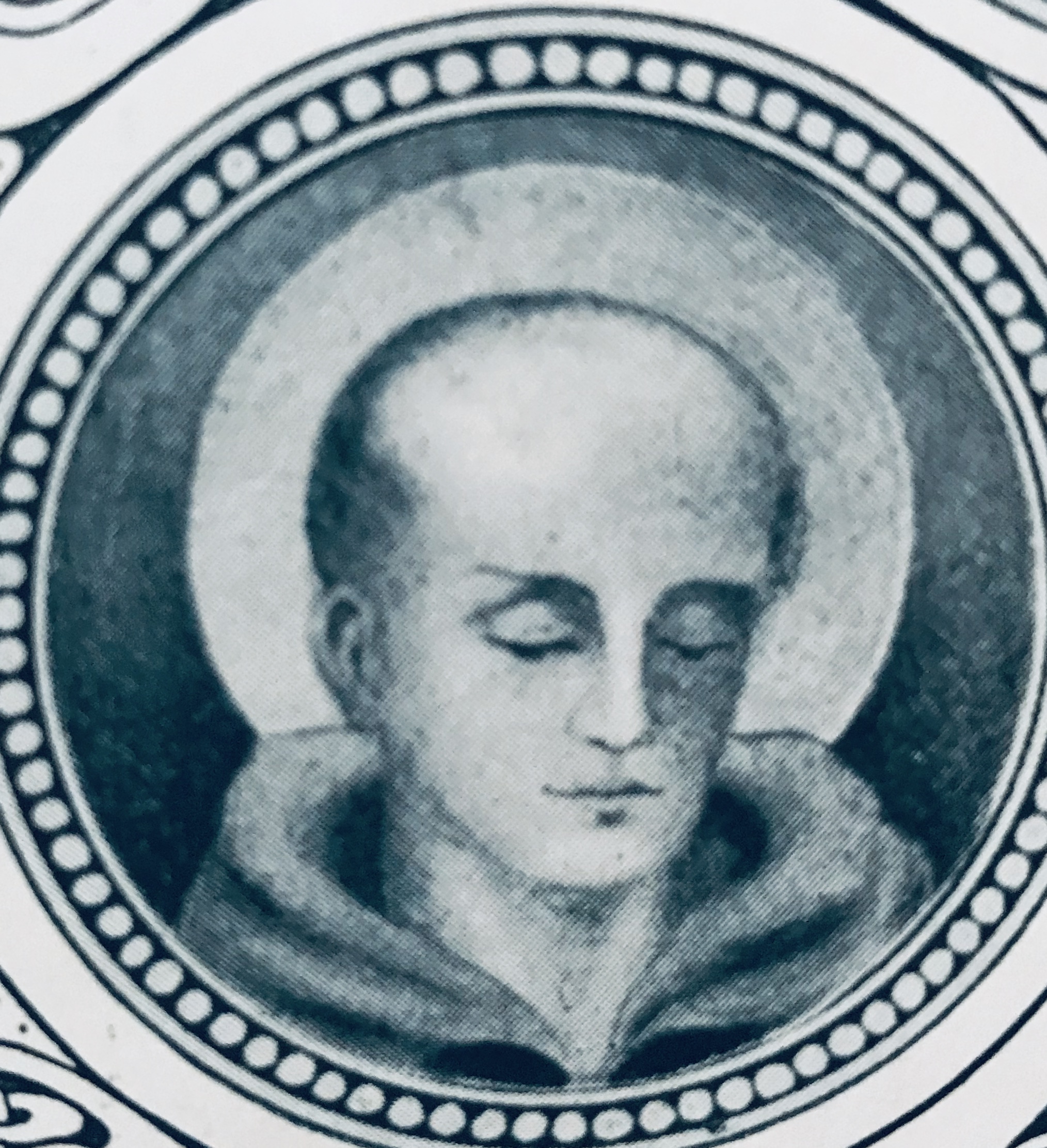 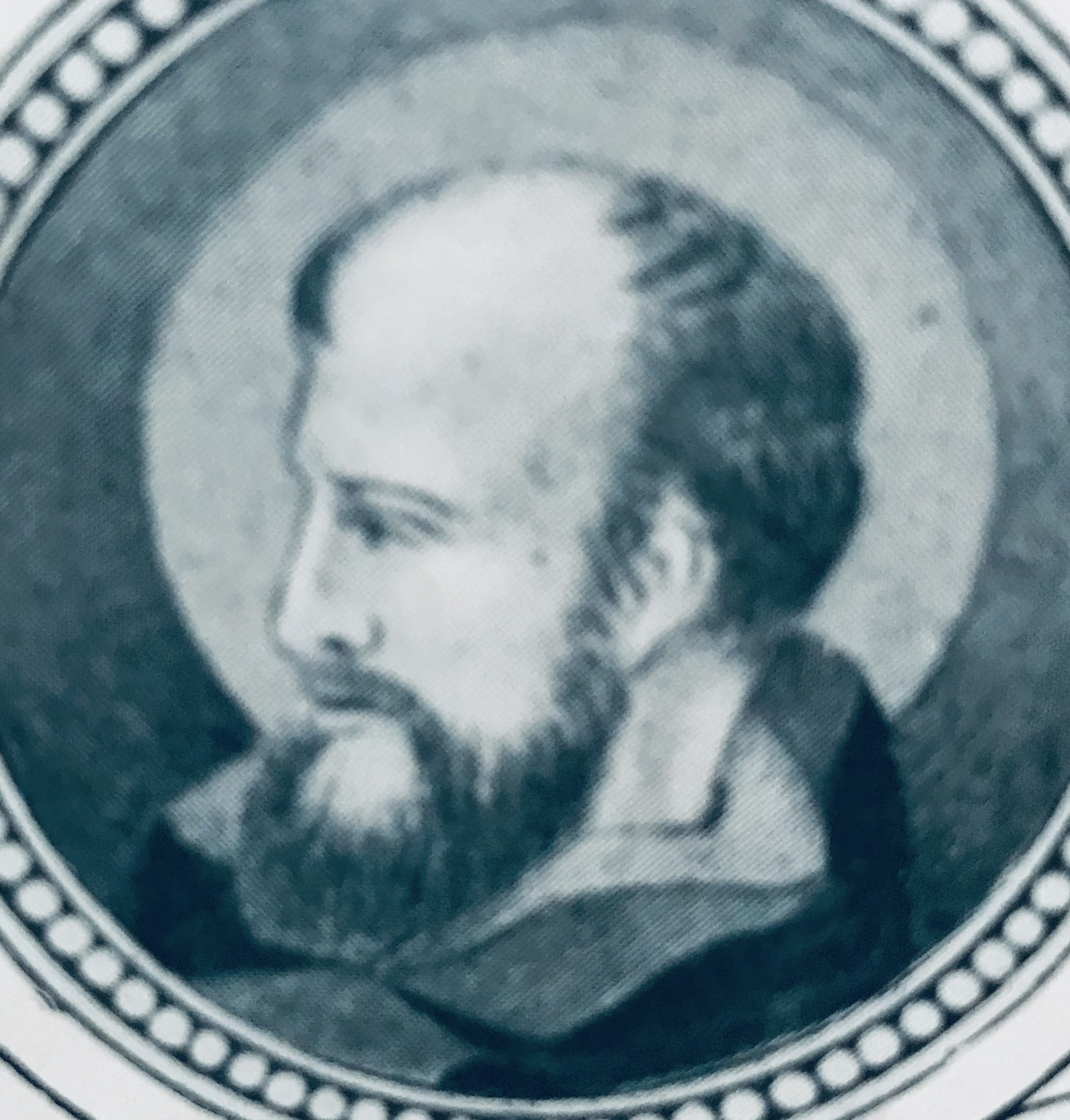