Power’s Pure Pot Still Whiskey display depicting scenes  after the 1961 Fire at Johns Lane distillery, when the burned whiskey barrels were literally overflowing down the street and thirsty onlookers were drinking it off the ground as you can see in these iconic photographs 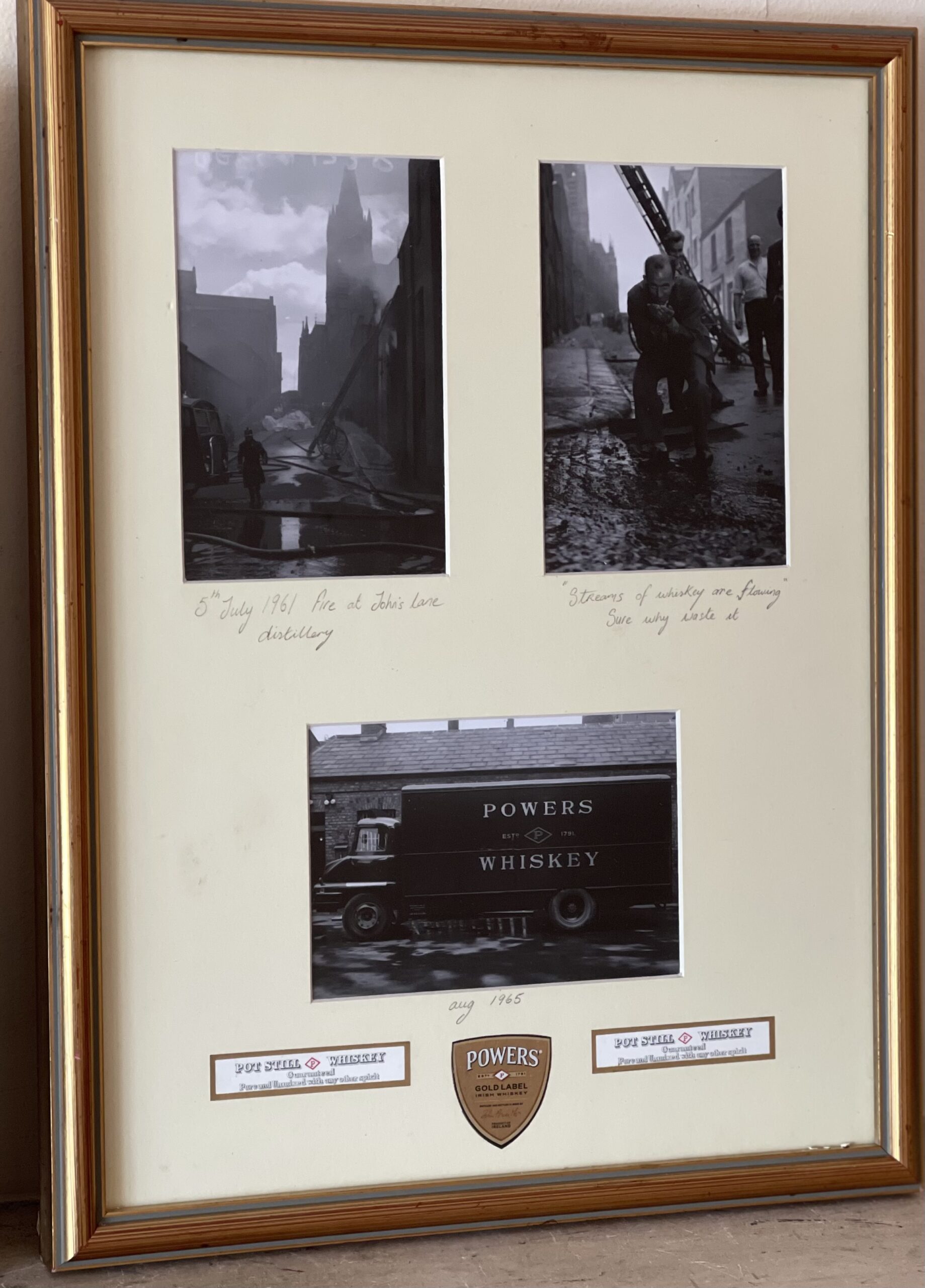 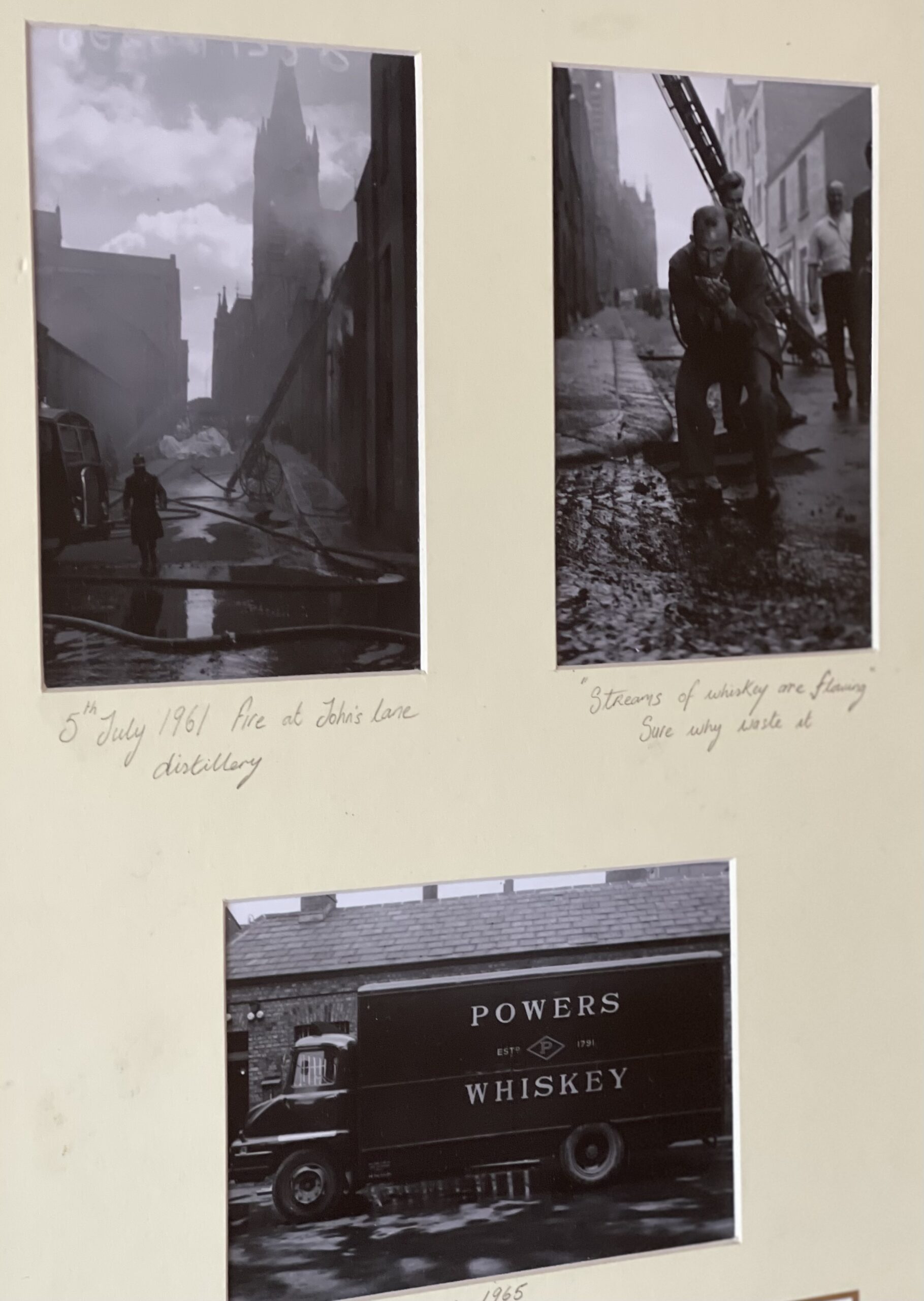 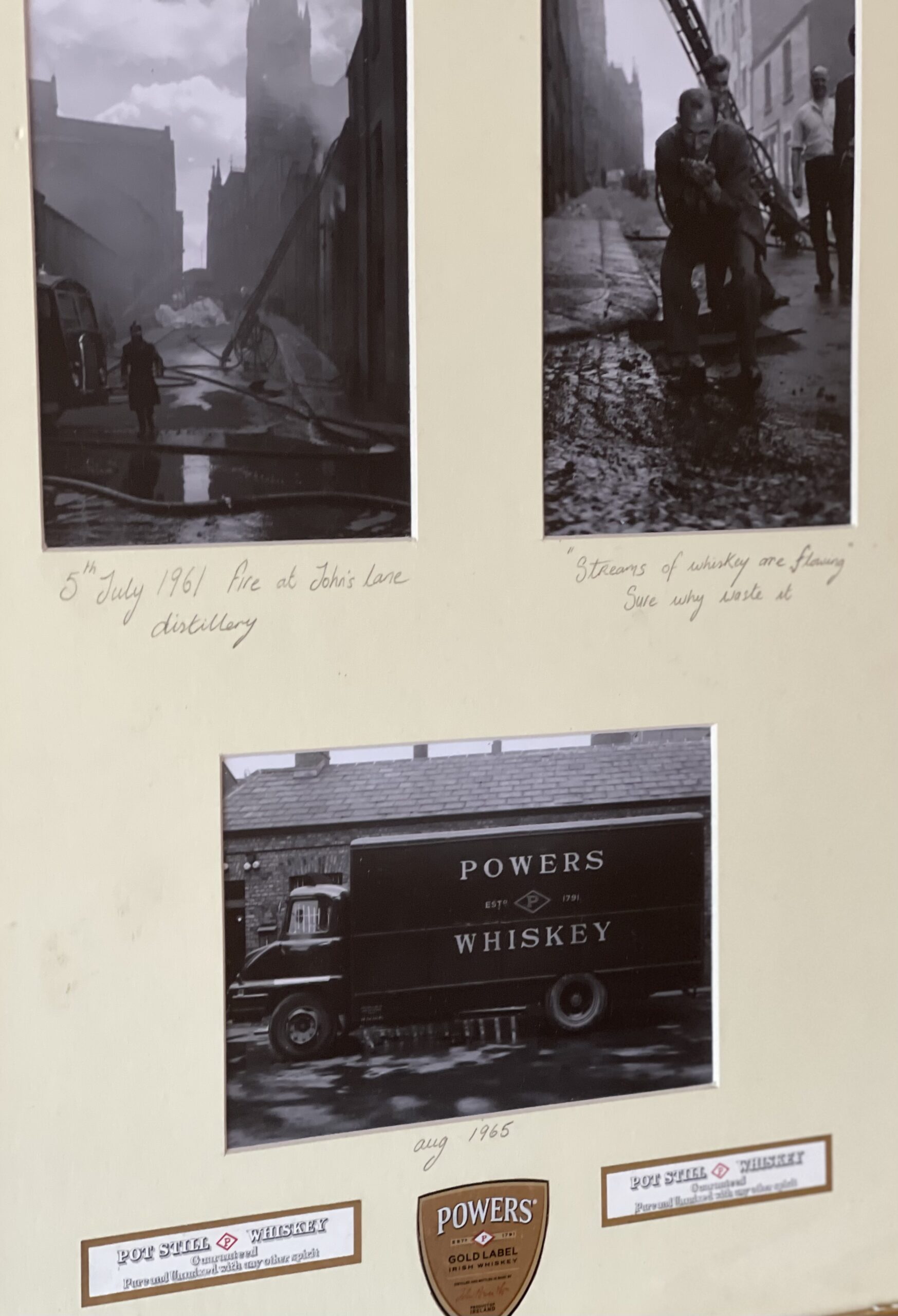 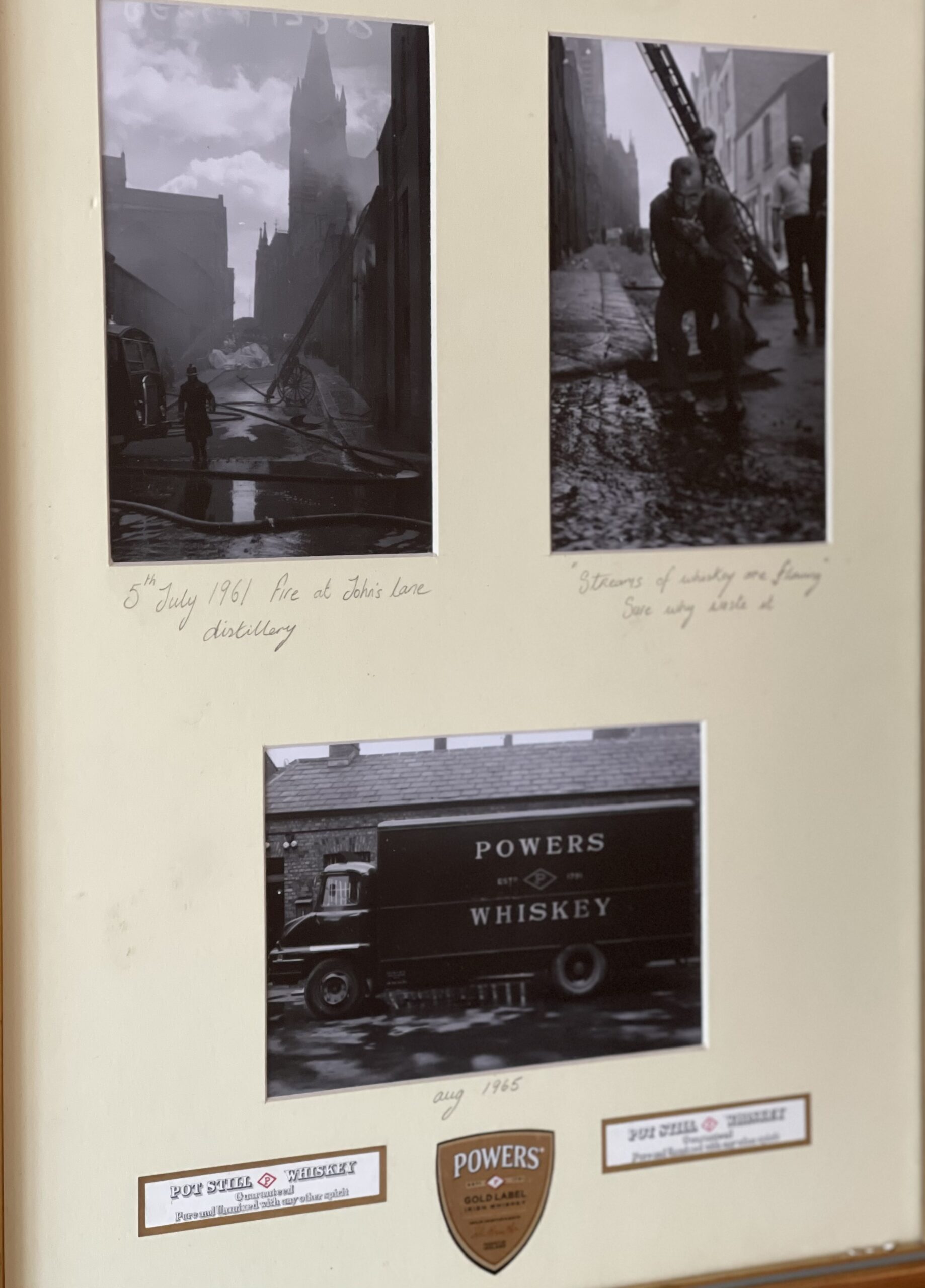