If ever a time symbolised flag-waving, delirious, green white and orange national pride, Italia ’90 was that time.

It all came down to one single glorious moment on a steamy June night in the Stadio Luigi Ferraris in Genoa when Packie Bonner saved that penalty and a deafening Une Voce roar erupted, ricocheting through every home and bar across Ireland.

We had made it through to the quarter-finals of the World Cup but we might as well have won and no-one wanted to let that moment go.

Back home, cars catapulted onto the streets of every town and village with horns honking and flags wavering precariously from rolled-down windows. In Donegal an impromptu motorcade, suddenly, impulsively headed for Packie’s home place in the Rosses, where fans danced in the front garden and waved the tricolour.

It was an epic display of patriotic fervour and a defining moment, not just for Irish football but for our sense of identity.

Historian and author, John Dorney describes it as the moment when Irish identity and international football collided.

In his analysis of the era, he concludes that the Irish team’s English manager, Jack Charlton neither knew nor cared about the multiple divisions in Irish society. Likewise, many of the team had been born in England of Irish ancestry and were “a clean slate” without baggage.

“The 11 men on the football fields of Italy in the 1990 tournament represented a joyous shedding of much that had gone on before,” he points out.

In the previous decades leading up to Italia ’90, the Irish flag had been politicised and people in the Republic felt disengaged from the so-called Troubles

“They were saying we can be proud of our flag and we can carry it with us and it doesn’t have to mean x, y or z. It can just be our flag and that’s it.”

At the end of Ireland’s final game in Stadio Olimpico in Rome, a tearful-looking Charlton brandishing a large tricolour as he led the players in a lap of honour in moving tribute to the fans, instantly became one of the abiding memories of an unforgettable tournament.

It had all begun low key with the odd flag-waving fan among the stay-at-home supporters but by the time Ireland had reached Genoa for the game against Romania, excitement levels had rocketed to fever pitch.

Flags were suddenly everywhere. Children beamed out from tricolour-painted faces and funny hats in the colours of the national flag had even made their way into the usually more solemn sports studios of the National Broadcaster.

Bill O’Herlihy, who remained at home to anchor the RTE coverage, recalls Italia ’90 as a defining moment, not just for the team and for soccer coverage but for the fans who rallied behind the team.

“You have to remember that the World Cup is the biggest sporting event in the world so the fact that we qualified for the first time, meant there was a great sense of national pride.

“In my judgment it was the best time I ever remember in Dublin. We all walked a little taller. There was much less crime. There was an awful lot of happiness and joy and a huge number of celebrations. It was more than a soccer event. It was a national event.

“Everywhere you went there were flags flying. It was later calculated that everybody over the age of 4 was watching RTE to see that the penalty shoot out in Genoa which was an astounding thing,” he said.

The veteran sports’ broadcaster pointed out that Italia ’90 was also a defining time for Irish fans abroad.

“I think we are very proud of our sports people and we have a great sporting tradition. The Irish flag is central to that in my estimation and we respect the flag because of the way we behave when we are away.

“Everyone was talking about the Irish fans.”

He has no regrets about being in Dublin for the tournament and for the return of the team when half a million people turned out on the streets of the capital to welcome them home.

“It was a very special time and I don’t think it will ever be replicated. When we got to the next World Cup finals in 1994, I got a sense that the celebration was a bit forced. In 1990 it came from the heart.” 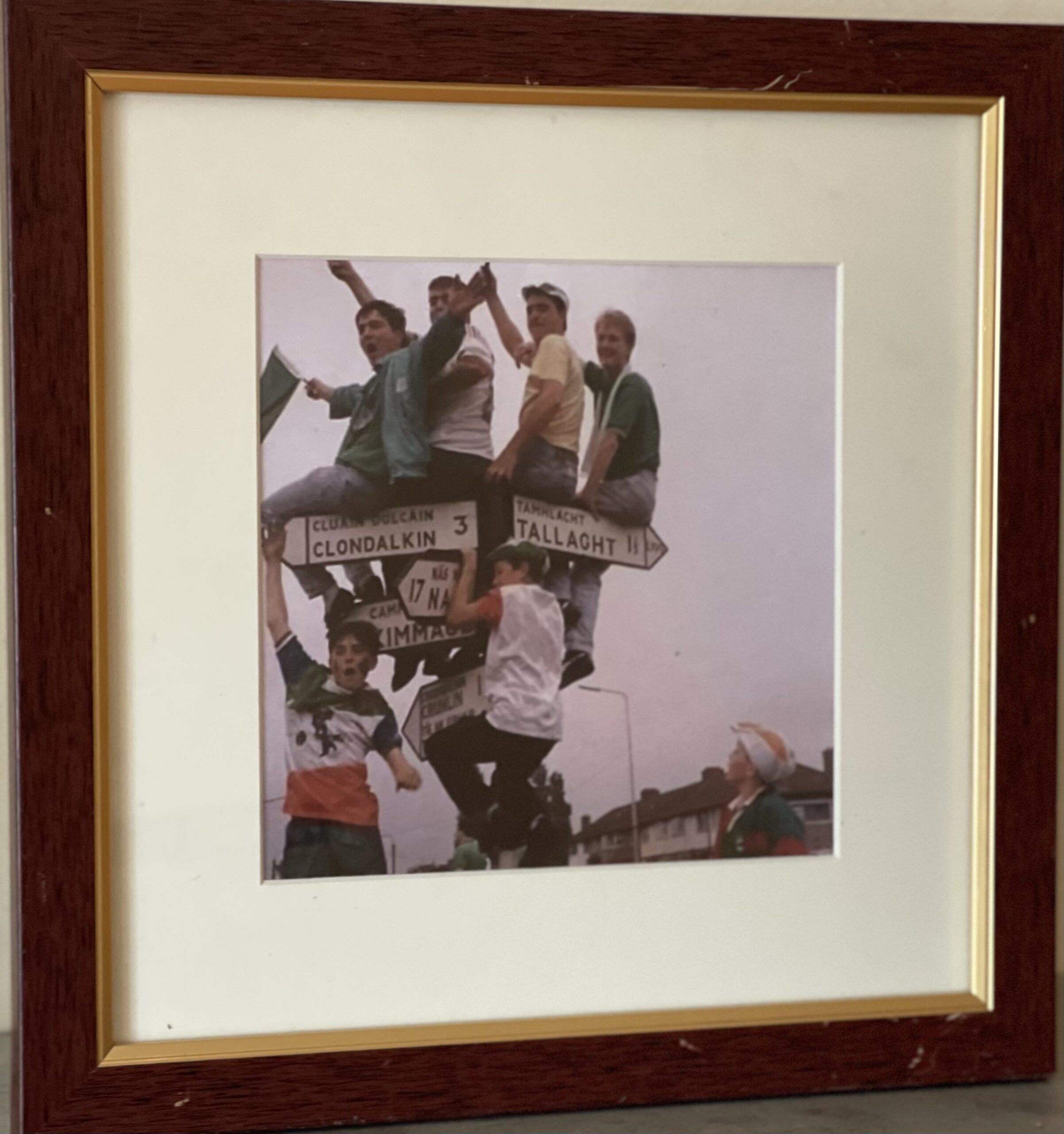 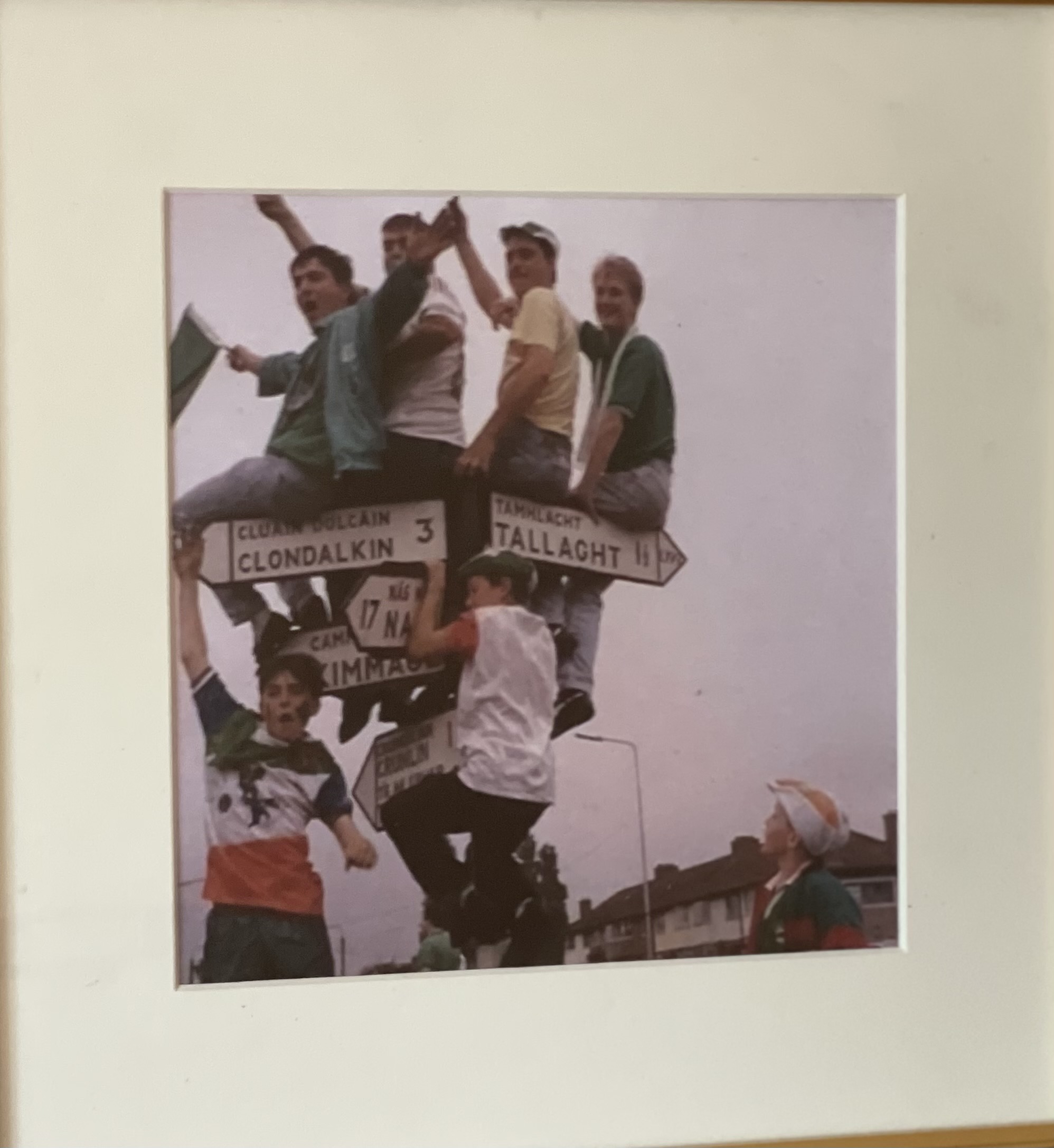 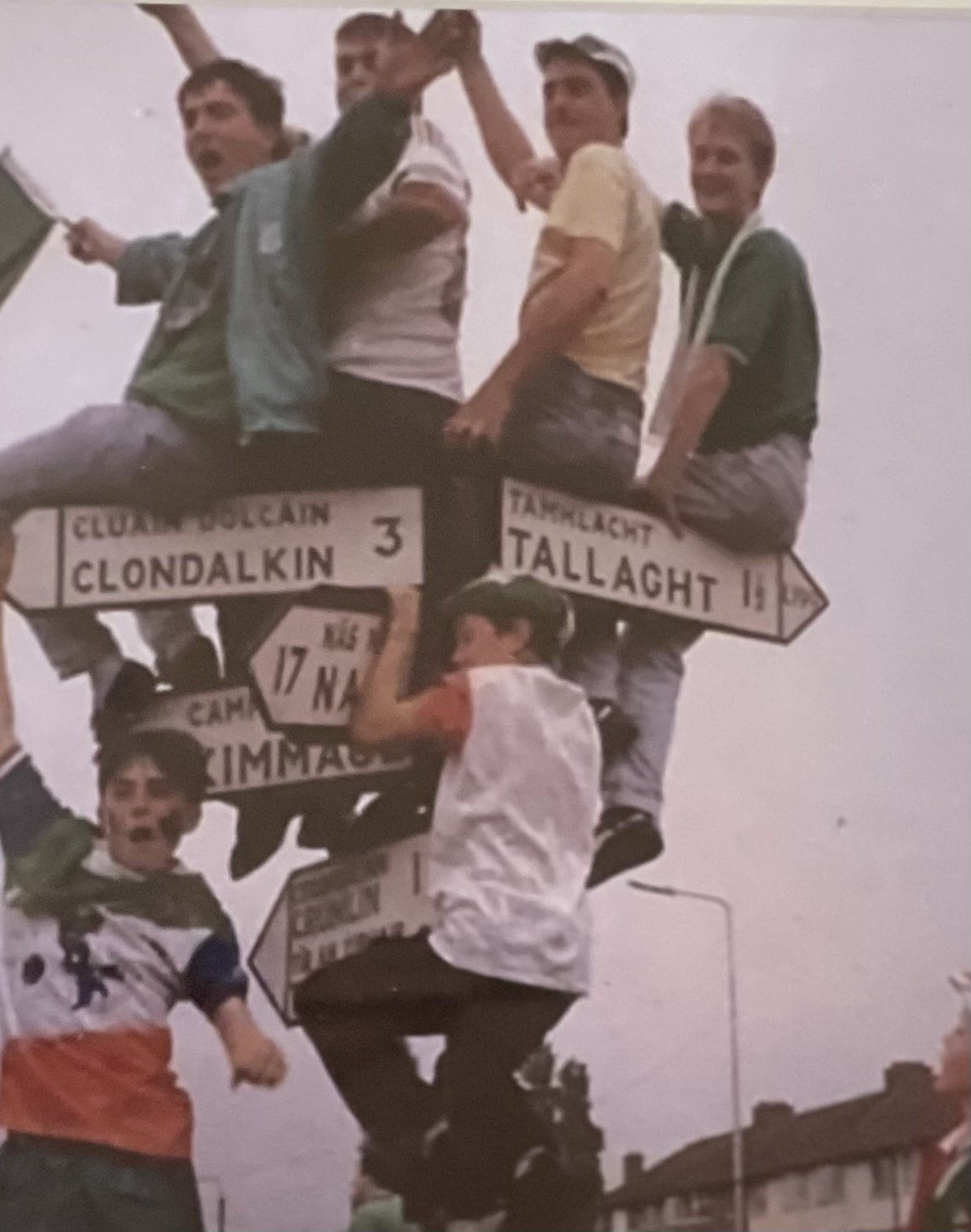 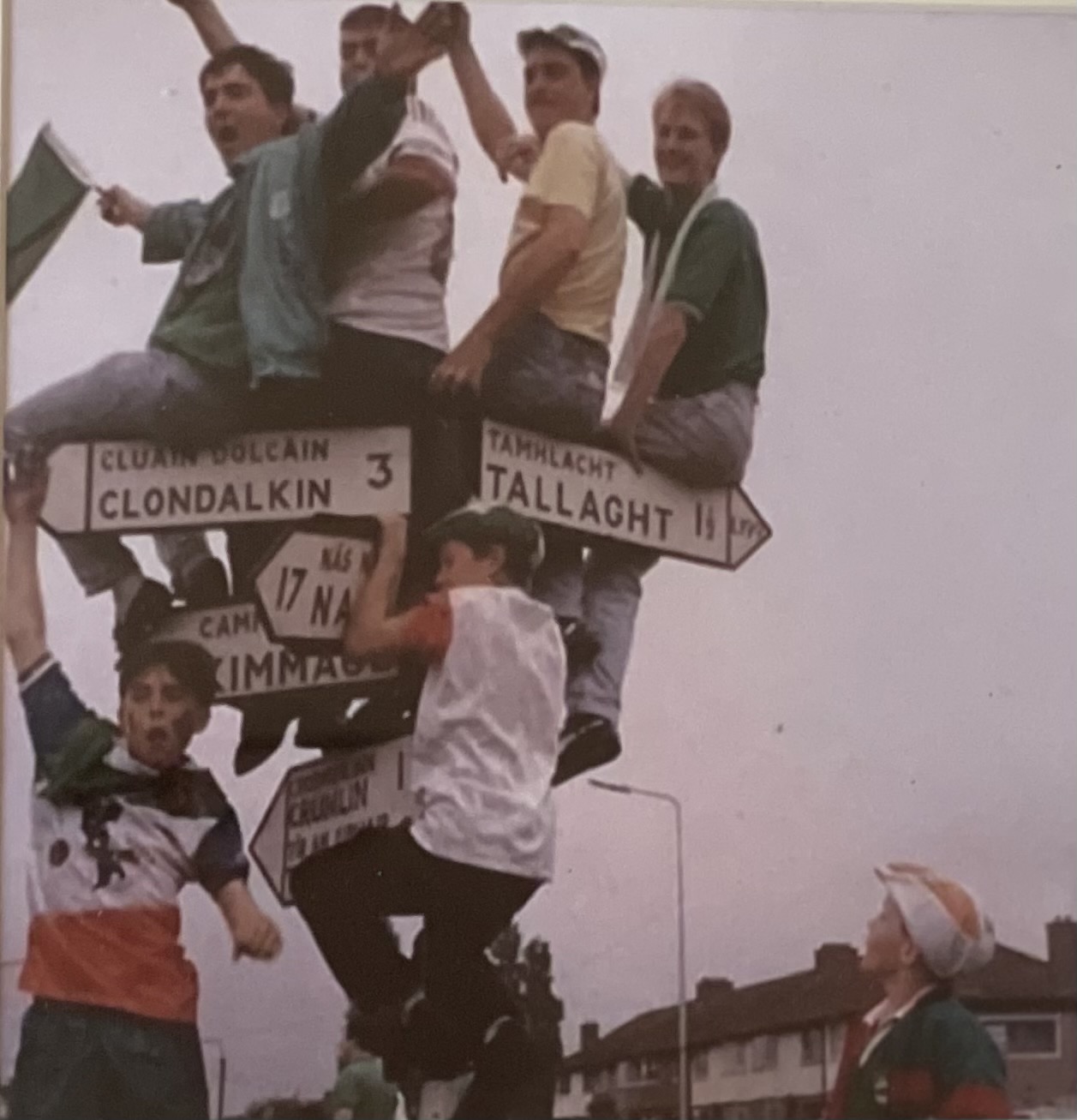