Irish Literature comprises writings in the Irish, Latin, and English (including Ulster Scots) languages on the island of Ireland. The earliest recorded Irish writing dates from the seventh century and was produced by monks writing in both Latin and Early Irish. In addition to scriptural writing, the monks of Ireland recorded both poetry and mythological tales. There is a large surviving body of Irish mythological writing, including tales such as The Táin and Mad King Sweeny.

The English language was introduced to Ireland in the thirteenth century, following the Norman invasion of Ireland. The Irish language, however, remained the dominant language of Irish literature down to the nineteenth century, despite a slow decline which began in the seventeenth century with the expansion of English power. The latter part of the nineteenth century saw a rapid replacement of Irish by English in the greater part of the country. At the end of the century, however, cultural nationalism displayed a new energy, marked by the Gaelic Revival(which encouraged a modern literature in Irish) and more generally by the Irish Literary Revival.

The Anglo-Irish literary tradition found its first great exponents in Richard Head and Jonathan Swift followed by Laurence Sterne, Oliver Goldsmith and Richard Brinsley Sheridan. At the end of 19th century and throughout the 20th century, the Irish literature get an unprecedented sequence of worldwide successful works, especially those by Oscar Wilde, Bram Stoker, James Joyce, W. B. Yeats, Samuel Beckett, C.S. Lewis and George Bernard Shaw, prominent writers who left Ireland to make a life in other European countries such as England, France and Switzerland. The descendants of Scottish settlers in Ulster formed the Ulster-Scots writing tradition, having an especially strong tradition of rhyming poetry.

Though English was the dominant Irish literary language in the twentieth century, much work of high quality appeared in Irish Gaelic. A pioneering modernist writer in Irish was Pádraic Ó Conaire, and traditional life was given vigorous expression in a series of autobiographies by native Irish speakers from the west coast, exemplified by the work of Tomás Ó Criomhthain and Peig Sayers. The outstanding modernist prose writer in Irish was Máirtín Ó Cadhain, and prominent poets included Máirtín Ó Direáin, Seán Ó Ríordáin and Máire Mhac an tSaoi. Prominent bilingual writers included Brendan Behan (who wrote poetry and a play in Irish) and Flann O’Brien. Two novels by O’Brien, At Swim Two Birdsand The Third Policeman, are considered early examples of postmodern fiction, but he also wrote a satirical novel in Irish called An Béal Bocht(translated as The Poor Mouth). Liam O’Flaherty, who gained fame as a writer in English, also published a book of short stories in Irish (Dúil).

Most attention has been given to Irish writers who wrote in English and who were at the forefront of the modernist movement, notably James Joyce, whose novel Ulysses is considered one of the most influential of the century. The playwright Samuel Beckett, in addition to a large amount of prose fiction, wrote a number of important plays, including Waiting for Godot. Several Irish writers have excelled at short story writing, in particular Frank O’Connor and William Trevor. In the late twentieth century Irish poets, especially those from Northern Ireland, came to prominence with Derek Mahon, John Montague, Seamus Heaney and Paul Muldoon. Other notable Irish writers from the twentieth century include, poet Patrick Kavanagh, dramatists Tom Murphy and Brian Friel and novelists Edna O’Brien and John McGahern. 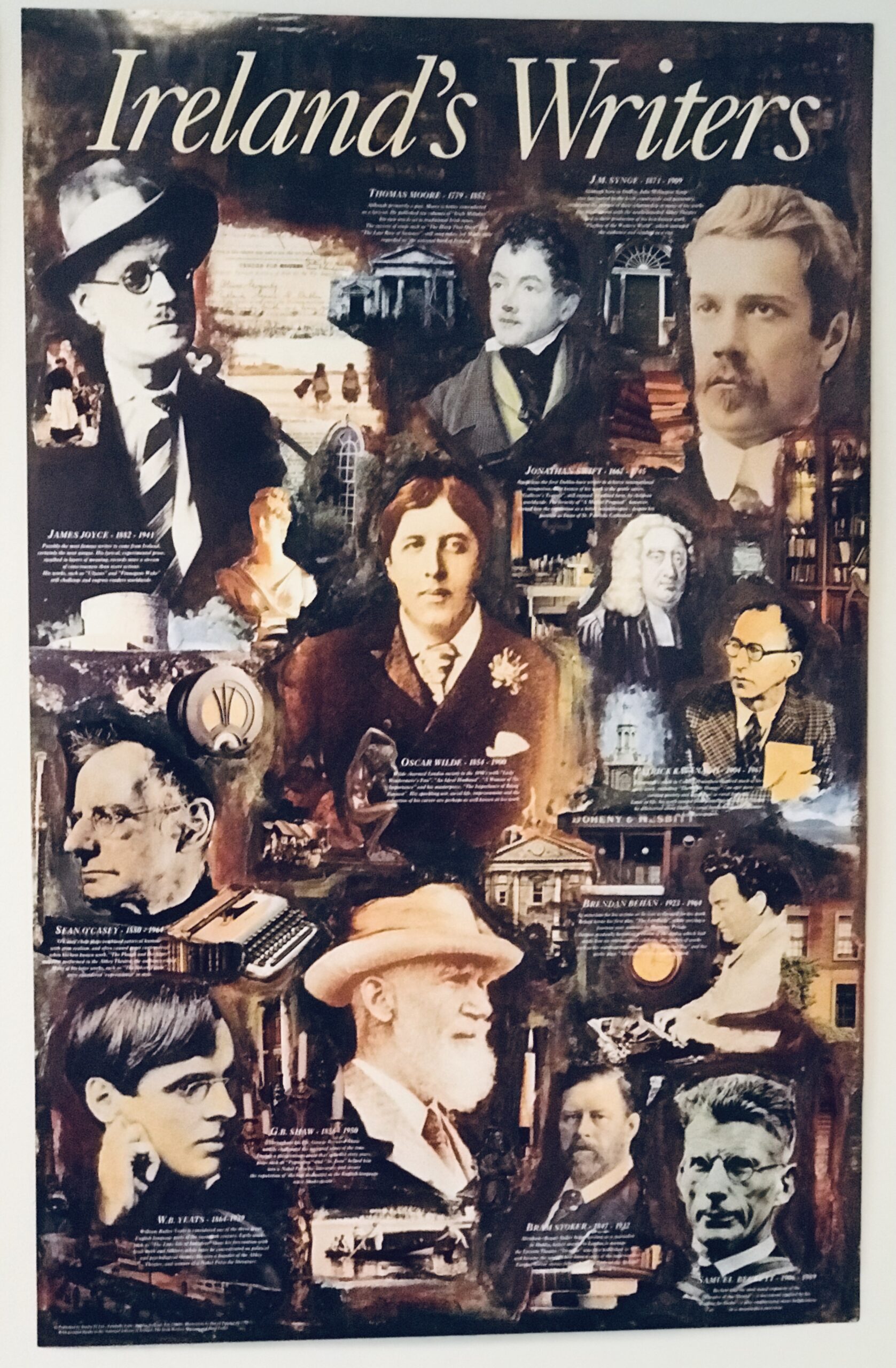 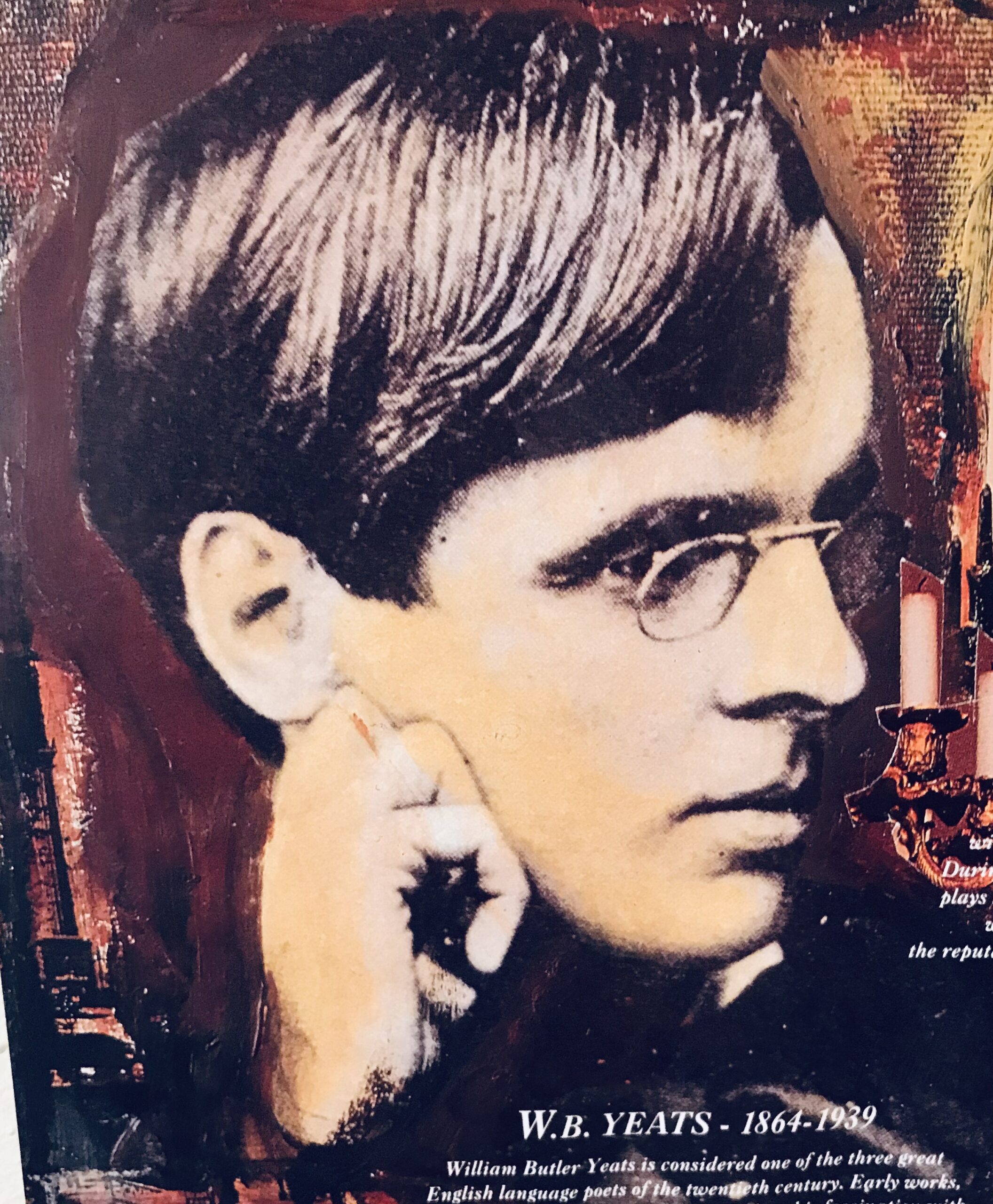 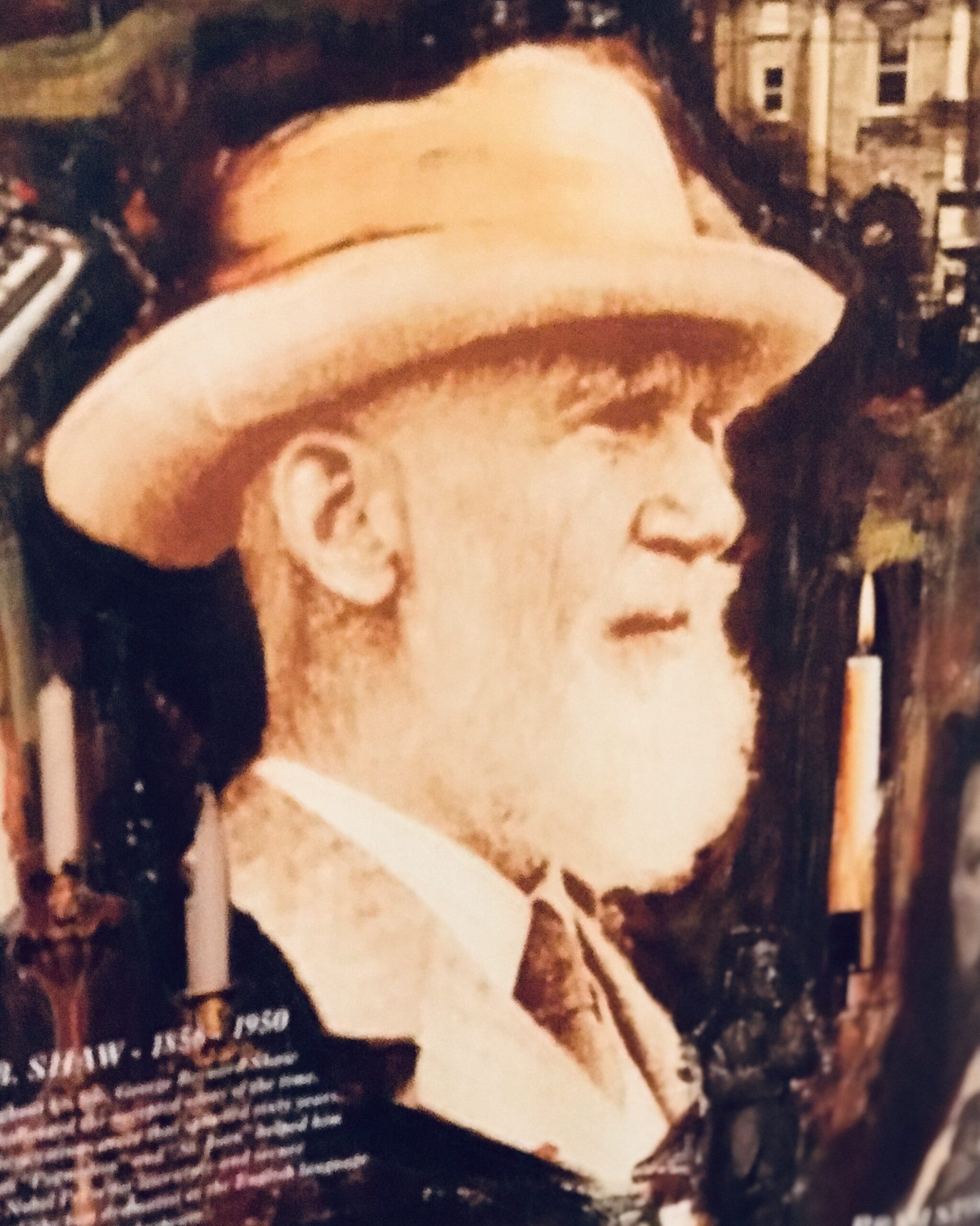