Atmospheric photo from 1946  of two of the greatest hurlers in the history of the GAA in its original vintage frame -a veteran Mick Mackey of Limerick and a fresh faced Christy Ring of Cork.The only shame was they never met on the playing field while at the peak of their powers,Mackey being older and in decline when Ring was lording it on the pitch.Although they had their controversial moments together ,there was a massive mutual respect between the two men.this photo was taken after a challenge match between their respective clubs,Mackey’s Ahane of Limerick and Ring’s Glen Rovers of Cork – it proved to be the last time the two legends met on the field of play. 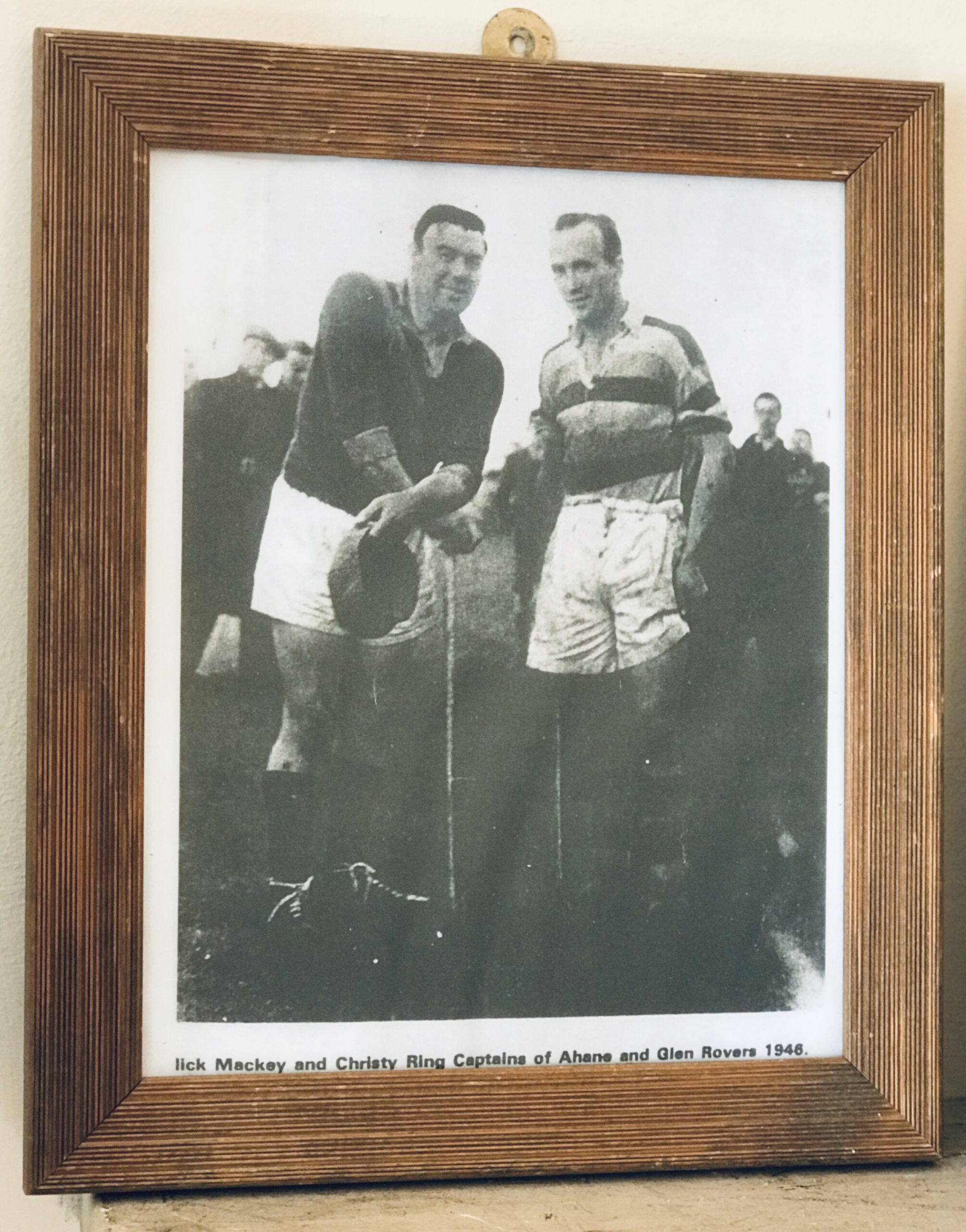 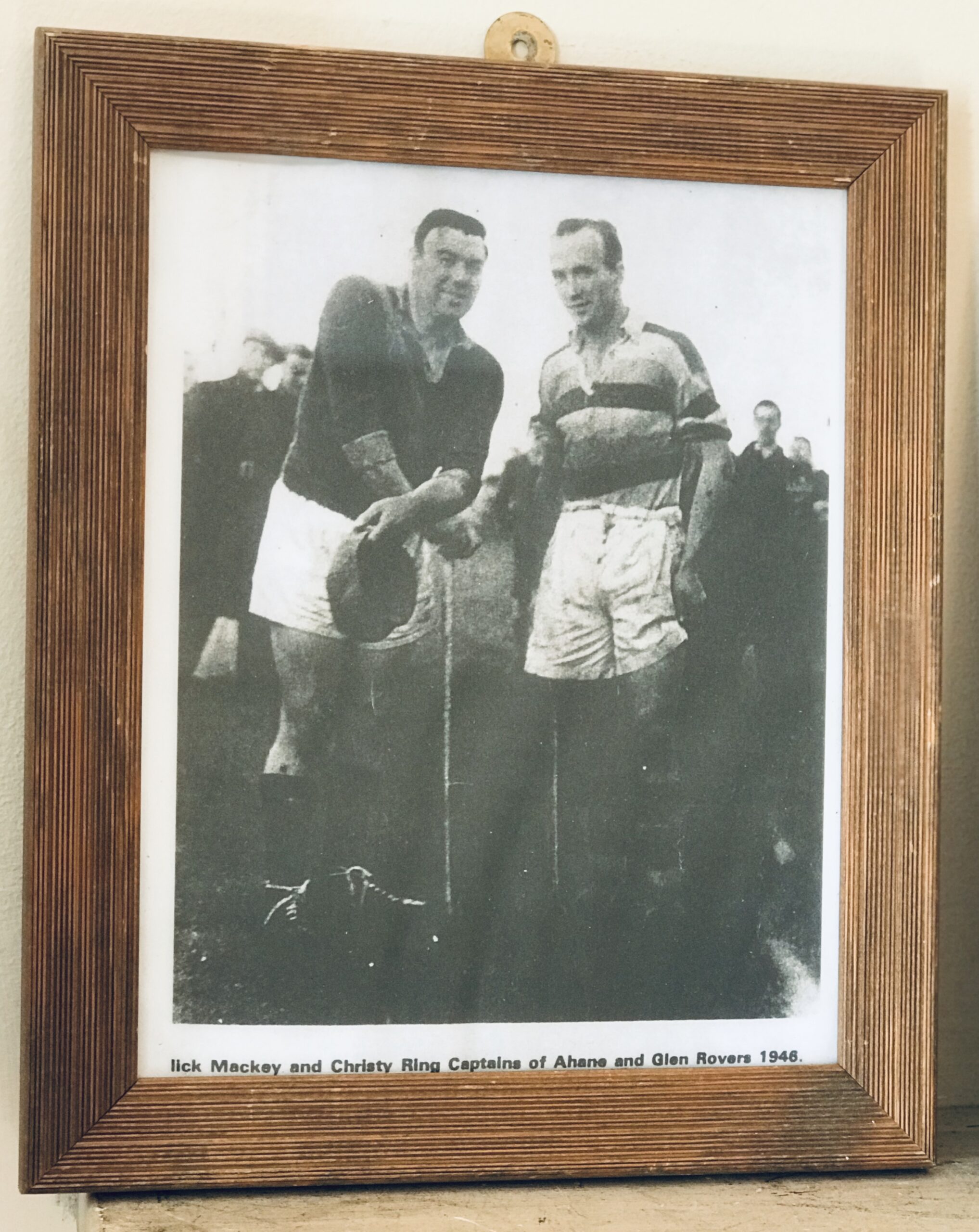